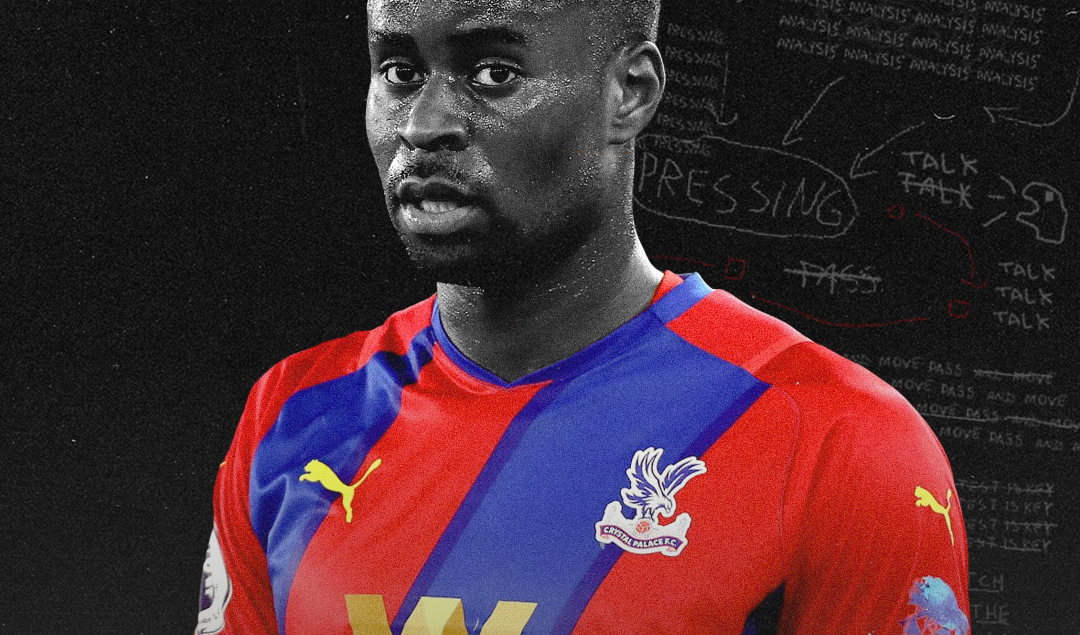 “I knew I was good enough; I just needed a platform…obviously it has come this season, and I have took it well.”

These were the words of Trevoh Chalobah ahead of Chelsea’s trip to Luton in the FA Cup. The 22-year-old has been a revelation at the heart of Chelsea’s backline this season, but for many Blues fans, it was presumed another Cobham graduate would make the step up as Chelsea looked to rejuvenate their ageing defence.

Instead, Marc Guehi has made a name for himself south of the Thames as part of Patrick Vieira’s youthful regeneration at Crystal Palace.

Ivorian born, South London raised, with aspirations of England firmly at the forefront of his focus. Guehi is not short of admirers. He lets his football do the talking; he knows the call is coming.

You do not after all take on the captaincy of one of the capital’s biggest clubs at 21 without the clarity and resilience of a man 10 years your senior.

Odsonne Edouard: The Final Piece of the Crystal Palace Jigsaw

It takes a strong man to walk away from the club you’ve called home since eight years old. But such is Guehi’s religious upbringing, there is always a plan. Palace signalled a return to his roots, a natural-born leader in his natural habitat. Under Guehi’s leadership, Palace are fearless and focused. Welcome to the wild, Selhurst Road.

In four years at his boyhood club, Roy Hodgson cultivated backs to the wall football, stability over style. Dead front, but the back came deadly.

It bred success, but with a ceiling. Palace were always looking over their shoulders as relegation fodder tried to breach their resistance. They defended stoically but rarely awoke the famous Selhurst atmosphere.

Under Vieira, Palace have become a more Laissez-faire collective, taking the game to teams. With famous wins over Tottenham and Manchester City underpinning this move towards creating not consolidating memories in the top-flight.

Guehi’s influence in this transformation cannot be understated for his composure and presence of mind allow Palace to take risks further up the pitch.

The youngster has started 27 games this season, completing the full 90 in every one. Only Tyrick Mitchell has started more for Palace.

Comfortable in and out of possession, Guehi has allowed The Eagles to spread their wings. They press higher, more regularly and with more intensity. A product of their newfound youthful vigour.

But this has not come at the expense of the core defensive principles that Palace’s recent success has been built on. It has actually improved, though, of course, the sample size is still small – Palace are conceding an average of1.39 goals per game this season compared to 1.73 last season.

Defending is in Guehi’s genes, unlike many defenders his age he has always had his eyes set on commanding a backline. A defender in his youth, he has worked his way through the age ranks before rising to prominence on loan at Swansea City.

During two years in South Wales Guehi initially struggled with the step up to the professional game. But under Steve Cooper’s tutelage, with whom he won the U-17 World Cup with England, Guehi showed an impressive resilience as The Swans made it to the play-off finals, boasting the league’s third-best defence.

From the third-best defence to Palace’s third most expensive signing, Guehi endured a whirlwind summer following defeat to Brentford in the play-off final.

His £18 million transfer fee is less a burden than a recognition of his ability and potential. Whilst SL may be synonymous with SE25, Guehi’s mission is far from complete as he looks to follow in the footsteps of fellow dual national Wilfred Zaha and make a name for himself in South London.