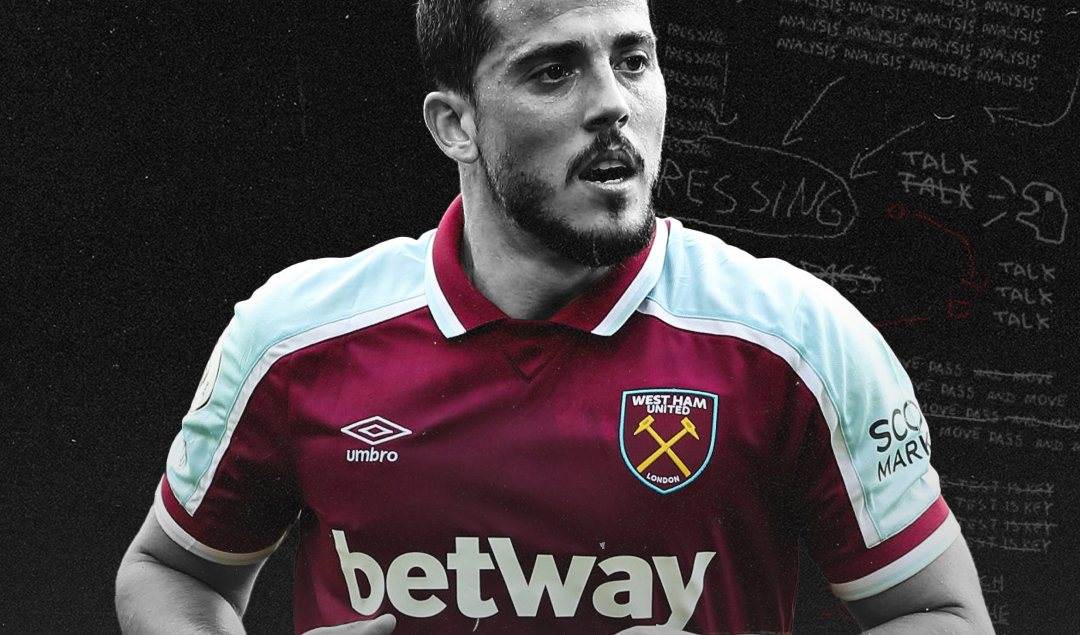 West Ham manager David Moyes has developed a habit of slowly introducing new signings into his starting line-up. The Scotsman, well-known for slow-balling recruitment processes at his clubs, tends to take a while to warm to unfamiliar personnel. Pablo Fornals – now a full international – was not an exception to the rule.

Although Fornals arrived at the London Stadium several months before Moyes returned, the Spaniard’s first season in England’s capital was frustrating. He was substituted 17 times, the most of any West Ham player, and made a further 12 appearances from the bench. It was impossible for the then Premier League rookie to find his flow – and it showed in his attacking output.

Fornals contributed just two goals and five assists in league play during 2019/20. Two years earlier, then 21-years-old, he led La Liga in assists (12), ranked fourth in division for expected assists (12 xA), and placed eighth for goal-creating actions (18) and progressive passes (45). In other words, the boy from Castellon had emerged as a ball-playing tour deforce – a midfielder already capable of being his team’s creative focal point.

However, Moyes was unmoved by Fornals’ record with Villarreal and Malaga, with it taking until the Spaniard’s second season in East London for him to break into his manager’s circle of trust. In 2020/21, Fornals made 31 starts in the Premier League, increasing his playing time by over 400 minutes on the season before. Though his raw numbers improved (he notched five goals and four assists in the top-flight), it was developments in his all-around game that saw his relevancy increase.

In his second season with West Ham, Fornals was more accurate and progressive in his passing – a leap that saw his non-penalty expected goals and assists increase from 5.0 to 9.0. Although it is over the last 365 days that he has been particularly impressive.

When compared to attacking midfielders and wingers from Europe’s Big Five leagues, West Ham’s creative hook consistently ranks in the top ten percent for defensive actions. Fornals makes, on average, 20.5 pressures per 90, and is in the 91st percentile for interceptions and blocks for players of his position.

In Spain, Fornals emerged as an intriguing offensive option – a player who was trusted by his coaches to make an impact in the final third. In the East End, his game has become more well-rounded, sculpted by Moyes’ preference for dependability over flashiness.

“My passion and my desire on the pitch is the same as [in 2018/19],” Fornals said in November 2020. “It will be the same next season. We are playing differently. I’m playing more inside than outside, and I’m feeling good. I am playing a lot, I’m working for my team-mates — I’m happy.”

The Spaniard’s comments marked quite the turnaround –a year earlier he seemed downtrodden, weighed down by the force of expectation that comes attached with marquee-signing status in Stratford.  Moreover, any doubts that lingered over Fornals in 2020 have since evaporated. He is back in the Spanish national team and is enjoying himself on the pitch again.

“I’m really happy here. I always say the same. My environment is happy here, I love [West Ham], the supporters are happy not just with me but with everyone because we are in a great moment,” Fornals said shortly after Spain’s controversial Nations League final defeat to France.

“It was unbelievable [to play in the Nations League final]. I’m really happy, obviously not 100 per cent happy because we didn’t get the gold medal, but for me and for my family it was a massive moment.

“For a normal boy from a small city in Spain, who as a child grew up at home looking for his new life, getting called for the Spain national team, which is one of the best football nations in the world, and getting some minutes in the final, for me and for my people it was a massive moment.”

These days, Fornals isn’t an outsider looking in. His form in the Premier League since the start of the 2021/22 campaign has solidified his place in Luis Enrique’s set-up and brought new attention to his performances with West Ham.

The Rise and Fall of Manuel Lanzini

Eight games into the new Premier League season, Fornals already has two goals and one assist to his name. Even so, there are reasons to believe that his output could improve further. He is currently shooting slightly beneath his on-target ratio, which suggests his scoring clip could improve as the year goes on.

That said, goal-scoring isn’t the main component of the 25-year-old’s toolkit. It never has been – nor is likely to be in the future. Defensively, Fornals has been impeccable for West Ham this term. Sitting on the left tip of the Hammers’ midfield, he has a key role to play in Moyes’ system – and he plays it well.

Almost without exception, Moyes’ preferred system this season has been a 4-2-3-1. Tomas Soucek and Declan Rice are stationed at the base of West Ham’s buffer zone, with Said Benrahma and Jarod Bowen joining Fornals in the space behind lone-striker Michail Antonio.

Fornals’ offensive assignment is two-fold. First, he must keep the ball safe – if West Ham concede, it isn’t often because a forwards has squandered possession needlessly. Second, he must find Antonio, Benrahma, or Bowen quickly. Moyesball is quick by design – and slow when time-wasting is in order.

Off the ball, Fornals’ job is to press. Backed up on the left by Aaron Cresswell, Angelo Ogbonna, and Rice, he can actively pester opponents safe in the knowledge that any gap he may leave isn’t uncoverable. If – or when – Rice moves on, the Spaniard’s defensive role will change. Until then, he is expected to fly around the final third, leaving everything on the pitch.

After a rocky start to life in East London, the future is bright for Fornals. Although he hasn’t grown into the kind of playmaker he might have expected, he has surpassed his dreams in other ways.

Fornals isn’t a luxury player. He won’t be remembered for flashy passes or long-range goals. Instead, he will be heralded as a player of fascinating utility – one who understood the demands of his managers, always rose to them, and was rewarded accordingly.

Fornals isn’t a unicorn – his play isn’t impossible to replicate. But he is a chameleon – a midfield maestro with fairy dust in his boots and discipline in his heart. His capacity for adaption is what makes him indispensable to Moyes and is the reason why he is in West Ham’s circle of trust.

Pablo Fornals? Underrate him at your peril.