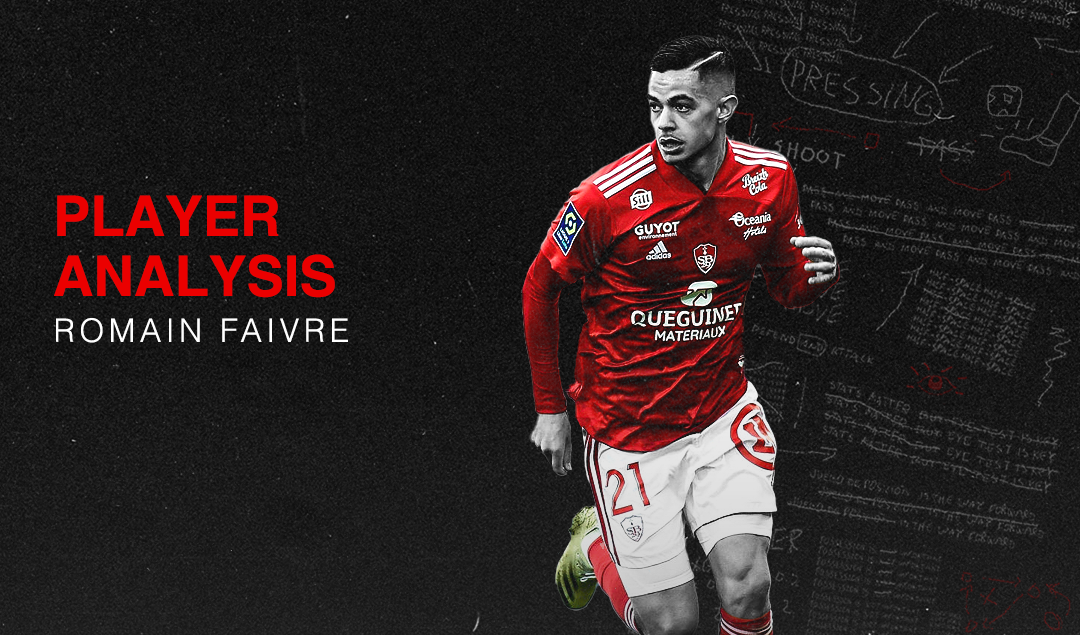 Ligue 1 has a habit of producing these footballing gems who seem to fly under the radar for no other reason than the excuse that the competition is “a farmer’s league.” That belittling comment couldn’t be further from the truth, and arguably every team has a player capable of competing in European competition with relative ease.

For Stade Brestois 29, more commonly known as Brest, that man is Romain Faivre; the epitome of an attacking gem, shining in the rough. Signed from Monaco for a pittance, just £360,000, Faivre has left his former club ruing what could’ve been this year. Whilst the Monegasque side sit fourth, there’s no doubt they could have used Faivre’s immense quality in the final third in their bid for Champions League football.

He played just one game, in 2018/19, for Monaco’s first-team, and in a desperate search for regular football, he found Brest last summer. Having signed a five-year deal upon arrival at Brest, it would take a rather large fee to pry Faivre away from the club, but it would certainly be worth it. Why, you might ask? Here’s why. 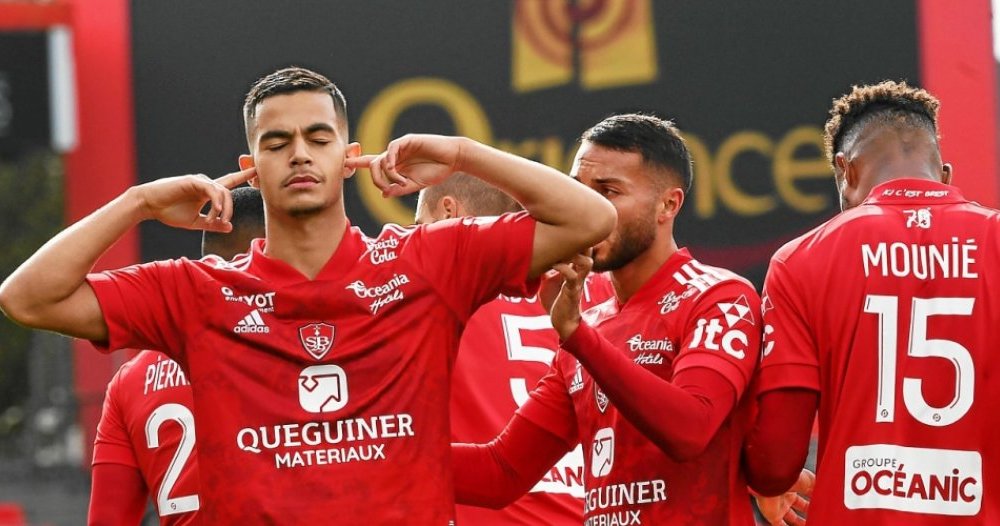 Brest’s star man is a versatile attacking midfielder capable of playing off either flank or in the middle as a number 10, and this adaptability is crucial for any modern footballer; he can plug any hole that may arise. With the joint second most goal contributions in the Brest squad with nine, behind only Franck Honorat, and by far the best underlying numbers, it’s clear why Faivre is so appreciated by those who have a vast knowledge of the French league.

Of players to play over 1000 minutes in Ligue 1 this season, Faivre ranks ninth for dribbles per 90, with 3.0, and second of those players with over 2000 minutes; he’s a regular in the side having featured in every league game so far, and he consistently produces.

He ranks 12th in the league, using the same metric, for key passes per 90, with 2.1, which by comparison would rank 11th in the Premier League, ahead of Heung-Min Son, 16th in the Bundesliga, ahead of Leon Bailey and Florian Wirtz, 12th in Serie A, ahead of Lorenzo Insigne, and sixth in La Liga, ahead of Ousmane Dembélé and Pedri.

Florian Wirtz Is the Best Player You’re Not Watching

Only Steve Mounié takes more shots per 90 in the Brest squad than Faivre’s 1.7, which incidentally is more than both Kai Havertz and Bernardo Silva are taking per 90 in the Premier League this season, and the France U-21 international contributes defensively as well. Making 2.5 tackles and interceptions per 90, only slightly less than Tottenham’s Tanguy Ndombélé’s 2.7 despite playing much more advanced than the Spurs man, Faivre helps with the dirty work, something that creative midfielders are becoming more frequently asked to do.

To add to that defensive contribution, his close control is immaculate, and the ball often seems glued to his foot, akin to Manchester City’s Riyad Mahrez. Just like the Algerian international, Faivre’s first touch is crisp and delicate, and for a 22-year-old, he always seems to make the right decision with precise accuracy and his set-piece deliveries are a notable quality.

He plays in a similar fashion to AZ Alkmaar’s Calvin Stengs and standing at 5”11, he stands out from the diminutive wingers and No.10s we see in world football. With an xG + xA per 90 tally of 0.37, better than Giovanni Reyna’s 0.36 and only 0.01 behind Leicester’s James Maddison, Faivre is a severely underrated creative force, and if he continues this fine form then clubs fighting for Champions League football will be sniffing around very soon.

He has started two of the three games in the group stages of the U-21 European Championship and appears to be a favourite under Sylvain Ripoll, and while he dropped to the bench for the third group match for Alexis Claude Maurice, he came on for Amine Gouiri in the 61st minute to close out their 2-0 victory over Iceland. As Les Espoirs aim to venture far in the competition and take on the Netherlands in the quarterfinals on May 31, Faivre could be pivotal to their hopes.

For any club looking for a cheaper alternative to a Jadon Sancho, or a side looking to bolster their attacking roster with quality as they aim to solidify their place in the Champions League, Leicester City or Wolfsburg for example, Faivre would be a truly excellent, and niche, addition.