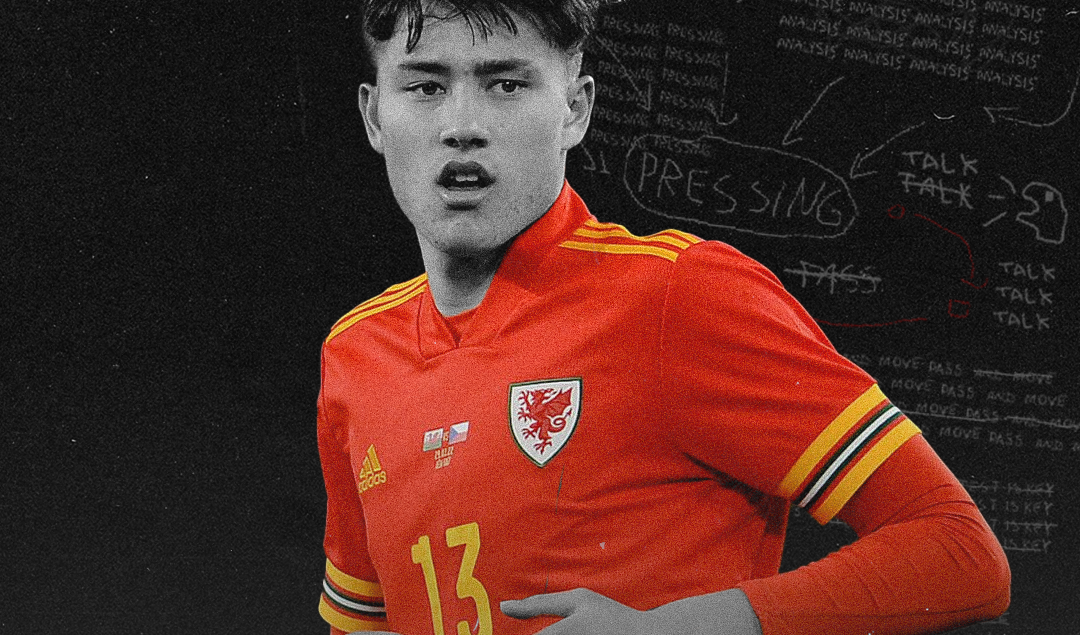 It’s been a dismal season for Cardiff City in the Championship, who sit just above, albeit comfortably, the relegation zone. Since reaching the play-offs under Neil Harris in the 19/20 campaign, filling the Cardiff City Stadium with hope and optimism, the club has endured a minor fall from grace.

Granted, results have improved since making Steve Morison permanent manager in November, but a lack of cutting edge up top since the departure of talisman Kieffer Moore has left them near the back end of the table. However, despite their struggles, academy graduate Rubin Colwill has emerged as a beacon of hope for fans to grasp on to.

Ever since being brought into the first-team squad by Mick McCarthy in February of last year, Rubin Colwill’s stock has risen significantly.

Since then, he has made 41 appearances for the Bluebirds, netting 6 goals, catching the eye of Wales boss Rob Page. Earning his first call-up shortly after his senior debut at club level, Colwill has gained 4 caps for his nation and was included in the Euro 2020 squad.

After scoring his first goal for his country in their recent draw with Czech Republic, the Wales manager described Colwill as a “wonderful asset.” The Neath-born attacking midfielder is developing a strong partnership with fellow Championship attacker Brennan Johnson, after latching onto the latter’s cross to notch his first international goal.

Whilst his international boss sees him as a natural 10, Colwill has also shown he can operate on both the left and right flank for his club.

Page has also used him as a false 9 for Wales in the absence of former Cardiff teammate Kieffer Moore. His goalscoring instinct in addition to his naturally tall stature could even make him a suitable option at centre forward.

Although Morison’s side have somewhat benefitted from often leaving him out and creating a more balanced team, improving results in the short term, Colwill’s cameos are simply impossible to ignore. In fact, despite starting less than half of the club’s games this season, no Cardiff player has scored more than the youngster (6).

Colwill’s versatility across offensive positions combined with his ability to score a variety of goals make him a valuable member of any squad. Most of his goals this campaign have come from outside the box, with either foot, demonstrating his frightening ball striking. He’s even scored directly from a free-kick, flaunting his confidence and eagerness to step up for this struggling Cardiff side.

In addition to his goal threat, the calmness the 19-year-old displays combined with the intelligent moments he produces greatly misrepresents his age. Though the creative side of his game has room for improvement (only 1 career assist), his clever movement and tendency to attack space can cause mounts of trouble for opposition defences.

Whilst Colwill isn’t gathering too much mainstream attention right now, it’s only a matter of time before he does. Once he nails down a spot in Morison’s side his influence and numbers will grow exponentially and inevitably attract interest from Premier League clubs.

As for his future for the Wales national team, it’s obvious Page rates him so highly, given he was selected for the Euro 2020 squad. His selection raised eyebrows at the time, seeing as more experienced names such as Hal Robson-Kanu and Tom Lawrence were left out, as well as bright sparks Brennan Johnson and Rabbi Matondo.

Being integrated into the squad at such an early stage of his career allows him to be around and learn from model professionals such as Joe Allen, Chris Gunter, Aaron Ramsey and of course, Gareth Bale. This manner and professionalism will rub off on Colwill, who can grow to become an integral figure in the team himself.

It’s only a matter of time before the likes of Bale (32) and Ramsey (31) will be phased out of this team, leaving room for the likes of Colwill, Johnson and Matondo, among others, to embed themselves in these attacking positions, which already boast the established duo of Dan James and Harry Wilson.

Whilst they may not reach the heights of their incredible Euro 2016 run anytime soon, the future of Welsh football is bright, and it appears Rob Page sees Rubin Colwill at the heart of that future.