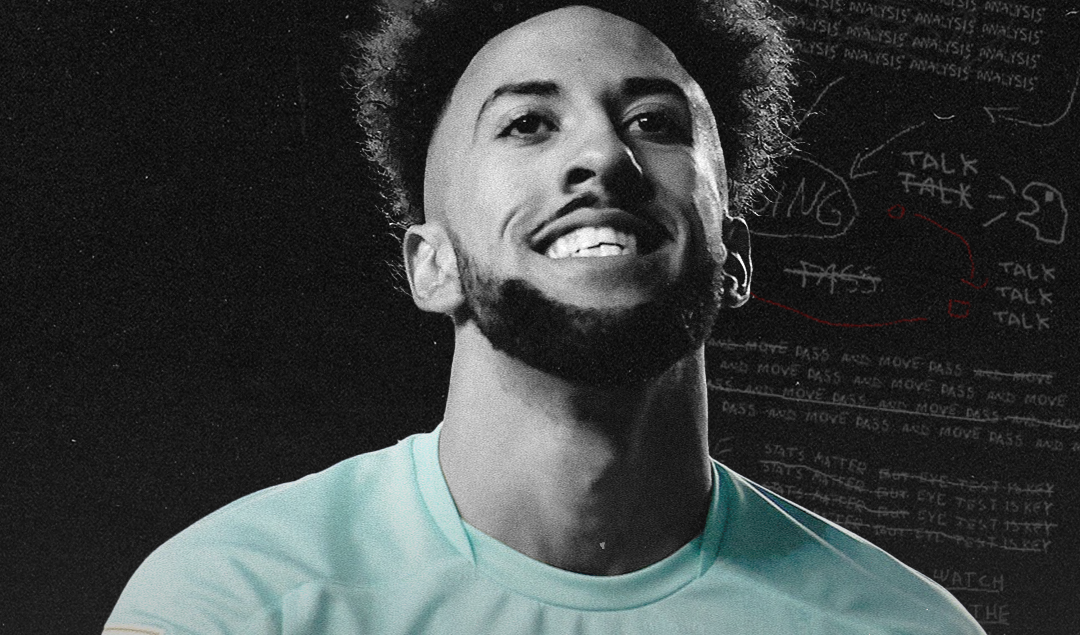 It’s unusual for a player to make an immediate jump from the National League to the Championship, but that’s exactly what Huddersfield Town’s Sorba Thomas did at the start of last year when he joined from Boreham Wood.

Yet whilst the signing was understandably met with little fanfare, the 23-year-old has proven to be a key cog in the Terriers’ hunt for a return to the Premier League, having featured in all 37 matches.

Sorba joined Boreham Wood after being released from West Ham United at age 16 and would soon go on to set the National League alight.

The Newham-born prospect made his senior debut at age 18, originally as a striker, and would go on to make nearly 100 appearances for the Hertfordshire club, contributing to two play-off finishes.

In his last full season for the club Sorba started 31 games, mainly operating as a right winger, attracting plenty of suitors from the higher English divisions.

Huddersfield fans had seen this type of move from their club before, when forward Josh Koroma transferred from Leyton Orient and was similarly steadily integrated into the first team.

It’s this kind of shrewd business, combined with making use of the Premier League loan market that have maximised the club’s chances of promotion.

Carlos Carberán’s side currently sit 3rd in the table, following an outstanding run of 17 league games unbeaten, with their last defeat coming back in November.

It was poor recruitment that largely led to the Terriers’ relegation during their second season in the Premier League, so it’s good to see them building for the future.

In terms of what Sorba brings on the pitch, he is a quick, skilful and diligent player who is improving year on year. He’s very direct, always looking to beat fullbacks 1v1 and possesses a good engine.

Whilst the Welshman is always keen to improve areas of his game, he’ll particularly want to improve his goalscoring ability.

Although he has often played wing back for his club, he prefers to play further forward and with competition rife in wide areas for Wales, Sorba should look to add to his goal tally of 3.

In addition to his 3 league goals this season, Sorba has provided 10 assists with only John Swift, Chris Willock and fellow Welshman Harry Wilson providing more. He’s proven to be somewhat of a set-piece specialist creating 6 goals from corners and freekicks – a league-high.

During his short time in the Championship the versatile wide-man has also solidified himself as a Wales international – not too shabby for a guy that was playing against King’s Lynn Town little over a year ago.

What’s most impressive about Sorba’s rise is how quickly he’s adapted to the training and set up in regard to the higher level of quality.

When he joined Huddersfield, he was initially placed into the B team, where the club implemented a plan to transform him physically, nutritionally and psychologically, going from training three days a week to six, at a much higher intensity under Carberán’s. Six months and a pre-season later and Sorba has become a key component in his manager’s set up.

As well as aiming for promotion to the Premier League, Sorba will be looking ahead to this month’s World Cup play-offs where he will be part of the Wales squad.

Being eligible for Wales through his Newport-born mother, Sorba was called up by Dragons boss Rob Page for the first time back in October, where he made his debut as a substitute in their 2-2 draw with Czech Republic, followed by a full 90 minutes against Estonia.

With Rob Page often opting to play wing backs in the absence of Kieffer Moore, Sorba has a great opportunity of earning himself a starting spot in the huge semi-final tie against Austria.

Of course, as mentioned previously, competition is rife at both wing back and wing forward, with Connor Roberts, Neco Williams, Rhys Norrington-Davies, Brennan Johnson, Harry Wilson and Dan James all vying for spots in the team. Either way, with him being comfortable playing on either side of the pitch, he’s an incredibly useful player to have available in Page’s squad.

Overall, there’s certainly bags of potential here with Sorba, who will most likely make the jump to the Premier League sooner rather than later – whether that’s at Huddersfield or elsewhere.

For now, though, he has his focus set on contributing to two huge targets – promotion with his club and World Cup qualification with his nation.