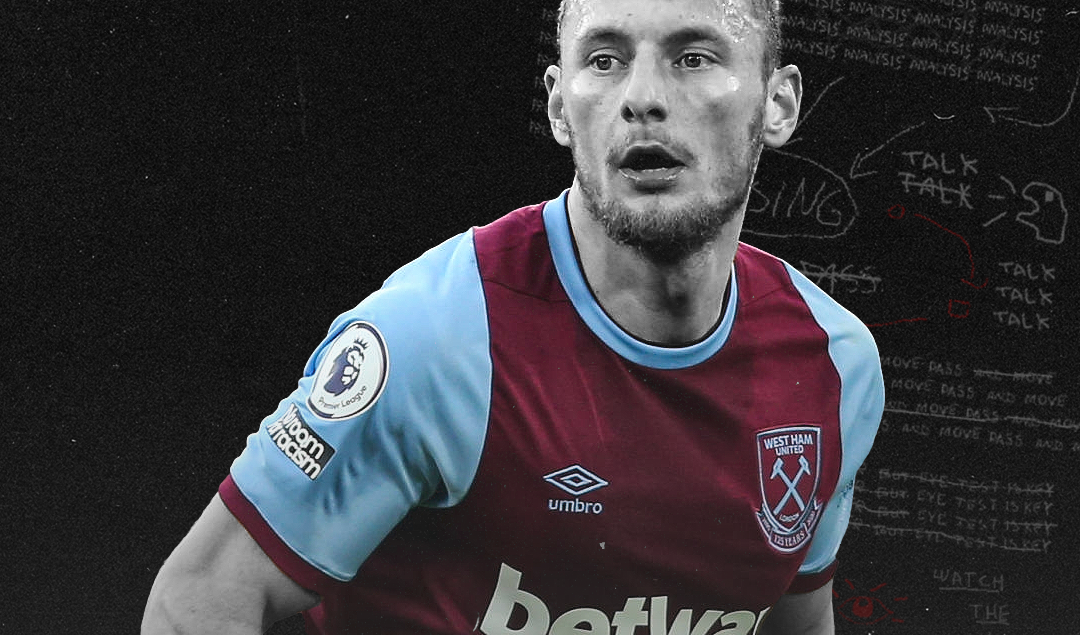 Just over 12 months ago, David Moyes was reinstated as manager of West Ham United for his second stint, much to the disgruntlement of the fans. Having languished near the bottom end of the table for most of the 19/20 campaign, Hammers fans feared the worst heading into this season.

However, despite losing their opening two games, the Irons sit in 4th place in the Premier League table and have fans hopeful of a return to European football for the first time since 2016. If they do qualify for the Europa League – or even the Champions League, they’ll be looking to improve on their dismal previous two efforts, where they were twice eliminated by Romanian side Astra Girugiu in the qualifying rounds.

One player who will undoubtably be key to their European pursuit is shrewd summer signing Vladimír Coufal. The Czech Republic international has experience in European competition, being part of the SK Slavia Prague side that reached the 2018/19 quarter-finals of the Europa League – as was fellow Hammer and good friend Tomáš Souček.

Souček initially joined Moyes’ side in January of last year, before agreeing to a permanent deal following an impressive string of performances. Moyes’ “new Fellaini” has seemingly aided Coufal’s transition to East London, with the full-back being a stalwart for his manager since joining.

Coufal’s career depicts a linear trajectory from when he was released from first division side, Banik Ostrava, at youth level. He joined then-second division side FC Hlucin in 2010 as a teenager before spending the 11/12 season on loan at Slezky Opava.

After impressing in the second division, he was snapped up by Czech First League side Slovan Liberec, where he spent the majority of his footballing career. During his introductory season in Liberec, Coufal made 10 league appearances, before becoming a first-team regular in the 13/14 campaign. His consistent performances for the “Modrobílí” finally earned him a call up to the Czech Republic national team in 2017, for whom he has since obtained 12 caps.

Former Liberec teammate Radoslav Kovac, who is now the manager at Opava, speaks highly of Coufal’s impact. The former West Ham midfielder has described Coufal as a “warrior” and has praised how studious and indefatigable he is.

Having made over 150 appearances and being part of the Czech Cup-winning team for Liberec, Coufal caught the attention of national giants, SK Slavia Prague, who signed the right-back in the summer of 2018. He was reconvened under the tutelage of Jindřich Trpišovský, who previously coached him at Liberec and was well familiar with the full-back’s quality.

This is where his friendship with Souček grew, who he originally got to know during the midfielder’s loan spell at Liberec in 2017. The pair won back-to-back league titles for Slavia and attained Champions League experience during the 19/20 campaign, where they were pitted against Barcelona, Inter Milan and Borussia Dortmund in the “group of death.”

After making 88 appearances for the “Červenobílí”, the 28-year-old was reunited with his good friend Souček at West Ham in October of 2020. The right-back position was a void that Moyes prioritised to fill following the departures of both Pablo Zabaleta and Jeremy Ngakia. Following the success of the Souček signing, the Hammers were keen to delve back into the Czech market where they monitored Coufal. The now indispensable Czech pair exemplifies the value still available in the market for those who know how and where to look.

The 28-year-old right back has started every league game since making the £5.4 million switch to the London Stadium and has quickly flourished into a fan favourite. The diligent defender has succoured the club during their astonishing turnaround under Moyes, being one of the first names on the teamsheet.

Coufal has racked up some excellent defensive numbers in key areas for West Ham, including 3.8 tackles and interceptions per 90 minutes – a statistic that puts him in the 81st percentile against right-backs across Europe’s top leagues.

Additionally, Coufal yields 3.8 clearances per 90, putting him in the 92nd percentile for that specific statistic. His impressive 7.0 presses in the defensive third put him in the 89th percentile across Europe, highlighting the aggressive tenacity of the industrious full-back – a trait that Moyes has distinctly valued in his teams over the years. 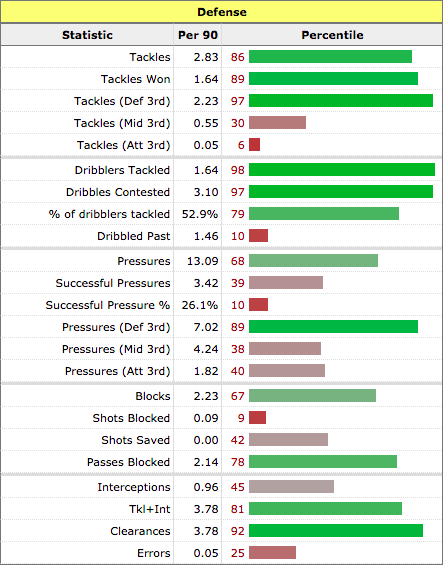 Coufal’s defensive statistics per 90 minutes compared to positional peers in Europe’s top five leagues and European Competition over the last 365 days [based on 1974 minutes played].

It’s not just defensively where Coufal has contributed. The Czech international has provided three Premier League assists so far and although it is only half as many as his counterpart Aaron Creswell (6), no right-back in the league has supplied more. He also rakes 1.3 key passes per 90, placing him in the 79th percentile of Europe’s top right-backs.

Overall, it’s safe to say the £5.4 million invested in Coufal looks to be money well spent by West Ham – something the club hasn’t been particularly prolific with in previous years. Mega money signings Felipe Anderson and Sébastien Haller cost the club £36 million and £45 million respectively and have since been moved on, demonstrating the poor recruitment and pure profligacy of the previous transfer policy.

The Vladimír Coufal purchase, combined with the signing of Tomáš Souček, epitomise the contemporary, more targeted recruitment strategy that the Hammers have implemented. For the sake of the many loyal devoted fans of West Ham that have been starved of hope and excitement for their club for years, long may it continue.