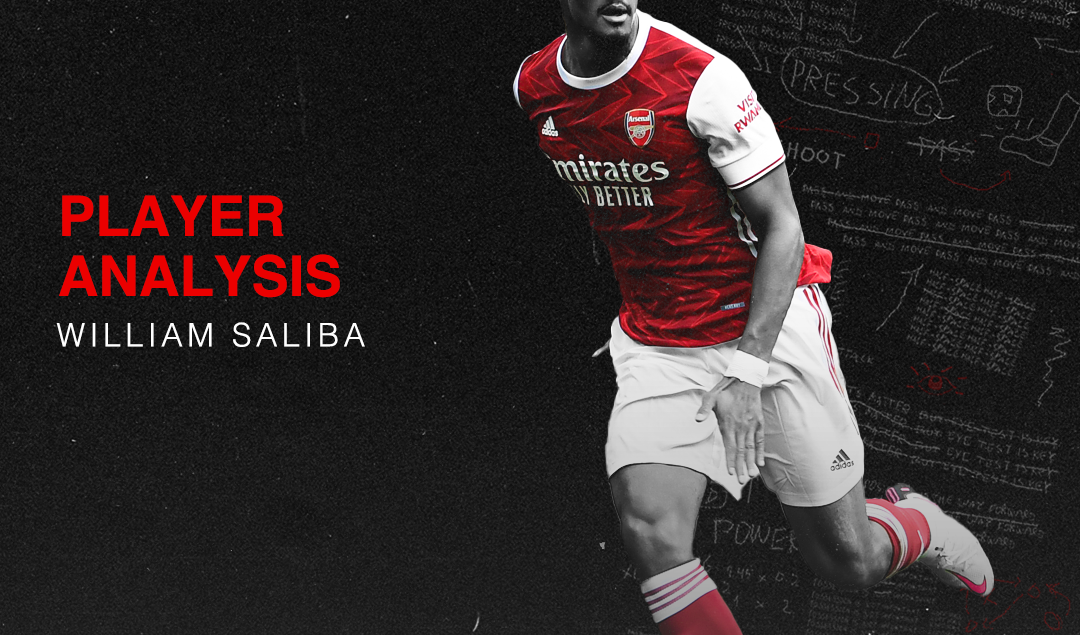 William Saliba had to wait four years to make his Arsenal debut, but it was worth the wait as he is now one of the first names on Mikel Arteta’s team sheet. Saliba’s remarkable talents during his Saint-Etienne days were difficult to conceal from Europe’s big spenders, but it was Arsenal who got there first in 2019.

The Gunners shelled out £27 million to snap up the 18-year-old prodigy, who was destined to be the future of an Arsenal defence that was bereft of organisation and consistency, but to throw him into the thick of it at such a young age and without experience at the highest level would have been detrimental to his development, so he remained with the French club on loan to continue his development at the behest of the Gunners.

Saliba impressed during his loan spells with Saint-Etienne and OGC Nice but not enough to capture Arteta’s attention as Ben White and Gabriel Magalhaes had built a formidable partnership at the heart of the defence. He was caught in a truly perplexing situation as the young defender made his debut for the France national team before coming up on Arteta’s radar for his first Arsenal appearance.

However, after 50+ appearances for Olympique Marseille, where he won the Ligue 1 young player of the season, the 21-year-old returned to Arsenal as the mature progressive defender that Arteta had sorely missed, and he fits like a glove.

The Frenchman has established himself as an indispensable member of Arsenal’s charge to what could be their first Premier League title since 2003/04. White and Gabriel formed a great partnership, but Saliba’s introduction into the fold means Arsenal have one of the youngest yet most solid defensive backlines in the Premier League.

Nathan Collins: The Irish Bulldozer Destined for Stardom at Molineux

He featured predominantly in a back three during his Ligue 1 days, but he has slotted seamlessly into Arteta’s back four system, pushing White into the right-back role. Standing at 6ft 3ins, Saliba’s height compliments his physicality. His athleticism also defines him as a defender that refuses to be bullied, especially during ground duels.

His recovery pace is one part of his game where he has shown incredible improvement. He sometimes looked flustered, which led to him ceding possession in dangerous areas during his Ligue 1 days, but he has since improved his ability to focus.

Saliba’s exceptional positioning allows him to stay two steps ahead of dangerous situations. His calming influence and technique on the ball gave birth to his title as a Rolls-Royce defender who rarely finds himself in tricky situations. However, his aerial prowess has come under scrutiny owing to his tendency to pick and choose his aerial battles.

On the ground, Saliba is difficult to beat, winning 61% of his ground battles, but the Frenchman has won just 47% of his aerial duels so far this season. Saliba’s standout feature is his phenomenal ability on the ball. The young defender is a progressive monster with the ball at his feet and is well suited for a team as heavily coached at playing out from the back as the North-London outfit are.

The Frenchman’s refined technical qualities and guile on the ball has equipped him to be one of the best ball-playing centre-backs in the Premier League. Arteta’s system, which imposes itself through possession and press-resistant build-up play, has set the perfect platform for Saliba to thrive as the most dominant feature of his game is pivotal in the system he plays.

Stretching back to last season, Saliba ranks in the 97th percentile for passes attempted per 90 (82.14 passes) and passes completed (76.52) in Europe’s top five leagues. Ball-playing defenders are pivotal in building an attack as they serve as the first phase in breaking the opposition’s press, and Saliba is not one to shy away from attempting press-splitting passes.

He is calm, composed, and collected on the ball and does not lunge into tackles rashly, which is why he is not easily dribbled past with a meagre 0.1 dribbled past per game ratio. Saliba times his tackles almost to perfection, making sure he gets to the ball when he does put in a tackle. His ability to skip past challenges has also received accolades as the Frenchman has completed 80% of his dribbles so far.

Saliba is a confident proactive defender who relishes 1v1 battles and is tailor-made for Mikel Arteta’s side. His clever reading of the game is also one that the Gunners’ defence has cried out for. The White-Gabriel partnership was solid, but Saliba’s integration, pushing White out wide, has shown the three impressive young defenders can co-exist, especially with Takehiro Tomiyasu on a hospital bed more often than not.

However, Arteta will need to make some difficult decisions when the Japanese right back returns to full match fitness. White has been solid in covering at right-back, but it’s obvious he offers more at the heart of the defence.

Gabriel’s maturity means he’s undroppable, and Saliba has taken the league by storm. It remains to be seen how Arteta will handle the selection dilemma that awaits him at some point in the future, but the Spanish manager cannot complain. It’s a good headache to have.