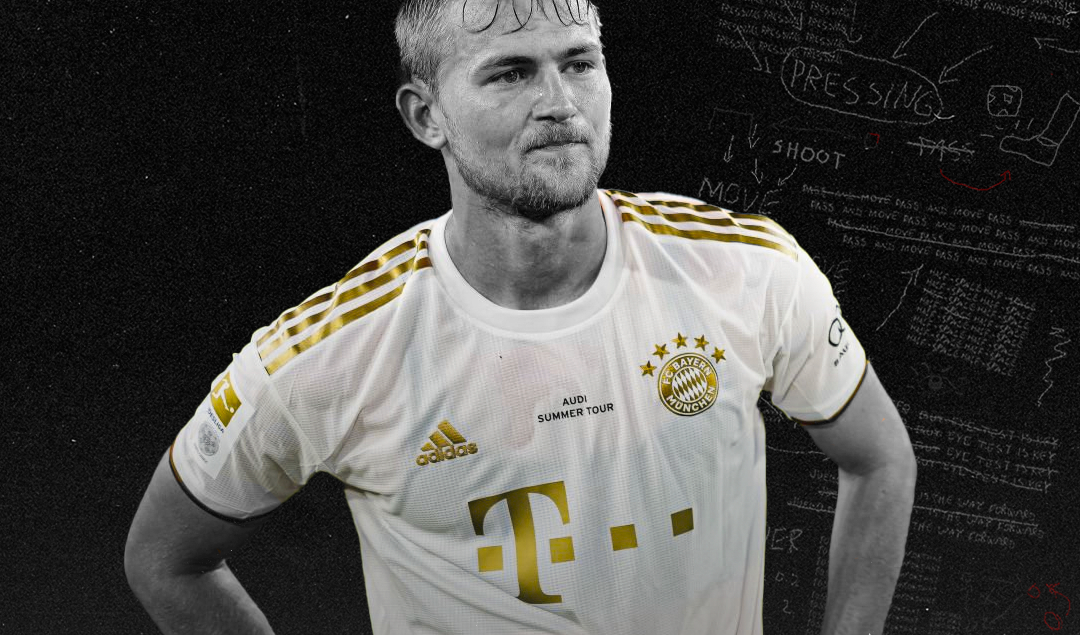 Bayern Munich are having a transfer window to remember, poaching some of the best talents in world football without having to break the bank. Although they have lost talisman Robert Lewandowski to Barcelona, they have made some superb additions, with Noussair Mazraoui, Ryan Gravenberch, and Sadio Mane joining an already star-studded team.

They did, however, have to break the bank to hijack a deal to sign Matthijs de Ligt, fending off stern competition from Chelsea. The Bundesliga champions were interested in the Dutchman in 2019, but he opted for a move to Juventus in a €75 million deal. It was the second highest fee paid for a centre-back in history.

His contract with the Old Lady was to expire in 2024. Despite efforts to keep him, an agreement could not be reached on a contract extension, prompting interest from some of Europe’s elite. Bayern had to cough up the cash, but they finally got their man in a deal worth around €80 million.

De Ligt emerged highly rated in Europe when he featured in the Europa League final at the age of 17. Despite losing the final to Manchester United, his talents were on show, and it was clear he had it in him to be a top player.

At 19, the Dutchman had already possessed high-level technical qualities and leadership skills. Both were on show when he captained his Ajax side in the champions league semi-final in 2019.

Now 22 years old, De Ligt has established himself as one of the best young defenders in the world. He is physically strong, bullish, fierce, and never backs down from a fight.

De Ligt was born in Leiderdorp but moved to join the Ajax youth academy in Amsterdam when he was nine years old. One of the most revered footballing schools in the world. He represented the Dutch record champions at every youth level before making his senior debut in a cup game against Willem II in September 2016.

He scored from a corner after 25 minutes, making him the second-youngest goalscorer in Ajax history (at the time) behind Clarence Seedorf. In December 2018, De Ligt won the Golden Boy award, becoming the first defender to win the award.

At 19 years and 186 days old, he became the youngest ever captain in a Champions League knockout game when he took the armband against Real Madrid. He captained Ajax to their first double of the Dutch championship and KNVB Cup since 2001/02.

In 2019, he was recognized by France Football when he won the Kopa Trophy for the best U21 player of that year. He then went on to become the youngest player to reach 100 appearances for Ajax.

De Ligt made his senior debut for the Netherlands in the 2018 FIFA World Cup qualifiers against Bulgaria, becoming the youngest player to represent the nation since 1931.

He has since accumulated 38 caps for the Oranje, netting twice and providing three assists. He started in the final as the Netherlands lost to Portugal in the inaugural UEFA Nations League in 2019.

De Ligt is a typical physical centre-back and is often regarded as a complete defender. He is a “Stopper”, an old-school approach to defending that relishes the physical side of the game, intending to make sure nothing gets past him.

Standing at 6’2, he is very strong in the air, winning 63% of his aerial duels last season. He also likes to impose himself in games and is never shy of getting his hands dirty. His defensive awareness and strong 1v1 tackling have often drawn praise.

He boasts outstanding technical abilities and is very good at ball progression and long-range passing. Unlike any defender his age, Matthijs combines an enormously powerful physique with excellent build-up play. He averages 89.5% pass completion per 90, ranking him in the 80th percentile amongst his peers.

He is also adept at switching play during periods of transition, averaging 76.2% long-range pass completion per 90, ranking in the 78th percentile.

Playing under Allegri made the Dutch starlet better defensively. His improved passes per 90 is an indication that the centre-back’s ball-playing ability became more important for the Old Lady, especially when Bonucci was not available.

With Dayot Upamecano and Benjamin Pavard struggling for consistency, De Ligt would slot in seamlessly with Lucas Hernandez at the heart of defence as their qualities would complement their play.

Matthijs was not limited to one spot on the pitch. He was given the licence to drive forward depending on the situation. He could play in any CB slot in a back two or three as he is two-footed.

Despite his continued improvement, his tendency to commit a foul via handball is one he has struggled to contain. It was evident in his last two seasons at Juve, where he struggled to keep his arms close to his body.

It proved to be costly for his country, when he was sent off at Euro 2020, allowing the Czech Republic to go on to win 2-0 in the Round of 16. However, he has shown a willingness to improve and become more dependable on that front.

De Ligt has had to deal with high expectations throughout his career, so it’s easy to forget that he’s still just 22. However, his ability to deal with the pressure and demand for success bodes well for him. Matthijs plays alongside Virgil van Dijk for his country. He also had legendary Italian duo Leonardo Bonucci and Giorgio Chiellini for company at Juve.

These experiences gathered learning from some of the game’s very best helped in moulding the Dutchman into the Rolls-Royce defender he now is. He will bring calm, charisma, and experienced leadership to Julian Naglesmann’s backline.

At Bayern, like in Turin, success is not just desired, it is demanded. Luckily, with league and cup winners’ medals in both Holland and Italy, the young centre-back has shown he is up for whatever task comes his way. His winning mentality is the perfect fit with the Bavarians’ insatiable urge for success.