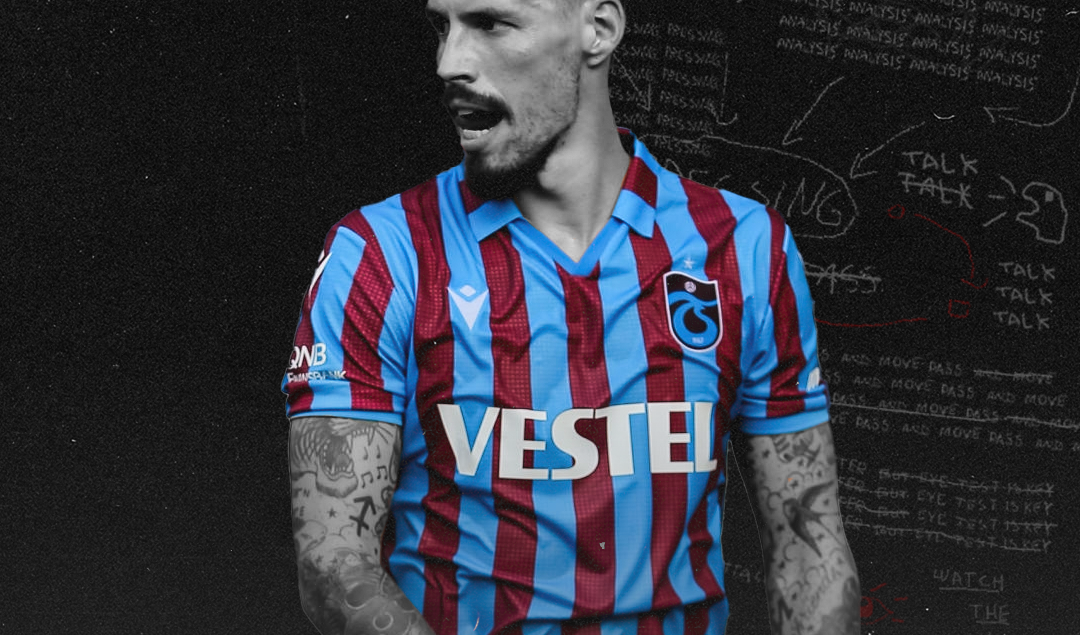 Marek Hamsik has already cemented his legacy as somewhat of an enigma. He is a modern legend of Napoli, spending twelve years with the Italian giants and, despite failure in pursuit of a league title, was instrumental in some of the best football the league has seen in the past decade.

After leaving the south of Italy for China with Dalian Pro, and then leaving for Göteborg in the Swedish Allsvenskan, eyebrows were raised when the now 34-year-old Hamsik welcomed a big, challenging career shift in joining Trabzonspor in the Turkish Süper Lig. First of all, it is important to establish just why this is such a challenge. Additionally, why is it going so well for Hamsik at Trabzonspor?

1984. This was Trabzonspor’s last league title win. They’ve won it six times, since then they’ve been runners-up six times. Repeating the feat, however, has since eluded the Black Sea Storm.

While it is true that many Trabzonspor fans carry with them a huge sense of injustice that perhaps emboldens their pride for their club, it is also important to recognise why that exists. In 2010/11, as many know, the infamous Turkish Match Fixing scandal surfaced.

A scandal that has since sullied the integrity of that season. At one point, Trabzonspor had a nine-point lead over Fenerbahçe but with 16 wins in their last 17, Fener nipped Trabzonspor on the final day to the league title.

With the long history of allegations that are far too complex and arduous to detail here, a large portion of Trabzonspor fans since had a poisoned feeling towards that season. With such a strong feeling of injustice, an ‘Us against The World’ mentality is easy to surface and perhaps just as easy to understand.

In the 10 seasons since, Trabzonspor have floundered somewhat. Failing to compete with the big three and even losing out in 2020 to Istanbul Basaksehir, who won the title for the first time in their history. They have, it’s fair to say, failed to piece together a season of any kind of consistency to win a title. That is, until a possible turning point may have arrived.

A Shift in The Tide?

After losing out to the 2019/20 title and stuttering at the start of the subsequent season, Abdullah Avci replaced Eddie Newton as Trabzonspor manager, ending Newton’s short yet torrid reign in charge and becoming Trabzonspor’s fourth manager in just two years.

Avci has a reputation for getting the best out of his teams and really maximising his squad’s potential. He spent ten years, spread across two terms, as Istanbul Basaksehir manager and despite Süper Lig title success alluding his side, they improved dramatically under Avci and played some of the best football in Turkey under his reign particularly in 2016/17 and 2018/19.

Since Avci arrived in Trabzon, his side’s defence was the area of focus for improvement. Since his appointment, no team has kept more clean sheets in the Süper Lig than Avci’s Trabzonspor.

Now, over a year into his tenure, Avci’s Trabzonspor looks assured in possession, aggressive defensively, confident passers and very adept finishers. They have out-performed their xG (expected goals) this season, becoming the highest scorers in the league (2 goals per game) despite having only the fourth highest xG per game (1.65).

Defensively, some statistics may point to a more aggressive defensive approach this season too. For example, Trabzonspor rank bottom for the number of times a player is dribbled past (87), they’ve blocked more crosses than any other side (25) and only Rizespor have blocked more shots (60) than Avci’s side (49).

Why is Hamsik Thriving?

Firstly, Avci’s Trabzonspor have almost exclusively played a 4-2-3-1 this season. This is of course a system Hamsik is all too familiar with from his time at Napoli and in the Slovakian national team where he often plays as the no.10 in a 4-2-3-1.

In this particular system, however, Hamsik is not shouldered with too much of the creative burden and that is mostly supplied by Anastasios Bakasetas. The Greek attacking midfielder has ten direct goal involvements this season which is more than any other player. In addition to this, he allows Hasmik the freedom to create from deeper.

Young Players to Watch Out for in the Turkish Süper Lig

Hamsik is offered the role as a creative player from in the double pivot of Avci’s aggressive yet possession-based 4-2-3-1. This has helped Trabzonspor get to this point, nearly a third into the season, unbeaten and the league’s highest scorers.

While it is fair to say Trabzonspor fans may fear getting too excited because they have been burnt before in that respect, however, this feels different. They have a squad full of confidence and a manager who is calm, an excellent problem solver, and determined to secure his first-ever Süper Lig title.