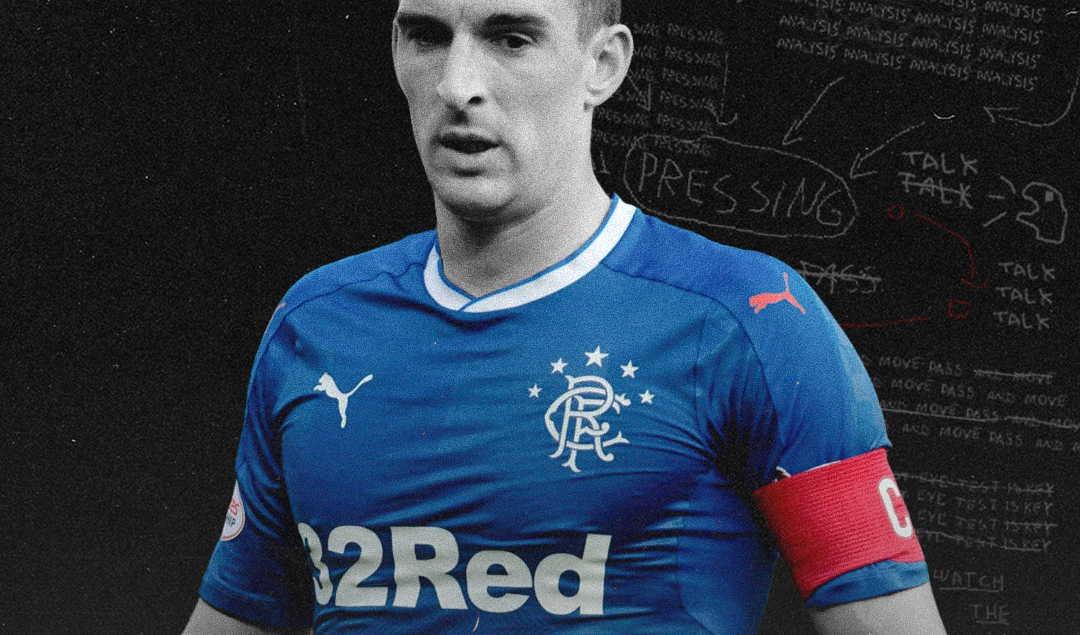 His wife announced the news of his retirement from her Twitter account: “475 professional club appearances, 30 career goals, 10 Scotland caps. Not bad for a young boy from Carrick Knowe! We are all so proud and enjoying having you home for a much-deserved break and family time before the next step into coaching when the time is right.”

The left-back made his debut for Hearts in February 2005 and made 150 appearances for the club before moving to Rangers in 2011 for a fee of £1.5 million. Wallace’s journey at Rangers was undoubtedly a rollercoaster and one he had not expected, with the club going into administration and then demotion to Scottish League 2 in his first season.

The Edinburgh-born left-back had the option to leave on a free transfer but decided to stay and help the club on its journey back to the Premiership. He became a hero in the eyes of the Rangers by giving up the opportunity to go elsewhere to play in a better league and earn more money. His decision to stay at the club hindered his Scotland career, but he was still called up sporadically despite playing in the lower leagues of Scottish football.

After Rangers lost to Motherwell in the Championship play-off final 6-1 on aggregate, former Brentford manager Mark Warburton was appointed as the new Rangers boss and made Wallace captain of the club. In his first season with the armband, he captained Rangers back to the Premiership and won the league by a comfortable 11-point margin. He also won a Challenge Cup and scored in the penalty shootout victory over arch-rivals Celtic in the 2016 Scottish Cup semi-final.

In Rangers’ second season back in Scotland’s topflight, Wallace was involved in a heated dressing room bust-up with caretaker manager Graeme Murty after Rangers’ 4-0 defeat to Celtic in the 2018 Scottish Cup semi-final. During this process, the club stripped Wallace as club captain.

Wallace, alongside former Rangers star Kenny Miller, were both fined and suspended for alleged misconduct by Rangers following the dressing room bust-up. Both appealed their decision to the SPFL and were successful.

Steven Gerrard was appointed as Rangers manager in 2018. With everything that had gone on with Wallace and the club, Gerrard said that Wallace was a fantastic player and would be part of his plans and described him as a leader and a positive influence on the dressing room. At Rangers’ annual general meeting, Gerrard was asked about the ‘disgusting’ treatment of Wallace by the club after sticking by them all those years and replied:

“As the manager of this club, and I have been since June, I came into [a situation with] Lee Wallace. He was out injured and missed 12 months of football. I have to pay my respects to Lee in terms of his professionalism. At the moment, to be really candid, he’s still part of the plans while he’s here, but I have better options at the moment in that position.”

It was announced that Wallace would be leaving the club at the end of the 2019 season. He was brought on as a substitute in Rangers’ 2-0 victory against Aberdeen to a warm reception from the Rangers support as they chanted, “there is only one Lee Wallace.”

This would be Wallace’s final appearance for the club. There was no lap of honour or tribute from the club for Lee Wallace, not even a thank you and good luck, as the left-back just left quietly, almost like he was never even there.

Kenny Miller was asked if Wallace winning his appeal against the club was the reason for his poor treatment. Miller said: “Of course it was. I don’t know how things went, but I don’t think many would have felt Lee wasn’t good enough to play for that team.”

Former Rangers manager Mark Warburton had sympathy for Wallace on the treatment his former captain received at the end of his Rangers career. Warburton stated: “It was unfair what happened to Lee at Rangers. It was harsh.

“For whatever political reason, he wasn’t playing. Yet to go from playing for Scotland at Wembley to not playing at all? Explain that to me. There’s no doubt about Lee’s ability – nor his professionalism. I made him captain at Rangers and he held that role with dignity and class.”

In my opinion, I will always admire and respect Lee Wallace for what he did for Rangers. He risked his career to help get the club back to the top tier of Scottish football. No one would have grudged him if he decided to go elsewhere after Rangers’ demotion to League 2.

I believe he was frozen out of the squad in the 2018/2019 season because he won his appeal against the club, and Gerrard was instructed not to include him. At the time, Lee Wallace was more than good enough to feature in the first team.

Despite all the politics behind the scenes surrounding Wallace, it was a disgrace how he never got a proper send-off from the club, which he fully deserved after being such a great servant. Rangers also never wished Wallace well on his retirement. I wish Lee Wallace all the best in his retirement from football, and I’m sure he will make a brilliant coach one day.