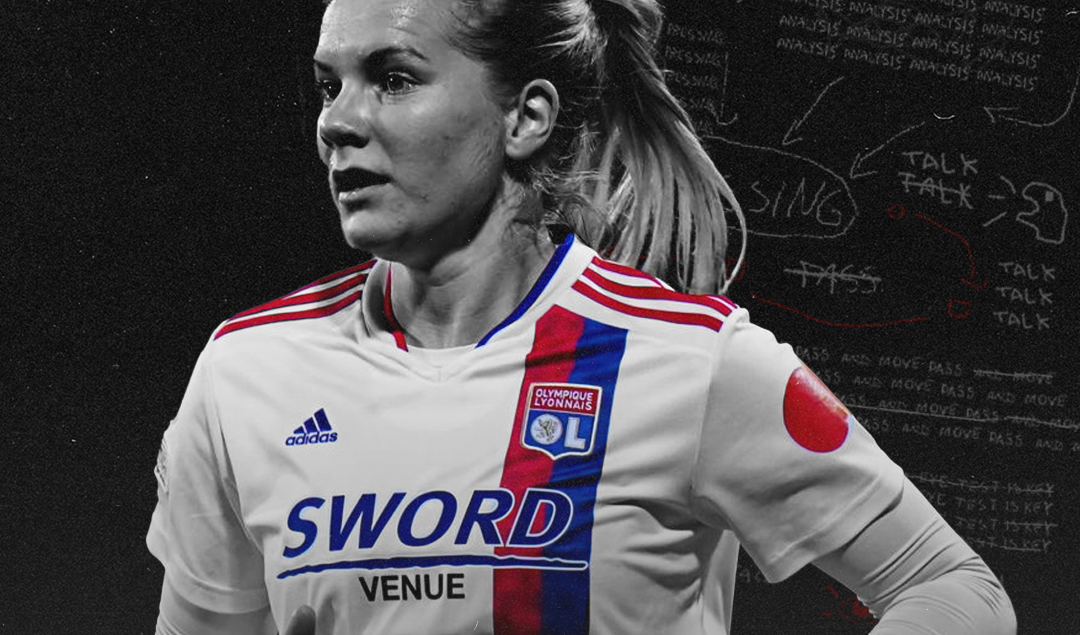 Football is weirdly intertwined with sound. Not readily at the fore of a fan’s mind are the various sounds without which the game would be completely different. The ‘clang’ of the ball hitting the post, the ‘buff’ of the boot hitting the ball, the ‘pop’ of a star player’s cruciate ligament being ruptured.

In late January 2020, amidst a worsening coronavirus pandemic, Ada Hegerberg heard a pop in her left knee. The resulting rupture of her anterior cruciate ligament would ensure she wouldn’t play for almost two years. “It just snapped”.

It’s not a situation that any player believes they will find themselves in, but one which has become commonplace in football nonetheless. Affecting famous names including Xavi Hernandez, Alan Shearer, Francesco Totti, and Virgil Van Dijk.

Like these players, the injury meant an end to Hegerberg’s season. An initial return date was set for late in 2020 but was extended well into 2021 as she suffered a stress fracture of her tibia on the road to recovery.

It was a period that she describes as the lowest point in her career. After a relatively injury-free career up to that point, she had to endure being on the sidelines, watching as her beloved Lyon finished the 2020/2021 season without any trophies for the first time since she joined the club.

She suffered physically, and emotionally. Aching to return to action and show that she could still return to the levels that seen her regarded as a phenom of football. Every day felt like torture but on the 5th of October 2021, she finally got to touch grass again, and in the Champions League no less.

12 minutes back on the pitch against BK Hacken felt like home. A return to normalcy. To her, the start of another career entirely. Within just a year of Lyon’s last European triumph, the world had forgotten about their exploits.

Enamoured by the queens from Catalonia who had broken Lyon’s European dominance, the football world was eager to write off half a decade of Lyonnais’ excellence. Hegerberg was eager to remind them.

A Lion rules, A scorpion stings, and a goalscorer scores goals. It wasn’t long before Hegerberg was back on the scoresheet. A little over a month after returning from injury, she netted a league brace against Paris St Germain who had stolen their Division 1 Féminine title the previous season.

From Show Games to Ballon d’Or: The Progress of Women’s Football in Norway

A few months later, in the 2022 UEFA Women’s Champions League, she tormented PSG again. Providing a goal and assist over two legs as Lyon avenged their 2021 outsing at the hands of PSG.

Hegerberg was set to play another European final, after briefly flirting with the idea that she might not play football again. Standing between her Lyon and glory was a familiar foe. Barcelona. The last club Hegerberg had faced in the UWCL final an eternity before in 2019.

On that occasion, she had scored a hattrick as Lyon whitewashed their opponents to win their fourth successive title. This time, they faced a Barcelona team who were more experienced and had the world at their feet. Barcelona, not Lyon were the reigning Champions facing a challenger.

They had lost only once in 41 matches in all competitions. Even that coming in the second leg of their UWCL semifinal against Wolfsburg when they had comfortably seen out a 5-1 first leg rout of the Germans.

By the 23rd minute of the final, Hegerberg had scored to put Lyon 2-0 up. 10 minutes later, she provided an assist for American Catarina Macario to put them 3-0 up. Like in 2019, the tie was over before 30 minutes in favour of Lyon.

With the mission complete, she set her sights on another comeback. Not from an injury-related hiatus, but one that she had imposed on herself. A bridge that she had decided to burn five years earlier.

Hegerberg’s first involvement in a major international competition came in the 2013 UEFA Women’s Championships. A fresh-faced 18-year-old, she was already central to the national team, starting all of Norway’s matches as they reached the final.

She scored once, in the quarterfinal against Spain and could have registered a second in the final against Germany but for a heart-shattering offside flag.

Norway was ultimately left heartbroken. They fell short at the final hurdle for the second time in three attempts. To the same team that had dealt the killing blow the previous time, Germany.

The Germans had proven to be Norway’s nemesis in the European Championships. They knocked them out of every tournament between 2001 and 2013. Twice in the final, and twice in the semi-final.

Disappointed, but not without hope, Norway looked towards the 2017 tournament believing that their time would soon come. They had a nest of bright young talents including Hegerberg, Caroline Graham Hansen, Maren Mjelde, and Emilie Haavi who would carry them to the promised land. Assuming of course that they avoided Germany.

At EURO 2017, they avoided Die Nationalelf and were placed in group A alongside Netherlands and Denmark – both of whom they had defeated on their way to the 2013 final – as well as Belgium who were making their competition debut.

They finished bottom of the group without earning a point or scoring a goal. The worst Norweigian performance since they failed to qualify for the tournament’s main stages in 1984.

An inquisition needed to be called. Since the football governing body was unwilling to do it, Hegerberg decided to query what the root cause of the catastrophe was.

She found the lackadaisical manner with which the Norwegian FA treated women’s football to be the main culprit. The disgrace at the EUROs had been the end result of decades of neglect that allowed other nations to catch up to and overtake Norway.

After her findings, came her judgment. She would never wear the colours of the national team again until there was some serious effort to remedy the situation. Just like that the great hope of Norway’s footballing future was gone, more so as she was about to entire a blistering hot period of her career.

In the build-up to the 2019 FIFA Women’s World Cup, she was offered the chance to return to the national team fold. The prize pool for the team had been doubled in an attempt to coax her out of her self-imposed exile but the move did not have the desired effect.

The women’s national was still in disarray and the training camps before tournaments that gave Hegerberg nightmares were still not up to scratch. The things that grieved her had not been resolved and she missed a second international tournament.

The turning point for Hegerberg came two months before she won her sixth UWCL title with Lyon when former teammate Lise Klaveness was elected as president of the Norwegian Football Federation. Klaveness’ first order of business was to mend the nation’s relationship with Hegerberg.

After a meeting in Lyon, it was announced that the Lyon hitwoman would return to the national team ahead of the upcoming World Cup qualifiers in March 2022. Nearly five years after her retirement.

She returned with a hattrick against Kosovo in her first match back with The Grasshoppers of Norway which took her within one goal of equaling Graham Hansen as the highest-scoring active player in the country’s history. Five-year absence? What five-year absence?

Ada Hegerberg has been named in the final squad for Norway’s 2022 Euro campaign. Barring any mishaps, she will be at the forefront of her country’s attack, backed by a football federation she has faith in as they attempt to win their first European title since 1987 and their first major honours since the Olympic victory of 2000.