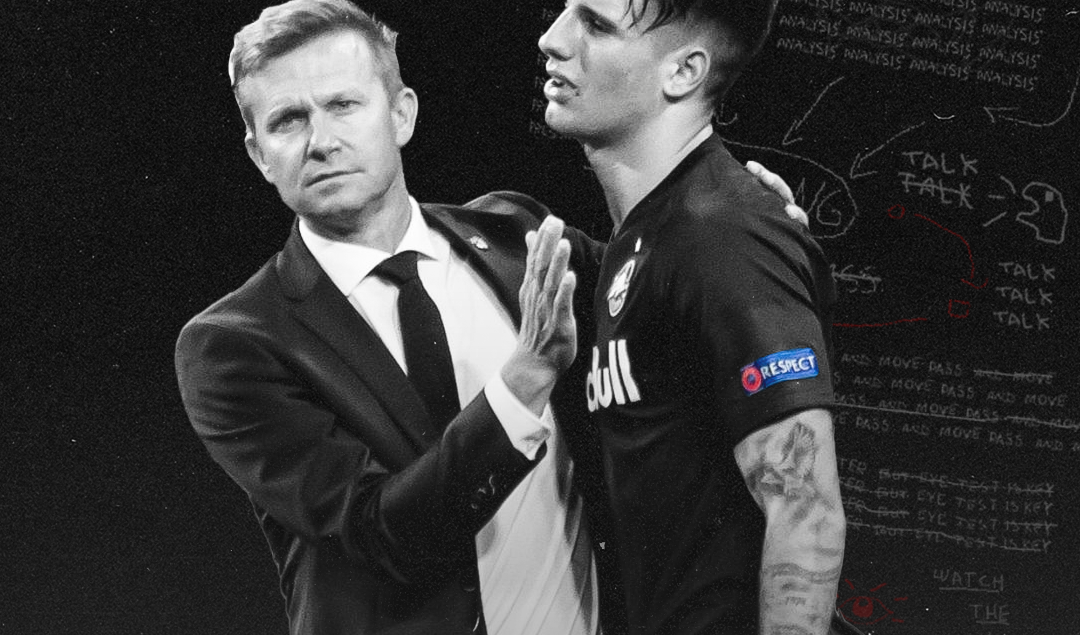 Last season ended in sloppy form as they got close to Bayern Munich in the title race but slumped towards the end while they also lost to an improving Borussia Dortmund in the DFB Pokal final, which means they’re still looking for their first major trophy (lower division titles excluded). New manager Jesse Marsch has a big task on his hands and this season comes with plenty of expectations and intrigue.

A Look at the Transfer Window

It’s been a busy summer for RB Leipzig. They’ve spent the most money out of every Bundesliga club and they had to, given the personnel they lost. Dayot Upamecano went to Bayern Munich and Ibrahima Konaté went to Liverpool, meaning that they needed serious reinforcements at the back.

In came players like Mohamed Simakan and Joško Gvardiol, while deals for Angeliño and Benjamin Henrichs were made permanent following their fine loan spells. Angeliño particularly impressed while he was at Leipzig on loan from Manchester City, and there was little doubt the move would not be made permanent in time.

The best signing, however, was undoubtedly André Silva and for a relatively low €23m fee, it could be one of the smartest signings of the window at any club. He scored 28 Bundesliga goals last season, more than Erling Haaland and only less than record-breaking Robert Lewandowski and the Portuguese forward is still only 25, giving him room and time to improve.

Silva’s overall Bundesliga record for Frankfurt stood at a fine 40 goals in 57 appearances. Leipzig’s struggles in front of goal were often exposed last season following the departure of Timo Werner to Chelsea, so signing a proven Bundesliga goalscorer was a necessary piece of business.

For the future, Brian Brobbey was signed on a free from Ajax – something Jesse Marsch heavily vouched for, even admitting that he visited the player in Amsterdam and told him that he was keen to work with him after the young Dutchman had doubts about joining following Julian Nagelsmann’s departure.

Additionally, Leipzig once again used the Red Bull wings to agree a deal for highly rated Caden Clark in the winter transfer window from the New York Red Bulls. Overall, a busy but effective window, and there could still be another more accomplished centre-half coming through soon.

Staying true to the Red Bull philosophy, the average age of their seven signings this summer is just 21.4-years-old, proving once again that they’re focusing on the long run. So far, the club’s net spend is €-0.38m, as they were helped massively by the sales of Upamecano (€42.5m), Konaté (€40m) and Hannes Wolf (€9.5m). Leipzig are rightly criticised for their involvement and actions in German football but few clubs in Europe are better run.

In a short space of time, Jesse Marsch has become one of the most highly regarded managers in Europe after an impressive two-season stint with RB Leipzig’s cousins in Austria, Red Bull Salzburg. Over the two seasons, he won the league and cup double twice, but more impressively, took Salzburg to the Champions League group stages – something they never achieved previously in the Red Bull era, which started in 2005.

It was unfortunate that they faced difficult opposition in both group stage campaigns including the likes of reigning champions Liverpool (2019-20) and Bayern Munich (2020-21) as well as Atletico Madrid (who won LaLiga the same season they were paired with Salzburg) and Napoli.

However, his work is still well praised and he should be an exciting addition to the Bundesliga. He’s worked at Leipzig previously as Ralf Rangnick’s assistant in the 2018-19 season, but now, he’s the main man at the helm and much of the squad which was around two years ago is still there. It’s a different club, though. In the time he’s been gone, there have been some key departures such as that of Timo Werner and Dayot Upamecano, while expectations in the Champions League are also very different.

In an article in German publication Kicker, lots was revealed about Marsch’s management style: how he prefers a personal approach, the importance of selfless leadership, how he believes in the group as a whole and how he’s willing to go the distance to make sure his players are up for the task. It highlighted how he visited Mohamed Simakan while the defender was recovering from injury and how he managed to convince André Silva that a move to Leipzig was the right one for him. He’s an effective leader, and that will be vital in this new era for the club.

There will be plenty of eyes on him, especially from an American perspective. American coaches haven’t always done well in Europe, and Marsch joins Stuttgart’s Pellegrino Matarazzo as the Bundesliga’s second head coach. Matarazzo has impressed in recent years, taking Stuttgart up from the second division and keeping them there, and Marsch will hope to excel at a higher level in the table as well as the Champions League.

And speaking of change, it’ll be interesting to see how Leipzig evolve. This feels like a second cycle in the Bundesliga. In the last few months, they’ve lost their manager Julian Nagelsmann, whose departure felt a bit premature considering he was there for just two seasons, their star centre-half and their sporting director Markus Krösche.

Now, they’ll have to manage without them and with a new manager, how they change will be something to keep an eye out for. We’ve seen teams struggle initially after having busy summers with a big player turnover, and that could well be the case for Leipzig too.

To add to the difficulty, there’s a complex start to the season. They begin the Bundesliga campaign against a Mainz side that ended last season positively before games against Stuttgart, Wolfsburg and Bayern Munich all within the first month of the season.

The Champions League will follow soon after and given that they’re still a Pot 3 team for the group stage, things are unlikely to be smooth sailing in that. Above them are teams like Chelsea, Manchester City, Paris Saint-Germain, Real Madrid, Barcelona, Inter, Juventus and others, meaning there’s a good chance they’re in a bumper group. It could be a problem, so patience is key and given their efficient football model, there is no doubt that Jesse Marsch will be given the time to adapt, make mistakes, learn and grow.

Dominik Szoboszlai joined RB Leipzig in January but is yet to play a competitive game for them. The 20-year-old Hungarian’s time at the club has been troubled by injuries, but if anyone’s followed his spell at Red Bull Salzburg, they know he’s a confident, positive footballer. He was forced to miss Euro 2020 as well – the very tournament he helped his country qualify for with the winner in the play-offs – but has recovered in time for their pre-season campaign and should slowly get involved for Leipzig this season.

For some positivity, in Jesse Marsch’s only full season working with Szoboszlai in 2019-20 at Red Bull Salzburg, the player was instrumental in helping his side win the domestic double after the mid-season departures of Erling Haaland and Takumi Minamino and throughout his time working with Marsch, he scored 21 goals in 62 appearances.

Incredibly skilled and precise on set-pieces, I expect it to be a slow burner, but he should definitely have a fine season at RB Leipzig and should feel like a new signing. Furthermore, having options in attack such as Szoboszlai, Dani Olmo, Christopher Nkunku and Emil Forsberg right behind the forwards is an exciting prospect.

Why Should I Watch?

If Leipzig’s short Bundesliga history is to be taken in to consideration, they’re a fun attacking side who always want to push, so if that’s your thing, this team are the ones to watch. As mentioned, they’re making a new start and they want to end Bayern Munich’s reign as the dominant force in the Bundesliga, so there’s that bit of drama to it as well.

Leipzig are also the most hated club in the Bundesliga so if you’re keen on seeing banners protesting Red Bull, away fans boycotting games at the Red Bull Arena and jeers (amongst other things) aimed at the club’s players and staff, then this may be the club for you.