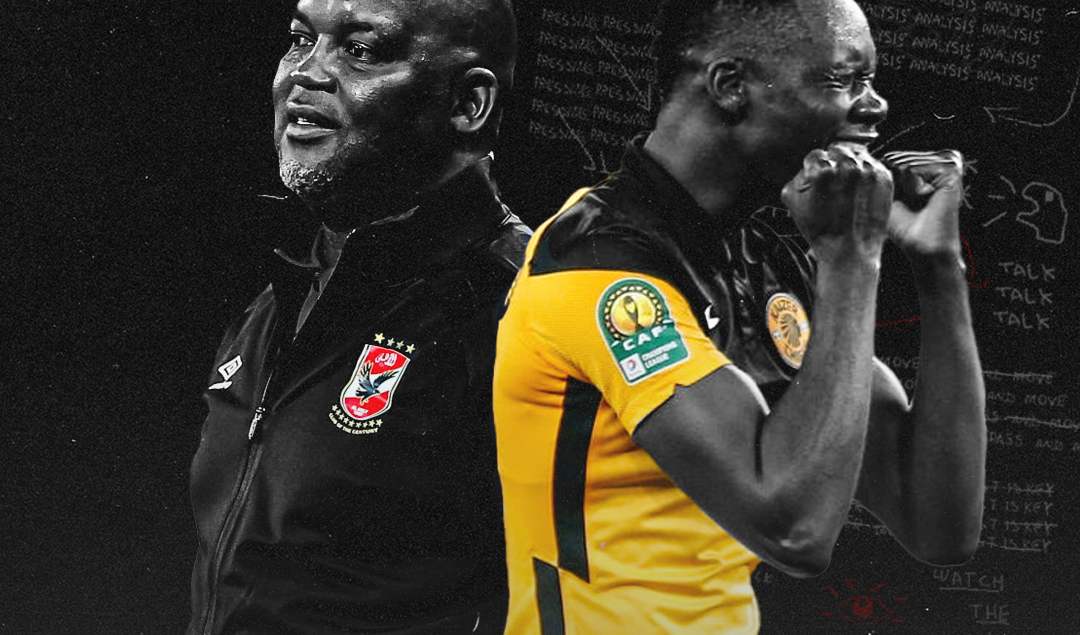 Africa is a continent steeped in history and tradition. It prides itself as the Motherland, with its diverse cultures and intriguing stories to wit. Its football bares similar marks, and despite the tepidity towards development is a hub producing world stars on a daily basis. In a 2019 CIES observatory report, five African countries (all West and Central African) ranked in the top twenty for player exports.

Ironically, it is indeed not a reflection of the domestic league. Majority of these players are either plucked early from the academies, or via unconventional routes. Stories like Silas Katompa Mvumpa’s (formerly Wamangituka) would be rife if more detailed investigation goes there.

While the West predominantly dominates player export, the North and South are moving with rapid pace internally. It is no surprise the 2021/22 CAF Champions League showdown is between Kaizer Chiefs of South Africa and Al Ahly of Egypt.

Ahly are a juggernaut and have successfully clinched nine CAF Champions League titles from thirteen final appearances. Kaizer Chiefs are debutants in the showpiece, in fact, Amakhosi had never featured in Africa’s flagship club tournament till this point. It is not for the want of trying, but a perceived arrogance.

Hemmed in Black and Gold

Kaizer Chiefs have won four league titles in the PSL era, and were even banned and fined $1500 from African Interclub competitions in 2005 for three years after they refused to participate in that year’s CAF Confederations Cup. The reason for their refusal was perceived injustice in a second-round qualification tie against Esperance in Rades.

Owned by Kaizer Motaung, Chiefs got lucky at a tenth time of asking in reaching the Group stages, it should not have been in retrospect. Khosi suffered a devon-lache style collapse on the last day of the 2019-20 league season after topping the table for twenty-three weeks in total and twenty-one weeks consecutively.

Rival fans never let them live it down, as an all-too-familiar face took the smile from their face, his name, Pitso Mosimane. Mosimane’s Sundowns had been the all-conquering force since Chiefs’ last triumph, becoming the envy of the country by racking league title after league title, as well as African dominance. Kabo Yellow had taken away “Love and Peace” from Naturena, until now. Misery had reigned, and Ernst Middendorp, the German had walked.

How Pitso Mosimane Built a Dynasty with Mamelodi Sundowns

Gavin Hunt, a master of the know-how in all things PSL arrived, and his Midas touch was anticipated to be the change Khosi needed. Hunt after all, had broken Sundowns hegemony as coach as Bidvest Wits, winning the league title after Sundowns had become Champions of the continent. The results weren’t as expected, Chiefs were mauled 0-5 by Orlando Pirates in the MTN8 semifinals, stunned 1-2 by Richards Bay in the Nedbank Cup first round and scraped an eighth-place finish only on the last day after spending a huge chunk of the season in the bottom half.

They failed to hit double digits in wins, and had a seven game, six game and five game winless run all inside a thirty league game season. It was purely pandemic form, aided by a FIFA transfer ban slammed on the club for tapping up Malagasy forward Andriamirado Aro Hasina Andrianamimanana. Amidst the chaos, lay the bright light bulb in the corner of the dark room; the CAF Champiosn League.

In their rematch against Wydad in the semifinal, Arthur Zwane, who had become head coach at this point masterminded two ties where Khosi faced 43 shots and did not concede a goal, with Bruce Bvuma and Daniel Akpeyi equalling contributing seven saves.

Motaung’s club boasts arguably the biggest fanbase in South Africa. In a Digital Media Report from 2020, Chiefs ranked number one in following in South Africa, two and a half times the number of Orlando Pirates. A revolutionary, Motaung was one of the early connoisseurs of mega-club branding encouraging players to look the part and act it. Fifty-one years on, it is on the field they may yet join the revolution. The arrogance and elegance of the Chief will remain, yet it is a humble pie that has set them on the path of greatness.

When the Holy Quran implored believers to protect themselves from Shaytan and seek refuge in Allah, it was a verse African clubs never took literally. The Red Devils are Africa’s juggernaut, and now they stand on the cusp of La Decima. They are coached by a South African and have a Moroccan, Tunisian, Malian and Congolese in their spine.

Ahly are inevitable. Africa’s club of the twentieth century is on the verge of becoming the club of the twenty-first century. They have won the CAF Champions League with managers of three different nationalities, and boast a seasonal budget that overwhelms that of more than three-quarter of Nigeria’s professional football league.

The standard at Ahly is high, and failure is simply not an option. This is a club that is reportedly willed by the power of the state in endorsements and sponsorships. Ahly have a media empire, the first of its kind on the continent and with a fanbase that is over 70 million strong across Africa, you can but say 42 Egyptian league titles, 37 Egyptian Cups, and seven African Super Cups is as strong a resume as it gets.

Even the Behemoths that are Barcelona, Real Madrid, Boca Juniors and River Plate should be green with envy. Bringing Pitso Mosimane has worked to a tee, he won the treble within his first three months despite bickering in some quarters it was all set up for him because Rene Weiler had done all the work. He is on the cusp of one himself now, having done all the ground work himself.

Ahly have had the busiest schedule of an African club post-resumption of football. It is a massive credit to those who run the team. This is no child’s play, if Pitso achieves back-to-back doubles with this team, Ahly’s reputation as Thanos would be guaranteed. He is already leading the revolution of African coaches, with the continent in his wake, the question would be to conquer the world.