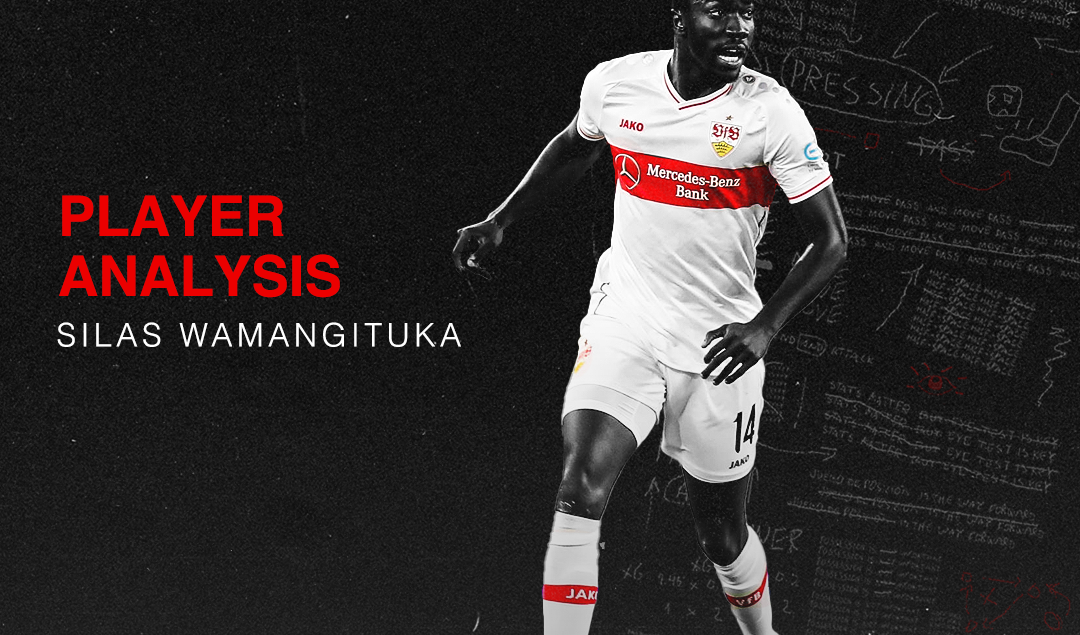 When looking for destinations to visit in south-western France, you would be forgiven for overlooking Alès. With the greatest respect to this town of 40,000, nothing much happens here. Biologist Louis Pasteur performed research on silkworm diseases in the town in the 1860s. World Cup-winning defender Laurent Blanc was born here in 1965. It is twinned with Kilmarnock.

Mirroring this underwhelming history is a fifth division football team. You have to go back to the 1930s to find Olympique Alès in the top flight, but amazingly a former player of theirs is currently the Bundesliga’s sixth-highest scorer.

Silas Wamangituka was born in DR Congo on 6 October 1999 and grew up playing barefoot on the streets of Kinshasa. In 2012 he joined the academy of Black Mountain Sport, an initiative chaired by Nicolas Anelka. He then spent several years at Olympic Matete. In February 2018 Wamangituka’s advisor, Olivier Belesi, offered him to Montpellier, who sent him to parent club Alès. The Congolese only played six games as the club narrowly avoiding relegation to France’s sixth tier. 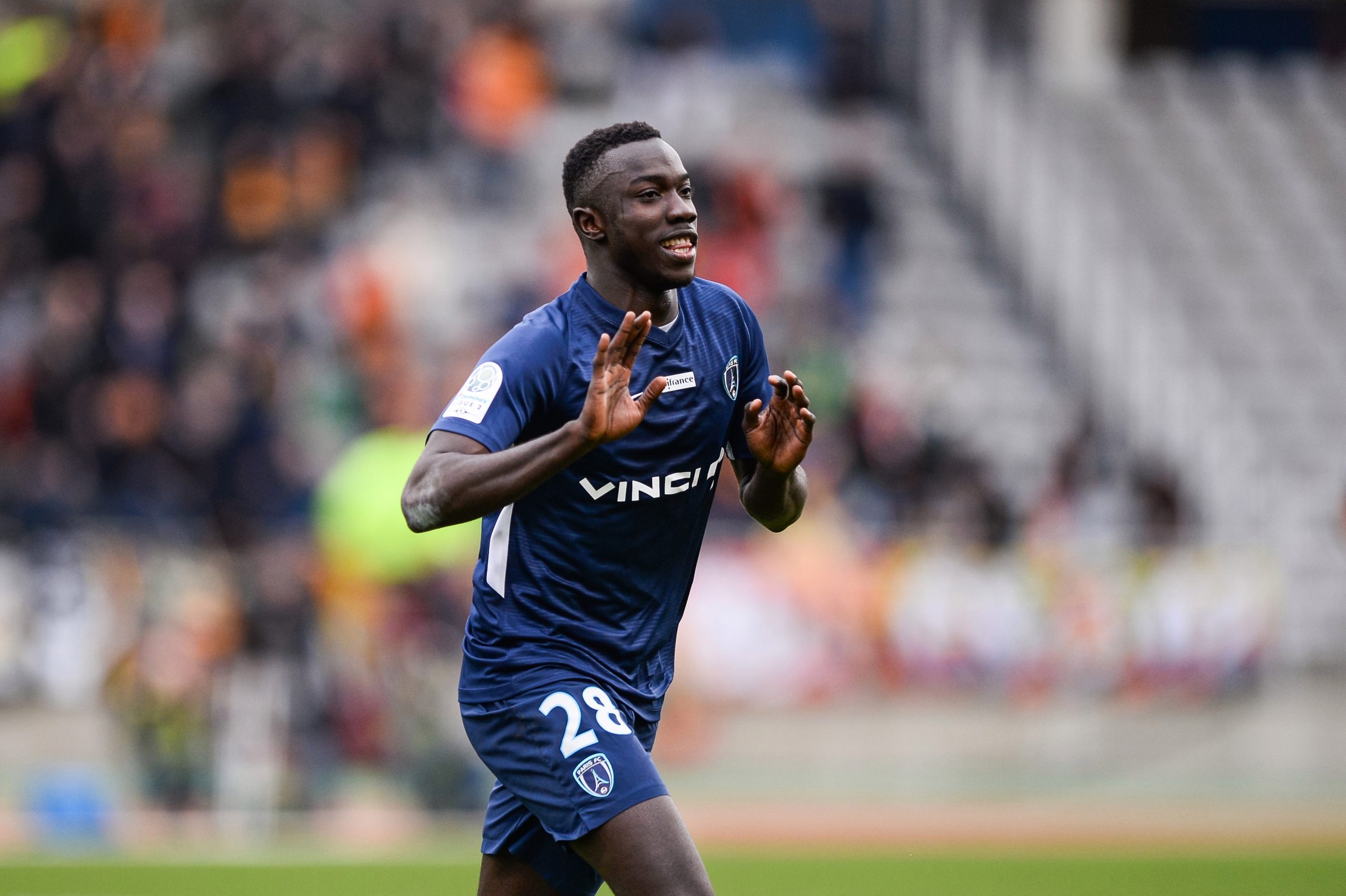 Pasteur spent five years in Alès, but it was clear Wamangituka would not stay anywhere near as long. In the summer of 2018, he was snapped up by Ligue 2 outfit Paris FC, with the intention of playing in the reserves. Soon enough, though, first-team manager Mehmed Baždarević saw enough to use Wamangituka as his starting striker.

Naturally, it took some time for the Congolese to adjust to the higher level. He was initially used off the bench. He was sent off in only his second game against Ajaccio. It took until November for Wamangituka to score his first goal. From there he found his feet, ending the season with eleven goals. PFC finished fourth, their highest position for almost four decades. Earning qualification for the Ligue 1 promotion play-offs, they would lose in the quarter-finals to Lens.

By now Wamangituka was well known in scouting circles. Barcelona and Liverpool were both keeping tabs, but his destination was VfB Stuttgart. Despite playing in 2. Bundesliga, manager Tim Walter felt it was worth paying the €8 million transfer fee. Joining after appearing in two games for PFC in the 2019/20 season, Wamangituka found his true calling in Germany. He was repositioned by Walter as a right wing-back, utilising his searing pace and dribbling ability. This switch also addressed some of the poor decision-making in front of goal he showed in France.

Walter was sacked in December, but his replacement Pellegrino Matarazzo got Stuttgart promoted using a similar system. In a 3-4-1-2, Wamangituka was been allowed to cut inside and make runs centrally. The results were impressive: seven goals and eight assists.

In the Bundesliga, Matarazzo has stuck with his formula. That gives Wamangituka the freedom to get forward. He also acts as a high-pressing threat, averaging 7.5 pressing duels per game. At the same time, he does not have to worry too much about defending, being covered by right centre back Pascal Stenzel. 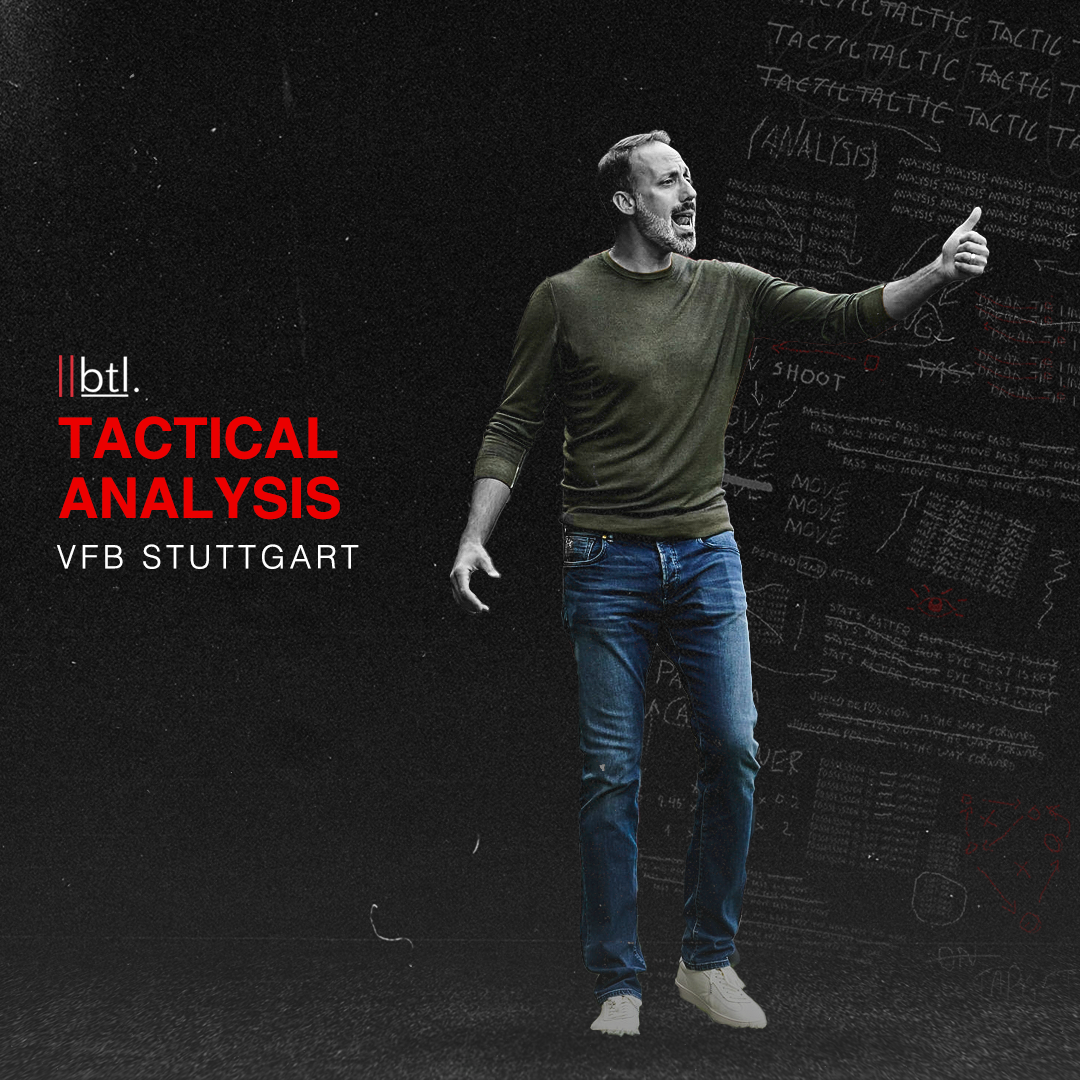 Stuttgart lost on opening day to Freiburg, but it was a great example of Wamangituka’s role in this youthful team. He burst through at 1-0 down to have a shot cleared off the line by Dominique Heintz. Into the second half, he got on the end of a ball from Wataru Endo to net his first Bundesliga goal.

Wamangituka scored a similar goal in the next game, against Mainz, controlling Gonzalo Castro’s pass to fire Stuttgart level. The Congolese also played a hand in Stuttgart’s third, leading a counter-attack to square for Mateo Klimowicz. Another goal came against Hoffenheim, and at the end of November, he was named Bundesliga Rookie of the Month.

This form has continued into December. Wamangituka put Stuttgart up at Werder Bremen from the penalty spot. Late on he prompted controversy after pouncing on a miscommunication between Jiří Pavlenka and Ömer Toprak.

Presented with an open goal, Wamangituka stopped on the line, only thumping in when Pavlenka got nearby. That annoyed several Werder players, most notably Davie Selke, and earned him a booking from Frank Willenborg for unsporting behaviour.

He got booked for it too!pic.twitter.com/hyyl4XCiuJ

Another man to feel suitably aggrieved by Wamangituka would be Lucien Favre. The ex-Borussia Dortmund coach was hanging on o his job before the winger led Stuttgart’s 5-1 thumping of BVB at Signal Iduna Park.

Just like in Bremen, Wamangituka opened the scoring from the spot. In the second half, a great run from Orel Mangala allowed him to ghost into the box. Wamangituka showed excellent close control to take two touches from the Belgian’s pull back before firing past Roman Bürki. Later he cut out Jude Bellingham’s pass to release Tanguy Coulibaly, and the PSG loanee curled in to make it 4-1.

Going into the winter break Wamangituka has seven goals and three assists in the Bundesliga. It is a remarkable rise for the 21-year-old.

Even more surprising is he is yet to be called up for international duty. On this matter, DRC head coach Christian Nsengi-Biembe said: “I would like to (call him up), but I can’t. There is an administrative problem, a passport problem. We’ve heard a lot of things, in particular, that he was a political asylum seeker. But there is also an identity problem. One thing is for sure, we’ve never heard of this Wamangituka in DR Congo.”

In December 2019, L’Équipe accused Wamangituka of using a false identity, alleging he is actually called Mvumpa Katompa Silas. Their evidence was a visa application from 2017, which featured a remarkably similar photo. A club in Kinshasa also bizarrely claim this player disappeared from their club two years ago.

Whoever this man is, they have certainly heard of him in Germany. His association with Alès might even make Stuttgart fans want to visit. They could do with a coach full of tourists.