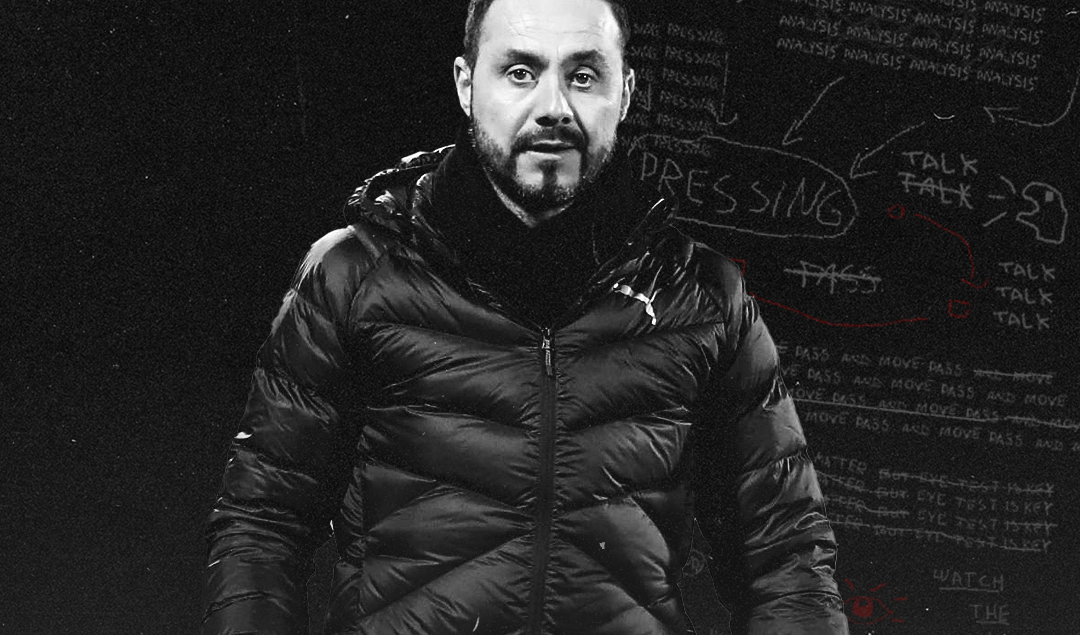 Serie A is still often depicted as a defensive league, the home of Catenaccio. Fabio Capello’s 1993/94 AC Milan side did win the Scudetto whilst only scoring 36 goals, so this claim isn’t entirely unjustified, but Italian football has progressed since then. Take Atalanta for example. They managed 98 goals last season and provided some of the most entertaining football in Europe. Today, there’s a new kid on the block, this time in Emilia-Romagna.

It was 13th June 2018 when the announcement was made that Roberto De Zerbi would manage Sassuolo. The decision seemed questionable. De Zerbi was unable to keep Serie A strugglers Benevento afloat in the previous season and their subsequent relegation did little for his footballing CV.

It’s conflicting to describe a relegation season as positive, but what De Zerbi achieved on a minuscule budget in the form of footballing style caught the eyes of many. Possession-based, attacking football and a shrewd mind in the transfer market (which included the loan signing of Filip Djuričić) meant that Sassuolo felt the 39-year-old manager was a risk worth taking. Now 41, the Neroverdi sit fifth in the Serie A, just five points off first-place Milan.

Primarily deploying a 4-2-3-1 formation, whilst experimenting with a back three in a couple of games, De Zerbi’s style seems obvious, but it’s far from it. 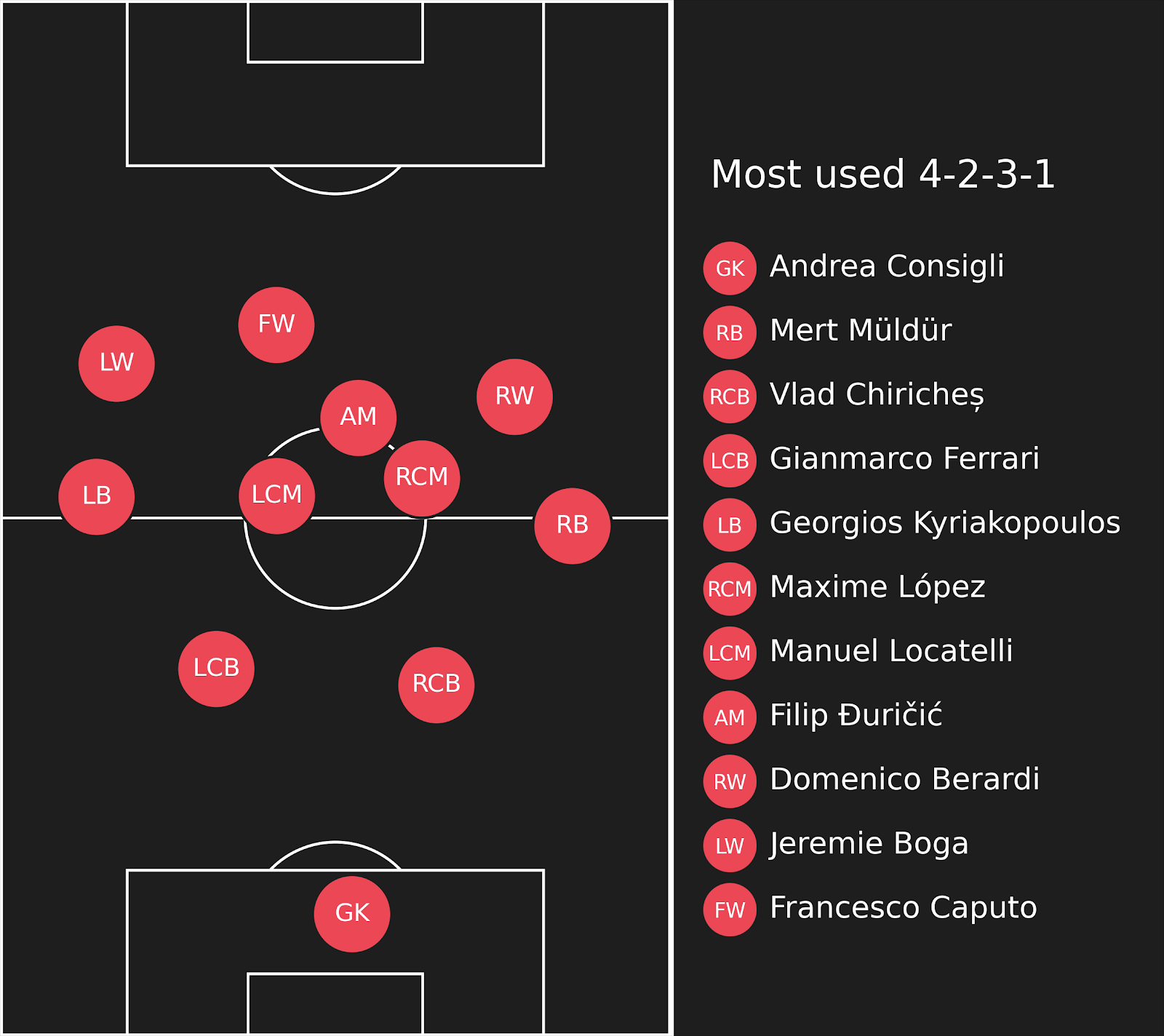 The tactic of allowing the opposition to maximise their press is a risky one. If done right, the build-up phase can look almost like a counter-attack. One missed pass or poor touch however, and the opposition will be in with a real chance of making you pay. This is the risk De Zerbi’s Sassuolo side takes every game, but it’s down to the personnel De Zerbi has at his disposal.

Central defender Gianmarco Ferrari is key to the way Sassuolo build-up and, as they are reluctant to drop a midfielder in to collect the ball, his passing is crucial. As of December 2, Ferrari has completed the most forward passes of any defender in Serie A this season (252), followed by Juventus’ Danilo (203). Astronomical numbers and symptomatic of the way De Zerbi sets his team up, the centre-backs use the midfielders as wall passes to triangulate the ball up the pitch. 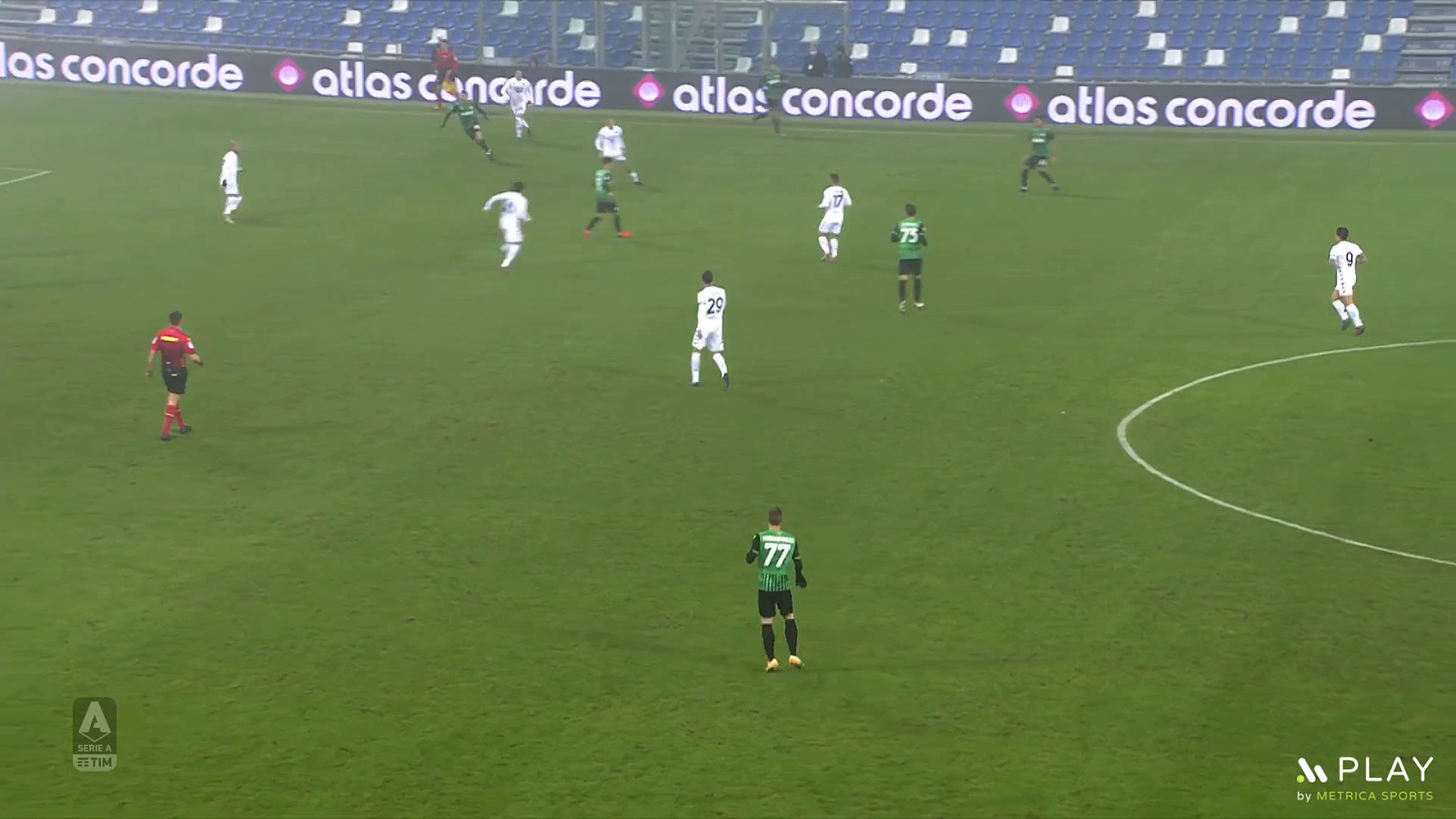 What’s more is De Zerbi’s ability to adapt to the different personnel Sassuolo have at their disposal. The role of the forward players changes magnificently whether it’s Jérémie Boga on the left-hand side or Lukáš Haraslín.

What you see in the clip above is such a subtle change in style and is solely  based on the personnel. Where the absent Francesco Caputo would have made a run in behind, leaving Haraslín out wide, Djuričić prefers to play with his back to goal and comes short for the ball. This allows Haraslín to cleverly run inside and leave space for the onrushing left-back Giorgos Kyriakopoulos.

The difference in number nine has altered the final third build-up phase and is key in why Sassuolo can create chances against any team. Although they got lucky in the end against Benevento, this conscious alteration makes it hard for teams to prepare for Sassuolo defensively.

What is of further interest is the link between the usual attacking-midfielder Djuričić and central striker Caputo. Djuričić was a loan signing during De Zerbi’s reign as Benevento manager, so the comfort of a known acquisition that fit the system would have been a good start to the 4-2-3-1 formation. Despite the role looking like a midfield one on paper, once the game starts it is clear to see the Djuričić operates as a second striker, bursting into the box on almost every attack.

A distinguished composer in the heart of Sassuolo’s midfield, Manuel Locatelli disperses the ball with the comforting ease of a sun-speckled tide out in the Pacific. His imaginative probing play sparks Sassuolo’s attacks and is one of the crucial elements of De Zerbi’s side. 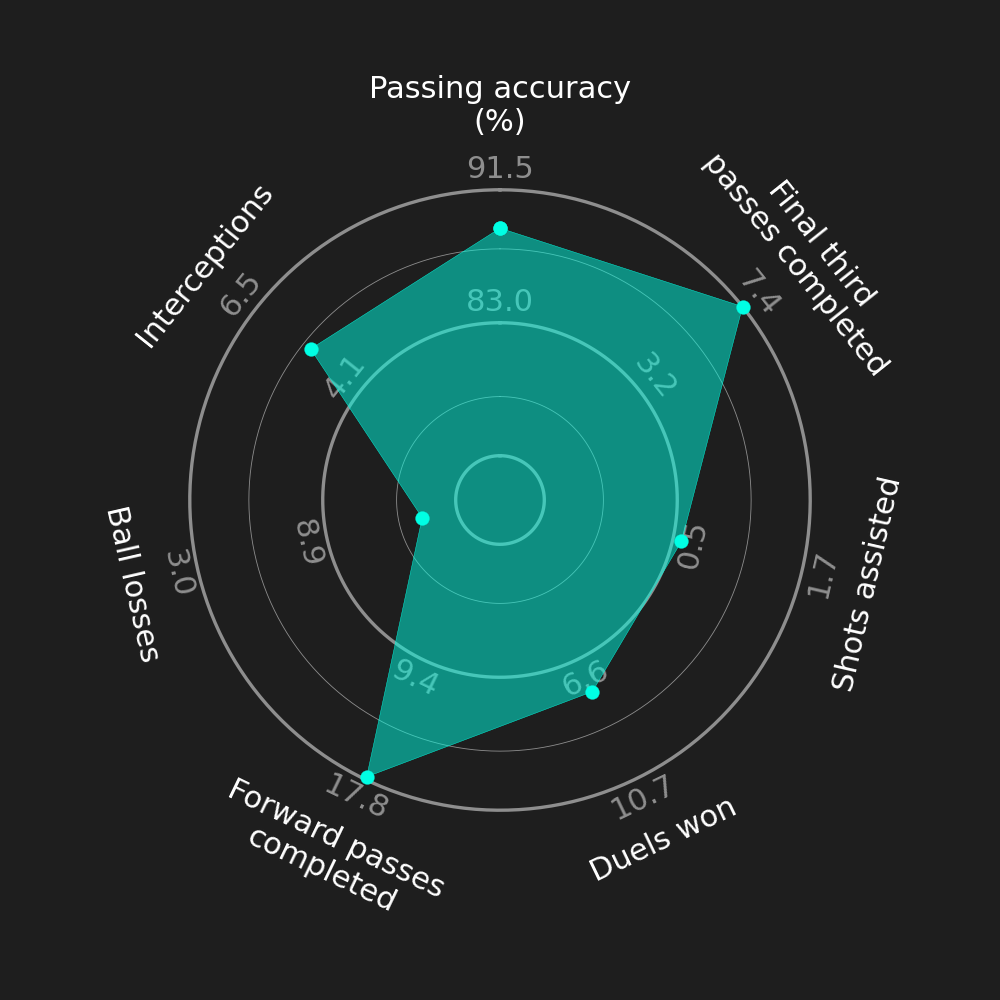 The Milan academy graduate’s reluctance to only be used as a loan player saw his second season at Sassuolo become a permanent one and now he is driving the Neroverdi all the way up the table. The Italian international has completed the most forward passes of any midfielder, hitting 111 in the Serie A this season. The closest to him is Luis Alberto with 82.

Whilst the forward line may shift and change, one thing remains the same: Locatelli in the heart of the midfield. Usually playing in a double-pivot, alongside Frenchman Maxime Lopez, Locatelli has thrived in De Zerbi’s 4-2-3-1 formation. He prefers to begin from deep, acting has a link player, rather than a main contributor to the attack. From there, Locatelli can probe the opposition’s defence with his dangerous line-splitting passes once they have retreated. A classy player and still only 22 years old.

Sassuolo are the product of an effective, exciting system under a young manager. Smart acquisitions and the development of existing players has seen them rise to a top five Serie A team, and with the table tightening up, there is no reason they can’t maybe even surprise a few.