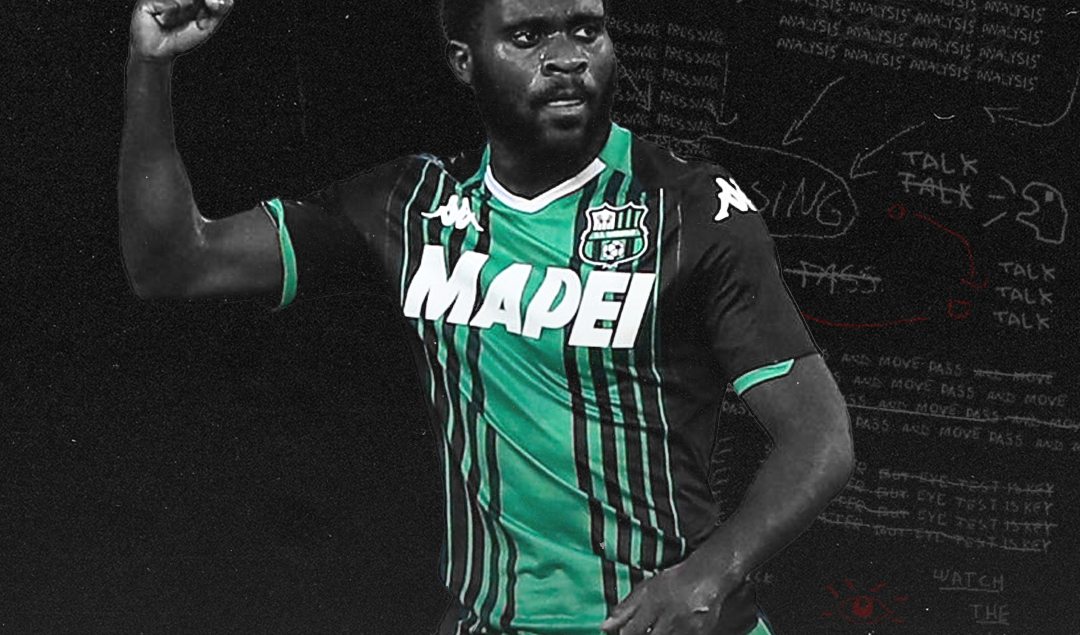 Chelsea have established a reputation for boasting one of the finest academies in Europe, with a collection of triumphant youth teams and a constantly expanding crop of young talent. But due to the demand for immediate success and the competition for first-team spots, many prospects have had to depart Cobham to get a chance at the professional level.

Declan Rice has emerged as an England starter and a powerhouse at West Ham since being released from Chelsea’s academy at 14 years of age. Nathan Aké made a name for himself at Bournemouth after joining from Chelsea on a permanent deal in 2017, so much so that Manchester City purchased him for £41 million this past summer. Other players such as Tariq Lamptey, Eddie Nketiah and Rhian Brewster have reached varying levels of success in England since departing Chelsea.

One of those players is Jérémie Boga. Born in Marseille to Ivorian parents, Boga joined Chelsea’s academy at 11 years of age after his father secured a new job in London, causing the family to move to England. Boga rose up the ranks at Chelsea before being sent out on two consecutive season-long loans to Rennes and Granada.

After returning from his loan in Andalusia, Boga was given a surprise start by Antonio Conte in Chelsea’s opening match of the 2017/18 season against Burnley, but he was hauled off in the 18th minute for Andreas Christensen after Conte looked to shore up the defense following Gary Cahill’s red card. Nevertheless, Boga signed a three-year contract extension at Chelsea before heading out on loan to Birmingham City.

Boga found himself in and out of the team during his lone season in the Championship, as the Blues went through four different managers in a single season before narrowly avoiding relegation. He only registered 2 goals and 3 assists in 34 appearances for Birmingham City — the first goal coming against Sheffield United, which saw him win the club’s Goal of the Season award, the second coming against Sunderland, which saw him lift the club out of the relegation zone. 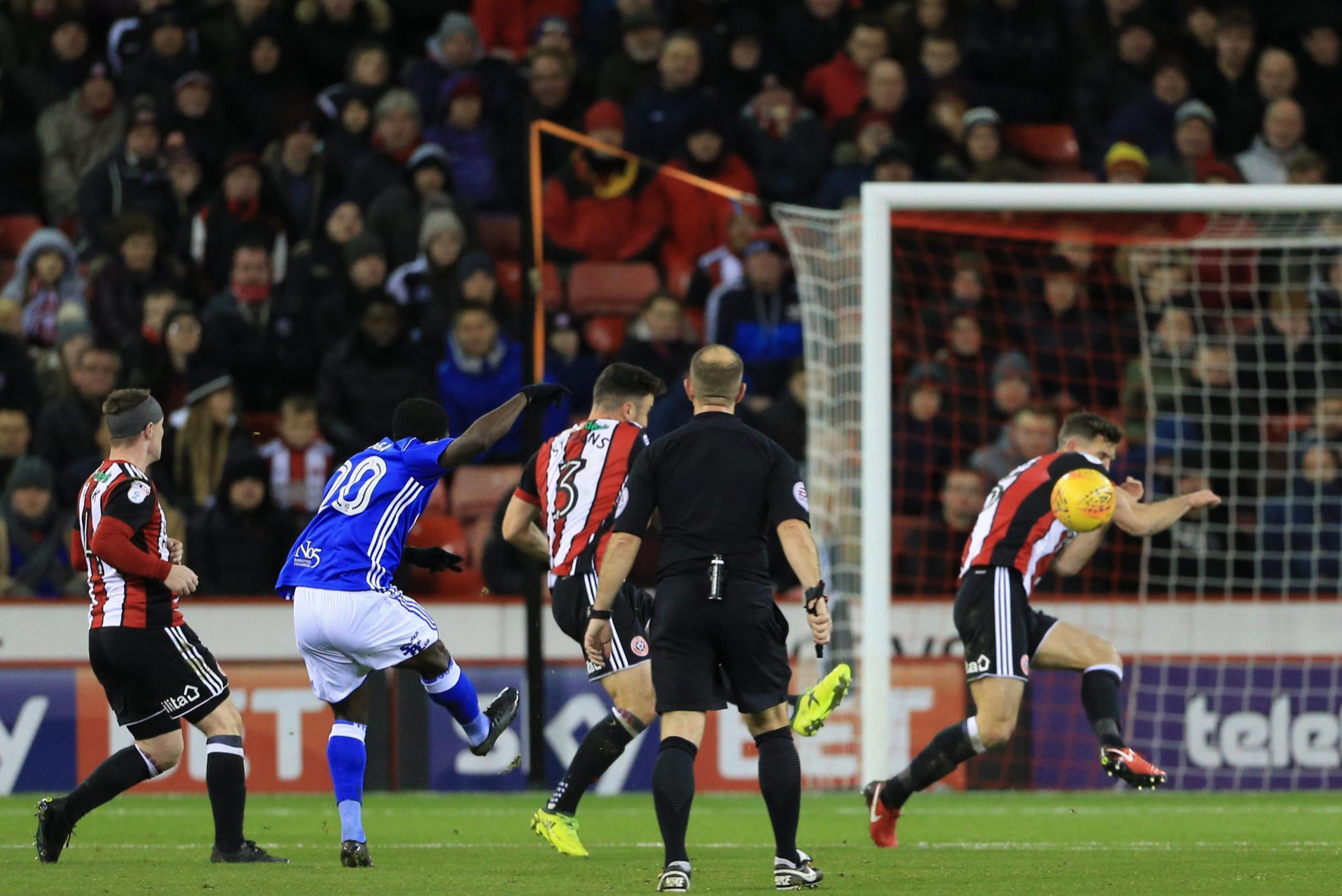 After his tumultuous season at St Andrew’s, Boga departed Chelsea on a permanent deal, joining Sassuolo for a fee of £3.5 million, with Chelsea retaining a buyback clause of £13 million. Boga began his time in Italy as an impact sub, but he was sidelined for two months due to an injury. He headed to Barcelona where Dr. Ramón Cugat successfully removed the calcium deposit in his knee.

He returned to first team action following the winter break, and after a run of off-the-bench cameos, he became a full-fledged starter under Roberto De Zerbi in February, finishing the season with 3 goals and 1 assist in 27 appearances. Despite his strong finish to the season, he was left off Ivory Coast’s squad for the 2019 Africa Cup of Nations, with Ibrahima Kamara preferring more experienced options such as Max Gradel and Roger Assalé.

Boga began the 2019/20 season on the right foot, providing an assist in their season opener as Sassuolo lost 2-1 to Torino. Playing on the left wing, the Ivorian formed a dynamic attacking trident alongside Francesco Caputo and Domenico Berard, as the Neroverdi finished in 8th place.

During the 2019/20 season, Boga attempted more dribbles than any other player in Serie A with 330 (10.59 every 90 minutes). He unleashed havoc on defenses with his lethal first touch and brutal change of pace; he can beat opponents by cutting towards the inside, by running alongside the touch line, it doesn’t matter. He’s an unstoppable dribbler.

Boga has the ability to maneuver out of a three-man cage with an elaborate nutmeg or by gracefully touching the ball behind the defender before rushing past him and picking up the ball. Facing an opponent in a 1v1 duel, he waits for the moment to move the ball and create the space in order to exploit his speed. You get the impression that he can anticipate whatever move the defender is about to make before he makes his move.

As a right-footed winger, Boga has the technical ability to control the ball on the outside of his foot, drive into the final third with the ball glued to his feet, before cutting inside and unleashing a long shot. His accuracy from outside the box has made him a nightmare for opposing defenses, with Boga netting long shots against Roma, Torino, and Brescia last season. 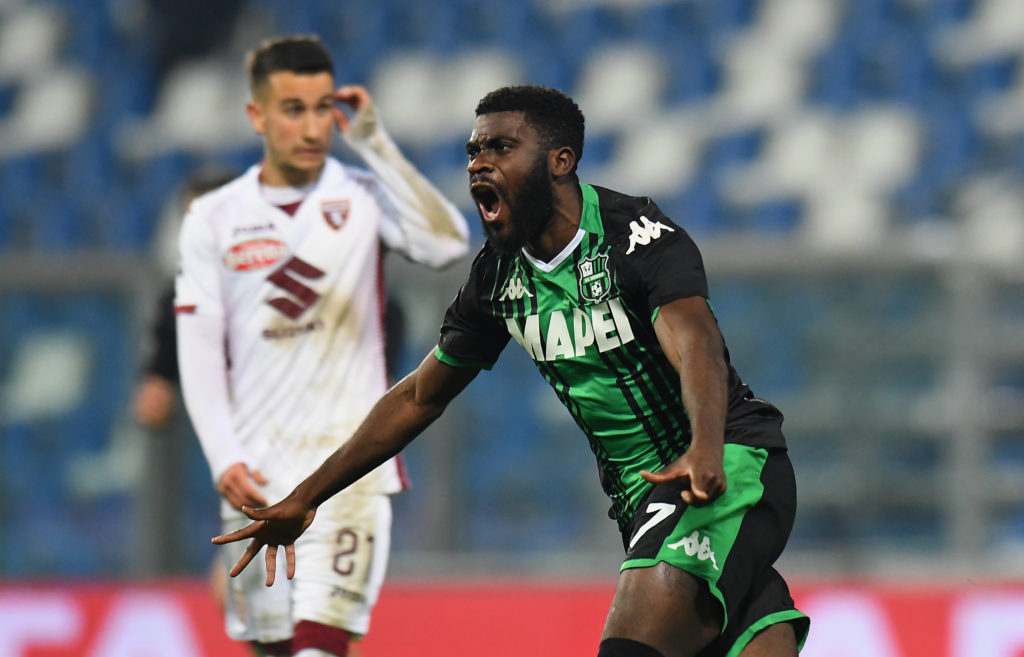 Whilst Boga has always been a supremely talented winger with close control, a low center of gravity, and a brutal acceleration, he has finally married his technical ability with the decision-making and end product in front of goal. Under the watchful eye of De Zerbi, he has developed a knack of cutting in from the left before curling a shot into the top corner. Defenders don’t know how to stop him; if they give him enough space, he can shoot; if they get close him down, he can run past them easily, often embarrassing them with his graceful technique.

Prior to the 2019/20 season, Boga had registered just 10 goals and 6 assists during the entirety of his senior career; he scored 11 goals and 4 assists during last season alone. Despite his improvement in his end product, he still has weaknesses that he needs to overcome before making the step up to a top club. He struggles in his crosses — although he tends to avoid crossing opportunities.

Whenever he starts the action from his wide areas, he tends to move towards goal, running horizontally or diagonally, and create the space for the left back to overlap. Most of the time, he doesn’t have to cross anyway because once he bypasses his opponent, he’s already inside the penalty box so he can either shoot or attempt a short pass for a teammate nearby the goal, as seen in his assist for Berardi against Torino last season.

Several clubs such as Atalanta, Roma, Sevilla, Borussia Dortmund, and Rennes attempted to sign Boga this summer. Chelsea were reportedly interested in exercising their buyback option on Boga’s contract, but they instead decided to renegotiate their deal and insert a right of refusal as well as a sell-on clause between 10 percent and 15 percent.

Daniel Boga, Jérémie’s brother and agent, confirmed that Napoli attempted to sign him for a would-be club record fee of €30 million + €5 million, but Sassuolo CEO Giovanni Carnevali held out for €40 million.

“Napoli made numerous offers to Sassuolo who turned them down because they wanted more money. [Napoli sporting director Cristiano] Giuntoli tried hard, it’s not Napoli’s fault that he didn’t arrive but Sassuolo who didn’t want to sell him. We will certainly talk about it in the future.”

In doing so, Carnevali kept his promise to De Zerbi that he would do everything in his power to keep his star prospect. However, Sassuolo are a club known to export talents for massive profits after short spells at the club, with Merih Demiral, Matteo Politano, Stefano Sensi and Simone Zaza all making the move to Italy’s biggest clubs after their time in Emilia-Romagna. With his contract set to expire in 2022, it’s only a matter of time before Boga follows in their footsteps.

At 23 years old, Boga is emerging into one of the most exciting players in Europe, and after recovering from COVID-19, he’ll be looking to continue his excellent form for his club as Sassuolo look to close the gap with Italy’s top clubs.