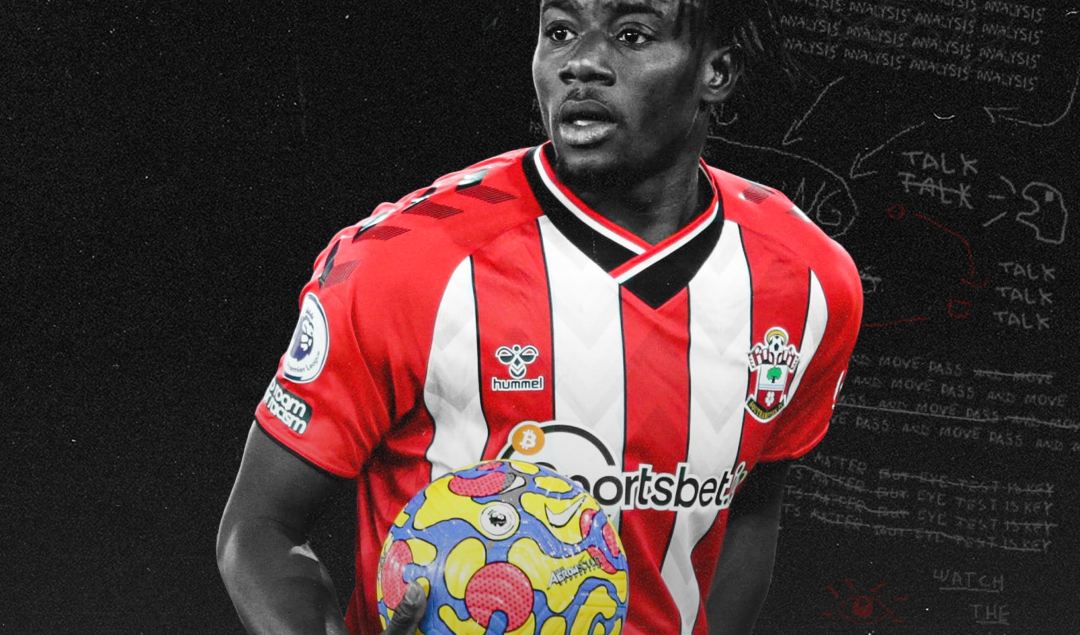 Southampton are an enigma wrapped within a riddle, Amazon Prime’s dream. They truly are all or nothing. Brentford assistant coach Brian Riemer put it best when he said, ‘this is a team that can win 10-0 or lose 10-0.’

Seven games unbeaten, and taking points off Manchester City, Tottenham and Manchester United to 11 games without a win all within the space of five months. Southampton and Ralf Hassenhutl always seem to be living on borrowed time.

This is a squad of little discernible Premier League quality, England internationals Kyle Walker-Peters and James Ward-Prowse being the exceptions, and time is running out for Hassenhutl to arrest these peaks and troughs. The Alpine Klopp’s project is veering off-piste, so how does he ensure both his and his club’s future?

Well, they need an identity. This is a side that concedes goals at the rate of knots and similarly struggles to convert their own opportunities. A team that can’t defend or score? Sounds damning. But for now, they are propped up by a technical and energetic midfield who offer some semblance of stability whilst still finding time to drag them to results.

Ward-Prowse is a cheat code, but he’s ambitious and will surely demand a move away from St. Mary’s should Southampton drop into the Championship.

With that in mind, Southampton’s recruitment this summer needs to be coherent. At the moment this is a squad full of mercenaries and journeymen. Southampton raided European champions Chelsea last summer, taking Tino Livramento (£1.5m) and Armando Broja (loan) to the South Coast, and this policy of poaching out of favour youngsters from top six clubs appears to be proving fruitful.

It’s bought down the average age of the squad and added more dynamism to a squad who looked to have run themselves into the ground, quite literally – they have consistently been amongst the top five teams for pressures in the Premier League since Hassenhutl took charge. But Livramento’s long-term injury, and Broja’s imminent return to Chelsea pose questions not over the profile of player they need, but whether they can replicate the success of the two Cobham graduates.

Adam Armstrong also arrived last summer after a successful stint with Blackburn Rovers, and whilst he is still young there are question marks over whether he can lead the line for a topflight outfit.

Like Che Adams, who arrived from Birmingham City in 2019, Armstrong is technically capable, a strong runner and fits a certain profile of player that Hassenhutl likes. But despite his goalscoring record outside of the Premier League he doesn’t appear to command the respect of a player who can make Southampton fans dream again like Danny Ings or Rickie Lambert before him.

Adams and Armstrong are interesting options, but Southampton need a striker who can capitalise on the chaos the pair cause through their hard running.

Southampton have struggled defensively, but with both Mohammed Salisu and Romain Perraud adapting fairly well to English football there seems little reason to reinforce the backline. Where Southampton need to desperately reinforce is in between the sticks.

Their decision to recall a 34-year-old Fraser Forster is telling of the predicament the Saints have found themselves in. Alex McCarthy has flattered to deceive during his six-year spell at Southampton, never quite matching the expectations he set himself at QPR.

Fresh blood is needed, and in Chelsea’s Nathan Baxter there could be more value to be found in West London. An impressive loan spell at Hull City has alerted several Premier League clubs to his ability.

It’s not just on the pitch where Southampton need to reshuffle. Hassenhutl has been without a permanent assistant since Danny Rohl left in 2019, and an appointment in this department could bring fresh impetus to a squad who has routinely struggled to build any momentum over the past three years.

There’s been very little upheaval in this time, and it appears complacency and comfortability may have set in. A club without direction is always on the cusp of capitulation, just ask West Brom and Sunderland fans.

Southampton have a tactically malleable squad who are prepared to work towards a cause, they just need to know what that is. Ultimately attempts have been made to resurrect these all-too-common slumps in form and breathe fresh life into the squad, but this summer these efforts need to be doubled and redoubled.

There is a very strong sense of too little too late looming over the Saints, and it feels as though huge steps need to be made over the course of the summer to protect them from being dragged into a relegation battle next season.