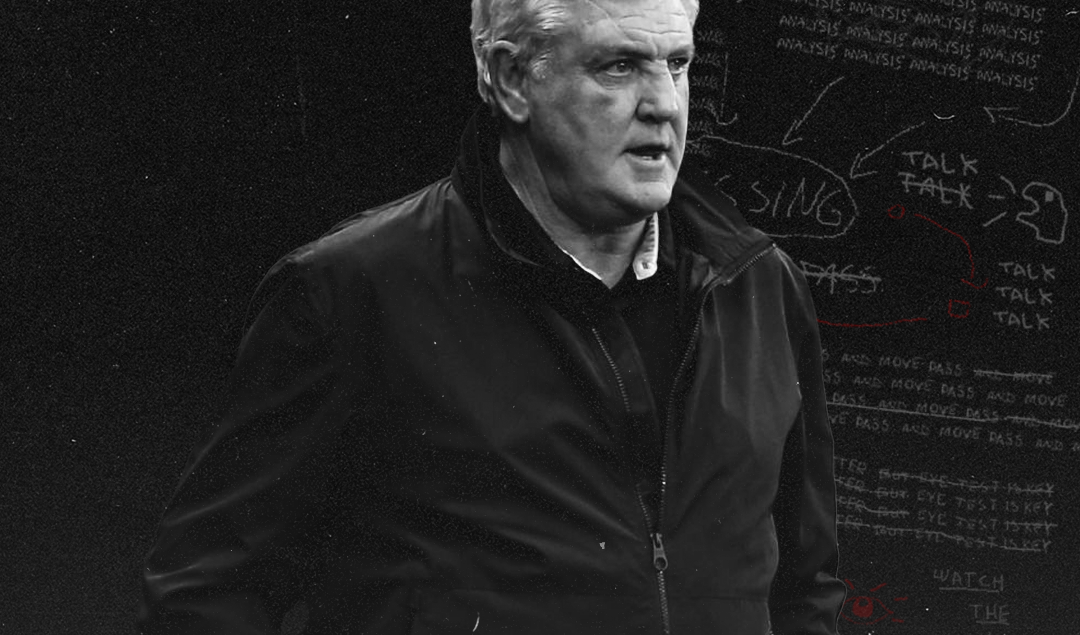 West Bromwich Albion’s 4-0 victory over Sheffield United in August sent a rippling statement to the rest of the EFL Championship. As two recently relegated sides did battle at The Hawthorns, Albion prevailed convincingly in a physical and overpowering performance.

Valerien Ismael looked odds-on to go one better than his playoff campaign at Barnsley and guide the Baggies to promotion. At that point, nobody could’ve foreseen the unraveling of Albion’s season, as they finished in their lowest position in the footballing pyramid for over two decades.

Ismael came with a reputation of reinventing the wheel with his extreme Gegenpressing style at the Tykes, their route from last-minute survivalists in 2019/20 to top six candidates the following season was remarkable. It gave the Frenchman the platform to reinvent the wheel, as his all-action side caught the eye with their forceful 3-4-3 shape.

He aimed to transfer that to Albion when he joined in June of last year. Questions were asked of whether he had the pedigree required to manage a club with expectation of promotion, rather than an underdog for such an achievement.

The summer window was unremarkable for Ismael, as he aimed to refresh the squad on what seemed like a tiny budget. However, that was deemed to be because the boss was waiting out for the chance to sign the striker he signed on loan when at Barnsley, Daryl Dike.

A deal with Orlando City wasn’t to be possible until January, and with Ismael unwilling to spend the money on a second choice striker for the time being he brought in Jordan Hugill who was widely renowned as a hard worker, but not prolific in front of goal.

He hoped that his midfield general and captain at Barnsley, Alex Mowatt would help sway the current Baggies squad to buy into his play style – he joined on a free transfer. However much like Ismael’s reign, Mowatt’s form went downhill after the first five games.

It was clear from the get-go that Ismael had embedded the squad into his 3-4-3 formation and all possible criticisms of the style being ‘boring’ were soon set aside after the first game of the EFL Championship campaign. 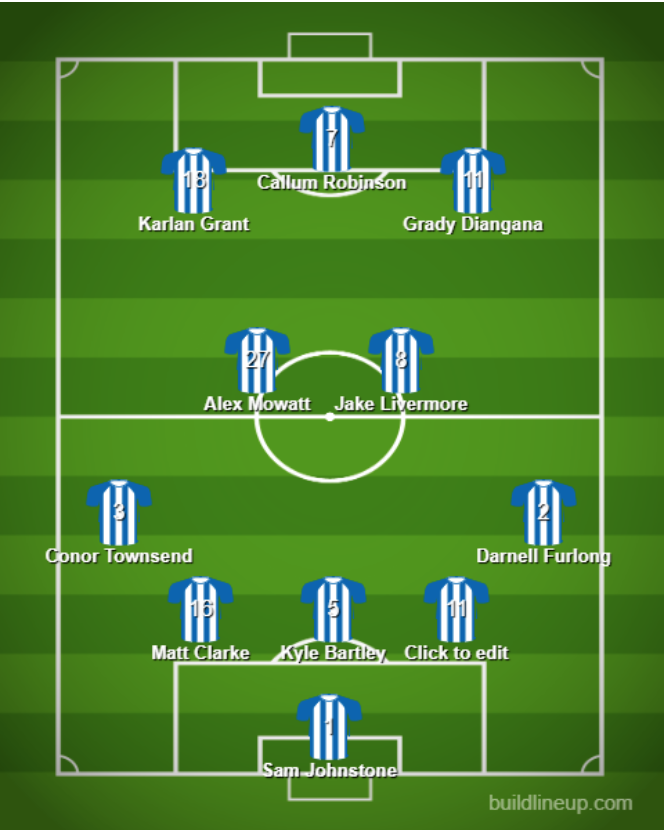 “I want us to be horrible to play against, we have to be unpleasant for the opponent.” – Valerien Ismael after joining West Brom.

They played out a 2-2 ding-dong battle with to-be-promoted AFC Bournemouth, which if anything was more like a basketball match than the dull, drab affair that would begin as winter loomed.

Callum Robinson and Dara O’Shea scored the goals in a game that would show the fun side of Ismael’s football, as they squeezed the opposition when they had the ball, their back-three almost inside Bournemouth’s half. 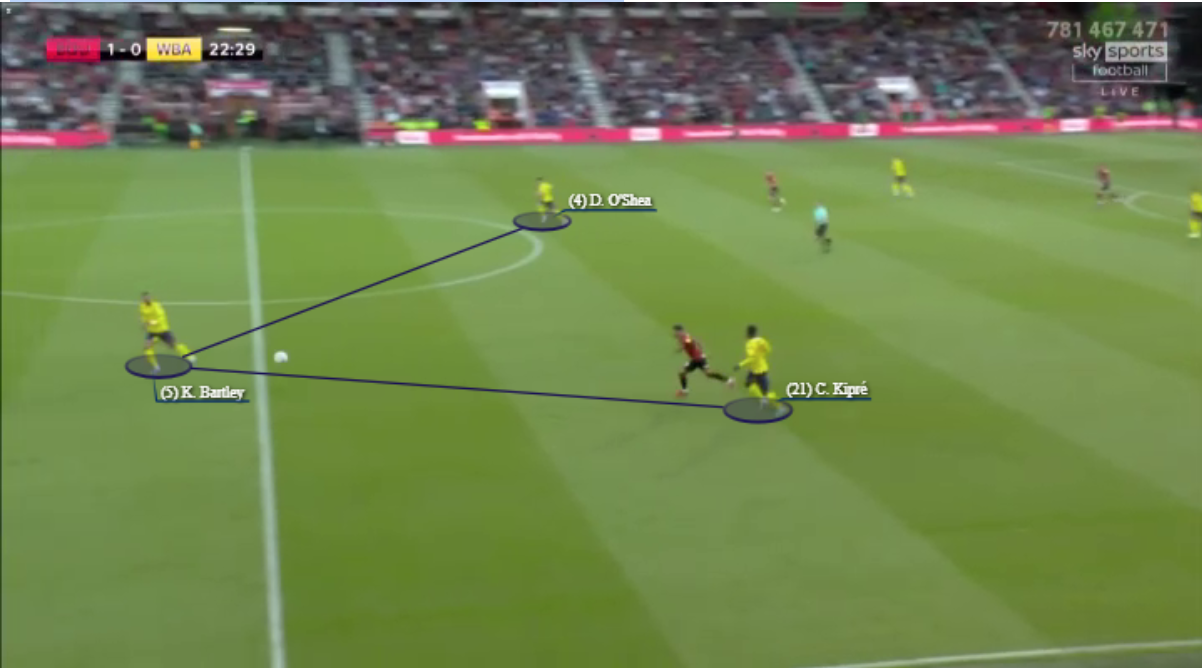 It was chaotic, and made to be so by Ismael, who knew that the Cherries would be better on the ball so ensured their midfield talents wouldn’t be able to get the ball down and play.

The same theme continued as they beat Luton Town 3-2 in their second game of the campaign,  convincingly took down promotion hopefuls Sheffield United at The Hawthorns and edged out Blackburn Rovers away from home.

But following a bright start to the campaign, the cracks began to appear in Ismael’s resolute approach. A 1-0 win over Peterborough United was clouded with emotion as a last gasp Semi Ajayi winner meant they got three points at the Weston Holmes Stadium.

However, this was the first sign that playing against a side typically found lower down the table could spell issues for Ismael’s Albion. Darren Ferguson’s men sat back when the Baggies were in possession and hoped to hit them on the counter when they won the ball back.

On this occasion, Posh didn’t have enough pace in attack to hurt Albion, but it sent a warning to Ismael as to what a side with speed in their frontline could do. Similar tales followed, draws with Millwall, Derby County and Preston North End portrayed a side running out of ideas in the final third.

Against QPR, once again they’d get lucky as Karlan Grant bagged a double including one that slipped through the gloves of Seny Dieng in a game that was a copy and paste job of the previous four. They then took the final drop of blood out of Mick McCarthy’s Cardiff City with a 4-0 victory, as Alex Mowatt scored a goal all so similar to the one he bagged against Blackburn in August. 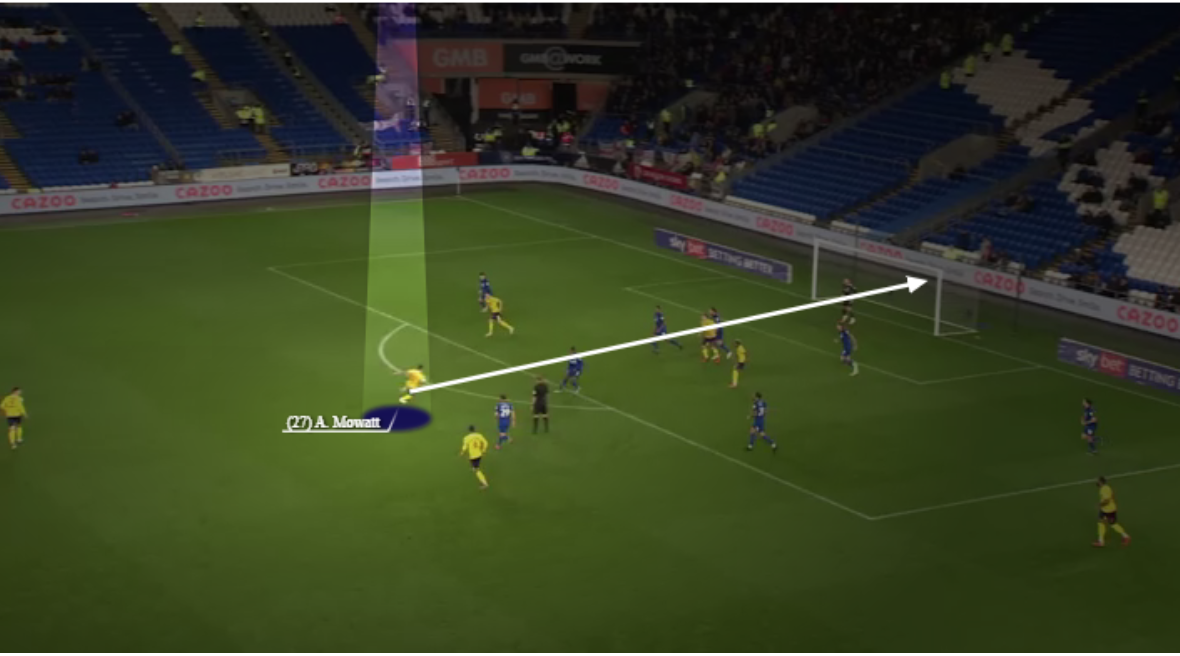 However, despite going a club record 10 games unbeaten, the cracks in Ismael’s plan were about to be opened. Stoke City would be the first to defeat the Baggies, their only goal scored by Nick Powell, who exploited the high line and got there before Sam Johnstone.

Swansea City were the next team to truly outline the vulnerabilities of ‘Val-ball’, as Joel Piroe continuously exploited the defensive line with his clever runs in behind in a 2-1 win at the Liberty Stadium. As Albion’s poor form, particularly away, began to set in there was one clear issue beginning to emerge.

The problem wasn’t a leaky defence often caused by the high line, instead it was a lack of creativity in the final third. Ismael’s system didn’t allow for a sole creator, such as Matheus Pereira who left the club in the summer, but instead relied on the system to create chances.

Their main issue was that they were restricting the opposition to little chances, but they weren’t creating enough to give them a realistic chance of scoring. The one or two chances they constructed in each game fell to the likes of Hugill who failed to convert the large proportion. 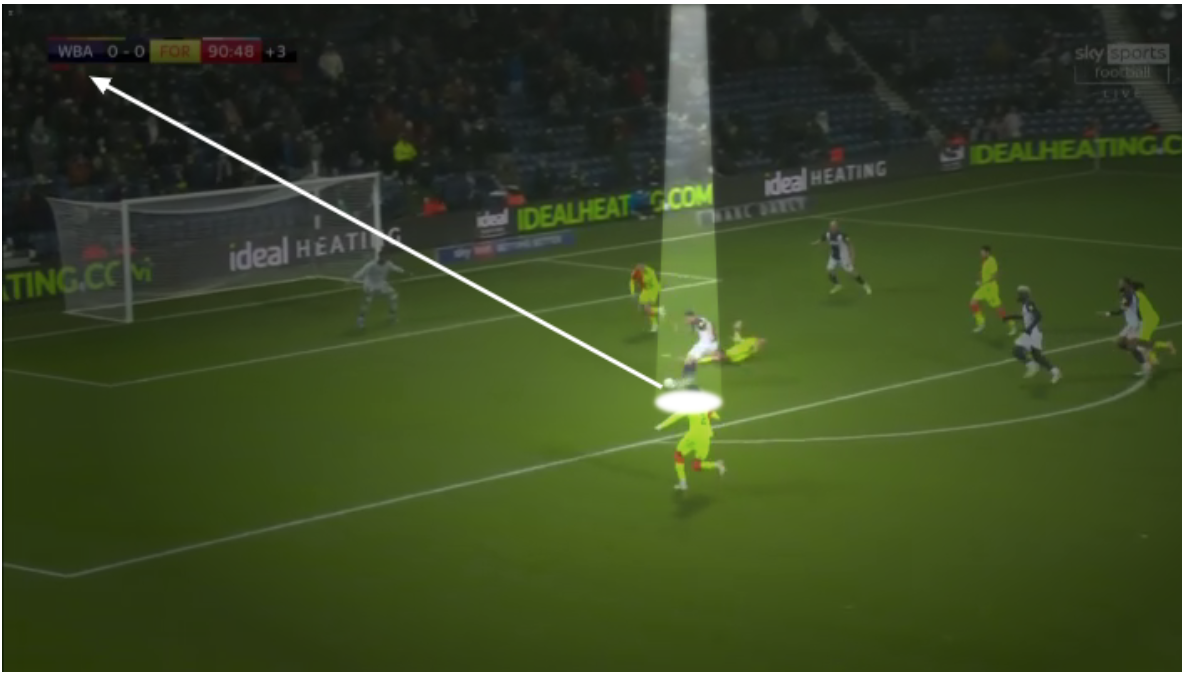 Having joined on loan from Norwich City, Hugill was recalled after West Brom completed the signings of Daryl Dike and Andy Carroll, before being promptly sent on loan to Cardiff City in January. But Ismael’s Albion were fading, the side that once stood at the top of the league now found themselves faltering, and with Ismael clearly unwilling to divert from his formation or style the decisions needed to be made.

Despite grumbles from The Hawthorns faithful, Ismael lasted until January and he believed he had one more piece left in the puzzle to ensure they could wrench themselves into the promotion race once again.

Dike was that piece and the plan was in place well before the January transfer window started, and the American international was unveiled on the first day of the window. But having signed during the MLS off-season, the forward needed to get up to speed with his fitness before he got to work in the Baggies XI.

However, after only two appearances, Dike came off with a hamstring injury and was ruled out for the next eight weeks, although a further injury to the same leg meant he wouldn’t play again that season. After falling towards the bottom end of the play-offs, the Ismael era ended with his sacking and the appointment of a new Chief Executive.

The toxic atmosphere in his final two games proved to be the straw that broke the camel’s back, with the board compelled into making a change. Ron Gourlay believed the downfall of West Brom had been coming, and implemented Steve Bruce as new manager, the first to be given that title under the new owners

Bruce came in and failed to hold up the sinking ship, diverting to a back four rather than the three ingrained into the players by Ismael. This proved to be a mistake as he failed to win any of his first five as Baggies boss with six out of the eight goals conceded in those coming from overloads in wide areas.

Albion’s players were low on confidence and lacked the mental resilience to come from behind in these tricky games, but they also weren’t used to playing with traditional wingers and typical full backs. 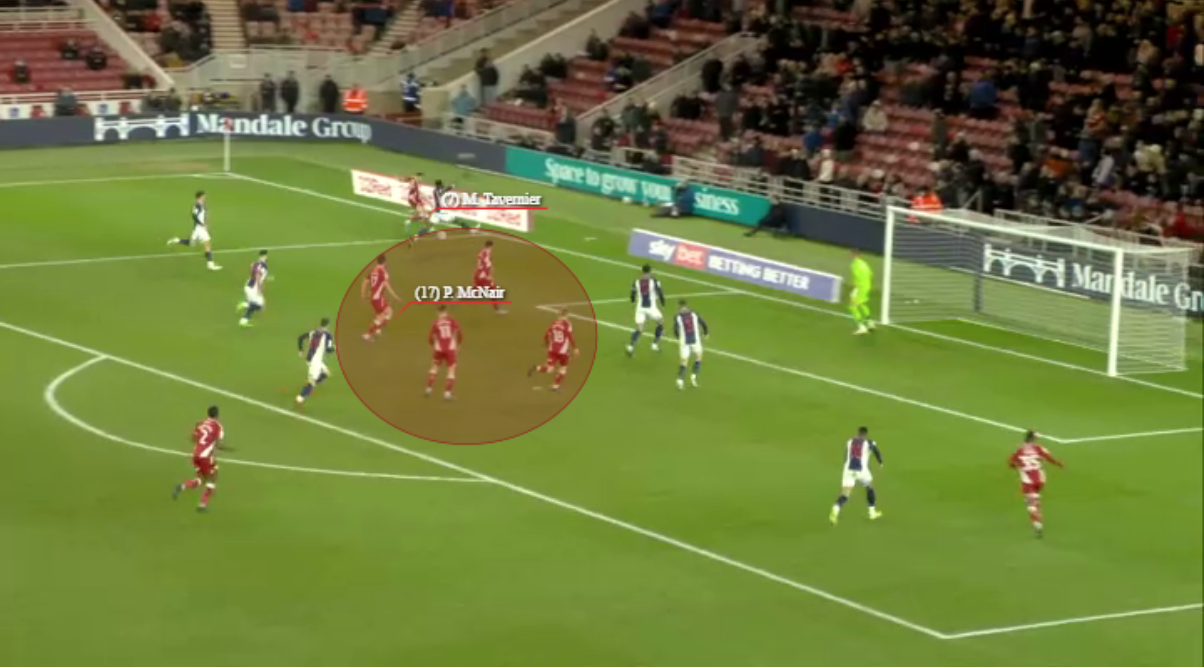 They’d plummeted to 11th in the table before Bruce changed to a 3-5-2 for good, and with that bagged his first win, a 2-0 triumph over Hull City, which was also their first away win since December. But each time they had a sniff of the play-offs, they failed to capitalise, and at that point it was clear to see that a rebuild was needed.

Surprise victories over automatically promoted sides Fulham and Bournemouth kept hopes high that Bruce could squeeze a pip out of the current crop of players. The high pressing from the opposition’s goal kicks in those two was something resemblant of the early Ismael days, matching the opponent man for man aggressively.

Three wins and three clean sheets rounded off the campaign, but Bruce’s men couldn’t climb towards the play-offs and ducked every opportunity to reach them.

The upcoming summer window provides the perfect platform for Bruce to refresh the squad but on a limited budget, the former defender will have to scour the free agents market to add to his current crop.