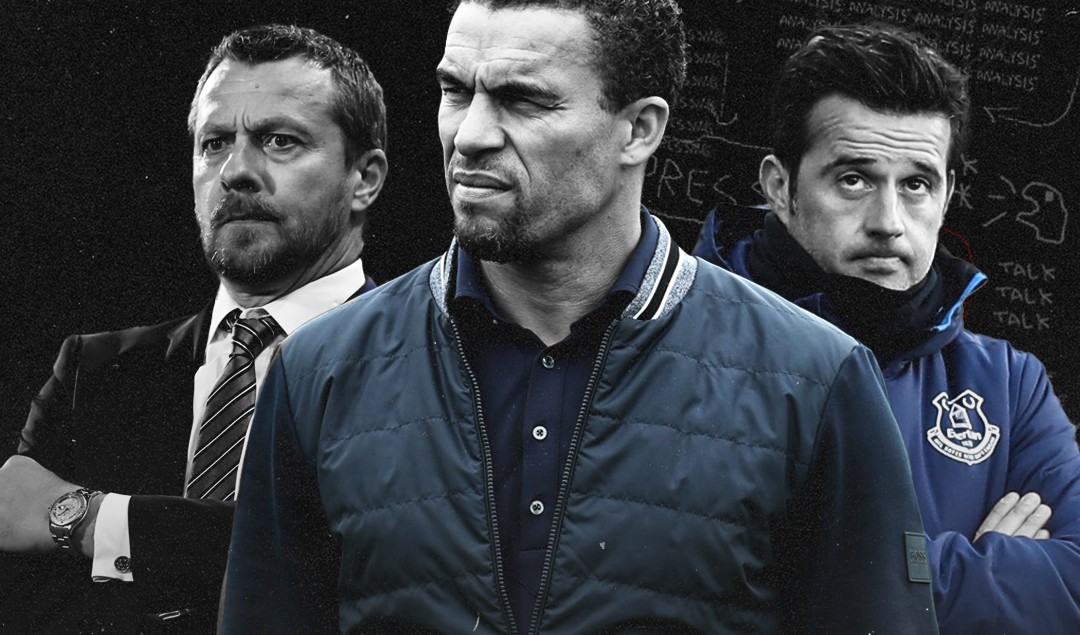 Last season Fulham, Sheffield United, and West Brom were relegated from the Premier League. It was a tough season for all three teams as they struggled to compete and stay up. All three teams are now in the Championship with new managers at the helm. Their goal is clearly to get back into the Premier League at the first opportunity. I am going to look at how each team is preparing for that with their new bosses.

Fulham faced relegation for the 2nd time in three seasons under Scott Parker. Their attack was dreadful and they had the second-lowest of goals scored amongst teams. Their highest goal scorer surprisingly was not Alexsander Mitrović it was Bobby Decordova Reid who led the team with seven goals in all competitions with six of them coming in the league.

Despite making loan signings like Alphonse Areola, Ruben Loftus Cheek and Joachim Andersen who was their best player last season they still did not do enough. Scott Parker then decided to leave the club to join AFC Bournemouth after it seemed he was not on the right path with club owner Shahid Khan.

Marco Silva has been appointed as Parker’s successor and with his track record Silva has a lot to prove to that he is the right man for the job considering he was not a favorite for the role. So far they have been able to sign Harry Wilson and Paulo Gazzaniga.

Jean Michael Seri, Andre Frank Zambo Anguissa, Anthony Knockaert have returned from their loans. When you look at some of the players the club still has like Alexsander Mitrovic, Ivan Calvaiero, Tosin Adarabioyo. Fulham possess one of the best squads in the Championship. With Marco Silva in charge, Fulham will definitely play a much more attractive brand of attacking football compared to his predecessor Scott Parker who was much more conservative with the style of play he implemented on the team.

Abroad, Silva actually has a standing as a generally excellent young coach.But in England, Silva’s record has been poor. Fulham need to add more quality to this team but considering that they are in the Championship. It will be tough to attract players but again there is no harm in trying. Fulham will also need Mitrovic to produce his 19/20 performances in which he scored 26 goals in all competitions.

Two years ago when Sheffield United returned to the Premier League they were tagged as one of the favorites for relegation but they proved everyone wrong. They finished 9th picking up 54 points after putting up some very impressive performances. They had finished the season conceding the 4th least amount of goals which was a surprise considering the personnel they had at the time.

Once the 2020/2021 season began they were expecting that Sheffield could build on the 9th place finish but it did not go as planned. Sheffield went on a ridiculous run of losses and did not register their first win of the season until January 12 which was their 18th match of the season. Chris Wilder decided to part ways by mutual consent leaving the club at the bottom of the table with 10 matches left.

It was reported that he had left the club as tension grew between him and club owner Prince Abdullah. Interim manager Paul Heckingbottom went on to lose seven of the ten matches he was in charge of and their relegation status was confirmed. The season overall was a disaster. They scored the lowest amount of goals in the league despite the fact they broke their club transfer record on Rhian Brewster from Liverpool.

Brewster finished the season with zero goals and assists and was regarded as one of the flops of the season. Sheffield have gone ahead and appointed Slavisa Jokanovic to lead them back into the Premier League. Jokanovic’s appointment is a good move from the club considering he has led Watford and Fulham into the Premier League from the Championship.

Their summer has not gone as planned so far as they have failed to make any signings but reports from Italy suggest they are set to complete the signing of Ronaldo Vieira from Sampdoria. Jokanovic will definitely need reinforcements for his team. He will also need to persuade two key players in Aaron Ramsdale and Sander Berge to stay and try to get the club back into the Premier League as they are linked with moves in England’s top-tier division.

Tactically, Sheffield United should play some great stuff under Jokanovic. During his time with Watford and Fulham his teams scored a high amount of goals and passed the ball incredibly well. At some point Fulham were called the “Manchester City of the Championship.” for the style of play that was implemented under Jokanovic.

Last season for West Brom did not go as planned as they ended the season with a different manager than the one that had gotten them back into the Premier League. Slaven Bilic was sacked after only guiding the team to one win until he was sacked in December. Sam Allardyce was appointed to replace him and he did not fix things either as he was only able to win four games.

West Brom’s issues came from their defense as they finished the season conceding the most amount of goals than any other team. Sam Allardyce stepped down after their final game despite the fact the club wanted him to lead them back into the Premier League. West Brom’s search for a new manager began immediately. David Wagner who had led Huddersfield into the Premier League in 2017 was set for the job he made a U-turn and backed out.

The club’s sporting director Luke Dowling decided to leave the club by mutual consent when his choice for manager was rejected by club owner Guochan Lai. Dowling had wanted Chris Wilder to replace Allardyce. West Brom knew they did not have any time to waste so they were able to find an agreement with Barnsley for their manager Valerien Ismael.

Ismael had led Barnsley to a fifth-place finish in the Championship but they lost to Swansea in the playoff semifinals. This was not the first time Ismael was targeted as he was linked with the Everton managerial job before the position was filled. When Barnsley appointed Ismael in late October he changed the outlook of the club in terms of the way they played.

Barnsley had become a relentless team who pressed their opponents every single time in order for them to make mistakes. He implemented a 3-4-3 formation in which his wing-backs were the most important part of the system. Ismaël trains his wingers to make space for the wing-backs. Initially, the wingers will work inside the half-space, to then make an inclining dashing run into more focal regions, to drag the resistance to their area.

Early, the wing-back, situated further, will linger behind the wingers at these times, and run into the space made when all is good and well. Ismael’s tactics involved a lot of passing triangles in which started with either his back three or two of his midfielders. They played a lot of vertical balls as well and were a very good passing team in the Championship.

For Ismael to lead a team into fifth a year after they were in a relegation battle is simply amazing. Ismael is expected to implement the same system that gave him success at Barnsley with his new West Brom team. Matheus Pereira who has been their best player for the last two seasons has requested a transfer and is set for a transfer to Al-Hilal in Saudi Arabia.

It will be a big loss for the club but they will be able to use the funds to find a replacement. Ismael has already signed four players which include Alex Mowatt who played for him at Barnsley. West Brom’s team is definitely good enough to compete in the Championship but the question will be if these players can work under Ismael’s system. Their goal will be to at least finish in top two of the Championship and avoid playoffs. Ismael will be working with a better squad and a club that has much better financial support.

The Sky Bet Championship kicks off on August 6 and Fulham, Sheffield United and West Brom have been tagged as the three teams set to get promoted but again this is the Championship and teams like Reading, Bournemouth, Blackburn, Swansea, Cardiff will definitely have something to say about that. It’s going to be a fun season considering fans are set to return but all eyes will surely be on the ex-Premier League boys who are back with their new managers.