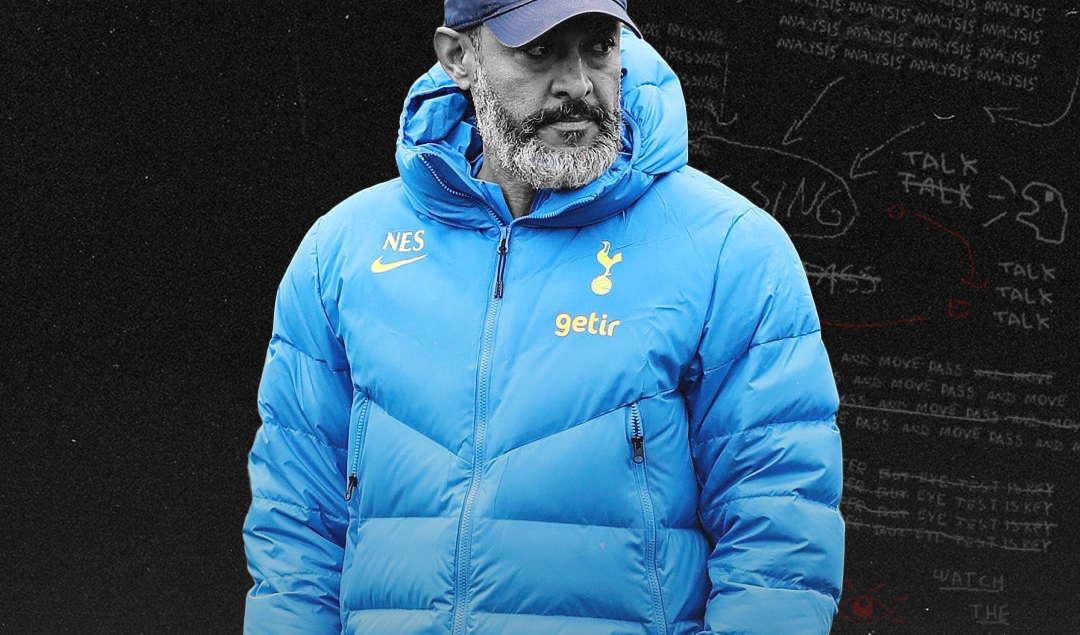 With the Premier League set to return as the first international break of the season comes to an end, Nuno Espírito Santo’s Tottenham comfortably sit at the top of the league with nine well-deserved points. We take a look at Tottenham’s new shape under the Portuguese boss.

New manager Nuno walked into a very difficult situation, dealing with the Harry Kane situation as well as implying his new tactics and strategies onto the new players he has inherited. Understandably, many Spurs fans were underwhelmed with the appointment of Nuno, following the 72-day wait for a manager which saw them linked with Europe’s greatest such as former Premier League champion Antonio Conte and Mauricio Pochettino.

It was clear Nuno’s first hurdle was to win over the fans in a challenging encounter against current Champions Manchester City. Without surprise, many were pessimistic over Tottenham’s chances against Manchester City without star-man Harry Kane. Nuno Espírito Santo’s side lined up in a 4-3-3 formation, with fan favourite Heung Min Son leading the line up front in what would usually be Harry Kane’s role.

Tottenham’s 1-0 win against Manchester City proved when there is a Son, there is a way. Heung Min son and Steven Bergwijn quickly adapted to Nuno’s tactical tweaks by combining in a flashing counter-attacking transition which saw Lucas Mourca move out wide pulling defenders out to create space for Heung Min Son to finish the move off in style with his trademark cut in and finesse.

Ironically, the Korean international celebrated in front of Guardiola who once claimed Spurs were “The Harry Kane team”. When City attempted to build out from the back, Nuno’s Tottenham shifted from a 4-2-3-1 to a 4-3-3 mid-block with the front three of Lucas , Son and Bergwijn getting tight in an effort to block passing lanes into Fernandinho resulting in increased frustration from Guardiola’s men.

However, the main performer of the night was academy talent Japhet Tanganga who frustrated the away end as he completely prevented Jack Grealish and Raheem Sterling on the left-hand side. Despite having to deal with 200 million pounds worth of attackers, the young defender stayed strong and committed to every challenge proposed to him.

Japhet Tanganga’s huge effort impressed the crowd so much that he was awarded the “one of our own chant” which was usually entitled to Harry Kane. The Englishman stood firm against the English duo with Nuno later praising Tanganga’s Man of the match performance as “huge.” Following on, Nuno returned to the Molineux stadium as he lined up the same starting 11 in the 4-3-3 formation which saw off Guardiola’s men.

With Harry Kane on the bench, the Spurs fans felt an extra aura of confidence with his presence in the dugout. With Moura and Bergwijn tracking the fullbacks, this allowed Son to free roam creating space for Dele Alli to make his intelligent runs into the box. Just nine minutes into the game, Spurs hit the jackpot when Sergio Reguilón found Dele Alli in acres of space in the box with an inch-perfect pass that saw Dele’s touch round the keeper earn him a penalty which he calmly slotted sending the keeper the wrong way.

However, despite taking an early lead, Spurs fans witnessed a glimpse of José Mourinho’s time at Spurs as Tottenham were forced to sit back and invite pressure from Adama Traoré and Nélson Semedo on the flanks. Despite not being able to create as many chances Lucas Moura, Dele Alli, Son and Bergwijn all showed passion and desire through their commitment in their defensive work rates.

Dele Alli, often labelled as lazy by Mourinho, is thriving in his new number 8 role set by Nuno as he sacrificed his natural antiques of flicks and tricks to do the defensive dirty work, portraying his willingness to work under Nuno. Statistically, Dele has run over 11km in all three games under Nuno, more than any other player, showing his determination to help this Spurs side reach great goals.

Towards the closing stages of the game, Oliver Skipp tucked in between Davinson Sánchez and Eric Dier as Spurs resorted to a 3-5-2 formation in the final fifteen minutes which saw Spurs hold out a great 1-0 win, something they struggled to do under Mourinho.

With 6 points out of 6, Tottenham welcomed Championship winners Watford to the Tottenham Hotspur Stadium. Nuno continued to stick with what was working as he stuck with the 4-3-3 shape with the only change being Harry Kane for Lucas Moura. Again, it was Davinson Sánchez and Eric Dier’s performances that were vital for Tottenham.

Nuno’s decision to play them in a high line further up the pitch instead of in a deep defensive shape has certainly proved to be a stroke of tactical genius. With the defensive line pushed further up, Davinson Sánchez has flourished in what can only be described as emphatic performances at the back. Furthermore, Højbjerg and Skipp have been vital in Nuno’s tactical turnaround of Tottenham’s defence.

With Pierre-Emile Højbjerg playing a more wider role to accommodate Tanganga defensive positioning, this has allowed the duo to combine as they work together to isolate Wingers as they have succeeded already so far against the likes of Raheem Sterling, Jack Grealish, Ismaïla Sarr and Adama Traoré. With Hójbjerg sat in front of Sánchez and Tanganga a significant weight is removed of the defenders’ shoulders as there is arguably nobody better at winning the ball in the league than the Dane himself.

Unsurprisingly, Højbjerg is Nuno’s main weapon in maintaining Tottenham’s defensive solidarity. The engine of the side. The workhorse. Moving into attack Tottenham shifted into a 3-4-2-1 with Skipp dropping in between the centre backs and Højbjerg and Dele both playing in the 8 roles. Evidently, Nuno has made use of Reguilón’s pace through his overlapping runs on the left-hand side. Reguilón’s well-earned free kick saw the man of the moment Son convert as Spurs headed towards another 1-0 win.

Three wins. Three goals. Three clean sheets. The future is bright for Tottenham under Nuno with summer signings yet to start in the premier league campaign. With €50m Serie A Defender of the Year Cristian Romero yet to come into the starting lineup and wonderkid Bryan Gil, we could see Nuno shift to a 3-5-2 formation with Kane and Son leading the line where spurs fans will see “free-flowing, attacking and entertaining” football as promised by Levy in an open letter to fans back in May.