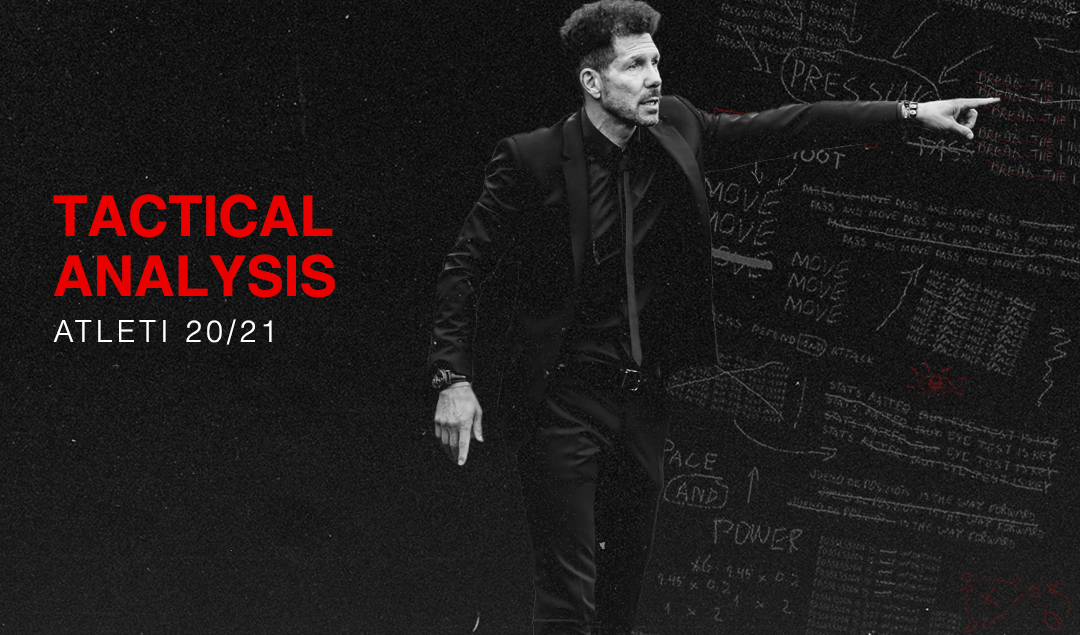 Diego Simeone showcased his class once again by clinching the La Liga title beating Real Madrid and Barcelona. Even though they lost their 13 point lead temporarily, they showed resilience in the last few fixtures and got the much-needed victories.

It’s undoubtedly one of the hardest jobs in the world to compete against the likes of Barcelona and Real Madrid and win La Liga, not just once but twice in 7 years. Today we explore the tactics involved behind this incredible success and analyse the performance and impact of each player.

‘El Cholo’ has always been a fan of the 4-4-2 system. It provides the much needed defensive stability and helps out with 2V2 duels in the wider areas. A narrow system with this formation is probably one of the most widely used defensive setups to maintain balance in both attacking and defensive situations. The narrow system ensures that the opposition cannot create numerical advantages in the near side while the far side can be reached with a simple shift in position as a unit.

Atlético have been using the 4-4-2 set-up for a long time now. This season, however, Simeone has implemented another back 3 system which has worked out quite brilliantly for the Madrid side. One of the central midfielders drops deeper and this allows the fullbacks to have more freedom while moving up as it ensures a stable backline to prevent counters. This back 3 system also helps out immensely in the build-up phase. The defenders have a 3V1 or a 3V2 advantage in the first line and passing options are available both centrally and in the wider areas.

Simeone also likes to form the back 3 with one of his fullbacks from the 4-4-2 system. Mario Hermoso often stays back to form the back 3 with Felipe Monteiro and Stefan Savić while Kieran Tripper has the freedom to move up. The 3 players in the middle of the park along with Tripper and Yannick Carrasco make it a 5 man midfield.

In turn, this allows them to create temporary numerical advantages in some areas of the pitch while the far side wingback stretches the pitch in the opposite flank. Added to this, they also have a proper No 10 in their squad either in the form of João Félix or in the form of a central Àngel Correa. This player constantly drops deeper to operate between the lines and exchange quick touches with the midfield.

Either Correa or Félix has the freedom to move wider to support the wingbacks creating a 2V1 in the wider areas. However, in general, this player’s role is to operate either in the half-spaces between the fullback and the centreback or in between the opposition’s defensive and midfield line linking the team with Luis Suárez.

The 3-5-2 system has worked out so brilliantly for Atlético for a number of reasons. Firstly it suits almost each and every player at their strengths and nobody feels out of position. Even though players like Carrasco operate as a wingback and have huge defensive duties, he looks quite comfortable in that role. Simeone understands the strengths and weaknesses of each players and improves them so that they can be more versatile. Carrasco, Saúl, Hermoso, Correa and Marcos Llorente are just a few examples of players who have significantly improved under Simeone.

This formation has also brought out the best of Suárez this season. If we look back in the past few seasons, Atletico operated with a target man in the form of Diego Costa with a No 10 lurking behind him. They did not have very good ballplayers in the defensive line and mostly relied on Costa to win the long balls. The No 10 lurking in between the lines with a physically strong midfield ensured that they won the second ball allowing them to break the first line of press.

Now even though Suárez is aerially strong, his ground skills are much better given his time at Barcelona. He can exchange quick one touches with the midfielders and can turn and glide past defenders much more easily on the ground. This made Simeone use a proper build-up phase and more supporting runs in midfield to help out in the attacking process. The two-man striker line always ensured that El Pistolero has enough support and is never isolated, creating major problems for the opposition defenders.

Secondly, the formation is completely balanced tactically. The two strikers are extremely versatile and can easily operate in the halfspaces. This ensures that they can create a 2V1 or a 2V2 situation in the wider areas. Added to this they have a very compact midfield and two players always have the freedom to move up whenever spaces open up.

Marcos Llorente exploits the halfspaces brilliantly and his late runs inside the box are often left unmarked. The striker moving wide ensures that spaces open up in the centre and this is the perfect opportunity for the likes of Llorente, Correa and Felix. Llorente has benefited most from this attacking set up scoring 12 goals and providing 11 assists throughout the course of the season.

The midfield stability is maintained implementing one up one down strategies using Koke and Saul. One of them generally maintains a deeper role allowing the other players to move forward and have more freedom. The back 3 along with this defensive midfielder is enough to stop counters.

Atletico’s defence has been the best in La Liga since Simeone’s arrival. They have conceded just 25 goals this season keeping 18 clean sheets in the process. This is much lower than the xG against them, once again highlighting the quality of their defence. Added to that they probably have one of the best goalkeepers in the form of Jan Oblak to help them out.

The defensive structure is generally a back 5 but under intense pressure it can even change to a back 6.  In some games however, Simeone strictly follows the narrow 4-4-2 system and maintains the central overload. It mostly settles down into a midblock but it can change according to the game.

The Rojiblancos’ off-the-ball structure is so organized that it is extremely difficult to find spaces between the lines. Halfspaces rarely open up in the last line as the midfielders follow their man throughout and the 5 man advantage allows them to cover the space easily.

This has been a wonderful season for Atlético Madrid. Diego Simeone’s back 3 setup has worked out and his players have adjusted to their roles brilliantly. We expect them to keep up this level of performance and challenge for the La Liga title once again next season with new additions to bolster the already world-class team and make a stronger push in the UEFA Champions League.