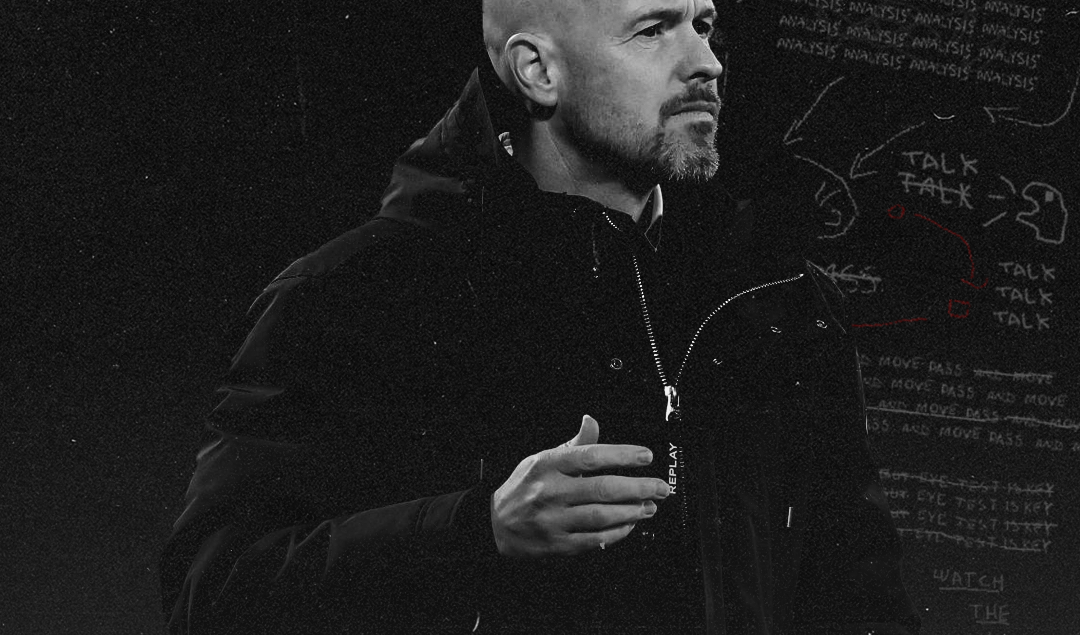 If I told you during the nadir of Ralf Rangnick’s reign last season (I guess the whole tenure was a nadir) that in the 22-23 season Casemiro would thunder in a last-minute header to equalise against Chelsea away, what would you have said?

You would’ve probably told me I was bonkers and that it was a pipe dream. However, two weeks ago that’s exactly what occurred. Casemiro DID thunder in a last-minute header in a game United looked extremely threatening for large parts against a fellow ‘big six’ team.

But there was something special about the celebration. Of course, there normally is with a last-minute goal, but the fervor and bellows of the United players spoke volumes as well as increased them at the Bridge.

I highly doubt United would be coming back in the 90th minute in the previous season, I also doubt they would’ve troubled Graham Potter to such an extent he was forced to make a 35th-minute substitution aware of the impending United danger.

When Erik ten Hag took the reigns as Man Utd manager the point wasn’t just to improve this team tactically, but it was also to mend a broken dressing room with their confidence in tatters and their spirit broken. When you mess up or lose at Manchester United, the world hears about it, social media runs rampant, and every action is magnified.

Last season I don’t think anybody involved was enjoying their football, or even being at United. Links like Marcus Rashford possibly weighing up a move to PSG, a United academy product and national treasure really goes to show how bad things got.

Ten Hag’s admirable ability to tactically tweak things after the first two losses as well as some of the impressive setups out of possession against Liverpool, Tottenham and Chelsea have been notable highlights and a sign that United are possibly adapting to what Ten Hag wants quicker than expected. Particularly the victory vs Tottenham might be the most in-sync, acclaimed United performance in years.

But what we’re seeing develop can’t be collated in statistics or observed in a gorgeous looking viz. It’s what Ten Hag was trying to evoke when he made Man United players run an extra 13.8km after the Brentford loss joining in himself. The development of team spirit, and togetherness the simple things that United lost care for towards the end of last season. Fighting for second balls, defensive duels, and running hard to quickly close down players.

Ten Hag bemoaned the ‘intensity’ after the win over Omania but after a spiriting 1-0 win against West Ham spoke of ‘The spirit being so high’ and ‘The spirit that we have is fabulous.’ Spirit, intensity, energy, all buzzwords used often in football. The intangibles, the stuff a manager can’t really coach but help to bring out in players with the correct motivation and environment.

Marcus Rashford spoke of it after his solitary goal won Man Utd the game vs West Ham last week: “It’s a completely different energy around the club and the training ground, that puts me in a better head space and I feel really motivated now.”

You can be the best coach in the world but leading a team and not having them want to go to war with each other would be pointless. I don’t want to come off like a greying English football pundit, rather than dissecting tactical aspects of the game monotonously rambling on about ‘character’ or go to Roy Keane’s default answer when questioned of why a team won a game ‘they wanted it more.’

But the immeasurable confidence and the ability to fight is high in the United camp right now, which, where you think of where they were last season is frankly remarkable in such a short span of time. It probably helps that it was kick-started with a victory at home vs arch-rivals Liverpool. But from then it has been evident, in defending 1-0 leads vs Southampton, Leicester City and most recently West Ham.

Is It Time for the Introduction of Stop Clocks in Football?

The broken spirit is being revived by United players suffering together. Of course, Ten Hag would want to avoid this, the point of what he’s trying to do with this Manchester United team is on show for large parts in those 1-0’s. Dominating the ball possession-based, working the opposition whilst controlling games. But this team is a work in progress still learning to do what Ten Hag wants but also sustaining it for 90 minutes is always going to be difficult.

When Scott McTominay was subbed on with 30 minutes to go against West Ham, it felt like Ten Hag smelt the direction the game was heading towards as Benrahma time and again flew down the left causing problems. Ten Hag knew United were in for a backs-to-the-wall job for 30 minutes but felt confident and comfortable enough in his team’s ability to grind out the win, and that’s exactly what they did.

It’s these character-building moments that are sewing this team together. It’s subbing on Raphael Varane for the final five minutes at Goodison Park to head away cross after cross as the box gets pelted, it’s Diogo Dalot saying ‘no problem’ to every single dangerous back-post cross sent to him vs West Ham, it’s Harry Maguire making a monstrous block in the final minute despite all the abuse he’s taken in the last two seasons.

Ole Gunnar Solskjaer was actually pretty good at this side of things. The number of times United came back in the 20-21 season isn’t to be sniffed at but he did it whilst consistently harping on about ‘tradition’ or ‘the United way’ alluding to some sense of a storied past as the reason for United’s ‘never say die attitude’.

Akin to a way that Mikel Arteta has operated at Arsenal, Ten Hag has just refreshingly never mentioned United’s past or its great history. Both managers are creating their own teams in the present without a mention of years gone by. Moving away from past success-laden periods in trying to help both create their own prosperous future.

United are far from the finished article, which of course was expected at this point. We can all rightfully marvel at Ten Hag’s tactical nous, but a cornerstone of his early success at United has been rejuvenating a team that had stopped playing for the shirt. Now we’re bearing witness to United players jumping on each other with every block or tackle, pumping their chests in encouragement. The ‘Dutch courage’ Ten Hag has bestowed in this United team is noticeable, the rest can follow.