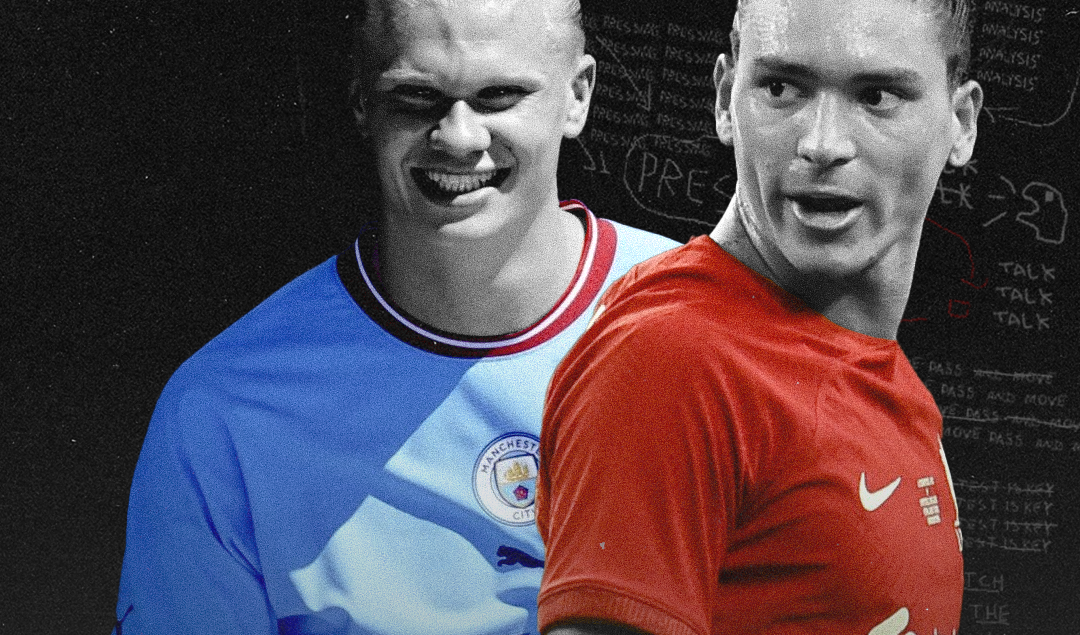 One point separated them last season, one point separated them in 2018-19. One has Joao Cancelo, one has Trent Alexander-Arnold. Both have the world’s two most influential managers of this generation. When it comes to Manchester City and Liverpool it is a tooth and nail, neck and neck fight for supremacy with minuscule margins of victory.

As the two prepare to commence battle once again with us as the beneficiaries, the similarities between the two super clubs are startling. Multi-faceted attacks that can hit you from every angle, full-backs as mesmeric, dizzying creators who re-defined the meaning of a ‘fullback’ but most importantly, being consistent, powerful winning machines with barely anything between them.

The interesting reason the jousts between Man City-Liverpool have been some of the most entertaining lies in another shared characteristic, they both have the intent to attack games, to attack titles, to be massively risk orientated. The games between them are entertaining fencing matches of ‘you attack, we attack’.

Liverpool’s offside trap is risky, relying on Alisson Becker to save the number of shots he does is risky, but not when the modus operandi is meant to be gutsy. Alisson is relied upon to do what he does because Liverpool know he is capable of doing so, it isn’t by accident. Not to say another season isn’t possible where the other capitulates, (Liverpool’s COVID injury season or Man City’s Aymeric Laporte injury season) but it’s likely to be a race to the photo finish.

Taking a closer examination at the summer transfer window it could define who gains the inches needed to clinch the Premier League title this season coming. The stalwarts are drastically changing their attacks. In an attempt to keep being the ‘ahead of the curve’ clubs they have been, the two clubs are mirroring each other again fearlessly.

Pep Guardiola utilised rotation excellently last season. The three up front were always interchangeable, rotating positions frequently and if one of the attackers who started wasn’t working? No problem I’ve got a Riyad Mahrez or Raheem Sterling up my sleeve to bring on. The below numbers show how five of City’s forwards didn’t even touch 25 starts:

The advantages of this depth meant Pep could bring on any one of these players in any of the front three positions at any given time in the knowledge they would perform the duties he wanted.

If Jesus started as the central striker he didn’t really stick to being a central striker he drifted left or right and one of the two wingers occupied the space in the centre when he did this, and vice a versa for when another forward played as a CF. They even had that game at Molineux vs Wolves where Bernardo Silva played up front. Tactical flexibility with players slotting in seamlessly.

The sales of Gabriel Jesus and Raheem Sterling have weakened City’s attack. Guardiola recently said in an interview ‘The hardest thing in football management isn’t tactics, it’s dealing with people.”  With Sterling fed up with not being guaranteed a starting place and Gabriel Jesus wanting a new challenge and joining his ex-assistant manager Mikel Arteta, this leaves City scant.

Of course, there is the small matter of the Erling Haaland signing, who has started to look imperious. Buying the most sought-after striker in the world was a power move but the transfer was also probably accelerated in the wake of that astonishing, damaging comeback at the Bernabeau where it looked for all the world Man City were on the verge of a second final in a row.

Haaland, though destructive in front of goal will bring City perhaps the goals they could’ve scored from the many chances they missed last season. City looked to have adapted to Haaland rapidly under Guardiola’s master tutelage.

He’s very much a central striker, and Guardiola has flanked him with two advancing number 8’s assuring that someone is always close to him meaning he can occupy space to distract defenders or be played in behind by Kevin De Bruyne / Ilkay Gundogan / Bernardo Silva. I originally thought he would take more time than he has to settle in, but he seemingly has unleashed another gear of City, as if they needed a new one.

Liverpool on the other hand have been quietly changing their front three for some time. The Roberto Firmino-Mohamed Salah-Sadio Mane trifecta has disbanded somewhat with Mane moving to Bayern Munich, Firmino’s minutes slowing down with only Salah remaining on a bumper contract as the must-have name on the team sheet. They too have a shiny new predatory centre forward to cater to their demands and attacking play.

The Reds had a more settled front three to play consistently rather than Guardiola’s penchant for tinkering. Having three forwards who love to run in behind with buzzy bee movement has been the aim of the game for Klopp’s Liverpool. Diogo Jota was used often in the CF role last season and will go some way to carrying the goal-scoring responsibility with Mane gone.

But in Darwin Nunez, Liverpool have a striker who likes to drift to the left half-spaces and pull wide, his off-the-ball movement means he is constantly dragging defenders out of position creating space in behind for himself or teammates to run into. Klopp saw enough to believe he can gel with this Liverpool attack without disrupting the modus operandi but also add a dangerous aerial presence to swing crosses into.

The Nunez acquisition at least from a Liverpool standpoint seems as though the striker has the profile to slot in, we may even see times when he is played off a wing and Jota or Salah slots in the middle, so Klopp can retain the advantage of playing all three forwards anywhere he sees fit. An overly aggressive red card vs Crystal Palace won’t alarm Klopp, and so far whenever he has played Liverpool look dangerous albeit if Nunez can still appear clumsy.

However, Klopp’s quotes on Mane are eye-catching: ‘We lost Sadio who was a fixed line-up player for six players but we cannot only stick together forever; we have to make changes. When Sadio told us he wanted to face a new challenge because it was early enough we accepted it so we had time to prepare for the situation and we did. Now we have to find together again, with the difference one fixed point is gone’.

He realises just how pivotal Mane has been to the Klopp era but more saliently the adaptation and time it is going to take for his side to get up to speed ‘We have to extend our pre-season into our season’ An extra friendly has been arranged for after the Fulham season opener behind closed doors for Liverpool to get up to speed.

The winds of change are on the horizon for the Guardiola-Klopp axis, a new era has begun and the team that adapts quickest to its own modification may be the one to come out on top this season, and at the moment City have leapt ahead.