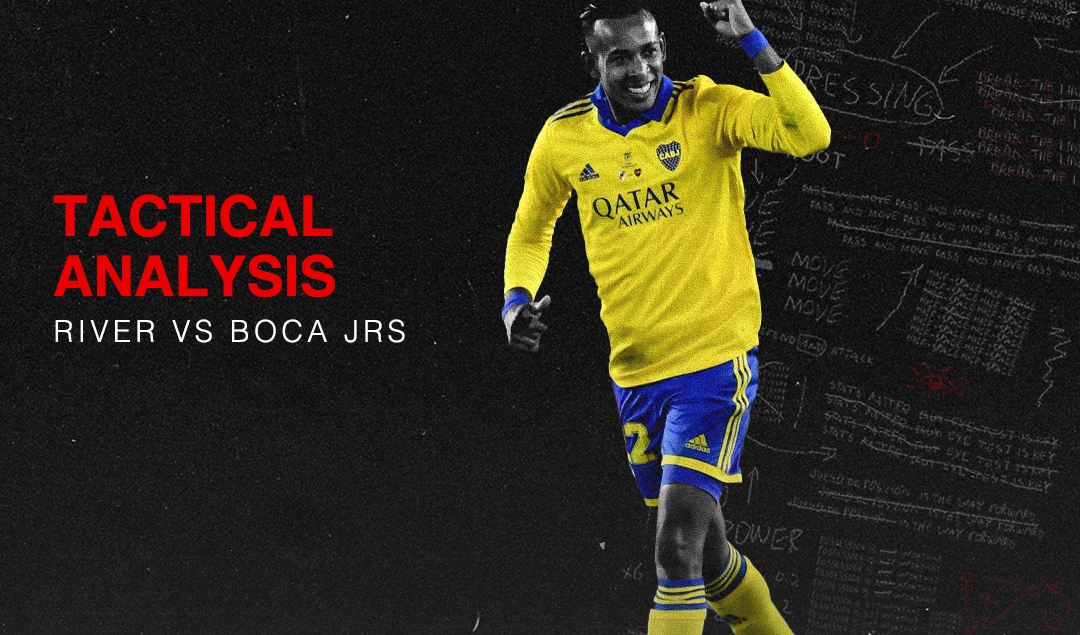 Seeing River Plate and Boca Juniors face each other is always a guaranteed show, not always good football. One of the most important and historical derbies in the world that sometimes entertains to a greater extent for aspects external to pure football, such as physical disputes, being a battle-hardened match, and that, as they say in Argentina, “they are separate matches.”

What does this mean? The actuality of the teams doesn’t matter so much who arrives better and who is worse, both teams play it like a final and try from minute 0 to give as little as possible, even if it’s friendly.

This “Superclasico” has become increasingly tense in recent years, also taking into account that there are a minimum of two clashes per year between the two (usually more).

They tend to be close matches, where no one wants to give up space and they end up being defined by specific errors, red cards, and even decisive refereeing decisions. The more tension, the more closed.

But to give historical context, throughout the years of this dispute between the two biggest teams in the country, anyone detected two very different styles of play: River was always the one with the good game, showy; but Boca Juniors, the one that imposed conditions through strong play, vehemence, in addition to having highly technically gifted players, such as Juan Román Riquelme.

After the arrival of Marcelo Gallardo in 2015, the regular dominance that Boca used to have, began to lose it: River began to have an increasingly defined game strategy, prevailed in attitude, and in head-to-head matches it was always victorious: Copa Sudamericana 2014, Copa Libertadores 2015, 2018 and 2019, in continental cups.

Victories that, in addition to being accompanied by cups obtained, brought with them a great streak against their greatest rival. In recent years, the institution located in the neighborhood of La Boca, managed to cheer up in the head-to-head, eliminating it in the last two.

But how did they get to this match? Boca came from taking the undefeated from Estudiantes, in their best game of the season, but being a more irregular team. On the contrary, River is a better-made team, with the best-placed pieces, but still has several new ones to accommodate. The show at El Monumental was guaranteed.

Despite being a close game, at times, there were clear chances that could have been goals for both teams. River Plate was the one who had the greatest number of clear scoring chances, but as the final result indicates, they could not convert any of them.

The culprit for that was Agustín Rossi, the MVP of the match, who had (possibly) the best game of his career: safety in heads-up, corners, free kicks, and also in the exits, an aspect criticized in him. The two clearest: one in the first half and one in the second half.

But the clearest was the last one mentioned, five minutes from the end of the match when Agustín Palavecino launched a header over the goalkeeper, who ended up hitting it over the crossbar.

Julian Alvarez: What to Expect From City’s Argentine Signing

Boca Juniors’ 1, who has recently become one of the team’s greatest figures, having saved important penalties (10 saves out of 35), is establishing himself more and more in the goal he defends.

The former goalkeeper of Chacarita Juniors finished the 90 minutes with 9 saves, 5 of them inside the area and two of the clearest scoring moves of the match, already mentioned.

In the last clashes, River Plate was the one that dominated: from its fluid game, intense high pressure, the good circuit of passes, siege to the rival team. Generally, Gallardo’s teams, since his arrival in 2015, stood out for being the main protagonists of the matches, based on their great play.

This past Sunday, they could not capture it in the 90 minutes and there was a fundamental aspect that prevented this from being possible: the low accuracy of passes. River had its worst mark in passing accuracy this season (73.5%), as well as in their 2-2 draw against Racing Club.

This is an unusual statistic in this team, which is used to dominating the matches through them and their fluid circulation to reach the rival area. The precision together with the ineffectiveness in front of the goal, were the two fundamental aspects so that Nuñez’s team could not get the 3 points in their stadium.

The final statistics are far superior for the locals: 16 shots, 8 on target, but 0 goals. Boca made 6 shots, 2 on target, and 1 goal for the victory.

It wasn’t Boca Jrs best version, they’re far from performing like their most glorious squads. However  Manager, Sebastian Battaglia, came out ahead. Meanwhile, Marcelo Gallardo has to rebuild this squad one more time.