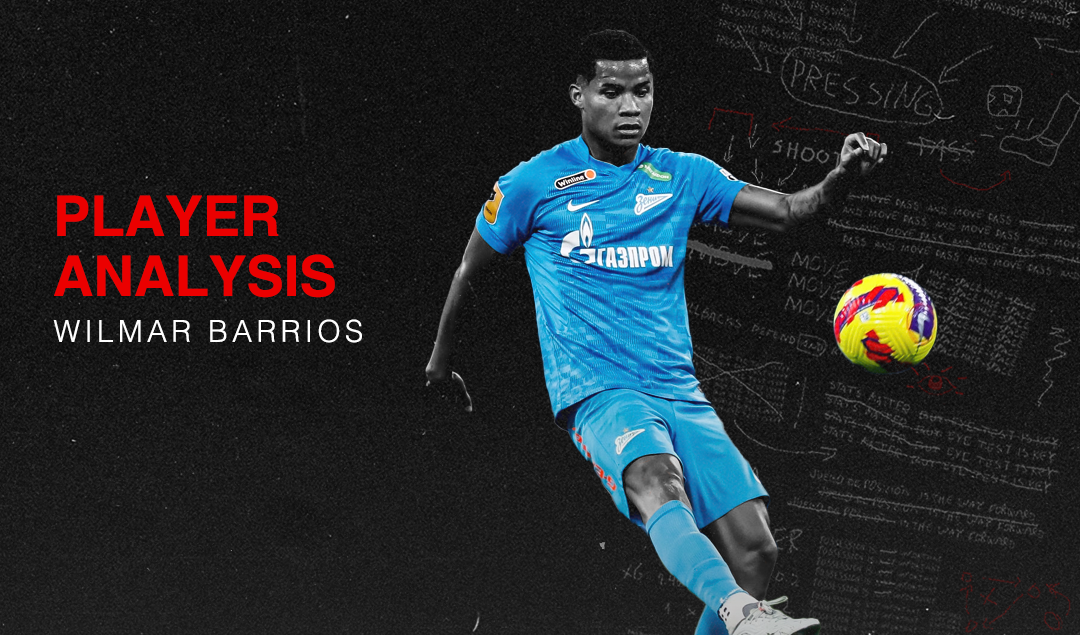 Wilmar Barrios, a name that is commonly associated with grit, strength and stamina. An ideal defensive midfielder who struts his stuff on the pitch from box to box or in a pivot accompanied by a more attack-minded midfielder.

However, life for the Colombian international was not always a tale of fans chanting his name. In fact, growing up in one of the most notorious neighbourhoods in Cartagena – La Candelaria – as many of Latin America’s most famous talents, was a difficult and challenging experience.

After his mother and father parted ways, life for a young Wilmar was tough. Moving to Venezuela for work, Wilmar’s mother had to sacrifice time to make ends meet and the young boy had to live with his grandmother in the dangerous Barrio.

The football roots would serve to come from both the drive and willingness to work hard which Wilmar saw from the female figures around him. However, his own passion and commitment to football culminated with the situation Wilmar found himself in growing up in.

Similar to the poverty that can be seen from the Ile De France, to the favelas in Brazil detaching oneself from the latter, coincides with the guile and talent to pursue the former, often with little to no other option.

Wilmar recounted how drugs, crime and poverty were all daily aspects of life growing up in La Candelaria, and how it would be much easier to deviate to a life of crime than continue to pursue sport as he stated in an interview for MatchTV (Rus).

“It could have happened in my life that I chose the wrong path, but thank God, I liked football better” Wilmar Barrios on the choice between crime and sport.

From a National Success to a Continental Star

Playing football and futsal on the streets and various arenas across Cartagena, the young Wilmar whose frame was perfect for the central midfielder role – not too tall or small and with an engine to boot culminated in a stern and reliable figure in the middle of the park.

Over 1000 KM from his hometown, Wilmar found himself starting his professional career in Ibague playing for Deportes Tolima. Making his debut in 2013 against Boyaca Chico his performance was a nightmare being sent off and losing the match 3-0.

However, what was important was the impact that both Jorge Bernal and Carlos Castro had on the confidence of the young 20-21-year-old at the time.

After establishing himself and earning his stripes, Wilmar quickly became a catalyst in the Deportes Tolima team and became the backbone behind their Copa Colombia victory in 2014, of which epitomised the highlight of Barrios’ time for the team from Ibague.

He quickly became captain and a fan favourite which saw his name be rumoured around the whole continent with interest from Atletico Nacional and also Junior – giants of Latin American football.

Whilst Wilmar continued plying his trade in the 2014/15 season, rumours continued surrounding the man from Cartagena. However, as the season finished, he was chosen as the best midfielder in Liga Dimayor – the top division of Colombia.

Soon enough, for his defensive astuteness and positional play the Colombian attracted the attention of Buenos Aires and the former home of the late and great Diego Armando Maradona. BOCA Juniors.

The world-famous club lying near the banks of the Riachuelo River soon signed the kid from Cartagena for around £2,600,000. Coming into Buenos Aires, Barrios found himself with the archetypal role model in his position in former Galactico Fernando Gago and his compatriot in Sebastian Perez.

Wilmar’s intense pressure and inspirational stamina saw the Colombian youngster gain over 19 appearances in his first season helping Boca to lift the title the same year.

Barrios continued in fine form – so much so he became known as the ‘Silent Killer’ – not only for his physical strength but also his vision, cunningness and ability to be smart but dirty gained a good reputation with the Boca faithful.

Wilmar’s performances later found him come into the plans of Jose Pekerman for the national team. Being called up for the 2018 World Cup in Russia, Wilmar Barrios had completed the dreams of himself as a young boy in La Candelaria and many across the world.

Though being a bit-part player, the sending off of Carlos Sanchez against Japan in the debut match of the World Cup, saw Barrios enter the frame, and enter the frame he did.

The Dark Side of Colombia’s Beautiful Game: Narco-Football, Money Laundering, and Mass Murder

His performances gained worldwide attention and against England in the Quarter Final was arguably his best. Though losing in a penalty shootout, the 24-year-old’s stock rose greatly.

A Move to Russia

Barrios’ affiliation for Russia can be summed up in the common saying of – ‘it was so nice, so I had to do it twice’. After a successful World Cup, Wilmar returned to Buenos Aires but only until the Winter Transfer window, where Russian outfit Zenit Saint Petersburg signed the Colombian for £13,500,000.

This season the ‘Silent Killer’ has played 15 matches and finds himself top of the table above Dynamo Moscow and in a well-established midfield relationship with Brazilian midfielder Wendel.

Barrios’ guardian-like approach and blueprint has remained from his time at Boca where he allowed forward players to roam freely, this is synonymous to his time at Zenit and this season where manager Sergey Semak trusts the Colombian to be disciplined enough to allow attacking players to express themselves.

This has been the case for none other than Brazilian Marcos Wendel – a more attacking midfielder who has been greatly aided by Wilmar’s ability to sit in. Wendel has helped himself to 4 goals this season, given the license only by his strong and trustworthy teammate – Wilmar Barrios, whose reputation only keeps increasing.

At the prime of his career, Barrios seems destined for even more success – a move to one of the top 5 leagues? Who knows, but one thing is for certain, Barrios’ laborious work rate intertwined with vision and ability to play a pass would make the Colombian valuable to any team across Europe.