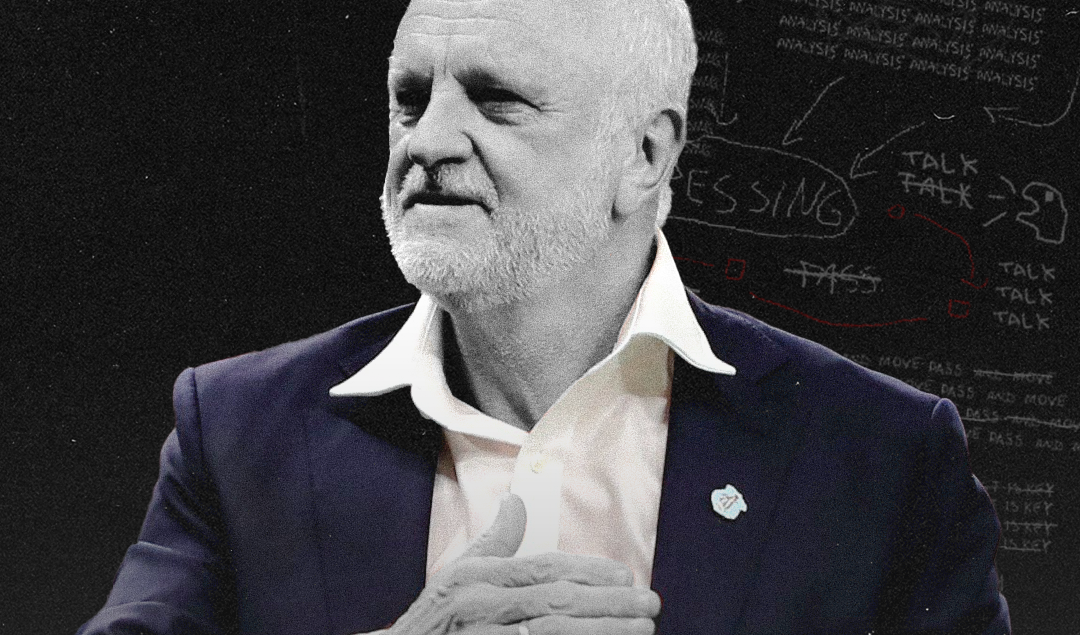 When Australia, as a footballing congregation, took a collective breath at the end of the ninety-six minutes, there was a reality, beyond the elation, that wasn’t truly grasped until the next morning. Yes, it was partly due to the fact that Australia vs. Tunisia kicked off at 9PM, the perfect time, and yes, it was also because World Cup wins are unicorns in the outback; they don’t come around very often. But mostly, the thing that needed settling in was one cold, hard fact: the Socceroos had their destiny in their own hands.

They managed to progress to the knockout round of the World Cup for the second time and the first time since 2006; a feat entirely unimaginable only eight months ago when Graham Arnold’s side slumped to a 2-0 defeat to Saudi Arabia.  The Socceroos did not expect to be joined by Argentina in that rarefied air, admittedly, but the fact remained; their path to the World Cup was far more difficult than it ought to have been, their performances in Asian qualifying were largely uninspiring, and occasionally dreadful.

The overriding sentiment going into the most bizarre, most jarring, most troubling of World Cups, was a sense of pessimism, belied slightly but the superbly done video by the Socceroos themselves highlighting the human rights abuses that went into the hosting of this particular World Cup. The fact remained: Graham Arnold, as the manager of the national team, divides opinion – and that’s putting it lightly.

His football has been at times turgid, at times reactive, and almost always dogmatic and pragmatic in equal measure. Yes, that seems an oxymoron; something can’t be both dogmatic AND pragmatic; but here’s the thing, Arnold is dogmatic in his own sense of self, he has his own means and his own methods and sticks to them; but when the football starts, there is no enervating, inspiring football, only the slog of grinding out wins, borne of a distinct lack of firepower up front, and a demonstrative dearth in fast, dynamic footballers.

France was a demonstration of the dogma. Arnold picked Craig Goodwin – whose journey had seen him play in the Netherlands, but who currently plays in the A-League – and Matthew Leckie, who, now in the twilight of his career, is also playing in the A-League, after a successful career in Germany. They were, fundamentally, Graham Arnold players; dependable, tidy, and unexciting, both towards the end of their careers.

They were, dramatically, the reason the Socceroos were up 1-0 against France in the opening match of Group D. But, when things got worse, and the Socceroos were down, Arnold wouldn’t change, wouldn’t shift things around, and the same dependability failed to panic the ultimately superior French back line.

Things were similar all around the pitch. Arnold’s 4-3-3 was never particularly inspiring in big qualification games, nor did the Socceroos perform anywhere near their best during the Asian Cup, in which they were eliminated by the UAE in the quarter-finals.

Everything was uninspiring, from the dependence on moments of magic or set-pieces to the lack of dynamism in midfield, to the slow, mind-numbing passing football in a mid-block of pressing. Against France, their attacking was less dynamic than it needed to be, and their mid-block placed an emphasis on the ‘mid’ part.

The above image demonstrates the point: the Socceroos were stagnant, trying to keep the midfield and defensive lines close to stopping the likes of Antoine Griezmann from playing between them. Yet time and time again Aziz Behich and (especially) Nathaniel Atkinson were played behind at fullbacks, and the Australian defence had to deal with crosses. They dealt with them especially poorly.

Time and time again the French wingers and fullbacks, especially the combination of Theo Hernandez and Kylian Mbappe, would tear past their full back and cross the ball in. Australia’s defence was stagnant and leaky; they couldn’t defend the ball coming in from wide whatsoever.

Crosses require compact defending, and it simply wasn’t there. The Australians were on their heels; having been punctured by a ball over the top, and the midfield wasn’t coming back to support the centre backs adequately enough. The entire defensive performance was insipid, a particular reminder that it takes particularly adept tactical nous to weather the attacking ferocity of the best players in the world. The Socceroos were made to look mundane.

Arnold should’ve changed things up. He should’ve spotted the deficiency in defending crosses and slotted an extra centre back in to mark Olivier Giroud. He should’ve added pace to the lineup, he should’ve been more proactive when we’d scored.

And then, of course, came Tunisia, the game in which pessimism was given the boot, where Harry Souttar was heralded as the second great Australian rock, where Mitchell Duke went from a frustrating emblem of Arnold’s tenure to a heroic, wholesome icon with particular aptitude at flicking on a deflected cross into the bottom corner.

It was what happened after the goal that mattered. Mathew Ryan turned back the clock, pulling out his most imperious performance in years. Australia ceded possession, retreated, and actually looked good. They were resilient, a tad lucky, and defended like bastions of imperturbability.

The big seven-foot Scotsman at the back was tremendous, Souttar’s clearances and sliding blocks married up to composure on the ball and a knack for a big switch that proved the importance of keeping ties to the mother kingdom. Aaron Mooy was near-perfect on the ball; his touch was majestic, his control was calming, and he refused to be shied, even eight-six minutes in.

It was the kind of performance that demonstrates why it doesn’t matter, for a country like Australia at a World Cup, whether your manager is dogmatic or pragmatic. All he needs is two good days, and something magical might happen. Then came Denmark. The heroic performance of all heroic performances.

Denmark were disappointing; their dearth of options up front was plain for all to see, they didn’t react to the goal being scored whatsoever, and the movement through the middle was stifled time and time again. Harry Souttar once again was phenomenal, the Australian midfield was far more connected than they were against France, and the line held firm. The best part, though, was the sheer improvement as compared to France.

A similar crossing position, but the difference is evident below.

There are no gaps, the midfield has tracked back to prevent a cutback, and the space for Maehle to cross has been blocked to the point where he has to try and beat Milos Degenek to the by-line, where Mat Ryan is much more comfortable in getting to the ball.

It belied a significant improvement in the Socceroos’ tactical discipline and sense of danger. It was the most demonstratively pleasing thing any Socceroos fan could’ve wished for. It meant, for the first time ever, Australia won twice in the group stage of a World Cup. It was beyond anything realistically viable before the tournament.

Tactically, they’ll have to pull out a masterclass to beat Argentina. But Australia are in the same bracket as fifteen other teams, when they return to Australia, they’ll be heroes, because they made the Aussies dream. Who’s to say that dream won’t continue?