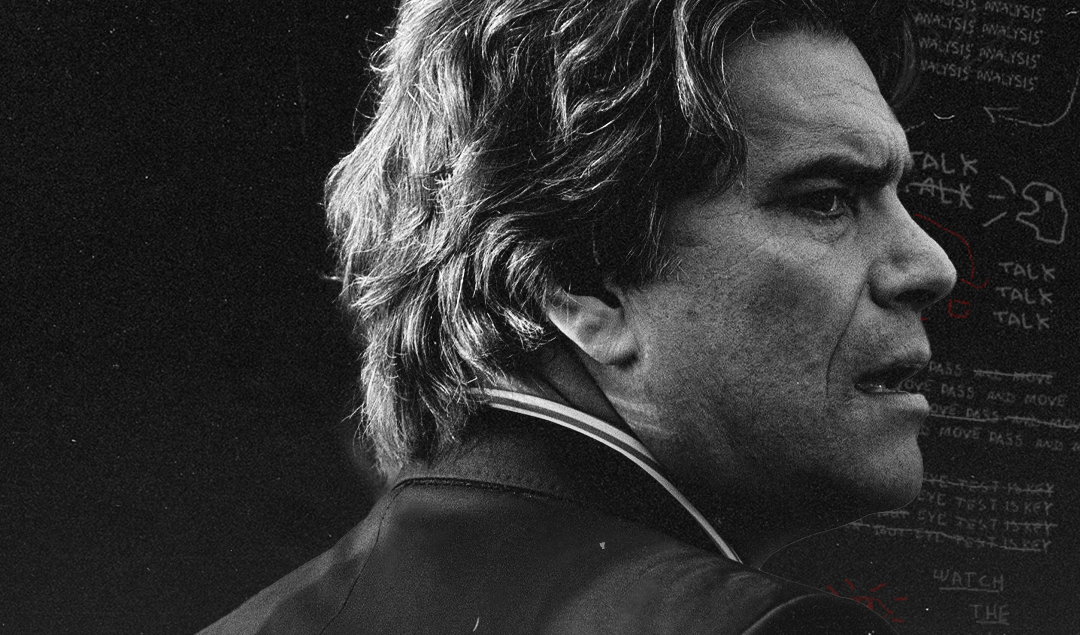 28 years have passed, and yet, Marseille have not come close to reaching the highs and lows that they experienced under Bernard Tapie. They remain, to this day, the only French team to win a major European trophy, and one of the most popular clubs in France, but they are no longer the dominant force that they were under the man who wanted to win at all costs, even if it meant disgracing himself and his team.

Tapie went from a shoo-in to become Marseille’s next mayoral and one of the leading prospective candidates to replace François Mitterand as President of France to facing charges of complicity of corruption and witness tampering in a high-profile trial led by prosecutor Éric de Montgolfier. As OM braced for their relegation to the second tier, Tapie was sentenced to 2 years in prison, including 8 months non-suspended and 3 years of deprivation of his civic rights.

As opposed to Donald Trump, often considered his American counterpart, Tapie never reached the highest political office, but like Trump, he was forced to declare bankruptcy after being sued by his bank for repayment of a $240 million loan. Having been charged with evading $13.5 million in French taxes, Tapie was barred from holding elective office for five years and could do nothing but watch as the Crédit Lyonnais bank confiscated his mansion, yacht, and other prized possessions.

Unable to pursue business and footballing ventures or seek political office, Tapie turned to acting, starring in Claude Lelouch’s 1996 film “Hommes, femmes, mode d’emploi” (Men, Women: A User’s Manual). After spending five months behind bars, Tapie collaborated with French rapper Doc Gynéco on the song “C’est beau la vie,” (Life is beautiful), and in 2000, he made his debut as a theater actor, receiving rave reviews for his rendition of Jack Nicholson’s role of Randle McMurphy in “One Flew Over the Cuckoo’s Nest.” In the years that followed, Tapie performed in various plays and starred as a police chief in the series “Valence.”

“I think that if [Tapie] were American, he would be president today,” stated Lelouch in Marina Zenovich’s 2001 documentary Who Is Bernard Tapie? “Or he’d be in the electric chair.”

Tapie returned to Olympique de Marseille in 2001 as a sporting director, but he often found himself at odds with financial director Pierre Dubiton, who had refused to pay for some of the recruits that Tapie had pursued. “In Marseille, the floor is littered with banana skins. Sometimes, I have the feeling that some people are trying to tear everything down,” said Tapie in an interview with Le Parisien. “Dreyfus has all the means to solve Marseille’s problems. Either he does what he has to do and appoints reliable people and OM will survive, or doesn’t and OM will deteriorate to the point of implosion.”

Dubiton was sacked in September due to disagreements with Tapie. “I was expecting a phone call, but when you’re dealing with cowards, I’m not surprised not to have received it,” snapped Dubiton. “Tapie is a street entertainer, he lies as he breathes. I can prove that there was a slush fund at OM between 1986 and 1993 and I can bring Tapie to correctional.”

The financial director was sacked after threatening to release top-secret documents that could have landed the club in legal jeopardy, and as a result, former Nice police chief Etienne Ceccaldi stepped into his role. Dubiton approached Ceccaldi outside of his office on December 6 and accused him of masterminding his dismissal from the club, and when he asked him to leave the premises, Dubiton head-butted him and broke his nose.

He was released after being taken into police custody, but on May 11, 2007, Dubiton was given a 12-month suspended sentence and a €7,500 fine for his role in the dubious transfer of Argentine defender Eduardo Tuzzio in the summer of 2001. Tuzzio left San Lorenzo de Almagro for Servette on a free transfer, despite the fact that his coach Lucien Favre was unaware of the player’s arrival. Ten days later, Marseille purchased Tuzzio for a fee of €6.4 million in addition to an undisclosed comission of €580,000 for intermediary Gilbert Sau.

After the head-butt incident, Tapie announced his decision to step down at the end of the season, ending a brief and ineffective return to football. Whilst pursuing various acting jobs, he continued to wage a legal battle on Crédit Lyonnais due to a dispute dating back to the 1993 sale of Adidas. Pressured to give up his business stakes after assuming elected office, Tapie had sold Adidas to the state-owned bank for a fee of €320 million.

Louis-Dreyfus initially received a 15% stake, but later took up his purchase option to seize the entirety of the Adidas shares for a fee of €709 million, allowing Crédit Lyonnais to pocket a hefty return on investment. Irate, Tapie accused the bank of defrauding him, prompting the bank to annul their memorandum of understanding which had provided for the gradual sale of his other businesses in order to pay off his remaining debt, and forcing him to declare bankruptcy.

15 years after winning elected office as a center-left candidate, Tapie chose to support the center-right Nicolas Sarkozy in the 2007 French presidential election over the Socialist Party leader Ségolène Royal. With both candidates failing to secure a majority, Sarkozy eventually won the run-off election to replace the outgoing Jacques Chirac on May 6, 2007. After previously stating their intention to take Tapie to court, the French government decided to set up an independent arbitration panel to settle the case.

Christine Lagarde, who had recently been moved by Sarkozy from her role within the Agriculture Department to a position as the Minister of the Economy and Finance, entrusted the case to her chief of staff Stéphane Richard, now the chief executive of mobile phone network Orange, whilst Pierre Estoup, Pierre Mazeaud and Jean-Denis Bredin presided as arbitrators. On July 7, 2008, the tribunal ruled that Tapie should receive €403 million from the government in compensation.

By the time the 2012 election rolled around, Sarkozy’s government found themselves flooded with a barrage of scandals including allegations that he received €50 million in pay-outs from Libya president Muammar Gaddafi. This saw Sarkozy lose the election to François Hollande, husband of Ségolène Royal, and caused Tapie to lose his comfortable relationships with the government.

In December 2015, a Paris appeal court ruled that he was not defrauded and ordered him to pay back the €403 million in compensation, and in May 2017, Tapie lost his final appeal to the Court of Cassation. Weeks after the final appeal, Tapie was diagnosed with stomach cancer and esophagus cancer, causing him to undergo a variety of experimental treatments in France and Belgium, as well as receive acupuncture to reduce the effects of chemotherapy.

Tapie was acquitted of fraud in July 2019 after French prosecutors argued that he used his political connections with Sarkozy to engineer a massive payout, saving him from a potential five-year prison sentence. “My cancer just got a dirty kick in the face,” stated Tapie. But the prosecutors appealed the decision, and on April 30, 2020, a financial crimes court outside of Paris rejected Tapie’s debt repayment plans, claiming that financing of the deal was not assured.

As a result, Tapie’s assets were frozen, including his Parisian mansion L’Hôtel de Cavoye and his controlling stake in the regional La Provence newspaper. Lagarde, on the other hand, was found guilty of negligence for her role in the payout, although she faced no punishment. She would go on to preside as Managing Director of the International Monetary Fund from 2011 to 2019, before becoming the President of the European Central Bank, a position that she still holds to this date.

On April 4, 2021, Tapie and his wife Dominique were attacked in a home burglary in the Paris suburb of Combs-la-Ville. Four men slipped past the security guards in the early hours of Sunday morning, broke into the house, and tied them up with electrical cords, before escaping with two watches, bracelets, earrings, and a ring. Dominique received medical attention after suffering facial injuries, but Bernard refused to go to the hospital after being hit over the head with a club.

After previously postponing the trial due to health problems, Tapie and his longtime lawyer Maurice Lantourne are back in the Paris Court of Appeal and to fight charges of fraud and embezzlement of public funds, continuing a legal battle that has waged on for nearly thirty years and that shows no signs of stopping yet. He is accused of using his cozy relationship at the Élysée Palace to obtain a private tribunal and ensure a positive verdict that saw him receive a hefty payout, including €45 million for moral damages.

Five and a half years after being ordered to return the compensation package, Tapie has not yet refunded a dime, according to Jean-Pierre Martel, the lawyer in charge of settling the outstanding debts to Crédit Lyonnais. In fact, due to interest and other fees, Tapie’s debt has ballooned to €586 million, and his wide array of assets would only cover half of that amount. The trial must reach its conclusion by no later than June 14, as the prosecutors attempt to win a five-year prison sentence for the embattled businessman.

At 78, Tapie is no longer the debonair entrepreneur that glistened in television screens, but a withering, evanescent relic of a bygone era whose pale complexion and silver hair tell the story of a man who has been on the run…from the law, from his creditors, and from cancer. “I had lost 75% of my tumors and, in two months, they had doubled with metastases,” stated Tapie in an interview in January. The illness has not only spread to his skin and esophagus, but his stomach, vocal cords and lungs as well.

Sooner or later, Bernard Tapie will have run his race and pass into another dimension, either fading into a new afterlife or disintegrating into the soil and air. But the roots of his actions continue to impact football more than three decades after taking charge of Marseille. A tycoon with the mentality of Gordon Gekko, and the manipulation of the truth of Donald Trump, who was willing to win at all costs and bulldoze his way into power and fame. Villain or hero, savior or savage, one thing’s for certain: he serves as a mirror for football’s incessant greed.