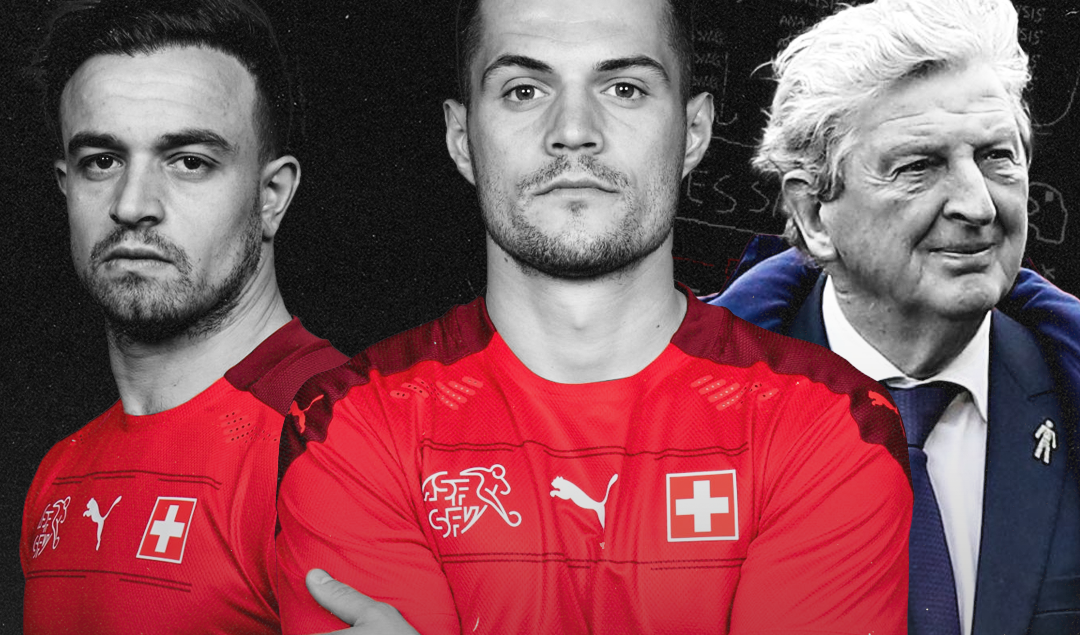 It was a brutal exit from Euro 2020 for Switzerland. Spain scraped through on penalties after a game where, I think it’s fair to say, almost nothing went the way of the Swiss. For starters, Captain and talisman Granit Xhaka, who had been so influential in the previous round, was suspended. Things quickly got more difficult as Breel Embolo limped off injured in the first half, followed by a very debatable red card for Remo Freuler leaving the team without either of their first-choice central midfield players.

Despite the adversity the Swiss, as we know, took Spain all the way to penalties where it was sadly a step too far. But after the dust has settled and the immediate disappointment has worn off, it will become clear that Euro 2020 was a pinnacle for what is arguably the best ever Swiss side.

It all started with incredible promise for the Swiss national team. A solid beginning to their life as an international side saw them finish runners-up in the 1928 Olympics after a respectable thrashing to an excellent Uruguay side in the final. What followed were years of reliability from a team who were consistently qualifying for World Cups, even if they weren’t necessarily lighting the events up, the Red Crosses were becoming almost an ever-present and as a result, their status in the global game continued to grow.

By 1954, Switzerland were given the chance to host the World Cup which would turn out to be a huge success, Switzerland fulfilled public expectation by getting out of the group before losing in a staggering 7-5 defeat to Austria.

Meanwhile, some of the best teams the World Cup had seen at this stage were thrilling crowds in their thousands, notably Hungary who’s star Sandor Kocsis netted 11 times on their way to the final. After all this relative stability, imagine how inconceivable it was, and still is, for Swiss fans that after the 1966 World Cup that they wouldn’t qualify for another major tournament for 28 years.

International football is a strange place. A place where Harry Redknapp manages Jordan for two games and Cristiano Ronaldo spends an entire career chasing a record set by an Iranian player who spent just three seasons in Europe. So, it seems only fitting that the seeds for Switzerland’s greatest ever side were sown by Croydon-born Roy Hodgson.

Hodgson brought about immediate success; propelling Switzerland to extraordinary new heights, qualifying for the 1994 US World Cup from a difficult group, taking the team to third (!) in the FIFA rankings and a famous 4-1 victory against Romania in Michigan.

These achievements made it even harder to believe 8 coaches had come before Hodgson with no progression whatsoever but the fact that Hodgson took this group of ‘nobodies’ and used them to revolutionise Swiss football, shows that the Englishman’s time there was about far more than the instant improvement of the team (even if it did surpass anyone’s expectations).

Roy Hodgson had come from Scandinavian football, despite managing in the Swiss league for two years before taking the job, almost all his prior experience came from the UK and Sweden. This meant that with the new manager came a new philosophy.

For starters the Swiss were still using outdated training methods based on coaches’ experience as players in their time, with the game transitioning faster than ever, the new methods would bring a much-needed new lease of life to the team. Importantly though, the new methods were implemented right from the bottom. Something which is very common these days, with ‘La Masia’ and such like paving the way for academies worldwide, but it’s important to stress how unusual this was at the time.

This combined with Hodgson’s focus on studying opponents, which many an ex-Swiss international has spoken incredibly highly about, laid the foundations to create the incredibly competitive Swiss teams we’ve seen over the last two decades.

So factor one in the creation of this ‘Golden generation’ was the revolutionised tactical scene during the 90’s. The second important factor is much more political. There is simply no denying that this Swiss team has benefitted massively from immigration.

According to OECD, about a quarter of the entire Swiss population are immigrants, something that is embraced on a huge scale, so much so that it has become a key part of general Swiss football culture. ‘Secondo’, a term rarely used outside football, is used endearingly by the Swiss fans to talk about the second-generation immigrant players that represent the team.

Naturally the fact that Switzerland is an incredibly stable country and has been for a very long time means that it’s a safe destination for civilians whose lives have been disturbed by war elsewhere. The best example of this is the migration from the Balkans after the violence that broke out in the breaking up of Yugoslavia in the 90’s. Both of Switzerland’s most famous and influential players; Granit Xhaka and Xherdan Shaqiri have Kosovar Albanian parents.

Which leads nicely onto the final key reason for Switzerland’s return to prominence; money. Seems obvious, but there are so many European national teams that should not have missed a single major tournament in the last 15 years with the amount of talent at their disposal; looking at you, Serbia.

Mismanagement of funds, poor pitch quality both for matches and training sessions, cheaper managerial appointments and uncomfortable away trips are something the Swiss have never had to worry about which many national sides, even in Europe, still have to deal with. Equally importantly, the finances available meant that Hodgson’s tactical philosophy could be implemented from the mid 90’s on a nationwide scale.

Is there justification to call this current crop of players Switzerland’s greatest ever side? Well that probably depends on the age of the person you’re asking. Objectively though, looking at the performance of their key players at this tournament, there isn’t a Swiss team who can match up.

Yann Sommer – the goalkeeper. Gladbach and Bundesliga fans in general have been banging on for years about Sommer being one of the best keepers in Europe and he has proven them all right this summer. Fantastic performances throughout the competition, as well as the penalty save which will go down in Swiss football history. Switzerland’s best ever goalkeeper.

Nico Elvedi – Another Gladbach player, Elvedi is very much the present and the future of Swiss football. At 24, the Centre Half was outstanding against the highest quality of opponent. Strong, agile and very tactically assured.

Granit Xhaka – Unbelievable performance against France, capped with a fantastic assist for the equaliser. So assured of his role in a Swiss shirt, he was dearly missed in the Quater-final.

Remo Freuler – It was an excellent Euros for Atalanta players and Freuler is a name you can add to that list. Understated but with a superb balance to his game that compliments others around him.

Xherdan Shaqiri – The Talisman. Yet more goals at major tournaments for the jewel in the Swiss crown. One of only four players to have scored at Brazil 2014, France 2016, Russia 2018 and Euro 2020.

Haris Seferovic – Enigma of a striker but when he’s hot he is really hot. He turned up for this tournament with real confidence and it showed in his performances. Scored an underrated goal against Turkey to confirm Swiss progression.

The list of honourable mentions is lengthy, Embolo got the ball rolling with his goal against Wales whilst Dortmund’s Manuel Akanji had a good tournament. Regardless of the impact this group of Swiss players will go down as the pinnacle of Swiss talent in living memory, all will be remembered as heroes.

The job that Vladimir Petkovic had done to steer this team out of the group stage at three major tournaments in a row may have been overshadowed by Switzerland’s outstanding neighbours Belgium, but he and his team may just have proved that The Red Crosses are here to stay.