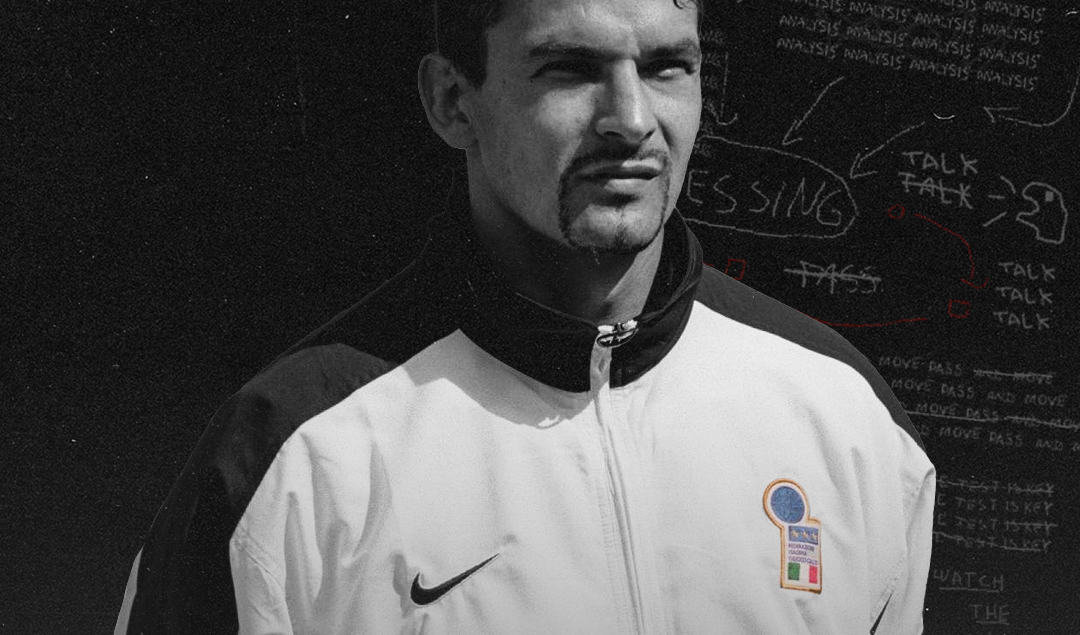 You have just written the book, ‘ USA 94: The World Cup that Changed the Game’. What was it about that World Cup in particular that inspired you to write the book?

Personally, I feel that USA ‘94 is an often overlooked and underrated tournament. For me, it is the World Cup with the greatest collection of number 10’s (Baggio, Stoichkov, Hagi, Valderrama etc) that the modern game has had to offer.

I was 13 during the summer that it kicked off and I was mesmerised by the colours in the stands, the kits, the stadiums and the stars on display. It was only when I started the research process that I discovered there were plenty of like-minded souls out there and that USA 94 deserved to have its story told, both on and off the pitch.

What were your top three personal favourite memories of the ‘94 World Cup?

The first would have to be Gheorghe Hagi’s goal for Romania against Colombia. He sends an effortless ball from the left wing high over Oscar Cordoba’s in the Colombian goals head and into the goal.

Many asked if he meant it? Of course he did! Having seen him single-handedly destroy Wales (my home nation) during qualification I knew what he was capable of with his left foot.

Secondly, I would pick, Yordan Letchkov’s header against. Bulgaria had a horrendous World Cup record up to 1994, having never won a tournament match.

They went a goal behind to the defending champions only for a magical Hristo Stoichkov free kick to haul them level. It was the eventual winner three minutes later that stuck with me though. A mismatch in the penalty area saw Letchkov marked by the diminutive Thomas Hassler and the Bulgarian did the rest.

I remember watching this game with my Dad and seeing the joy on his face as Bulgaria took the lead. These eclectic bunch of players were firm cult heroes that summer. Third and finally, it would have to be the USA players celebrating after their win over Colombia.

Alexi Lalas and his teammates draped in the Stars and Stripes as they all but guaranteed the hosts a place in the knockout stages for the first time. They may have celebrated like they had won the tournament but this was the USA’s first World Cup win in 44 years.

The tragic repercussions for Andres Escobar will sadly always be connected to not only this game but also the World Cup as a whole. From the US standpoint, though, it went a huge way to connect the country with the players and the game. The likes of Alexi Lalas and Tony Meola went from relative unknowns to nationwide talk show guests almost overnight.

How would you describe the writing process as I imagine it can be quite intense?

The key to the process for me is that the subject is something I’m passionate about. That definitely comes in useful when you go through the inevitable sluggish writing periods.

I had to forego other writing commitments so I could give the book my undivided attention. I lived and breathed USA ‘94 for the last couple of years, trawling through newspaper archives and watching old footage on YouTube (one of the best parts of the research for me).

What is your view of the expansion of the World Cup that is ongoing at the moment. Do you think it adds value to competition or creates a top heavy tournament?

I think USA ‘94 was the beginning of FIFA’s globalisation of the game. Whilst on the surface expanding the tournament gives other nations an opportunity to be involved when they otherwise may not, the cynic in me says it all comes down to making money not the good of the game.

I highly recommend the book to everyone, so last but not least, where can readers buy the book?

It is available on Pitch Publishing from all of your usual online outlets and high street book shops. Signed copies can also be arranged through my Twitter accounts (@the_mevs & @USA94Book).