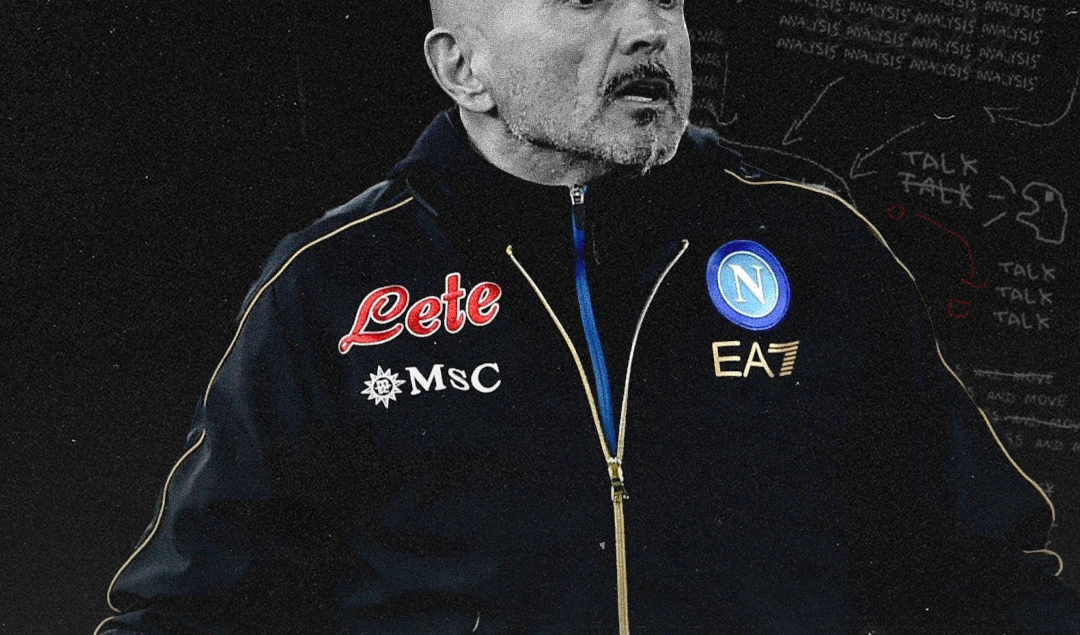 At the start of the season, very few Napoli fans had their sights set on finishing the season with their first league title in over 30 years. Luciano Spalletti was not the most attractive candidate for the head coaching role and many Napoli fans were against his appointment, but with 7 games to go, Napoli were within 2 points of leaders Milan.

With the original goal of getting back into Europe’s elite competition all but secured, fans began to dream. In heartbreaking fashion, a 3-game stretch that included 2 losses and a draw all but ended those dreams. However, Napoli narrowly missed out on the elusive Scudetto shouldn’t take away from what has been a very good season for the heroes of Campania.

Napoli started the season in a way that nobody, even the most optimistic of fans would have expected. 9 wins and a draw in the first 10 games scoring 22 goals and conceding only 3 goals to start the season was unheard of.

The last time Napoli started a season this strongly they ended with 91 points, losing out on the title in very controversial circumstances. Napoli were brought back down to earth in brutal fashion when they lost 3-2 to Inter, which lead to the start of the mid-season collapse.

Losing new signing Frank Zambo Anguissa and star striker Victor Osimhen in the game was horrible news for Napoli and they couldn’t seem to overcome this. Napoli managed 2 wins in their next 6 games allowing Milan and Inter to open up a gap between themselves and the Neapolitans.

Napoli needed the winter break in the worst way. Losing to Spezia and Empoli at home and allowing a 2-0 lead to slip away against Sassuolo in the final moments of the game, Spalletti needed to tap into his abundance of experience and tactical nuance to turn his team around otherwise, let alone the title, Napoli would be missing Champions League football for the 3rd season in a row, which would be horrible for the club.

The new year presented new challenges for Luciano Spalletti, with the core of his team either unavailable through injury or away on international duty at the African Cup of Nations, Spalletti knew he had to come into the second round of games prepared and figure out ways to overcome the absences, and he did exactly that.

They started the new year as they did at the start of the season, on fire. Although Spalletti couldn’t call upon the spine of his team, Napoli went 9 games unbeaten with 6 wins and 3 draws including a draw at home against title rivals Inter. Napoli closed the gap and were once again within touching distance of the top.

Next up was a visit from league leaders Milan, knowing that a win would take Napoli back to the top of the table. I subpar performance by Spalletti’s men led to a 1-0 home defeat opening up a 4-point gap with l a third of the season left to play.

Spalletti’s pragmatic approach in big games was a cause for concern for many Napoli fans, the idea of playing not to lose did not sit right with a majority of people but it is a results business and thus far it was working. Napoli were in a position to strike if either Milan side slipped up.

With 7 games to go Napoli were right there, a convincing away win against Atalanta had Napoli within 2 points of leaders Milan. With Milan’s difficult schedule, there was reason for optimism, but then it all fell apart. 1 point from a possible 9 in the 3 games that followed all but ended Napoli’s title challenge.

In typical Napoli fashion, Napoli started the game very well, creating many chances but not being able to score, Fiorentina punished them, and the game ended 3-2. This lack of potency in front goal has been persistent with Napoli throughout the season and ultimately the reason they didn’t win the league.

The next week was a tricky game against Roma. Napoli were in the lead and in control for virtually the entire game, but a 91st-minute equaliser due to a lack of concertation at the back was enough for Napoli to drop further behind.

Still, Napoli were in the race, barely, but in the race nonetheless. But they knew they would have to win every game and hope for results elsewhere to go their way. Following the heartbreak late against Roma, a trip to Empoli was on the cards. Napoli were winning 2-0 and cruising with less than 10 minutes to play.

The unthinkable happened, Empoli scored 3 goals in 7 minutes and won the game, ending any hope that Napoli were clinging onto with regards to the title. A series of inexplicable individual mistakes were the cause of Napoli essentially throwing away a very good opportunity to win their first title since the late Diego Maradona.

A minority of Napoli fans have not questioned Spalletti’s in-game adjustments and his approach late in games. Games like Empoli, Sassuolo and Roma come to mind where Napoli gave up leads late on in games. However, Napoli have won more points in the last 20 minutes of games than any other team in the league. On many occasions, it was in fact the changes that were made that have contributed to the winning goal.

Luciano Spalletti came into a team that had missed out on the top 4 for the last 2 seasons, with almost no financial backing in the summer. Within one season he turned Napoli into a genuine title contender. The goal was simple, finish in the top 4 and secure Champions League football and that was all but secured with 10 games to go.

Calls for Spalletti to be replaced at the end of the season for falling short in the title race are outlandish and make absolutely no sense. For the first time since Maurizio Sarri, Napoli have stability and a clear direction.

Club president Aurelio De Laurentiis has assured that Spalletti will be back and rightly so. With the backing of the president and the chance to add some key players, there is no doubt Napoli will be back again next season competing for that elusive Scudetto.

Napoli are closer than ever, and Spalletti has shown that he is the right man to steer this ship. Napoli have had the best defensive record in the league and ranks third in goals scored.

The Partenopei have enjoyed a successful season overall, although the hopes and dreams of a title came crashing down, this was a good first season for Napoli and a good steppingstone for seasons to come.