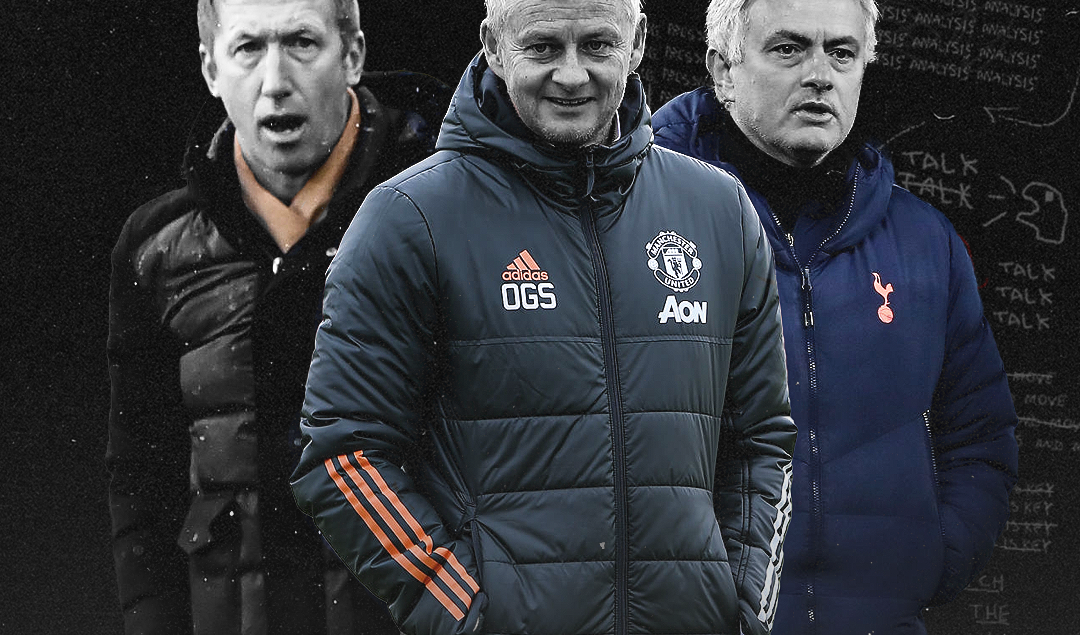 There are a great number of things that differentiate the managers at the top end of world football. Capturing all that nuance in the general football discourse has never been a priority of the culture around this sport; what you end up with is broad categorisations for managers that are impossible to escape whenever they stick. These classifications affect how we evaluate these coaches’ actions and achievements, which eventually shapes the narrative around their clubs.

This season has been widely reported as one of the most unpredictable in recent history and some of the narratives it has thrown up have been fascinating indeed. Every “top six” side has been favourites to win the league at some point. Most of those title challenges have now faded into wishful thinking. The differing conversations around the various managers’ role in the demise or otherwise of those title dreams have been interesting to observe.

Currently sitting on a very decent lead at the top of the league is Pep Guardiola’s Manchester City. An essential qualification, for no matter what scene the Spanish manager finds himself in, he is always cast as the main character. This campaign has been no different. A tough start to the season saw Pep’s side win just 3 of their opening 8 games, a run that included a surprise 5-2 loss to Brendan Rodgers’ Leicester City and an almost symbolic 2-0 to José Mourinho and Spurs.

The overwhelming consensus for Manchester City’s decline was that the very expensively assembled set of players was declining under Pep and could only be saved by another sizeable financial outlay. Guardiola had lost his players; his numerous tactical alterations left his group of players — who are otherwise very good at football — mentally exhausted. In other words, he was losing it.

The key part of all this is how much it is centred around Guardiola. The manner in which he has coached his sides in the past — with absolute control being the minimum he needs to deliver his grand ideas and philosophy of how the game should be played. He has done this and been successful at it for so long. Wherever he goes, the playing body is almost an auxiliary to him and his personality in terms of how they are portrayed.

The same can be said for Jürgen Klopp. From his early days at Mainz, he has espoused a very particular way of playing which has been iterated through all the teams he has coached, until probably its ideal version in the Liverpool team of the last couple of seasons, definitely its most successful one.

Klopp’s outgoing and exciting personality complements that style well and has made him one of the influential managers in the game at the moment. The system-oriented approach that he pursues — even though he has some big performers in the side — is very much anti-individual, focusing on the whole rather than the singular pieces. This inevitably leads everything back to him, as the conductor of this outrageously efficient group which is clearly doing things the way he wants them to be done.

Another manager in this mould is José Mourinho. In his case, the process is slightly different but the outcome is the same or even slightly more extreme. The size of his character has been apparent from the moment he came to footballing world’s attention. For the most part, his teams have been a mirror image of that tough and often brusque personality that Mourinho showcases every weekend.

Very early on he made it clear how he believed football should be played and even though in some sections it was viewed as opposite to the widely accepted ‘proper’ way to play, he pursued it with an unbreakable conviction, and he succeeded. However, those successes never came quietly. Within his first couple of months at a new club, Mourinho identifies those he is absolutely convinced cannot play the way he wants and then tries to ship them out.

He will clash with upper management over transfers and the media over how his team is playing. The marriage usually does not last very long but it is always fruitful and he is invariably front and centre from start to finish. It is impossible to remove, ignore or even downplay the effect he has on the players and the club in general and people rarely ever do. Rightly or wrongly, he is often the main attraction regardless of his team’s performance.

Other managers like Marcelo Bielsa, Ralph Hasenhüttl and Graham Potter are all viewed in similar lights although in varying degrees. After identifying this, a common thread begins to appear across all these managers and these various clubs. I have been careful not to mention a particular word up to this point but this is probably the right time to let it out — Philosophy. Character and personality of a manager are factors with regards to how they viewed but to a large extent philosophy is the determining factor.

Graham Potter’s Brighton: Do the Seagulls Have Enough To Avoid Relegation?

The commitment to a particular overt philosophy, successful or otherwise seems to put some coaches in a different category to others. The narrative is firmly centred on them and how they look to bring their glorious ideas to life. Every elite coach must have some idea of how they want their teams to play. Still, there seems to be an affinity for idealist managers, even though the success of managers in this mould varies dramatically.

On the opposite end of the spectrum, there are the supposed non-idealists. The managers who are most amenable to change. Those who are even accused of being mere bystanders as the season goes by, and in extreme cases painted as a lame duck, unable or even incapable of doing anything significant to affect the team’s fortunes.

Part of the reason for this is the presence of very prominent characters in the squad. In some cases, the personality and performances of a single player or a group of players easily dwarfing that of the manager, making him seem insignificant in the process. There is also the pragmatism of these coaches, willing to play each game in a way that they feel is best, without the conspicuous constraints of any particular philosophy; except that of trying to win of course.

The unattachment to any grandiose tactical theories can be portrayed as a weakness, a solemn acceptance that the coach cannot affect the game in any way. This can lead to managers not getting as much credit as they deserve for their accomplishments and having their tactical acumen downplayed at every opportunity. A very different side of the coin to what we looked at earlier but still a fascinating one to observe.

One of the best examples of coaches who currently find themselves in this space is Ole Gunnar Solskjaer. The Norwegian was hired to calm down a very fractured fanbase and club after Mourinho was shown the door. His interim period was characterised by fluid, free-flowing attacking football which was putting up numbers most managers would be proud of. However, this was seen as a product of Mourinho’s absence rather than the presence of Solskjaer.

The Norwegian was simply there to loosen the bonds placed on United’s many mercurial talents. After getting the job permanently, the results were not as good and the football was not as enjoyable. His lack of experience was called into question more and more and it led to the creation of a discussion around United under Solskjaer that he may never be able to escape.

He is simply a passenger, riding on the coattails of his many expensively acquired talents. The arrival of Bruno Fernandes in the early part of last year and the immediate upturn in form only solidified those thoughts in the minds of some. Even though Solskjaer has masterminded some very tactically astute games and made some big calls in big moments, he seems forever destined to be a side attraction, existing on the individual brilliance of his main act.

Why Ole Gunnar Solskjaer Is a Stopgap Manager, Not a Long-Term One

That situation for Solskjaer is greatly exacerbated since he has some of the most prominent characters in the league in his dressing room. Whatever Paul Pogba does or does not do on the field is much more attractive to the general discourse than what Solskjaer has to say about the match.

Fernandes is also quickly emerging as a very vocal personality both on and off the pitch. Combine that with Marcus Rashford and Anthony Martial — at one point the world’s most expensive teenager and former Golden Boy — and you have a huge shadow which Solskjaer is still attempting to make his way out of.

Zinedine Zidane also comes up as one of such managers. After a very successful playing career, he moved into management at his former club Real Madrid. At that point, he had minimal experience on the touchline. His setup was slightly different from Solskjaer in that managers are rarely held in much esteem at the Bernabeu, they are simply pawns meant to maximise the return from one of the most star-studded squads in the world.

Zidane’s ability to almost feel his way through the biggest games, making changes that did not seem, even to some of the most tactically astute observers, to follow an overarching plan or philosophy. And of course, he had Cristiano Ronaldo. Winning three Champions League titles certainly takes much more than clapping your hands and motivating your squad and it is an achievement of the highest order. However, he  may never get the credit he deserves from it.

Luis Enrique, who won a treble for Barcelona in 2015, is another excellent example of a manager who was made out to simply be riding the wave, of what was undoubtedly one of football’s greatest ever attacking trios. Irrespective of whatever Enrique might have managed tactically, that treble has been put down almost exclusively to the brilliance of Neymar, Luis Suárez and Lionel Messi.

Maximilliano Allegri might have won many Serie A titles and appeared in two Champions League finals. Still, because he does not seem to subscribe to any colourful and grand idea of how the game should be played, he always seems to have a straight jacket placed on his ability. Allegri just knows how to win. That is clear to see whenever a job at one of Europe’s elite opens up and the Italian is being discussed together with his more ‘visionary’ colleagues.

Unfortunately, there is never going to be an even balance in the coverage of sports and the actors involved in them within the media and in the general discourse. It is interesting to peel back some of the layers and attempt to understand why we talk about managers in the way we do.