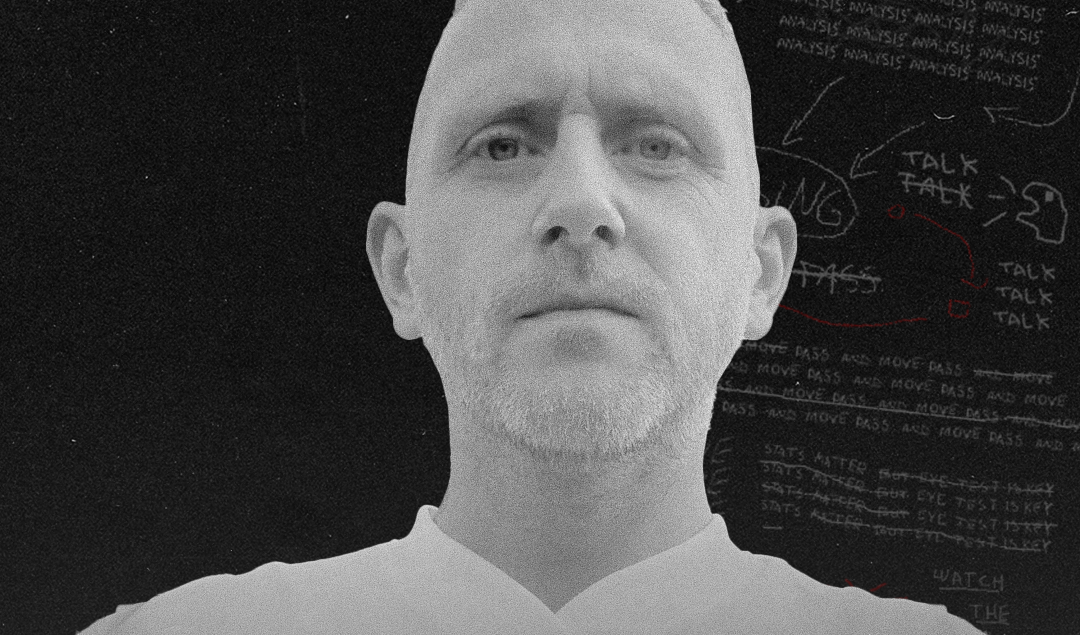 November 16, 2019. Just outside the centre of the beautiful Austrian city of Vienna, two teams of largely middle-aged amateur footballers are adjusting their shinpads, lacing their boots and doing various stretches on whichever troublesome chronic injury they may be carrying. Nothing out of the ordinary there, of course. The only thing distinguishing these two teams is that they are both comprised entirely of writers.

This is the latest match for England Writers FC, a team of, as the name suggests, novelists, journalists, screenwriters and short story writers who have been playing around Europe against similar teams since 2013.

The match finished with a 7-1 victory to England. If the score line suggests a one-sided affair, that’s not entirely true. Overall, England were probably slightly the stronger side, but when you have a player capable of scoring four goals on their first game for the team, it makes a difference. Luckily, England possessed such a player on the day in the form of Roy, a short story author and spoken word performer from Liverpool.

A short tour of Viennese nightspots for some members of the squad followed, before we reconvened the following morning for the customary literary event. We met at Shakespeare and Co, a beautiful bookshop in the city centre, where three members of each squad read a piece of short fiction. We all headed home with a fixture against Scotland in Edinburgh scheduled for the following March.

Within a few weeks though, the first reports of a novel coronavirus began to come out of Wuhan, China, before the virus reached epidemic and eventually pandemic status. With the game against the Auld enemy approaching, the world began to shut down bit by bit as the true severity of Covid-19 became apparent.

Call it an old-fashioned British resolve to carry on regardless in the face of adversity, call it denial, but we were determined to make the trip north. The squad thinned as various members were forced to drop out before, with threadbare numbers still wanting to make it happen, matters were taken out of our hands as the UK entered full lockdown on March 23rd.

From Premier League to grassroots, football in the UK was disrupted and frequently curtailed entirely, over what were the strangest two years most of us can remember. As those traumatic two years drew to some sort of a close, it seemed fitting that the first opportunity for England Writers FC to host a match post-pandemic would see the Austrians flying into London for a return match.

With the trip to Vienna the last time many of us left the country, and Austria at one point facing some of the most stringent restrictions in Europe, welcoming them to London felt like applying some sense of closure, or at least of bookending the pandemic.

Given the momentousness of the occasion (to us anyway), it seemed any old patch of municipal playing field simply wouldn’t suffice, so the decision was made to play the match at Crystal Palace. Sadly, this didn’t mean Patrick Viera would be giving us a pre-match team talk, nor that we would be quizzing Wilfried Zaha on whether he’d once written an op-ed piece for his school newspaper, thus qualifying him for a place on the bench.

Rather than Selhurst Park, we would be playing on the pitch at Crystal Palace athletics stadium. A venue steeped in history, the Palace was the setting for the FA Cup final between 1895 and 1914. From the looks of them, that was approximately the last time the changing rooms were cleaned.

Vasco: The Brazilian Giant Set for Another Season in the Second Tier

With lights flickering and the sound of dripping water it felt more like the set of the latest instalment of the ‘Saw’ franchise than the setting for an elite international football match. Most of the squad wisely chose to change out on the pitch, and those of us who braved the facilities changed with an efficiency that ensured we didn’t discover the source of the ominous swarm of flies buzzing in a particularly dark corner of the corridor.

Apparently unaware of the horrors we’d faced, the Austrians were already warming up out on the pitch, under the guidance of coach Willie Kaipel, a former coach of Rapid Vienna amongst others. A quick scout of the personnel suggested the average age of their squad had dropped a bit since November, so we decided we’d better start at least trying to look the part while we waited for the ref to eventually arrive for a slightly delayed kick off.

Early stages were a bit scrappy, but England soon began to gradually take control. With various combinations of Ben Richards, David Annand, Jonathan Livingstone, Dan Muirdan and Anil Senghera looking as impenetrable as the classic Arsenal back four and Tomasz Mortimer looking unbeatable between the sticks, Irfan Master, Matt Greene and Raff Degruttola began to dictate the tempo in the middle of the park.

When I say the middle, I mean the areas either side of the actual middle of the pitch, the entire length of which resembled the Stamford Bridge pitch of the 1980’s, and was best avoided wherever possible if anyone wanted to keep control of the ball and reduce the risk of a twisted ankle.

I entered the fray from the bench after ten minutes or so in a notional left wing position, from where I spent the next five minutes debating whether to press or drop back in to cover the left back, eventually realising that, at fourty four years of age, I lacked the pace to do either.

My first contribution was to whip in a corner onto the head of Stu Richards who had made a clever run from deep towards the near post and glanced a header narrowly wide. Having clearly learned their lesson, at another corner a few minutes later, one Austrian was heard issuing instructions to “markieren das blond”, to which, in a triumph of semantics over tactics, his teammate responded “ist das blond? Oder ist das rot?”

Possessing a rudimentary grasp of the German language, Stu was able to settle the debate by pointing out that he was indeed a proud member of the ginger community. Whether this was all in fact a complex ruse designed to prevent Stu making the same run, we’ll never know for sure, but if it was, it did the trick as despite having most of the ball, we were unable to breach the Austrian defence.

Until that is, I cut in from the left and played the kind of defence-splitting pass that Paul Bracewell used to excel in for Everton until his knees prematurely became as knackered as mine currently are.

With a first touch that would have made Zidane gasp, Luke Catterson brought the ball down just inside the area, before switching from Zidane mode to Van Persie mode with a sweetly struck volley that flew into the net via the inside of the post.

In a just world, the unmistakeable and satisfying ‘ping’ sound of a ball striking the inside of a goalpost would make any ensuing goal count double. Alas, we were to be denied even the solitary goal the rules currently allow for as Catterson was called offside.

I assured the linesman-deprived ref that he was onside, pointing out that I had a far better vantage point than him, but my entirely non-bias plea wasn’t enough to change his mind. Although this burning sense of injustice drove us on, we were unable to break the deadlock, and went in at halftime 0-0.

A tactical shift saw us go more attacking at the start of the second half in an attempt to make our superior possession count, but the capricious nature of football ensured that it was Austria who had the ball in the net first. An unsightly goalmouth scramble saw several players toppling over before the ball was knocked over the line by an Austrian forehead.

The ref decided that at least one of these must have been fouls, rather than a concentrated series of middle-age-induced losses of equilibrium and the goal was ruled out. Lessons were not learned, however, and a few minutes later an almost identical incident saw the ball once again nestling in the England net, largely against the overall run of play.

The Austrians were jubilant, but failed to heed the age-old footballing adage “you’re never more vulnerable than when you’ve just scored”. After some nice build up play through midfield the ball was played into the Austrian penalty area, leading to a scrappy goalmouth scramble that was unbecoming of the otherwise sexy football we were now playing, but Irfan Master was able to slot the ball home and bring us level, barely two minutes after going behind.

Despite most of us never having played together, or even met before, we had now settled into a nice system, passing the ball well and working hard to nullify any attacks. The Austrians were no less hardworking in defence, and a few tasty challenges, by which I mean fouls, started to fly in, leading to a couple of bookings for the visitors and more than once some light pushing and shoving threatened to break out. There was to be no winner, other than football itself of course, as the ref blew the whistle.

There was a momentary suggestion of penalties but, remembering England’s record in shootouts, as we decided it was wiser to take the draw.  The post-match literary event is as integral to these international friendlies as the football itself, and this one was hosted at the lovely Bookseller Crow bookshop on nearby Westow Street.

After pizzas and beer, four members of each squad took the mic, with Matt Greene, David Annand, Ben Wood and myself reading novel excerpts, short stories, works in progress and, in Ben’s case, a slightly fictionalised account of Everton’s European Cup Winner’s Cup win in 1985, an account which may have brought back painful memories for Willie, who was assistant coach in Rapid Vienna’s losing dugout on that glorious night in Rotterdam.

To continue the internationalist feel, several of the squad moved on to the Faber Fox pub to watch the Champions League final. Given the unusually large concentration of Evertonians and smattering of Man United fans, the squad was firmly of the ‘Hala Madrid’ persuasion, with Real’s victory providing some vicarious consolation.