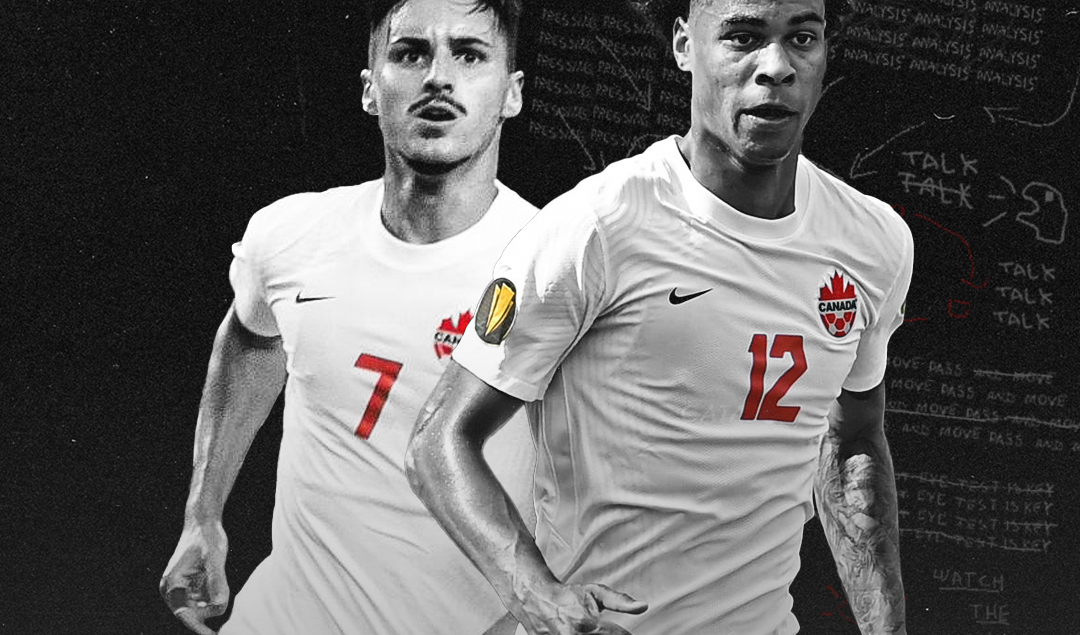 The Canadian national men’s team qualified for the World Cup for the second time in their history. It was a long time coming, and a long journey. Rocco Fasano looks at how they got there, and what’s ahead for the Canucks.

Jonathan Osorio beats a drum, leading the 30,000 of BMO field to a Viking chant. Moments earlier, Canada clinched the top spot in North America’s World Cup qualifying group by defeating Jamaica 4-0. This is the finale of a cavalcade twelve months in the making.

“I can’t believe it. I’ve been preaching this moment from the start, but now that it’s here. I’m speechless”, coach John Herdman said after the match. When asked what this means for the future he said “[It means that] we’re coming. We’re only getting started”.

At the beginning of this journey, Canada didn’t feature atop the minds of many as a dominant force in the North American and Caribbean soccer federation (known as CONCACAF), in fact, they didn’t even feature among the top five federations.

By virtue of their lower FIFA ranking (73rd), Canada was not seeded in CONCACAF’s World Cup qualifying group of eight, and was destined for the longer qualification route to World Cup 2022 that will take place in Qatar this coming November.

Canada’s pursuit of the world’s biggest tournament through a first-round (organized through round-robin groups) and eventually a second knockout round to the tournament started in March 2021.

Under this format, the remaining 29 CONCACAF associations were placed in groups, the winners of which moved on to the knockout round.

“Coach, we’re going to the World Cup”. With these words, uttered in unsuspecting time (after a Gold Cup semifinal defeat against Mexico), Kyle Larin made a statement about the self-confidence of this group.

Outscoring their opposition 27-1, Canada showed dominance and maturity that has rarely been seen before by a Canadian men’s side.

The highlight of their Group Stage was the abyss of talent that separated Canada from its opposition.

Outranking its opposition by some 60 places was made apparent when Canada was able to get the better of their opponents without featuring the likes of Bayern Munich’s Alphonso Davies or newly-crowned French champion Jonathan David.

Another impressive feature of Canada’s group stage performance was the maturity, confidence and “swagger” with which they approached their matches.

Then came the decisive home-and-away knockout round where the Reds answered with a professional performance defeating Haiti 1-0 in Port-Au-Prince; and with an authoritarian 3-0 win in Chicago (due to travel restrictions tied to the pandemic) that saw Canada advance to the final round of qualifying.

Canada entered “the Octagon” (the unofficial name for this round, featuring 8 federations) with high hopes but not as a bookmaker’s favourite.

These odds were seemingly confirmed at first, with draws against Honduras and the United States, but were overturned when Canada amassed wins against El Salvador, Panama, and Costa Rica.

Canada consolidated their position as top dog in CONCACAF qualifying by defeating mainstays like Mexico and the United States in Edmonton and Hamilton, respectively.

The Canucks overturned all odds by going undefeated until the third last match (losing 1-0 in Costa Rica), and qualifying with one match to go in Toronto’s BMO field.

“We’ve been waiting for this a very long time. Former players came here to support us – they paved the way for us. This qualification is also for them” said veteran and Canada’s captain Atiba Hutchinson.

Observers can only be impressed by the group that coach John Herdman has assembled over the course of his tenure.

Brick-by-brick Herdman has built a program that seeks Canadian players all over the world, recruiting them and capping them, with the view to develop as deep a talent pool as possible and integrate players into a special group whose goal is to shock the world when Canada will co-host the World Cup in 2026.

However, through qualification to the Qatar World Cup, this good work has begun to show its fruits prematurely.

Irrespective of how Canada performs in Qatar, this young group, joined by a veteran the likes of Atiba Hutchinson will gain World Cup experience that will temper and shape them for when Canada will play on home soil, four years later.

Canadian fans will follow the World Cup as protagonists, and have reasons to be excited for the future ahead.