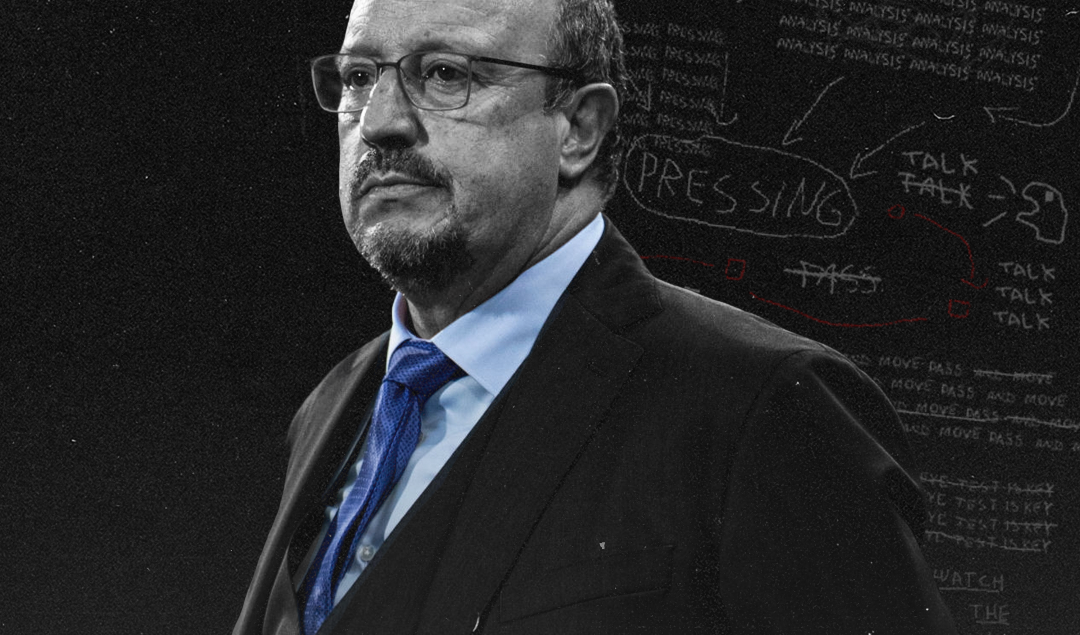 When Kevin Ratcliffe lifted the first division trophy in 1987, Everton seemed set to enter a period of dominance. This was the club’s second league title in three years, with a second-placed finish in 1986 behind Liverpool, separating the two title triumphs.

In total, between 1983 and 1987, Everton won two league titles, one FA Cup and the 1985 European Cup Winners Cup. The red and blue of Merseyside appeared destined to battle for the top honours in football for years to come.

A single FA Cup victory and another FA cup final in 2009 are the most Everton have achieved in the 35 years since last winning the title. With the exception of David Moyes’ spell in charge, Everton have struggled to finish even in the top half of the Premier League since the competition’s inception in the early nineties.

Yet, despite this lack of success, a feeling of expectation engulfs Goodison Park every time the blue half of Liverpool play. In the Moyes era, Everton put together three or four really good seasons, finishing as high as fourth in the league.

During this time, Goodison Park was one of the toughest places to go in the league. If a title contender could leave Goodison with a victory or even a point, they had passed a tough test and had to be taken seriously as potential champions.

This, unfortunately, is no longer the case. The Toffees have endured almost a decade of mediocrity since David Moyes departed the club for Manchester United. A brief revival under Roberto Martinez quickly fell apart, with Ronald Koeman, Marco Silva and Sam Allardyce all enjoying extremely underwhelming spells at the club.

Today, Everton find themselves languishing five points above the relegation zone. Yet another season had been written off before the new year had even begun.

Unlike other mid-table clubs, Everton’s struggles don’t stem from a lack of financial clout. In 2016, the club was taken over by Farhad Moshiri, a man with an estimated net worth of £2 billion.

What makes the club’s stagnation even more frustrating for Everton supporters is the fact that they have spent huge amounts of money trying to build a squad that is capable of competing at the highest level. Nearly £500 million has been spent on players, yet results and performances have failed to improve.

If ever there was proof needed that simply spending lots of money alone doesn’t guarantee success, Everton are the prime example. Some of the transfer fees spent on players over the past five years have been questionable to say the least.

These transfer mishaps have had far greater implications than just on-field performance. Because of the huge amounts of money spent on players in recent years, Everton have had to curtail their spending this season due to financial fair play regulations. During the summer transfer window of 2021, Everton were only able to spend £1.8 million on Demarai Gray.

Rafa Benítez can point to this lack of a transfer kitty as the main reason for his poor stint as Everton manager. While Carlo Ancelotti was permitted to spend big on James Rodríguez, Allan and Abdoulaye Doucouré, Benítez has had to make do with players signed on free transfers such as Salomón Rondón and the aforementioned Gray.

Rafa’s days as Everton boss were numbered as soon as he signed the contract. Even if he had been given hundreds of millions of pounds to spend, Benítez was always going to struggle. As a former manager of Liverpool, an icon that delivered the reds a fifth European Cup, he was never going to be welcomed with open arms. There is simply too much history there.

There is a clear disconnect between Benítez and the fans. In the away section at Carrow Road, banners were unfurled with the message “Benitez get out of our club”. When Liverpool battered Everton at Goodison Park earlier this season, chants of Rafa’s name from the away fans rang throughout the stadium.

As we saw when fans started chanting “Ole’s at the wheel” during Solskjaer’s last few games in charge of United, opposition supporters cheering for your manager is always a sign that the end is near.

It’s well documented that Rafa has always loved the city of Liverpool. Ever since he left England for Inter Milan in 2010, Benítez has spoken glowingly about the city and its people. Benítez has had a home in the city ever since 2004 and has referred to it in the past as “My City”.

From the get-go, it has been hard to shake the feeling that Benítez and Everton are together simply out of convenience. Everton wanted a manager with a big name. Rafa wanted a job in the city that he loves. It really was that straightforward.

It must be, because from a football point of view, the appointment makes little sense. Benítez is seen as a pragmatic manager, something which doesn’t gel with Richarlison, Andre Gomes and other flair players at his disposal.

Additionally, his recent spells at Newcastle and Dalian Professional in China, haven’t set the world alight. Benítez is synonymous with Anfield. Regardless of what Rafa ends up doing at Everton, he will always, and forever be associated with Liverpool, Istanbul and that magical match against AC Milan in 2005.

Bringing the fifth European title back to Anfield ensures that Benítez’ place in Liverpool’s history is secure. A Liverpool legend managing Everton is simply too paradoxical and as a result, will not succeed. There is simply too much history there.

Benítez has never been regarded as being the easiest manager for players to get on with. Rafa’s infamously cold relationship with Steven Gerrard is well documented. As is his relationship with Craig Bellamy, who was told he had no future at the club on the flight home from the 2007 Champions League final defeat to AC Milan.

The 61-year-old Spanish manager has never been one to mince words and in 2022, this isn’t likely to endear himself to his players. The example of Lucas Digne, who was frozen out of the side after falling out with Rafa before being sold to Aston Villa, epitomizes this.

While the manager eventually must take responsibility for his side’s poor results, the problems at Everton run much deeper than just the manager. Ancelotti’s disappointing spell ended with a whimper with many feeling he was potentially past his sell-by date.

A few short months later, Real Madrid suddenly looked favourites to regain La Liga and with the mercurial Vinicius Junior at his disposal, who’s to say Ancelotti won’t be lifting another European trophy come May.

At an executive level, Everton are a shambles. Moshiri owns the club and has indeed pumped money into the side. But as we know, this money has been spent very poorly.

Everton find themselves in a similar situation to a lot of clubs in that there is a lack of clarity over the roles of responsibilities of those on the board. The only thing we know for sure is that Moshiri is the owner and provides the money.

Who decides how the money should be spent is a wholly more complicated question. For years it was Bill Kenwright. Since Moshiri’s arrival, Kenwright has stayed on at Everton and remains chairman of the club and plays a key role in negotiations over contracts and new signings.

Marcel Brands was Director of Football at Everton for three years up until his departure in December. He leaves Goodison with an awful transfer track record, with the endless stream of expensive flops ultimately costing him his job. Add Rafa Benítez into the mix, a manager known for his controlling, hands-on approach to every aspect of the club, and you’ve got a recipe for disaster.

With Brands’ resignation, Benítez seemed set to be given the chance to turn the club’s fortunes around. A wretched run of form, capped off by the embarrassing defeat to Norwich now has the Spaniard clinging onto his job.

All of this epitomizes the mess that Everton are in off the pitch. The director of football was sacked, with the club’s owners deciding to back the manager and trust in his vision instead. A little over a month later, Benítez is heading for the exit door.

Having torn up the blueprint of how the football club should be run, Everton now find themselves with no director of football, no manager and could well be in a relegation battle come the end of the season.

No wonder fans are livid.

Everton supporters were never going to take to Benítez. His history with their arch-rivals will never be forgotten and Rafa will never enjoy a warm relationship with the Toffees supporters. But Rafa has been down this road before.

Appointed as interim manager of Chelsea in 2012, Benítez was loathed by fans. Even securing a third-placed finish and victory in the Europa League did little to increase his popularity levels.

Chelsea fans always remembered the barbs he traded with Mourinho, the defeat in the FA cup semi-final and the legendary “ghost goal” that sent Liverpool to Istanbul. There was simply too much history there.

With construction on a new stadium likely to get underway soon, Everton once again find themselves at a crossroads. The state-of-the-art stadium is being designed with the ambition of Champions League knockout ties being held at the stadium on a yearly basis.

However, if things don’t improve, it will become yet another example of nonsensical spending by the Everton board.

Where do Everton go from here? Spending close to half a billion pounds hasn’t worked. Hiring the manager available with the biggest name hasn’t worked. Whoever takes charge of Everton next will do so under a backdrop of enormous discontent.

The disconnect between the board and fans is greater than ever. Rafa’s appointment has sullied this relationship even more so than it already has been in the past. Everton’s next manager will have an enormous job on their hands, with this Rafa debacle doing the future manager no favours.

Benítez’s time at the Toffees seems destined to leave a sour taste in the mouth.