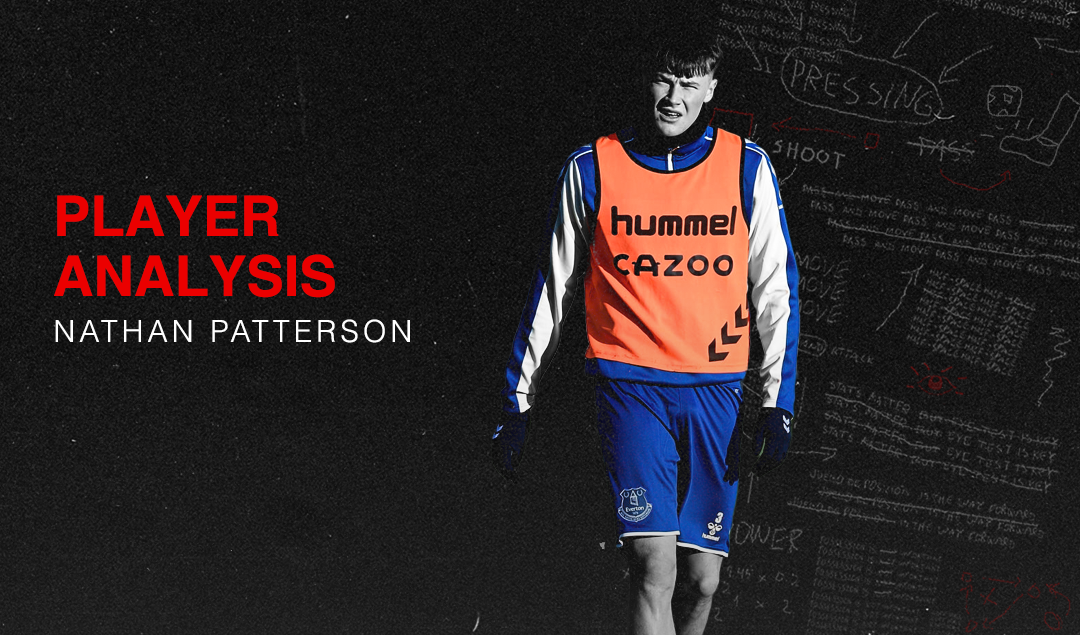 Kieran Tierney, Andrew Robertson, John McGinn – these are a few of the main Scottish talents lighting up the Premier League currently.

A new kid on the block will see if he can make the step-up they did, another Scottish full-back leaving his homeland behind for a shot at the English top flight. Something is definitely in the water, Nathan Patterson expected to be the next best thing and rival his fellow compatriots after signing for Everton.

Patterson could well be what Everton desire, a full-back with an eye to attack the opposition alongside getting stuck in when required. The Toffees this season have looked stale and passive, Patterson purchased to act as the remedy to the soulless feel around Goodison Park this campaign. Quick and hard-working, he’ll provide Seamus Coleman with some much-needed competition.

Rangers cashing in on their Academy graduate might look short-sighted from an outsider’s view, but the 16 million they’ve managed to recuperate for Patterson will go a long way to bolstering Rangers who aim for another SPL title this season.

Moreover, Patterson’s minutes were limited at Ibrox due to James Tavernier – a figurehead now for Van Bronckhorst’s Gers – being integral to the way Rangers operate. Over 200 games for Van Bronckhorst’s men doesn’t come about through sheer luck, his goal-scoring ability from full-back making him hard to dismantle.

All in all, the decision for Patterson to part ways with his boyhood club was amicable – Rangers arguably standing in the way of the young defender from fully flourishing by not playing him regularly. Yet, in flashes of brilliance under Steven Gerrard last season, Everton have signed a highly regarded youngster.

Making only 12 appearances in his time at Ibrox, Patterson has made a lasting impression in so few opportunities. Two goals from only a handful of appearances showcase Patterson’s desire to attack, his first for The Gers coming a matter of seconds after being introduced into a Europa League clash versus Royal Antwerp.

Receiving the ball after a Morelos pass through – Rangers gathering the ball after a to-and-fro with their Belgian opponents – Patterson ran through and slotted past the Antwerp keeper like a seasoned attacker. Slotting the opportunity into the far corner, Patterson’s impassioned celebration was a realisation of all his hard work paying off.

At Rangers since the age of eight, the run and finish saw an impassioned release – knowing he had made the step up from boy to man, from Academy Graduate to match decider with his goal allowing Rangers to coast to victory.

His goal-scoring ability, an eagerness to get in behind and advance his side further up the field might draw direct comparisons to other Scottish prospects in his position – the likes of Aaron Hickey springing to mind, alongside Calvin Ramsay making an impression with Aberdeen as a young advancing defender.

But, unlike Ramsay who is remaining loyal to his native Scotland and Hickey impressing in Italy with Bologna, the next step for Patterson is the Premier League. Will he succeed at an Everton side bitterly in need of some positive reinforcements?

Throughout his time with Rangers, the passion and hard work never left Patterson. Even in that cameo against Royal Antwerp, he came on and instantly make an impact when others might ease themselves into the contest fresh off the bench.

He also goes against the passivity dished up by Rafa Benitez’s Blues this campaign, he’ll be willing to get stuck in and fight Seamus Coleman all the way for a starting spot. Seamus Coleman hasn’t done anything explicitly wrong to see his spot taken away from him, but the Irishman has been far too comfortable in that right back spot for a 33-year-old not getting any younger.

Moreover, the flashes of brilliance Everton have served up this season have come from their younger personnel. Anthony Gordon has been a revelation this season, a boyhood Toffee making an impact much like Patterson’s loyalties with the Gers.

Two goals against Brighton for Gordon couldn’t save the Toffees from a 3-2 defeat, but he is a constant bright spark amidst the toxic environment at Goodison Park. The bold approach to signings worked in the summer for Everton, giving Demarai Gray another chance at the English game after his Bayer Leverkusen career fizzled out.

He’s showed the class that made him a hot teenage prospect with Birmingham, a late winner against Arsenal from outside the area a standout from his 15 or so appearances this campaign. A whole conveyer belt of youngsters are also emerging for The Toffees and showing some promise too, Lewis Dobbin oozing with energy when he was given a cameo in the Hull City FA Cup clash.

Jarrad Branthwaite also impressed in Everton’s unlikely 1-1 draw at Stamford Bridge in the middle of December, getting on the end of an Anthony Gordon set-piece to secure a smash and grab draw whilst also keeping tabs on the likes of Hakim Ziyech all night.

Everton aren’t afraid to give young, fresh talent a try so Nathan Patterson will find opportunities to impress right from the get-go. With Coleman now 33, the time is right for a changing of the old guard.

His fellow Premier League compatriots will know of Patterson’s promise, Patterson amassing six International call-ups with Steve Clarke’s Scotland. His knack for finding the net from a wing-back spot showed against Moldova, a ball over the top from Billy Gilmour found John McGinn who flicked it into the young Scotsman’s path.

Taking it down, he advanced past Moldovan shirts and rifled past Stanislav Namasco in the Moldova goal. Celebrating with Scotland captain John McGinn for the opener, Patterson also teed up Southampton’s Che Adams for the game-clinching second. Scotland’s national side are undoubtedly on the way up, Patterson the flag-bearer for young Scottish talent.

With his quick ability at being able to adjust in high-pressure scenarios – coming off the bench to instantly making an impact alongside starring on the International stage – Patterson’s next hurdle is showcasing this similar talent in the Premier League with a failing side.

He comes highly regarded from Ibrox, a big transfer tee above his head. Yet, if his past endeavours are anything to go by, he could well have the same career trajectory as the likes of Tierney and Robertson in adjusting to Premier League football with ease. Nathan Patterson – another example of Scottish talent rising to the top.