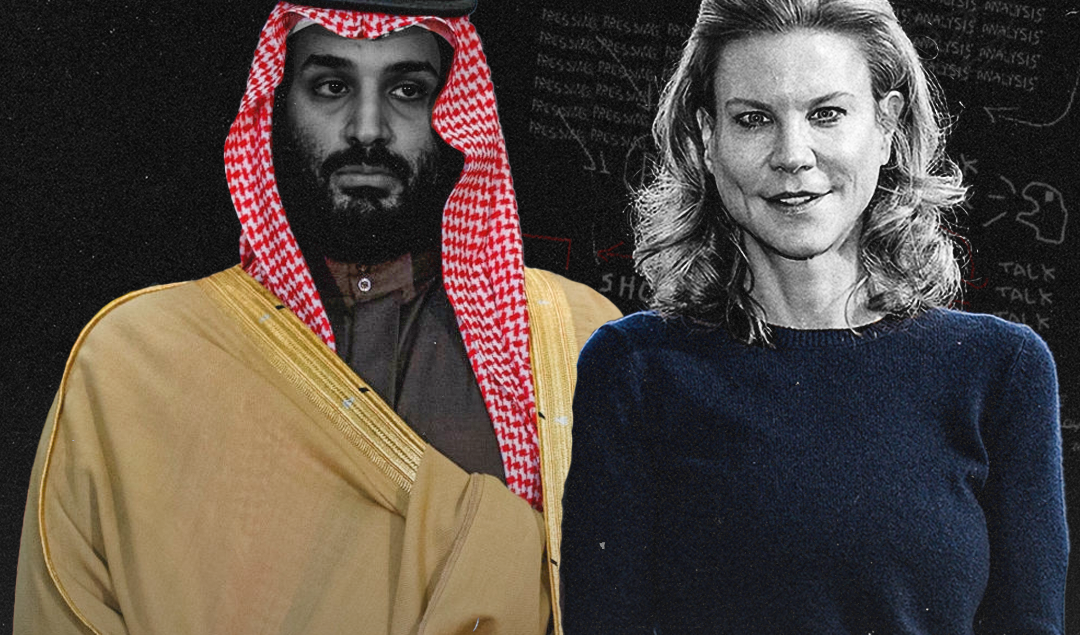 Newcastle rejoice at the prospect of new owners, but a dark cloud hangs over the new regime.

For well over a decade, Mike Ashley was seen as the enemy by Newcastle United fans. Lack of spending, lack of ambition and lack of commitment are just some of the charges levelled at the former Toon owner. Newcastle fans wanted nothing to do with him. A ruthless leader who had only his own interests in mind, not the clubs. After 13 unhappy years at the club, the Ashley era has come to an end.

Amanda Staveley, Mohammad Bin Salman and Yasir-Al Rumayyan are the people who have taken over the helm from Ashley. Staveley has a long history of acting as the public face of Middle Eastern Nations business ventures. Having played a role in helping Sheikh Mansour acquire Manchester City in 2008, Staveley has longed to be part of the ownership of a football club.

Newcastle United, the sleeping giant of the Northeast, has been the object of Staveley’s affection for a number of years. Twice before, Staveley has attempted to take over at Newcastle, the most recent being in 2020, and twice the deal fell through. A year ago, the Premier League blocked the takeover, because they believed that the PIF would play a significant role in the running of the club.

Last month, however, the Premier League removed their opposition to the change of ownership, paving the way for the takeover to take place. The Premier League stated that they have sufficient evidence that proves the Saudi Arabian Public Investment fund, worth over £300 billion, will play no role in club operations. This is despite the fact that Al Rumayaan is the governor of the PIF, and Bin Salman is the Chairman of the PIF.

To a certain extent, the fans’ joy at being taken over is understandable. A dour decade and a half of disappointment, containing two relegations and numerous mediocre mid table finishes, did nothing to enthuse the Tyneside faithful. The glory days of Alan Shearer’s heroics and Bobby Robson’s Champions League exploits, a distant memory.

When the takeover was complete, hypothetical ‘Football Manager’ style scenarios where the likes of Mbappe, Messi and Ronaldo donned the black in white stripes of Newcastle, ran rampant in the minds of supporters. It has been a long time since Newcastle United dared to dream. Finally, the club appears to be going places. However, this is not just a football issue.

Newcastle has become the latest vehicle for a wealthy Middle Eastern Nation to enhance their reputation through sport. Yet, the majority of Newcastle fans don’t seem to care. They viewed Ashley as a troublesome figure who used the club purely for his own selfish reasons. He didn’t represent the history of the club, the culture of the people, or the communities surrounding St James’ Park.

All this makes the celebratory scenes we witnessed outside St James’ Park even more baffling. Amid the jubilation, chants of “We’ve got our club back” echoed through the Tyneside night, the irony seemingly lost on the Toon faithful.

If this takeover had occurred 10 years ago, people could perhaps be forgiven for their lack of knowledge on the concept of ‘Sport Washing’. In 2021, no such excuse exists. Bin Salman isn’t the first to use football to cultivate good public relations. The Saudis are simply following a formula that has been laid out by their middle eastern rivals.

Piracy and Sportswashing: How the Arab Cold War Spilled into Newcastle

Abu Dhabi has turned Man City from being the other team in Manchester, to being THE team in England. Today, Dubai is one of the most popular tourist destinations in the world, owing much of its success to the positive image associated with Etihad and City.

Similarly, Qatar has transformed PSG into one of the true global football superpowers. Next year, the world cup comes to Qatar, a country in the desert with temperatures entirely unsuitable for chess, let alone high level football. The Saudi government simply wishes to use the Newcastle project, as a way to improve their reputation worldwide. They are merely using the club as a means to further their own selfish goals.

To say that Newcastle’s new owners have a chequered past would be a major understatement. The litany of human rights offences that occur daily in Saudi Arabia is well known. In isolation, these offences should have stopped the takeover from occurring.

Add in the lack of a free press and the horrific treatment of journalists in general.

And the lack of rights given to women.

And the lack of rights given to homosexuals.

And, well, you get the picture.

On Sky Sports, Gary Neville showed how hypocrisy wasn’t just confined to Newcastle fans. Speaking on Monday Night Football, Neville spoke about “Getting the Saudis to the table”, and how their human rights standards could be raised simply by association with the Premier League.

It’s incredulous that Gary Neville, the same man that single-handedly doomed the European Super League with his address to the nation style rants on TV not 6 months ago, believes this. Ranting about how the new elite league would kill the game, destroy communities and leave smaller clubs in the lurch, his rhetoric resonated with fans at home.

And yet, his position on the Saudi takeover is so much softer than his stance on the Super League. Why is this?

Stating her ambitions for the team, Staveley spoke of how she wants to get the club “Back where they belong”. Within ten years, Newcastle aims to be back on their perch winning the top division in English football, a position they haven’t held since 1955. Staveley wants Newcastle back winning trophies, which they haven’t done since 1955.

The Newcastle Takeover and the Territoriality Concept

The 3-2 defeat to Spurs ensured that this new chapter in Newcastle’s history began with a whimper. Newcastle’s owners observed the match stony-faced. Perhaps the magnitude of the task ahead to even keep them in the league, was finally hitting home.

The Toon faithful rejoiced at the announcement that a new manager would soon be at the helm. With Steve Bruce gone and Unai Emery seemingly committing his future to Villarreal, Eddie Howe is in talks with the club with a view of taking the top job. Regardless, whoever ends up in charge of Newcastle will have limitless resources at their disposal.

Should Newcastle avoid relegation, the chances are they will become one of the top clubs in England in the coming years. While the new manager will be walking into a tough situation, funds should be available in January to strengthen the squad and secure survival.

Bruce may be gone, but the Saudi Reign has only just begun.