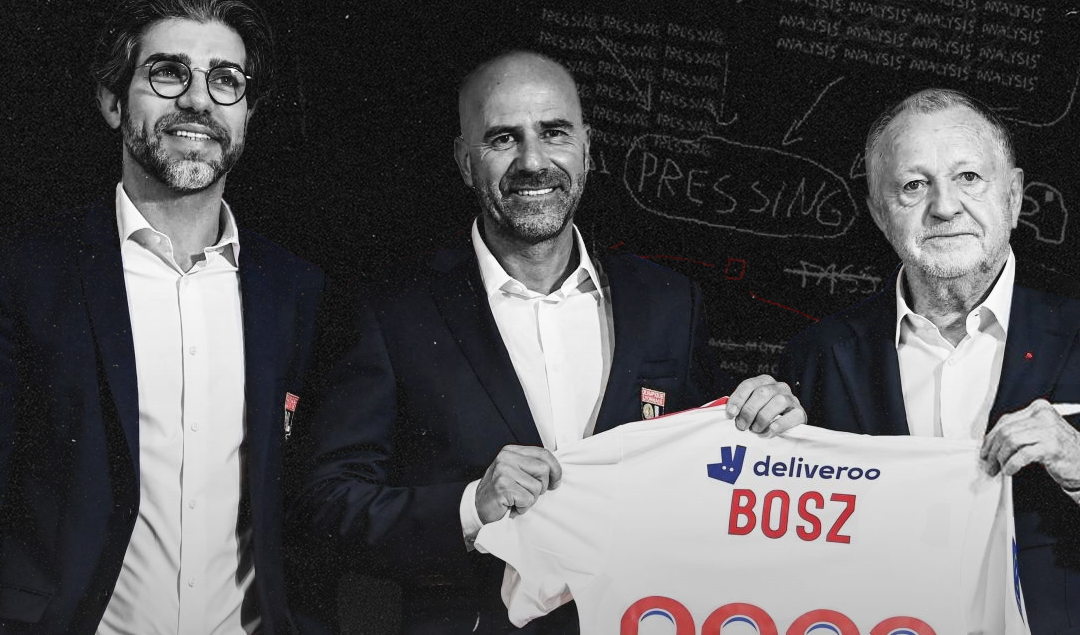 “You either die a hero, or you live long enough to see yourself become the villain.”

Seven-straight Ligue 1 titles, six French Supercups and a French Cup are sitting pretty on the mantelpiece at the Groupama Stadium and much of it down to club legend Juninho. The Brazilian has a free-kick compilation that’ll have your mother wondering what’s going on in your bedroom with all the oo’s and ahhing.

The dead-ball virtuoso, even that is an underestimate, earned the hearts of the Les Gones faithful; delivering unprecedented success during his time in Lyon. 100 goals, 72 assists and countless examples of wizardry has etched Juninho a place in Olympique Lyonnais folklore.

But, since he was appointed the club’s sporting director in May of 2019, the club has entered into a downward spiral that doesn’t look like it’s letting up. Arrogant transfer dealings and on-field embarrassments have become a regular occurrence in the Juninho era as patience with the genius is starting to run thin.

In the present day, Lyon are crumbling. On the pitch, performances haven’t quite been the same since Bruno Genesio’s departure. The dressing room? Accurately resembles the atmosphere of a Year 9 detention; stinking attitudes, sulking and sporadic giggles.

Juninho’s first job after his appointment was to replace the well-respected Genesio following his four-year stint with the club. He fell at the first hurdle by appointing former Brazilian teammate, Sylvinho. The appointment of the Brazilian started the influx of Brazilian talent brought to the Groupama Stadium as Juninho bleeds dry his links to the Brasileiro Serie A. Juninho gifted Sylvinho his first role in management, certainly raising eyebrows amongst French media.

The experiment failed before it truly got going. Lyon flew out of the blocks with two impressive wins but won once in their next nine. Sylvinho faced the chopping block and was booted out after just two months into his first season. Let’s mark that one down as trial and error.

The fault lied with Sylvinho’s clear lack of experience, so what does Juninho do? Bring in the heavily experienced Rudi Garcia. Nicely done; you’re learning. Not a popular decision amongst the Lyon faithful but I suppose the seven Ligue 1 titles offers you a little bit of leeway with the supporters.

Results marginally improved in the league and their Coupe de France run gave Lyon supporters their only joy of the season. The pandemic halted the league in March and was decided on a ppg basis. Lyon would finish in 7th, their worst finish since 1996/97.

With pressure building and pitchforks at the ready what better way to diffuse the tension than a glittering cup run. Lyon’s 2019/20 Champions League was a smokescreen if there ever was one. Lyon’s two-legged tie against Cristiano Ronaldo’s Juventus would stretch 7 months. Lyon edged the first match 1-0 and held on with grit and violence at times to see off the favourites.

A week later and a Moussa Dembele double saw Lyon knock off another contender in Manchester City. Everything was coming up Juninho. Until the eventual winners, Bayern Munich would brush past them in a 3-0 wipeout. However, reputation and faith were restored. Garcia received a little love, the players played out of their skin and a title charge was well and truly on the cards for the 2020/21 season.

Fast forward into 2021, Lyon sat atop the Ligue 1 table at the halfway stage. Skip again and with 45 minutes of the season remaining, Lyon were clinging on for a Champions League spot. They let go. Lyon failed to qualify for the Champions League, Garcia acrimoniously departed and poster boy Memphis Depay’s contract was up.

The off-field antics surrounding Juninho at Lyon is where the depravity of their situation begins to become transparent. Speaking with L’Equipe in May, Garcia spoke of the animosity between the pair and the issues working with the cult hero.

Juninho seemed distant with Garcia by November, he developed problems with Bruno Cheyrou (Head of Recruitment) and locked horns with Vincent Ponsot (Director of Football). Garcia’s predominant problem with Juninho, however, was his involvement with the squad.

For a manager, the starting eleven is his baby. His power trip. Meddling with the lineup only cranks up the tension, as the pair found out. Garcia noted that “when the Brazilian recruits weren’t playing, he wasn’t happy. He would have preferred to win with his players.” Juninho has recruited eight Brazilians during his time so far at Lyon.

Even when times were good on the pitch, Garcia threatened to leave during the winter break. “It is not possible to continue like this. I will leave the keys to him if he wants them,” recalling what he said to Ponsot.

Garcia claims that Juninho favoured South American talent and would oft go behind his back chatting to players and allowing criticism of him and his tactics. On one occasion, Juninho authorized Jean Lucas to go back to Brazil despite Garcia wanting him for the matchday squad. If it hadn’t been for Aulas’ intervention, matters would’ve gotten much worse.

Peter Bosz’s selection as the new head coach hasn’t done him many favours either. Despite the appreciation for his tactics and style, his track record isn’t glamourous. He’s been sacked from his last two jobs (Dortmund and Leverkusen) and his stock is at his lowest since he emerged on the scene with Ajax.

Angst is beginning to rise between the sporting director and Bosz already. The Dutchman is said to be less than impressed with the lack of transfer activity, especially with the departure of his fellow countryman to Barcelona. The Depay deal, or lack of it, sums up the glaring problem with Juninho’s time as sporting director. His arrogance during transfer dealings and impulsive decision making has hurt Lyon’s pockets in more ways than one.

Arriving on the scene in his suit and specks in May of 2019, he came into a  tumultuous summer for Lyon in the transfer market. He sanctioned the sales of Tanguy Ndombele for lucrative fees (garnering up to £100m for the duo). Lucas Tousart’s fee to Hertha Berlin came up a tad short in comparison to his asking price the summer before and the real bitter pill was Nabil Fekir’s measly sum of £18 million.

Touted as a £50m man in response to Liverpool’s inquests, the move eventually broke down due to a failed medical and the pictures of Fekir in a Liverpool shirt live on in the realm of OutOfContextFootball. One summer later and he’s sold for a car boot sale figure to Real Betis.

Arriving at the Groupama that summer was Jeff Reine-Adelaide, Joachim Andersen, Thiago Mendes and Bruno Guimares as the notable names – for a combined fee of £103M. The hefty losses during the pandemic no doubt affected spending and bringing in more Brazilian recruits as the following summer saw just the one Brazilian make his way to the Rhone club.

The most successful Brazilian of the lot, Lucas Paqueta, has starred so far in Lyon and adequately replaced the absence of Fekir in midfield. The signings of Paqueta and Guimaraes have proved to be good deals, but the success rate of his purchases are few and far between.

Resentment is brewing to an all-time high amongst those who line the seats at the Groupama Stadium. Much of it down to the departure of Memphis Depay. The man who revived his career at Lyon scoring 76 goals in 178 appearances allowed to waltz out the door as he entered his prime. Had Juninho handled the Dutchman’s contract, Lyon would be looking at profits of over £45m. The bank statements read £0.

That was in the summer. Three games into the new season and the dressing room is in tatters. The arising friction reached boiling point following Lyon’s 3-0 defeat to Angers last Sunday. Excrement hit the proverbial fan and Juninho pressed the nuclear button. As per French media, Rayan Cherki, Islam Slimani, Maxwell Cornet, Thiago Mendes and Houssem Aouar have all been placed on the transfer list in the hope of cutting out the multiple dressing room tumours.

Primarily, attitude problems have been cited as the reason for their discarding and these allegations have been backed up by Bosz. His players are “doing their own thing” and “he didn’t see a team that wanted to win.” Bosz has walked into the captaincy of a sinking ship with a mutinous crew.

Bosz’s first port of call was making Marcelo walk the plank. Despite signing a brand spanking new contract in March for a further two years at the Groupama Stadium, the Brazilian has been thrown overboard with no remorse. The rumours have been circling as to the cause for his swift exit with a catastrophic performance, an altercation with teammate Cornet and grinning during the team’s post-mortem last Sunday.

Marcelo’s actions and the way Juninho rashly dealt with the defender sum up the situation Lyon finds itself in. A growing disconnection with the fans, bleak performances, a dressing room divide and financial mismanagement all caused by the once patron saint of Olympique Lyon.

Lyon are embarking on a turbulent path when they should be tailing onto the success of Paris Saint-Germain. The club is rumoured to be up for sale as Aulas’ tenure of 34 years could be coming to an unfortunate bitter end. Lionel Messi’s arrival may have altered his thinking but with the increasing loss of capital from TV deals, the pandemic and missed opportunities in selling their best assets the door looks to be ajar for his exit.

If Aulas does sell the club then Juninho’s place among the club’s hierarchy will cease to exist and their fortunes may start to turn, but until Juni is sent packing the crisis will continue. The poetic nature that surrounds Juninho’s place within the club and the damage he’s inflicted since returning is undoubtedly hurting his legacy. Unknown to the icon was the journey of his first chapter, the sequel appears to be the tale of the heroes’ descent into madness.