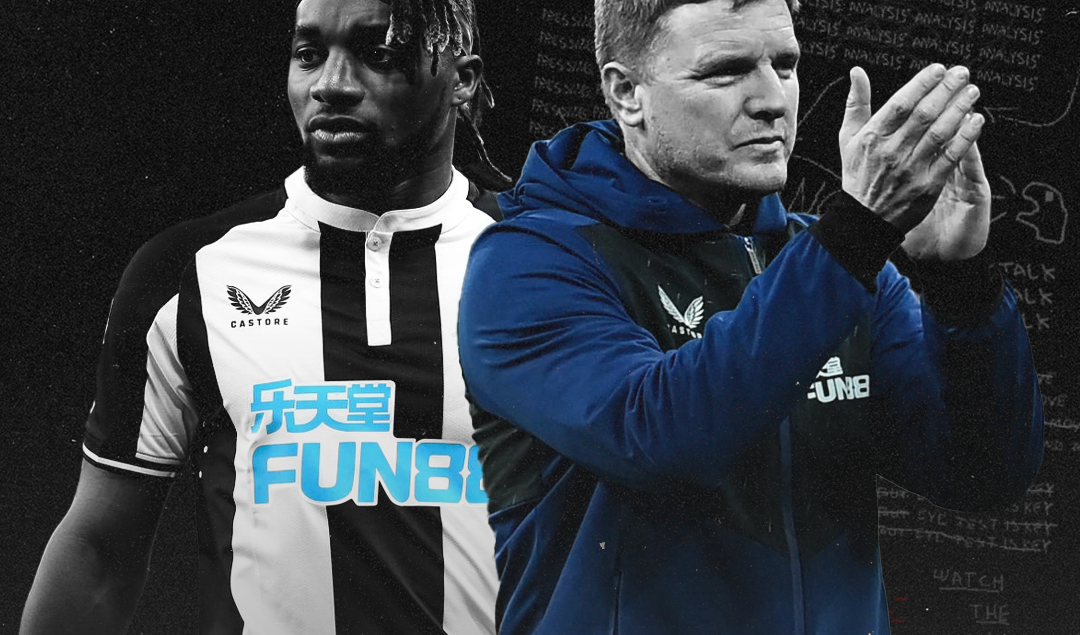 Newcastle’s 2021–22 Premier League campaign appeared to be in shambles; after 7 disappointing matches, Newcastle sat 19th in the table, accumulating only 3 points from draws without a single win.

With the October international break fast approaching, the club’s future in the top-flight seemed hopeless, and a season-long relegation battle loomed overhead. However, on October 7, 2021, the script completely flipped: the Saudi Arabian Public Investment Fund had finally taken over at Newcastle after months of speculation.

Hundreds of outlandish transfer rumors flooded in, with the likes of Kylian Mbappé and Antoine Griezmann linked to the club. Longtime manager Steve Bruce was eventually sacked after a 3–2 defeat to Tottenham Hotspur, with former Bournemouth manager Eddie Howe replacing the Englishman several weeks later.

Yet, roughly halfway through the season, Newcastle remain in 19th place, having conceded the most goals along with Norwich City with 42; moreover, in the 12 matches since the takeover, Newcastle have only picked up an additional 8 points. Still, signs of tactical improvement and the January transfer window could force a narrow escape from dreaded relegation.

Newcastle entered the new season with a relatively idle transfer window, apart from the signing of Joe Willock from Arsenal after a loan spell in which the midfielder scored in a record 7 consecutive fixtures. Numerous bottom-half finishes meant that expectations were low for the Magpies, although fans could not have envisioned the abomination that followed.

As of now, Newcastle have only kept 1 clean sheet whilst maintaining only 37.9% possession on average, ranking dead last in the league. 16.8 expected goals marks the club as the second-worst attacking team, just above a lackluster Burnley side with 4 games in hand. Not to mention, £40 million signing Joelinton has scored just once, and star striker Callum Wilson is nowhere near his 2020–21 form.

Instead, Newcastle have often relied on winger Allan Saint-Maximin’s individual brilliance to cure the club’s goal droughts. Acquired from French club Nice in 2019, Saint-Maximin is capable of single-handedly tearing up defenses, and his lethal end product means that he is capable of putting Newcastle’s entire frontline on his back.

Under Steve Bruce, Newcastle were inefficient in pressing, poor in possession, and lacking a creative spark. Players were consistently being played out of position in constantly changing formations, and it was only a matter of time before the club pulled the plug on Bruce.

New manager Eddie Howe has not had a smooth return to the Premier League, with his side continuing to disappoint on a weekly basis. A 4–0 loss to Leicester City, followed by a 3–1 loss to Liverpool and another 4–0 loss to Manchester City are further evidence of Newcastle’s inability to compete against top teams in the league.

Despite such performances, a 1–1 draw against Manchester United to end the year showed promising signs. Howe shifted forward Joelinton to a left midfield position, where he experienced significant improvement upon his previous form. This change pushed Howe to switch from a 4–4–2 to a 4–3–3; with Joelinton moving into the midfield, Wilson, Saint-Maximin, and Ryan Fraser became the new front-three.

Howe’s alterations have yet to bear fruit, although a favorable run of fixtures against Southampton, Watford, and Leeds United could mark a turning point for Newcastle. More positive build-up play, actual patterns of passing, and a well-organized structure are signs of improvement, but the squad itself lacks quality apart from several individual sparks.

With the January transfer window right around the corner, Newcastle’s new owners can begin their work in the transfer market with the club’s newfound injection of wealth. Links to players from across Europe have already arisen, and Howe will be looking to strengthen his squad for the relegation scrap ahead.

Piracy and Sportswashing: How the Arab Cold War Spilled into Newcastle

Barcelona’s Ousmane Dembélé has refused a new contract, and the winger is now free to sign with any club on a free transfer in the summer. Despite his alarming injury record, Dembélé’s talent is evident, and a change of scenery to Newcastle could revive his declining career.

While the Premier League’s physicality may hinder Dembélé’s development, a duo of Saint-Maximin and Dembélé down the wings would be deadly on the break.

Under the London club’s new manager Antonio Conte, the trio has failed to impress with their disappointing form, and a potential loan move or cut-price transfer would suit Newcastle with their lack of appeal to top players.

Atlético Madrid’s Kieran Trippier is also highly coveted by Howe, who would slot in at right-back for the Magpies. While the Englishman has been a mainstay for the struggling Spanish club, he has repeatedly mentioned his desire to leave amid transfer rumors.

Slowly but surely, Howe has been molding Newcastle into a true Premier League team, with their inspiring performance against Manchester United indicating a turning point in their season. The January transfer window will be decisive for Newcastle, as the success of acquisitions will likely be the difference between safety and relegation.

“For whatever club you’re in control of or in charge of, for me, you take that responsibility deeply,” Howe mentioned. “You just want to do everything in your fiber to bring success to the people connected with the club.”