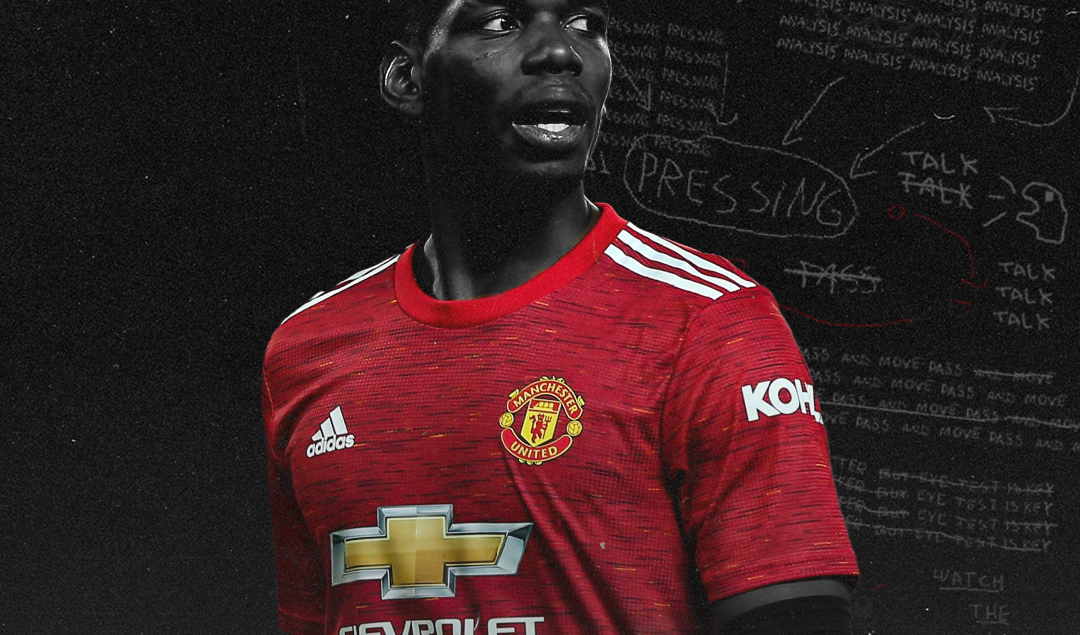 It’s summer 2016, and Manchester United social media admins have just posted a video featuring Stormzy and their new signing with the words ‘POGBACK’. As a United fan, it was probably one of my most exciting signings in a long time.

Despite the world-record transfer fee, tying Paul Pogba down to a six-year contract seemed that the road to glory would be back. After all, that is what would be expected when you spend £89 million on one signing. 6 years later, two trophies and a load of drama following, it seems this chapter of the story is now finished.

Pogba joined United in 2016, after 4 years in Serie A with Juventus tallying 178 appearances, with 34 goals and 40 assists. Despite recording higher numbers with United, Pogba won multiple league trophies in Italy; something he struggled to help deliver at Old Trafford.

Rejoining a rebuilding team in 2016 with Jose Mourinho in the dugout, Pogba and the team won the Europa League and EFL Cup that season, the only two trophies won in his six-year tenure. The questions of inconsistency and unprofessionalism arise, but the true debate is where did things go wrong? Did the club management and structure fail Pogba or did they both have a part to play in it?

Earlier this year in an interview with Le Figaro, Pogba made a statement regarding the inconsistent positions and formations he is forced to play in at United. In his six-year tenure, Pogba played in DM, CM, LCM, RCM, CAM and as a false nine most recently under Ralf Rangnick.

“Here (with France), I have a lot more playing time, the system is different than with my club. In fact, it is simple, with Les Bleus, I play, and, on top of that, in my position. I know my role, I feel the confidence of the coach, the players. It is normal, to feel this difference with Manchester United, because it is difficult to be consistent when you change position often, also the playing style or who you are playing with.”

In these positions, he has also played with various partnerships, with Marouane Fellaini in a deeper midfield position in his first season, with Michael Carrick and Ander Herrera in his second, followed by partnerships or trios including Nemanja Matic, Scott McTominay, Fred, Andreas Pereira and Jesse Lingard.

The Frenchman’s first season at Old Trafford saw him finish with nine goals and six assists in 51 appearances as United would win the League Cup and Europa League. The 2016/17 season saw him play between two positions, LCM and a double pivot, and win the UEFA Europa League Player of the Year, with LCM arguably being his favoured position.

The drama and fallouts slowly followed as Jose Mourinho went on to call him a virus, stripped him of vice-captaincy and disintegrated him from the lineups. However, Jose’s sacking in the 2018/19 season and Ole Gunnar Solskjaer coming in as a interim coach saw, what I feel, was Pogba’s best season in a United shirt.

Playing in a slightly higher role, Pogba went on to finish the season with 16 goals and 11 assists in all competitions. Not only that, it was his highest tally in terms of minutes played, touches, chances created, passes and goal involvement since his first season at the club.

He also went on to finish the season as United’s top goal scorer, in a season that proved difficult after a UCL knockout. After finishing the season, I saw hope and some glimmer that United were finally getting the best out of him.

Jose Mourinho and Paul Pogba, the collapse of their relationship (2018/19) The next three seasons, were anything but that. The inconsistency of formations and trios or partnerships returned, with Pogba playing across different midfield positions, spending less than 30% of his playing time in his preferred position of LCM, where he flourished.

He spent a significant time in a partnership playing deeper, resulting in dispossessions and some penalties given away; his defensive incapabilities being demonstrated right before our eyes. Injuries and Covid hit, with lockdown football giving Pogba the opportunity to prove himself again in his preferred position.

United finished second that season, Pogba finished the season with 42 appearances, but nowhere to the standard that he showed in 2018/19. He went from missing 17 games in 3 seasons because of injury, to missing 40 games in one season (2019/20).

Questions can be asked about his fitness, or lack of, but also the Manchester United coaching staff and the reluctance to firmly make decisions surrounding injured players.

This can also be argued with Marcus Rashford under Ole Gunnar Solskjaer, who played through a shoulder injury for two seasons, which has now been rectified but has heavily impacted his ability in the 2021/22 season.

Another question asked around Pogba’s time at United is whether he and Bruno Fernandes can play together. Both started as two false 9’s vs Man City this season, a move by Rangnick that was questioned, and criticised.

The start of the 2021/22 season saw Pogba begin in his best position, the left of a midfield 3. It is here that he had 4 assists in the Leeds 5–1 win, and another 2 vs Southampton.

It seemed like a corner was turned and Pogba would finally get the chance to assist a world-class scorer, given the number of chances that were thrown away by Zlatan Ibrahimovic in his only season in a Utd shirt, or Romelu Lukaku, who Pogba could’ve easily accumulated 10+ assists from alone.

Pogba finished the 21/22 season, his last season at United, with 1 goal and 9 assists in 27 appearances. A season impact with managerial changes and injuries, and an ear cupping at Old Trafford after being booed vs Norwich.

Whilst some coaches have easily gotten the best out of Pogba, Antonio Conte at Juve and Didier Deschamps for France, it can also be said that the quality of partners in both situations is a big difference. To go from playing with Andrea Pirlo and Arturo Vidal and N’Golo Kante and Blaise Matuidi, to playing with Ander Herrera and Marouane Fellaini or Scott McTominay and Fred, is a massive downgrade.

Defensively, Pogba’s flaws have always been obvious, and it has been more apparent when he starts in a deeper position. The most difficult experience in a red shirt for Pogba, in my opinion, hasn’t been playing different positions, or with different partners, or with a different manager.

Where Did It All Go Wrong for Anthony Martial at Manchester United?

The most difficult part has been trying to win over supporters. Pogba recently opened up in an interview about the difficult times he has endured at United, the mental health issues he has encountered and the criticism becoming overbearing.

This, combined with being booed in his final home game at Old Trafford, a home robbery, ex-players’ comments, is something people should not have to endure simply because they were bought for a record fee (in 2016).

Being booed by United fans is not something he is new to, encountering a similar altercation at the end of 18/19, when he finished with 16G/11A’s, Pogba was booed and heckled by fans at Old Trafford at the last home game, and Herrera was applauded for ditching the team on a free transfer to go and sign with PSG.

Sometimes it confuses me. Fans have every right to be disappointed and critical of players, to expect the best from their players, but we have seen the same story play out again this season.

Fans applaud Edinson Cavani, for missing many games this season, not reporting back to training in time after international duty, and for faking injuries, but it is Pogba who has been booed when he did not decide his price tag, when he left a thriving Juve team to return to Old Trafford.

People label him as a money-grabbing mercenary when he is the 5th highest earner in the club, and Cavani earns a mere £40k less than him. Another contributor to the hate and criticism Pogba has received in his six years in the Premier League, is pundits and their comments.

Sky Sports allow Graeme Souness to relentlessly rip into Pogba every opportunity he gets, with Martial and other non-English players also bearing the brunt of said criticisms. Sometimes, the logic behind the criticism deserves to be discussed.

Ryan Giggs commented on Pogba’s recent Instagram story before United vs Arsenal back in January 2020. This Instagram post? A video recording of Quran recitation — it is no secret that Pogba is a devout Muslim. Giggs went on to criticise this post and said that Pogba should ‘do his talking on the pitch’.

Many people, including myself, questioned what the correlation is between the two. Off-pitch contributors haven’t been easy on Pogba, aside from fans, Pogba’s family was recently a target for a home robbery where items, including his 2018 World Cup medal, were stolen.

This happened as United played Atletico Madrid at Old Trafford, the last time we will see Pogba in a United shirt in the Champions League. This, alongside other reasons, did not shock me when news started to surface about Pogba looking at his contract options elsewhere.

Reports also suggested that Pogba was offered £500k per week from United, making him the second-highest earner after Cristiano Ronaldo. No matter how much money, money cannot buy mental well-being, something Pogba has opened up about during his time at United.

It is now June 2022, and Pogba is set to leave Manchester United on a free (again), finishing his time with 90 G/A’s contributions over 226 and two trophies. Where he goes next, it is still unconfirmed but he has been linked to returning to Juve or teaming up with his fellow Frenchmen at PSG.

I can only wonder what if? What if Pogba had the opportunity to have stable partners, like his time at Juve, or management staff that did wasn’t followed by drama or dressing room leaks? Could Pogba could have done better?

His UCL knockout appearances for United were underwhelming, his injury concerns over the past three seasons have been a struggle. It will be no surprise, wherever Pogba goes, he will succeed in the last few years of his prime.

The fault lands on both sides, for Paul Pogba, his agency team who published consistent stories in the press via interviews, and the club’s instability and board. But hopefully, this can be a lesson for United; allowing an £89m signing to leave on a free after failing to achieve success consistently.

This is further proof that Manchester United’s transfer methods need to be revised, which will hopefully be done in the club’s new era under Erik ten Hag.