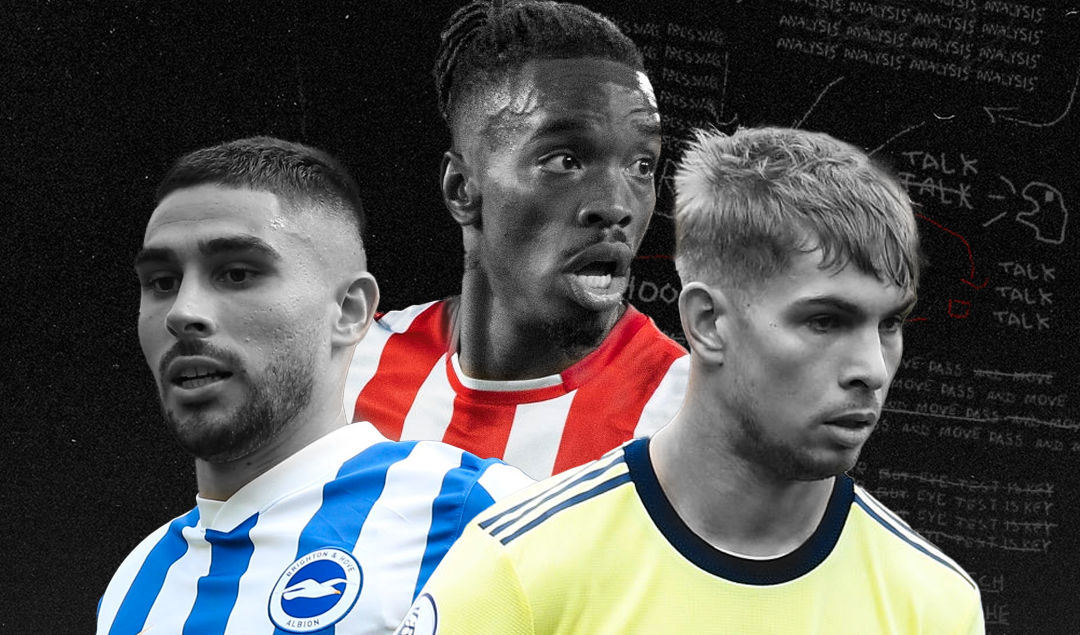 We’ve barely had a chance to catch our breaths after a pulsating week of European football, and yet, the Premier League is already around the corner. Matchday 7 kicks off on Saturday morning in what will be the final assortment of domestic football before October’s international break, as Everton pay a visit to Old Trafford.

After back-to-back defeats against Aston Villa and QPR, Everton got back to winning ways last weekend with a 2-0 win against Norwich City via goals from Andros Townsend and Abdoulaye Doucouré. Rafa Benítez will be forced to deal with several key absences such as Richarlison and Dominic Calvert-Lewin, although Jordan Pickford is expected to overcome a niggling shoulder injury and start in goal.

On the other hand, Manchester United have served up various drab performances in recent weeks, being eliminated from the EFL Cup by West Ham and losing 0-1 to Aston Villa via a late goal from Kortney Hause. They looked headed for another defeat against Villarreal after Paco Alcacér opened the scoring for the Yellow Submarine, only for a superb volley from Alex Telles and a clutch winner from Cristiano Ronaldo to lead them to a comeback victory.

Ole Gunnar Solskjaer found himself outmatched by Unai Emery for most of the game, but it is undeniable that the substitutions of Edinson Cavani, Jesse Lingard, Nemanja Matić, and Fred helped turn the tide in the Red Devils’ favor. As the Toffees attempt to win at Old Trafford for the first time since December 2013, expect Solskjaer to change things up in order to give United a fresh new approach and a strong result at home.

For the first time in Thomas Tuchel’s reign in charge, Chelsea look stale, ineffective, and playing below their potential. The Blues kicked off September with a 3-0 win over Aston Villa — a scoreline that flattered their performance — before scraping past Zenit and Aston Villa in the league and thrashing Tottenham thanks to a supersub performance from N’Golo Kanté and another resolute defensive display.

However, the past week saw Chelsea lose back-to-back matches against Manchester City and Juventus, with the Blues registering one shot on goal across the two fixtures. Despite this, Premier League odds have Chelsea as +260 to win their first league title in five years, but they’ll need to find a way to bounce back against a Southampton side that has proved a tough cookie to crack.

Ralph Hasenhuttl’s side have drawn against Manchester United, Newcastle, West Ham and Manchester City but are yet to pick up their maiden league win of the campaign. Whilst Saints are currently hovering above the relegation zone by a point, they are unbeaten in three at Stamford Bridge and will be looking to take advantage of the absences of Reece James, Christian Pulisic and Kanté and muster a point against the European champions.

Southampton plummeted to 16th in the league after narrowly losing to Wolves on Sunday, as Raúl Jiménez received a long ball from José Sá, left Jan Bednarek and Mohammed Salisu in his dust and converting from close range to score his first goal in 366 days. Wolves host Newcastle at Molineux, who will also be looking to pick up their first win of the league campaign under Steve Bruce and avoid slipping into the relegation zone.

After an impressive return to the Premier League under Marcelo Bielsa, Leeds United’s form has fallen off a cliff with the Whites taking just three points from their first six games and sitting in the relegation zone after relinquishing an early lead against West Ham and losing 1-2 as Michail Antonio continued his tremendous form and punished Leeds’ leaky defense.

Watford have mounted a pleasantly surprising, if not unspectacular start to the campaign under Xisco Muñoz with two wins, one draw and three defeats. One player who could be included in the starting line-up is Ozan Tufan, who, after a promising cameo against Newcastle that saw him create a whopping four chances, could very well to prove to be the missing piece in midfield for The Hornets.

We round out the lunchtime fixture with a match between the bottom-placed and second-bottom team in the league as Burnley host Norwich City at Turf Moor. The Clarets have not won in the league since May 10 but came achingly close at the King Power Stadium, taking the lead on two separate occasions and nearly scoring a 95th-minute winner via Chris Wood, only for the goal to be ruled out due to VAR.

Sean Dyche will be forced to deal with a mini injury crisis with Maxwel Cornet, Jay Rodriguez, Kevin Long, Connor Roberts and Dale Stephens likely to miss the clash. Having failed to pick up a single point at the Premier League level since February 2020, the Canaries won’t have many better opportunities to do so than this trip to Burnley.

We close out Saturday’s action with a mouth-watering match-up between Arsenal and Brighton. After a mediocre start to the campaign, Arsenal have managed to hit their stride over the past month with wins over Norwich City, Burnley and AFC Wimbeldon in the cup, but arguably the strongest performance of the Mikel Arteta era came on Sunday as the Gunners ripped Tottenham to shreds and dominated them from start to finish en route to a 3-1 victory.

Brighton were unconvincing on Monday but nevertheless managed to escape Selhurst Park with a point as Joël Veltman deflected Vicente Guaita’s goal kick over the top of a switched-off Crystal Palace and into the path of Neal Maupay, who did magnificently well to volley it over the Spaniard with his first touch. The result means that Brighton are level on points with Everton, Manchester United, Chelsea and Manchester City and just one point behind league leaders Liverpool.

It also means that Palace, having allowed three vital points to slip away from their grasp in the M23 Derby, currently sit three points above the relegation zone in 15th, and one point behind Leicester City. After narrowly escaping with a draw at home against Burnley, Leicester were beaten by Legia Warsaw in Poland as Mahir Emreli outmuscled Daniel Amartey and fired in the sole goal of the match.

It has been a wretched September for Nuno Espírito Santo’s Tottenham, who, after back-to-back losses against Crystal Palace and Chelsea, suffered a third straight humiliating defeat to a London rival in the North London Derby. Nuno’s Manager of the Month award seems more like a punchline rather than a legitimate cause for legitimacy, and a defeat to the Villans would surely mount even more pressure on the Portuguese manager.

The past two fixtures between the two sides saw the away side come out on top, and Dean Smith will surely be hoping that this pattern holds. His switch to a three-man backline has seen Matty Cash and Matt Targett enjoy far greater freedom in the final third, with both wingbacks charging forward and combining with the team’s strikers. The two have the potential to cause Japhet Tanganga and Sergio Reguilón all kinds of trouble.

West Ham have enjoyed a strong start to the season under David Moyes and head into their match against Brentford on the back of three consecutive wins including a 2-0 win over Rapid Wien to maintain their perfect Europa League record. The magic of their dramatic late victory against Leeds was perhaps only surpassed by Brentford, who clawed their way to a 3-3 draw against Liverpool via goals from Yoane Wissa, Vitaly Janelt, and Ethan Pinnock.

Liverpool bounced back from their draw with a dominant 5-1 victory at the Estádio do Dragão, and they can head into the international break as the sole leaders of the Premier League with a win against Manchester City. City registered 18 shots, 7 shots on target and 55% possession against Paris Saint-Germain, but they were nevertheless defeated by two goals from Idrissa Gana Gueye and Lionel Messi, as well as a monumental performance in goal from Gianluigi Donnarumma.

The clash between the past two Premier League winners is undoubtedly the match of the weekend, with the Reds in sole occupation of first place with 14 points from their first six games. The last fixture between the two saw City take a 4-1 victory at Anfield via goals from Raheem Sterling and Phil Foden and a brace from Ilkay Gündoğan; Liverpool have won just one of their past seven league matches against the defending champions.

Jürgen Klopp’s side are unbeaten in their last 10 matches at Anfield and have scored three goals or more in their past six matches, but they’ll be going up against a City side that delivered a defensive masterclass against Chelsea last weekend and that have not conceded in the league since August 15. What’s more, they’ll have to face the Citizens without star right back Trent Alexander-Arnold as well as Thiago Alcântara and Harvey Elliott.

On the other hand, Pep Guardiola will be without Gündoğan, the unexpected hero of last season’s win at Anfield, whilst John Stones and Oleksandr Zinchenko are also unlikely to make the trip to Liverpool. Expect the Catalan manager to make a few changes to the side after their loss to PSG, with Phil Foden and Gabriel Jesus both tipped to return to the starting line-up after coming off the bench in the Parc de Princes.