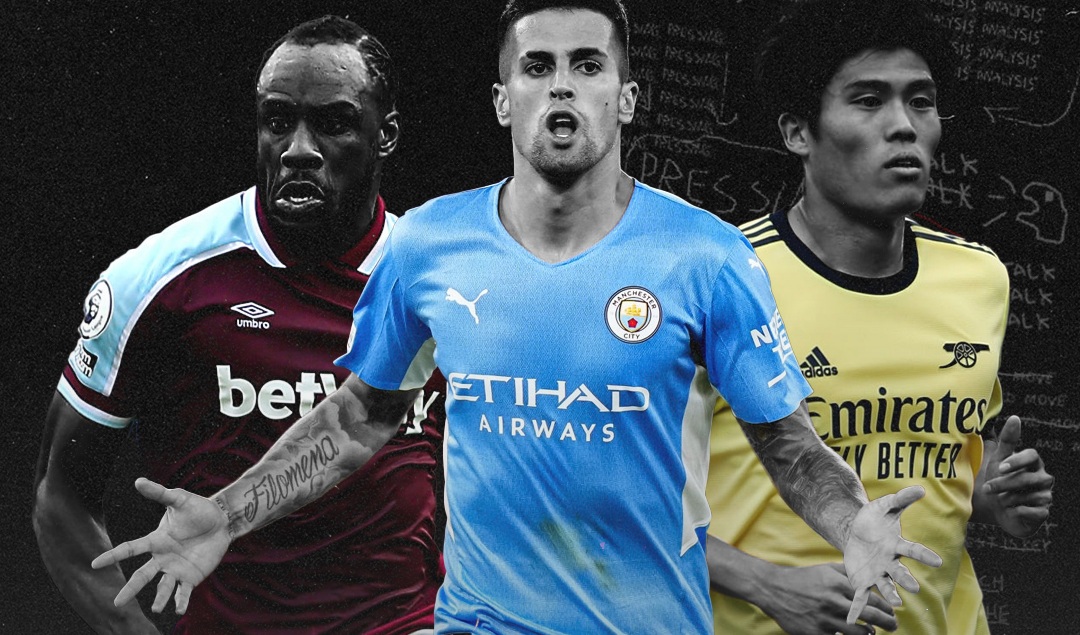 It’s fair to say that Matchday 6 of the 2021/22 Premier League season lived up to expectations, as Arsenal demolished an incoherent Tottenham side, Brighton snatched a late draw in Selhurst Park in the M23 Derby via a goal from Neal Maupay, continuing to defy expectations and sit pretty in the top six. Norwich City continues to sink further and further into the relegation zone, and with 16 straight league defeats, the excuses are running out for Daniel Farke.

Brentford have emerged as one of the pleasant surprises of the early weeks of the Premier League campaign, putting Liverpool under pressure with a daring and attack-minded game plan and taking a 3-3 draw, whilst Wolves defeated Southampton via a superb individual goal from Raúl Jiménez. Manchester City thoroughly dominated Chelsea in a rematch of the Champions League Final with a 1-0 win — a scoreline that flattered Chelsea — with Pep Guardiola’s side putting in arguably the finest defensive performance since the Catalan took charge of the Citizens.

Warning: this team of the week contains: a center back who scored his first Premier League goal in his first shot, a goalkeeper who’s equally capable of stopping surefire goals as he is providing them with pinpoint passes, and a striker who, after a lengthy spell on the sidelines, has reminded us why he is one of the deadliest strikers in England when he has his confidence back. We will set up the team in a 5-3-2.

The six saves and the nearly 0.6 post-shot xG prevented by José Sá can only be eclipsed by the Portuguese goalkeeper’s world-class assist to Raúl Jiménez, with the Olympiakos man booting it long and providing the assist for the sole goal of the game. More than anything, Sá transmitted the sensation of dominating every single of the shots he faced against the likes of Che Adams and Adam Armstrong.

To start our back three, we begin with Takehiro Tomiyasu, who played his second home match in Emirates Stadium against Tottenham as Arsenal took a 3-1 win. The Japanese defender was fundamental for Arsenal to play comfortably in the opposing half, constantly providing width and a secure passing option to Thomas Partey, Bukayo Saka and Martin Ødegaard, and consistently nullified Heung-min Son’s attacking transitions, although he was unable to prevent the South Korean’s consolation goal.

Going up against a red-hot Brighton attack, Joachim Andersen delivered a dominant performance against Neal Maupay and Danny Welbeck and won every single duel that he participated in. Apart from nullifying the Brighton duo, the Danish defender completed 61 passes, 7 long balls and one key pass. While they will be kicking themselves to let the three points slip away, they wouldn’t have achieved a draw had it not been for the performance of the ex Lyon man.

After gradually working his way up the English footballing pyramid, Ethan Pinnock has become an indispensable cog in Brentford’s defense at 28 years of age. After nullifying Adama Traoré in the prior weekend, Ethan Pinnock completed a superb performance against Mohammed Salah, who, despite scoring, found his influence limited in Liverpool’s attack. With 11/11 passes completed, 4/4 duels won and 5 clearances, Pinnock put the cherry on the top with his first goal in the Premier League.

In the crown jewel of the weekend’s entertainment, Manchester City completely steamrolled Chelsea from start to finish thanks to a dominant performance from Rúben Dias, who consistently pushed up from his original position to limit Romelu Lukaku time and space on the ball and prevent Chelsea from creating danger in behind City’s high line. Dias’ partnership with Aymeric Laporte was perfect, with each player knowing when to push up, when to track back and cover the player making the third-man run, and holding the Blues to a clean sheet.

The final “defender” in the team is João Cancelo, who continued to be an important cog at the left back position, an attack-minded playmaker with the capacity of shifting inside and performing as the creative midfielder in City’s positional attack, consistently threatening Chelsea with his incisive dribbles and his 33 passes in the opposing half.

Cancelo’s partnership with Jack Grealish on the left flank proved vital in securing a 1-0 victory for the Citizens, with the Englishman proving to be the vital piece that shifted the game’s balance in City’s direction. In the start of the second half, he nearly scored two goals in quick succession; he generated 0.55 xG and won six duels, and forced Chelsea to double up on marking him. Whilst City’s failure to sign a centre forward has certainly shown in their results this season, it is clear that Grealish elevates the quality of City’s squad and provides them a unique piece in the final third.

Grealish is partnered in midfield by Vitaly Janelt, who, after playing a substitute role in Germany’s victorious U-21 Euros, has quickly emerged as a fan favorite at the Brentford Community Stadium. While he seemed to be playing under too much pressure and with poor decision-making and low confidence in the first half, he completed a full 180 at halftime and left the dressing room a completely transformed player in the second half.

The RB Leipzig academy product shined in midfield against Liverpool and confirmed his performance with an equalizer born out of his consistent focus and freedom to break through into the penalty area. He won six duels, registered two clearances and completed two out of two tackles, constantly combining with Christian Nørgaard, attempting switches of play, and driving Brentford to a shock 3-3 draw against the Reds.

Emile Smith Rowe occupies the final midfield spot after a trademark performance from the 21-year-old Hale End product. In Arsenal’s first goal, Smith Rowe found himself in behind Dele Alli to convert a cross from Bukayo Saka from the penalty spot. In the second goal, he dropped deep to receive and provide a short passing option to Kieran Tierney, before bursting forward and charging onto a pass from Pierre-Emerick Aubameyang, dragging Eric Dier and Davinson Sánchez out of position, and sliding the assist to the Gabonese forward.

In attack, we have two strikers who, despite their various differences, have two similarities: they are auto-sufficient players who can create their own chances, and who offer so much more to their team than simply goals. Michail Antonio continues his immaculate start to the season for West Ham with a late goal to see off Leeds United, registering 1.43 xG and creating one goalscoring chance.

The Jamaica international is in the finest form of his career at 31 years old and he owes it all to his consistent dedication and David Moyes. When it looked as if Marcelo Bielsa’s side were headed for a draw, Antonio received a pass from Declan Rice with a slightly heavy touch, but acted quickly and flicked it behind Jamie Shackleton, before gently tucking the second goal past Illan Meslier.

We close out our team of the week with another player who has seen his fortunes dramatically improve. It was just ten months ago when a horrific head clash with Arsenal defender David Luiz ended Raúl Jiménez’s season at Wolves and threatened to put a stop to his professional career. While he returned to action on August 14 in the season opener against Leicester City, his performances fell short of the previous levels we had grown accustomed to at Molineux.

Nevertheless, Raúl scored his first goal in 366 days on Sunday, a goal that demonstrated just how influential he can be on his day and what he can provide to his team. The Mexican picked up a long ball from José Sá, outmuscled Jan Bednarek, left both Bednarek and Mohammed Salisu on the ground, before finishing from close range. He is a tireless worker, a consistent threat in the box, and his return to prominence is deserving of a spot in our Team of Matchday 6.