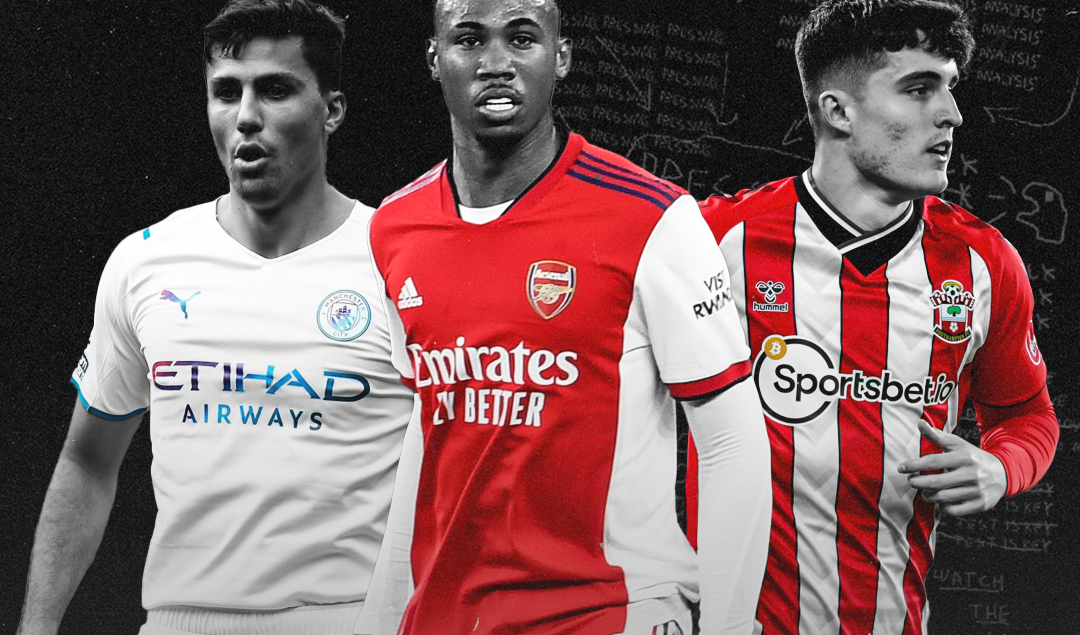 Closing the day with a historic result at Old Trafford is arguably the best finishing touch to a busy weekend in the Premier League. Liverpool, in their lighter and more pressing version, knocked out Manchester United and left Ole Gunnar Solskjaer on the brink. It was the ultra-dominant version, despite the fact that Sadio Mané, Joël Matip and Fabinho did not play, one that reminded us of the true rock and roll of the early years of Jürgen Klopp in Liverpool.

In the other derby of the weekend, West Ham forced Tottenham to attack and Nuno Espírito Santo’s side were unable to meet the expectations that were given to them. At the time when West Ham decided to attack, the Spurs once again demonstrated that even if the Eric Dier-Cristian Romero pair is settling in, defensive solidity remains a very distant goal. On the other hand, their domestic rivals Arsenal have strung together 7 games without defeat, continuing their excellent form against Aston Villa.

Our Matchday 9 XI includes a footballer who does not know defeat as a starter, another who took revenge against his previous team and the African with the most goals in the history of the Premier League, among others. We set up in a 1-3-5-2.

In goal: Kasper Schmeichel. It was not a week with great performances under the sticks. Those of Ben Foster and Alex McCarthy helped their teams achieve a victory and a draw respectively, but that of the Danish goalkeeper was the most key, especially in the first half in which Brentford generated 0.77 xG and subdued Leicester, who with the goal from Youri Tielemans and the 3 saves that Schmeichel made in the first half allowed the Foxes to take a 2-1 victory.

Ben Johnson was a stranger until a couple of months ago, but his future seems to be aimed at taking over the right lane of West Ham United’s defense. For now, the level shown in the absence of Vladimir Coufal has given David Moyes much to think about.

In the 5 games that he has started so far, West Ham has come out the winner in all of them. Against Tottenham, and specifically against Heung-min Son, he did not lose any duel and won all 7 he faced. He is still young and has flaws to be polished, but if he continues to improve, West Ham will have found their fullback for the next decade.

At the center of our back three, we are going to place Gabriel Magalhaes, who, alongside Ben White, nullified Danny Ings and Ollie Watkins. The Brazilian transmits security, something that Arsenal’s defense has needed for a long time.

He is a born leader, he is constantly communicating with his teammates, and he is very useful when it comes to getting the ball out. More than the numbers, what I liked the most about Gabriel was how he picked out players on the left side of the pitch and allowed Nuno Tavares to push forward.

The Valentino Livramento-mania has broken out at St. Mary’s Stadium, and the ex Chelsea man capped off a superb performance with a goal as well. He has everything it takes to be one of the right-backs in the league, despite his also good performance on the left side (his place in our XI). He has a very competitive defensive 1v1 skill that combines agility with power, but his moneymaker is his attacking ability.

To link midfield and defense, Rodri Hernández anchors the midfield after an impressive performance against Brighton. After a difficult start to life in England, the Spaniard has become a key figure of Pep Guardiola’s side and has prevented City from suffering in defensive transitions.

Rodri will never be the player who stands out the most out of eleven players, but on days like Saturday, in which his team faced a Brighton team that makes free space its greatest weapon, the Spaniard dedicated himself to covering gaps, evacuating areas and cutting off passing lanes. Ahead of Rodrigo are Naby Keïta and Mateo Kovačić.

The Guinean showed that every time he plays, Liverpool’s ceiling increases. Against Manchester United, he did almost everything well: he participated directly in two goals, registered 4 key passes and recovered 5 balls. He still has room for improvement, he must be more consistent in the game, add more interventions and stabilize them throughout the game, but seeing him at this level is news that Klopp will certainly celebrate.

At Chelsea, they are celebrating the tremendous season that Kovačić is delivering. The Croatian’s driving runs allow Chelsea to situate themselves in the final third, and he also breaks the lines of pressure, distracts markers and attracts rival players. The amount of kilometers that he covers per game, as well as his ability on the ball, have turned him into an elite box-to-box midfielder under Thomas Tuchel.

On the flanks, we have two polar opposites as players, both of whom have become key players under their managers. One is Mason Mount, who had become a luxury substitute in his team’s most recent Premier League games and on Saturday against Norwich, showed his coach that leaving him on the bench is almost sacrilege.

Mount generated 1’88 xG and participated directly in 4 of the 7 goals, and contributed to the 7-0 win for his team with the creation of two occasions and with the distribution of 3 key passes. While it is undoubtable that Norwich City — especially after Ben Gibson’s expulsion — were nowhere near close to Chelsea’s level, but Mount’s game is a declaration of intent and absolute commitment to the cause.

Another player who was full of intention last weekend was Maxwel Cornet, who grabbed a brace to lead Burnley to a 2-2 draw against Southampton. A goal that is not usually seen in Burnley games, even less when it happens in favor of the Clarets. If we were talking about Livramento-mania before, the fever for the Ivorian Coast is spreading through Turf Moor like a plague.

After joining from Lyon, Cornet has provided a constant threat from set-pieces, a strong shot, and aggressive, lung-busting runs down the left flank and into the box. Adding him to an attack of Dwight McNeil, Ashley Barnes and Chris Wood, Burnley have a fantastic attacking resource that could give Sean Dyche with enough weaponry in his arsenal to stave off relegation.

In attack, we have Joshua King after the Norway international grabbed a vindictive hat-trick against Everton, and Mohammed Salah, who became the top African scorer in the history of the Premier League after a historic hat-trick at Old Trafford. After playing just 11 games at Everton to little avail, King headed for newly promoted Watford and delivered a stellar performance under Claudio Ranieri’s counter-attacking system, a system that perhaps was more suited to King and more similar to his time at Bournemouth than that of Everton.

On the other hand, Salah continued his stellar form and delivered a hat-trick at the Theater of Dreams — with respect to Karim Benzema — no player has had a finer start to the season in world football. With each reception in the opponent’s half, panic spreads and the defense sits back, but Salah does not care. Whether in a sprint of 50 meters, in an individual duel or facing double markers, he is unstoppable at the moment.