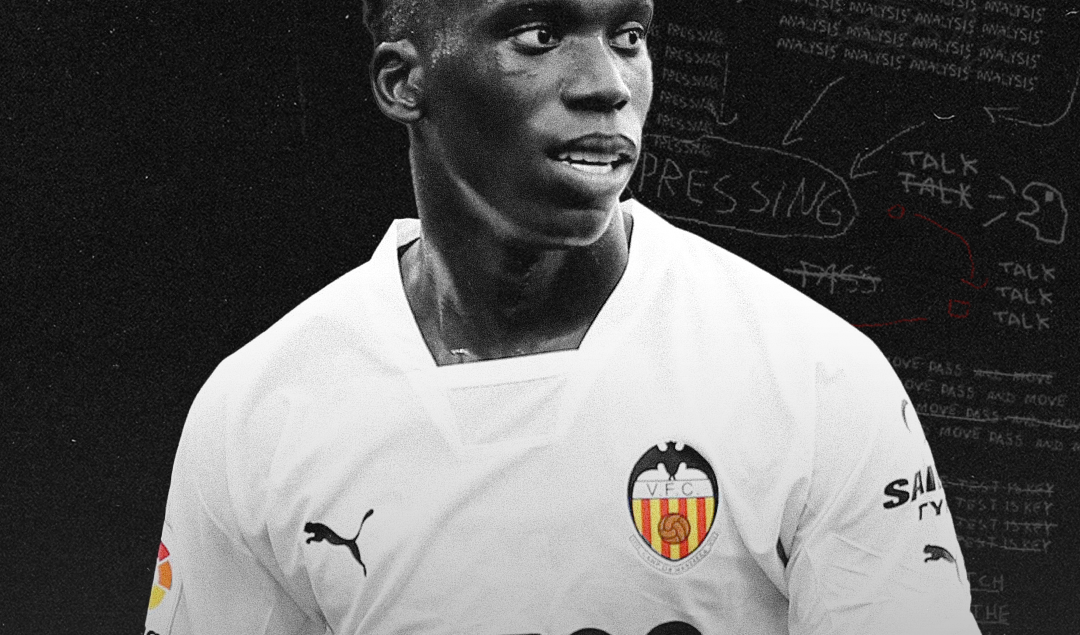 Ilaix Moriba is a player that polarises opinion everywhere he goes. At just 19, there has been enough drama around him to last a regular footballer’s career. Then again, the thing about highly rated youngsters is that they tend to attract attention, one way or the other.

His contract dispute while at FC Barcelona, which ultimately led to him signing with RB Leipzig, was often headline news. There were accusations and counter-accusations from the club and his camp, denials and counter-denials, and ultimately a not-so-pleasant split.

His move to Leipzig promised so much; a team known for giving young players opportunities and developing them, one of the top teams in Germany, and Champions League regulars as well. Even though there were those who felt he should have prioritised staying in Barcelona where he was already getting chances, his choice of destination was widely viewed as sensible.

A year and a few months later, it does not look good. He only spent half a season at Leipzig, barely getting game time, before being loaned out to Valencia in the winter window. By the summer window, he was loaned out again to the same club.

One thing that sticks out is that he made more appearances for Barcelona while there than he has for Leipzig so far. The emergence of Gavi in Barcelona has further put a question mark on his decision, perhaps confirming that he would have gotten all the opportunities that Gavi eventually got. Maybe even a Kopa Trophy too.

Unai Emery and the Valencia Left Back Factory: Is Jesús Vázquez Next Up?

Away from the ifs and buts, what is clear is that Moriba isn’t highly rated for nothing. From being viewed as the brightest talent of his La Masia generation to being compared to Paul Pogba, there is overwhelming evidence of substance. His loan to Valencia has actually given him something he neither had at Barcelona nor Leipzig; the combination of game time and little to no pressure from the spotlight.

Away from the noise and the circus around him, he has been able to show his qualities at a club full of young players. In fact, Valencia have the youngest squad in La Liga and one of the youngest in Europe. Under the guidance of Gattuso, and previously Pepe Bordalas, the young players have had to shoulder more responsibility.

The Copa del Rey final between Valencia and Real Betis was the kind of stage that the players were being prepared for. Despite a heartbreaking outcome for Valencia, it was a hell of a game. It was also the day that Ilaix Moriba showed exactly why there was always so much hype about him. He delivered a man-of-the-match performance, capped by an incredible assist for Valencia’s equaliser which sent the game into extra time.

It is surely the best of his career so far and probably the reason why Valencia went back in to loan him again. Prior to that game, his displays had been unsteady and inconsistent. He had also picked up seven yellow cards, with two leading to a red card.

He was clumsy and seemed to be unable to get his bearing. When the starting line-up was announced with his name in it, there were a few grumbles from Valencia fans. They simply did not know whether to expect a good Moriba or a bad one, and a final seemed like the worst possible stage to take that chance. Bordalas’ decision was ultimately vindicated by his performance.

This season, Moriba has continued his progression. With the departure of Carlos Soler along with Koba Koindredi and Uros Racic being loaned out, Valencia are thin in midfield. There are only five players vying for three spots; Hugo Guillamon, Moriba, Yunus Musah, Andre Almeida and Nico Gonzalez (on loan from Barcelona).

That midfield is so young that the B team’s midfield has a higher average age. Again, this has meant that more responsibility has been placed on the shoulders of these players and they have been expected to step up. So far, Moriba has gradually gained the trust of Gattuso and an injury to Yunus opened up more opportunities for him.

Moriba’s best qualities are his ball retention, his dynamism on the ball, his quickness of thought when in trouble, his combativeness and his ability to navigate tight spaces. He also has good vision and the ability to execute all kinds of passes. When he is in a game, he is easily noticeable. He has a way of imposing himself on games no matter how many minutes he plays.

It is clear that he is aware of his talent and he is always eager to show it. This is perhaps why his weaknesses are also so predictable. He has a bunch of bad habits that typically come with believing your own hype. While one can see why he was compared to Paul Pogba, while looking at his strengths, his weaknesses are also similar to what Pogba has been criticised for throughout his career.

Moriba has a tendency to get carried away during games, playing to the gallery rather than making decisions that benefit the team in the moment. Sometimes, he holds the ball for too long, trying to complete a dribble when a simple pass helps the team more. He also tends to go for the spectacular when the team is better off keeping the ball with short passes.

Perhaps, the most worrisome habit is his obsession with winning fouls. In itself, it is not necessarily a bad thing. If there is a need to see out a lead, this definitely comes in handy. It is a brilliant way to kill the momentum of the opponents and run the clock down.

However, Moriba seems to do this at the worst possible times. Sometimes, when Valencia are looking for a goal. Sometimes, in the first half of a game they are drawing or losing. He only ends up killing the moment of his team instead and breaking down possible attacks. Ironically, Valencia cannot seem to keep a lead at the moment.

What is evident is that Moriba needs a lot of guidance to really develop and reach his potential. He needs his bad habits coached out of him. It might also help to play regularly alongside a more experienced set of midfielders who can guide him on the pitch and get his head in the game.

As it is, the oldest person in Valencia’s midfield is 22 years old. What cannot be disputed is that he has a lot of great qualities, the foundation on which great players are made. It will be interesting to see how he progresses as the season goes on. He is worth keeping an eye on.