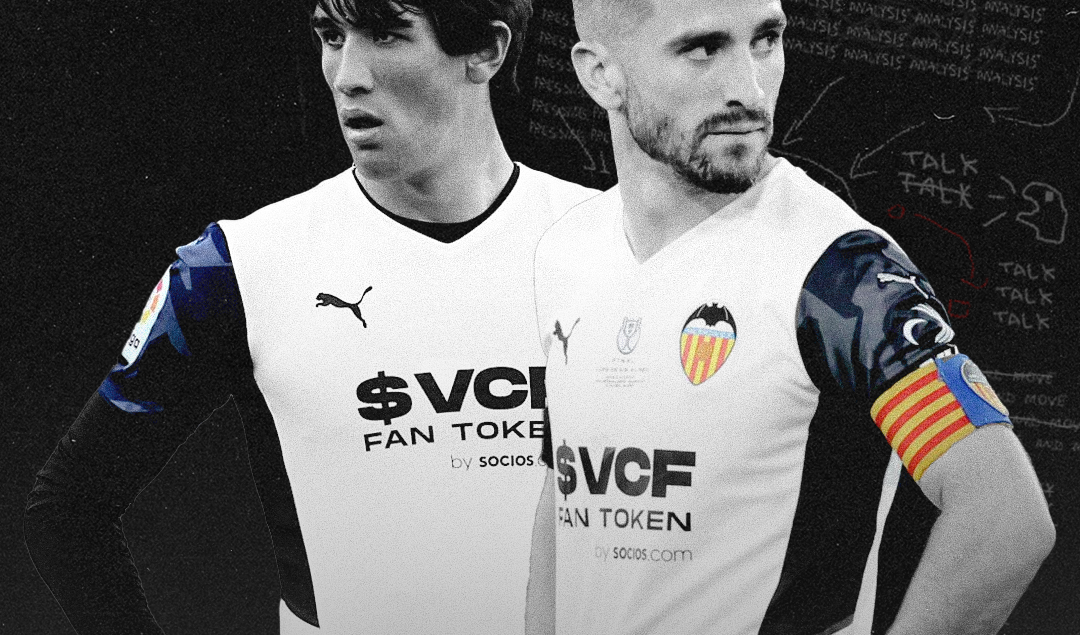 All three – Jordi Alba, Juan Bernat, and  José Gayà – were converted from more attacking positions and became world-class in their new position. Before these players emerged, Valencia had Italians Amedeo Carboni and Emiliano Moretti, as well as Brazilian Fabio Aurelio and the Basque Asier Del Horno signed from Chelsea.

Things changed, however, around the period that Unai Emery took over the reins at Mestalla. Emery’s role in birthing this factory must not be forgotten. Valencia have continued to reap the fruits for over a decade, and the latest product of this factory is the exciting  Jesús Vázquez.

The emergence of Jordi Alba as the first great left back out of Valencia Mestalla (Valencia’s B team) was due to circumstance. Jeremy Mathieu had been signed in the summer of 2009 from Toulouse on a free transfer, and he was expected to be the club’s main left back for years to come.

Right back Bruno Saltor, who had played under Emery previously at Almeria, was also signed and expected to provide cover for the left back position as well. At the time, Jordi Alba was a speedy, direct left winger who had been picked up two years prior from fifth tier Cornellà.

Returning from a productive loan spell at Gimnàstic Tarragona, a year after helping Valencia Mestalla gain promotion to the third tier, Alba impressed Emery in preseason and it was decided that he would be part of the first team for the season.

Ahead of him were club legend Vicente – who was often battling injury problems – and star Juan Mata, so opportunities were extremely limited. He had a few cameos as a left winger but he never really impressed, understandably.

Then came an injury crisis that forced Emery into finding solutions. He opted for the young Alba to fill in at left back, because his speed would be useful in recovery even if he couldn’t particularly defend.

It was a masterstroke as Alba immediately impressed in the position while still offering a lot in attacking areas. By the time Jeremy Mathieu returned, his place in the first team was under threat.

Emery chose to rotate them regularly from that point, but he also used them together at certain points, especially after the departures of Mata and Vicente in 2011.

That strategy was particularly effective any time Valencia faced Barcelona, as the threat of Dani Alves was nullified and he was often pegged back in his half with those two terrorising him.

Alba’s emergence as a competent left back was mutually beneficial for him and Valencia. While he went on to star in Spain’s 2012 Euros triumph and become one of the best of his generation in that position, Valencia stumbled on a blueprint for future left backs.

Unai Emery may have won four Europa League titles including a three-peat but this is probably his greatest work; purely because of what he gave both Alba and Valencia.

It was Emery who promoted Alba’s eventual successor, Juan Bernat, and gave him his debut while he was still a left winger.

A year after Alba’s departure, when a gaping hole emerged at left back, manager Miroslav Djukic moved him to left back along with Andrés Guardado, who had been signed a year before to play as a left winger.

Bernat soon made the spot his own, outshining Guardado who was loaned out mid-season as a result. By summer, Bernat had been so impressive that he was also widely sought after, eventually signing for Bayern.

While Bernat was impressing during that 2013/2014 season, Valencia already had two left backs from their academy waiting in the wings – Salva Ruiz and José Gayà, born 8 days apart. The club was so convinced that they didn’t need a replacement once he left that they didn’t sign one.

Gayà, a former prolific striker turned left back just a few years prior while with the B team, got the nod and joined the first team. Within a year, Real Madrid were reportedly after him.

He rejected a chance to move and remained at Valencia. He is now captain. Salva Ruiz never quite reached the heights after a spinal cord aplasia diagnosis and awful injuries which derailed his career.

Valencia already had Gayà’s replacement ready in Antonio “Lato” Latorre, if he opted to leave. In fact, his decision to remain is a big reason why Lato has never really become the left back he could have become, as he has not had enough gametime playing backup.

Lato’s own highly rated replacement, Álex Centelles, who was also coming through the ranks, eventually had to leave the club because the path to the first team was traffic-laden.

The list is long and impressive; Jordi Alba, Juan Bernat, José Gayà, Salva Ruiz, Álex Grimaldo (who got poached by Barcelona back in 2008), Toni Lato and Álex Centelles. That is seven left backs who either became world-class or showed world-class potential.

Most strikingly, they are all stylistically similar. It almost feels like they have gotten the same kind of specific education and been molded exactly the same way. All of them apart from Centelles are less than 6 feet tall as well.

In Jesús Vázquez, Valencia have another left back making waves at Mestalla. He is the son of Valencia’s former technical secretary and former footballer, Braulio Vázquez.

The most striking thing about Jesús is that he is not anything like all the other left backs promoted from Valencia Mestalla, profile-wise.

In fact, watching him is like watching Gareth Bale from his left back days at Tottenham. He is over 6 feet tall like Centelles, and carries the ball into advanced positions like Bale used to. He even looks like that early 2010s Bale with the hairstyle.

There is something different about the way he defends 1v1 or holds off markers while moving with the ball. He does not look as fast as Bale was, or as any before him, but he manages to cover a lot of ground smartly.

He also seems to be a significantly better dribbler than any of the Valencia left backs before him, not afraid to take on players, with a composure that belies his years.

While most of the other left backs favoured going on the outside and whipping in crosses or playing smart cutbacks, Jesús favours going inwards with the ball at his feet.

He likes to play through that more crowded area and open up space in his own way, either through dribbling or through combinations with teammates.

Based on the way he plays, we may see him actually follow the Bale trajectory of playing in more advanced roles in future.

Jesús is certainly equipped for it, and the fact that Valencia now have three left backs in the first team means one may be moved into an advanced role after this season.

Of the three, he is the most likely based on profile and style. This will, however, depend on if Gayà does not sign a new deal and leaves.

With strengths come flaws that should be corrected with good coaching and more gametime. Jesús sometimes gets carried away with taking on players that he ignores the better play or forgets that the responsibility and freedom to do that belongs to the more attacking players.

He sometimes takes those risks in areas closer to Valencia’s goal. He also seems to have slight concentration issues at certain points, which can be exploited by opponents, but that is normal with younger players.

These flaws notwithstanding, it is clear to see that Valencia have a huge talent on their hands. He is brilliant at all the fundamentals and a really intelligent player.

It is easy to see why there is so much excitement around the club about him, and why coach José Bordalás was eventually convinced to trust him instead of opting to play others out of position.

Whatever happens in the near future, one thing is certain; everyone needs to pay attention to Jesús Vázquez. He is a brilliant talent.