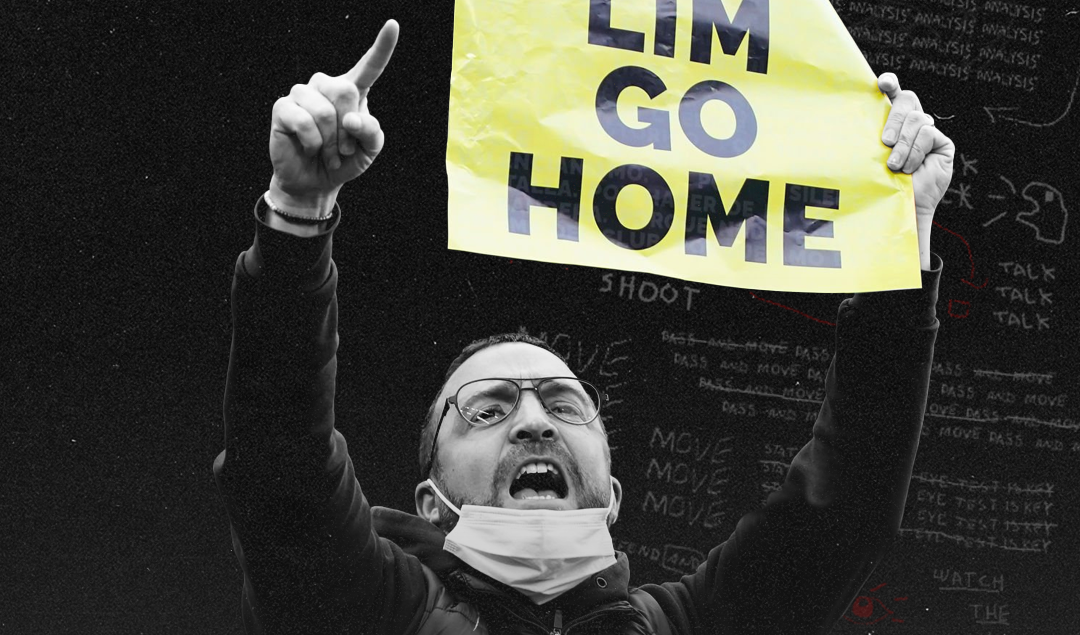 It has been an eventful past few weeks at Valencia. Okay, scratch that. Every week is eventful at Valencia so that is not exactly news.

However, the more recent events have been important because of their significance in the grand scheme of things, with respect to Valencia’s immediate and long-term future. Anyone paying attention will know why. If you haven’t, here’s a summary:

A club hiring a new manager, following a disappointing season in which it failed to reach its target of European qualification, is not supposed to be newsworthy. But as we have come to know, things are hardly what they seem when the Valencia of the Peter Lim era are involved.

Unai Emery and the Valencia Left Back Factory: Is Jesús Vázquez Next Up?

This is not any different. It is much more than hiring a new manager. To begin with, Gennaro Gattuso’s agent is Jorge Mendes. As is well known, Mendes is a close associate and friend of Peter Lim, someone he absolutely trusts.

And one thing is certain when Jorge Mendes has any sort of influence at any club; his clients start getting signed with the goal of him making a profit.

Whether that translates to the club itself also making a profit or even having any sort of stability never seems to be in consideration. It is all about the profit he makes, even if it means signing his overpriced clients for far more than their value.

This has happened before in Valencia. In fact, the reason why Valencia fans must be feeling nervous about this hire is because of what they have seen before when the manager was a Mendes client. That time, it was Nuno Espirito Santo and the consequences were dire.

The fallout from the signing of a Mendes client, Rodrigo Caio, behind the backs of the sporting director and even the club president at the time was catastrophic. Caio, 21 at the time, had already had two ACL injuries.

He was not the target that the recruitment team led by the sporting director had reportedly agreed on with Nuno, who was apparently the only other person aware of the Caio deal along with Mendes.

The player then failed his medical and a second opinion was sought in Barcelona, away from the club’s medics who had conducted the first batch of medicals. He failed again, and the transfer was canceled. Then Mendes tried to move him to Atletico where he once again failed his medical.

What followed was a bunch of resignations, of people within the club structure who were not only key figures but also fans of the club; people who cared about the club’s interests. With no checks and balances, Mendes now had full control.

Nuno was promptly booed by fans at the presentation of the team ahead of the new season and everything went downhill from there until he left the club months later.

In fact, there was a day – away at Espanyol – where he selected almost an entire line-up of Mendes players at the expense of team balance and strength. As expected, Valencia lost that game after a horrible performance.

That season, Valencia flirted with relegation and it continued the following season. Valencia fans, on their part, fought very hard to force a change in how the club was run. Their protests finally yielded fruits when Mateu Alemany was hired as well as Marcelino.

This ultimately spelled the end of Mendes’ power at the club, and the start of the most successful two-year spell of the Lim era, until Alemany and Marcelino were unceremoniously kicked out. Now, with Gattuso joining the club, it looks like the ghost of Mendes past is back.

The fact he reportedly walked away from the Fiorentina job just two weeks after signing on, because his requests for Mendes players were rejected, seems to be cause for further worry.

It is not all doom and gloom, with respect to the hiring of Gattuso. One big positive with hiring him is that Valencia will almost certainly play better football and look more organised. The football under Bordalas was very ugly, reminiscent of his Getafe team with no perks at all.

In Getafe, it was somewhat forgivable because they are a much smaller club than Valencia, true underdogs most of the time. At Valencia, it is not acceptable to play like that for an entire season, regardless of opponents.

They remain one of the biggest clubs in the world, and while the fans obviously don’t mind this being done when it is necessary – especially against bigger or tougher clubs – it must be a struggle seeing the team play like underdogs at home against teams like Alaves, Cadiz and Mallorca. Some did not mind, as long as results were achieved. Unfortunately, results were poor in the league.

Valencia racked up a shocking amount of fouls as well as cards, and ended the season 20th for passes completed in La Liga. While they have never been known to be a possession-based side, it has never been that bad.

The fouling and often unnecessary gamesmanship did not only turn off opposition teams but also neutrals. With Gattuso, despite the popular view of him due to the combative and aggressive style of his playing days, the signs are clear that ball possession will rank high on his list of priorities.

Gattuso’s teams have been known to play an attacking style with emphasis on having the ball and using it to carve out chances. This is good news for the Valencia midfielders that will remain past this summer, many of whom have regressed under Bordalas due to his overwhelming focus on running and disruption.

Gattuso’s Napoli and Milan teams created tons of chances and ranked high for shots per game. Rather interestingly, they ranked close to the bottom for fouls per game. The contrast in styles could not be more obvious.

This in itself shows another problem of the Lim era – there is no philosophy or real thought behind hiring managers. The recruitment is so haphazard and random that many are left scratching their heads at how a club can be run in this way.

From Marcelino to Albert Celades, from Javi Gracia to Jose Bordalas and now Gennaro Gattuso, it is clear that there is no real plan. It is hard for any on-pitch stability to be achieved like this, especially coupled with the regular exodus of players summer after summer.

Bordalas is very popular with local fans, many of whom have a lot of sympathy for him. It is understandable. He is Valencian, after all, and he did lead the club to their first cup final since 2019 with an unfancied squad.

The fact he did not get some of his targets like Djene and Arambarri has ramped up the sympathy for him, with him being viewed as someone making the best of a horrible situation. The players seem to love him too, something that hasn’t been seen to this degree since Marcelino.

In truth, every manager who has to work under Peter Lim (and Anil Murthy) deserves a lot of sympathy. There is only so much one can do before the effects of Lim’s awful handling of the club blocks your ability to progress or do anything positive and significant.

It is a zero-sum game with him. But the truth is that the Valencia team Bordalas had were capable of so much more, regardless of the environment Lim & Murthy created and the poor circumstances.

On his part, Bordalas has largely been disappointing in La Liga; from team selections to tactics to in-game management, there is so much to criticise in his short stint at Valencia.

The manner in which Bordalas is being kicked out of the club is disgraceful, yet it is not new territory for Lim. It is par for the course. No matter how undesired a manager is, this is no way to get rid of him.

While negotiating with Gattuso, Bordalas heard nothing from the club about his future for weeks. In fact, he only found out in the press that his time was done, and the news wasn’t even about him. It was about his replacement being in Singapore and close to agreeing a deal to coach the club.

The club’s official radio station already started talking about Gattuso while Bordalas was still employed, and still not briefed. It would be absurd if it wasn’t Peter Lim involved, but this is exactly how he operates. This is how he has run Valencia since coming to the club in 2014.

This is exactly why the fans have continued to protest and amplify their voices against him, trying to force him to sell the club and leave for good. Valencia is easily the worst run club in Europe’s top 5 leagues.

What this also shows is that Lim has learnt no lessons from the past 8 years. The ghost of Mendes seems to be returning, he is still treating managers with no respect, he is still making decisions on a whim, he is still running Valencia like his toy and he still does not care about the fans or the city or the club’s reputation.

This is exactly why managers simply cannot suffer reputational damage from working at Valencia; the fingers will always point to Peter Lim and how he runs the club. And rightly so. The only real positive right now is the exit of Murthy, easily the worst president in the club’s history.

There is an argument to be made that he is worse than Juan Soler who basically bankrupted the club with his fantasy projects & almost made them extinct. Murthy has been that bad. For five years, Valencia’s reputation has suffered near irreparable damage due to him.

The brand has been battered. Whatever you can imagine, he did it. Whatever they say he did, he did worse. A whole book series the size of the Harry Potter series can be written about his transgressions. He is persona non grata in Valencia. The fact he lasted that long is a big indictment on Peter Lim, and it tells you the depth of the problem at the club.

Much like how the club is run, it is hard to tell just how Gattuso’s time at the club will go. Many expect him to not be there by this time next year. That won’t be a surprise. Gattuso is known for resigning from jobs when he senses that he is being undermined within or without – it happened at OFI Crete, Pisa and Fiorentina.

Obviously, the fact he is likely to get his wishes due to Mendes might point to him possibly staying longer than expected but he will have to contend with a very unhappy and suspicious fanbase. They are understandably strongly resistant to managers with ties to Mendes, and he is already an unpopular choice.

He will have to do his talking on the pitch to win them over. When Valencia fans love you, they will go to Mars for you. When they don’t, you will feel it like Gary Neville did. Gattuso has his work cut out for him.