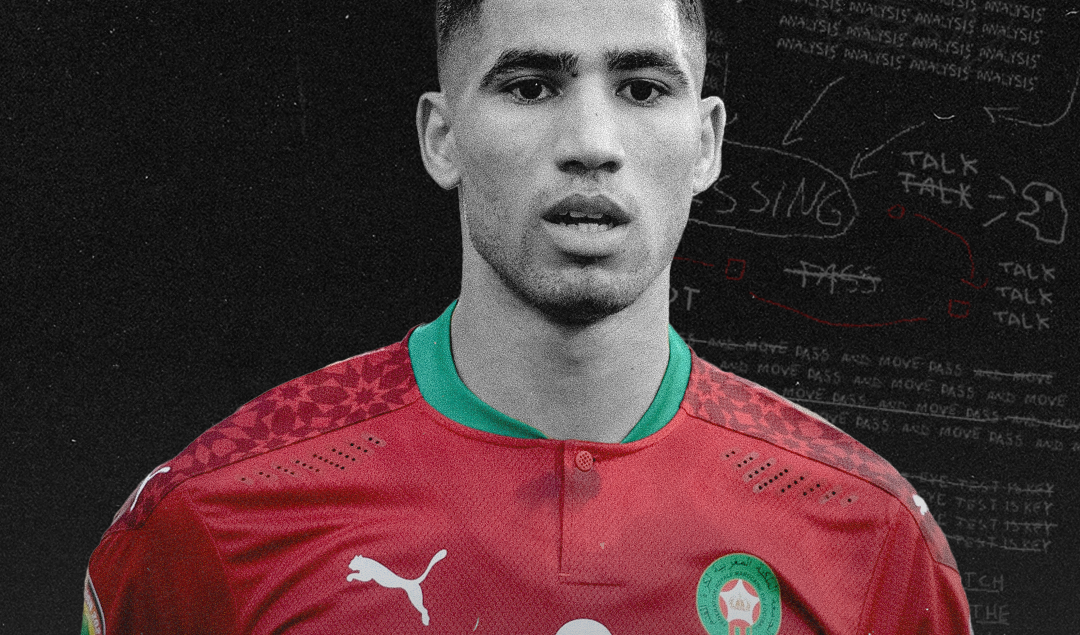 Morocco’s African Cup of Nations campaign came to an end on January 30 when they were defeated by North African rivals Egypt in the quarterfinals. A Soufiane Boufal penalty put them ahead within 10 minutes, but Mohamed Salah’s equalizer sent the affair into extra time, where substitute Trézéguet scored the vital winner.

The Atlas Lions kicked off their tournament on January 10 when Boufal scored a late winner to snatch the three points against Ghana, and they continued their perfect start by defeating Comoros in Yaoundé before drawing the final group stage match to Gabon. However, after pulling off a comeback victory against Malawi to advance to the quarterfinals, they found themselves subject to the same exact fate just five days later.

The likes of Boufal, Yassine Bounou and Romain Saïss all stood out for Vahid Halilhodžić’s side, but one player who was a consistent bright spot was Achraf Hakimi, who provided a new dimension of dynamism in allowing Morocco to switch from defense to attack almost instantaneously, able to constantly exploit space and create chances for his teammates in attack.

Born in Madrid, Spain to Moroccan parents, Hakimi joined Real Madrid’s academy in 2006 at the age of eight and quickly progressed through the ranks at La Fábrica, making his senior debut on August 20, 2016 in a match for Real Madrid B against third-tier side Real Sociedad B. Just months later, Hakimi had already made his debut for Morocco, coming on as a substitute in a 4-0 win against Canada.

Zinedine Zidane promoted Hakimi to the first team a year later following the sale of Danilo to Manchester City, with Hakimi coming in as backup in the right back position behind first-choice Dani Carvajal and utility defender Nacho.

Hakimi’s debut in La Liga came in a match against Espanyol on October 1st, 2017, but he would have to wait two months before grabbing his debut goal in a match against Sevilla. In total, he would make 17 appearances in the 2017/18 season, a total of 1,135 minutes.

Whilst he did not play in the UEFA Champions League Final against Liverpool, he played the full 90 minutes in Madrid’s two group fixtures against Tottenham Hotspur. This meant that Hakimi was given a medal and became the first Moroccan player to win the Champions League — a feat that was later matched by Ziyech in 2021.

Rather than wait for an opportunity on the fringes of the first team, Hakimi decided to depart for Borussia Dortmund on loan for two seasons. In contrast to Los Blancos, who had Carvajal, Nacho, Álvaro Odriozola and Lucas Vázquez competing at the right back position, Dortmund’s competition was considerably less daunting, with aging vice-captain Łukasz Piszczek his main competitor.

Starved of opportunities at his boyhood club, Hakimi emerged as one of the deadliest fullbacks in Europe under Dortmund manager Lucien Favre, racking up 3 goals and 7 assists in 2018/19 followed by an impressive haul of 9 goals and 10 assists in the 2019/20 season.

Hakimi returned from his loan in Germany as a capable performer in the fullback and wingback positions on either flank, but his chances of breaking into the starting line-up remained slim under Zidane. 14 years after joining the club, Hakimi departed Real Madrid and joined Inter on a five-year contract for a reported fee of €40 million.

One man’s trash is another man’s treasure, and after struggling for consistent opportunities under Zidane, Hakimi immediately become a key performer under Antonio Conte.

The former Chelsea manager had made inroads following his appointment in the summer of 2019, but his Inter side was unable to challenge Juventus for the title due to a lack of creativity from the wingbacks: Victor Moses, Ashley Young, Antonio Candreva and Danilo D’Ambrosio.

Hakimi represented an immediate upgrade in the final third and was also able to hone his skills defensively under Conte, becoming a vastly more refined player in his lone season in Italy.

The Moroccan international provided 7 goals and 11 assists as Inter won their first Scudetto in 11 years, ending Juventus’ unprecedented domestic dominance and maintaining the best defensive record in Serie A with 35 goals in 38 matches.

However, all good things must come to an end, and that was the case with Inter whose financial difficulties forced them to sell Hakimi to Paris Saint-Germain, much to the chagrin of Conte, who abandoned his managierial post and was swiftly replaced by then Lazio manager Simone Inzaghi.

The Nerazzurri, meanwhile, brought in Denzel Dumfries from PSV Eindhoven to replace Hakimi following his successful Euros campaign with the Netherlands. Inter would also go on to lose Romelu Lukaku to Chelsea, replacing the Belgian striker with Lazio forward Joaquín Correa and Roma talisman Edin Džeko.

Hakimi went on to join Paris Saint-Germain for a reported fee of €60 million, signing a five-year contract on July 6, 2021. He was the first purchase of Les Parisiens’ historic window, which would see PSG sign Lionel Messi, Gianluigi Donnarumma, Sergio Ramos and Georginio Wijndalum on free transfers, in addition to signing Nuno Mendes on loan with an option to buy.

The 23-year-old has been an undeniable upgrade over the likes of Colin Dagba and Thilo Kehrer at the right back position, although his switch from the right wingback position that saw him dominate at Dortmund and Inter has seen him limited in a back four, racking up 3 goals and 3 assists in 25 appearances this season for Mauricio Pochettino’s side.

Looking at his underlying stats, however, Hakimi ranks in the 97th percentile amongst fullbacks in Europe’s top five leagues over the past year in terms of passing completion with 87.9% per 90, whilst his touches in the attacking penalty area, expected assists and progressive passes received all put him in the top 10% amongst fullbacks, per FBRef.

At 23 years of age, Achraf Hakimi has established himself as one of the finest players in his position and a creative influence for Morocco and PSG.@WillFowler5 and @SaladNFL discuss Hakimi's importance for Morocco in the latest, AFCON-themed Tactics Room episode. pic.twitter.com/Vl3OeECjIx

Hakimi is a dynamic defender with the ability to recover the ball as well as launch an attack with his explosive speed. Despite being a reputable right back, he can play as a left back as well as a wingback on either flank, highlighting his versatility and dynamism in attack.

He is a player with the ability to create chances with long and short passes from the defense launching into attack. One area where Hakimi could improve is his aerial duels and other defensive metrics; Hakimi averages a mere 1.23 blocks per 90 as well as 0.45 aerial duels won and 1.26 clearances per 90, although it should be noted that playing for a top side like Inter or PSG will skew these numbers negatively.

Whilst he has been forced to transition into a new system, the African Cup of Nations saw Hakimi unleashed in a more attacking role for Morocco. With Hakim Ziyech out of the Morocco squad after falling out with manager Vahid Halilhodžić, Hakimi was forced to step up and add more to the right flank, starting alongside the likes of Azzedine Ounahi, Tarik Tissoudali and Munir El Haddadi.

Starting in a back four alongside Romain Saïss, Adam Masina and Nayef Aguerd, Hakimi emerged as a threat in both attack and defense, scoring free kick goals in the 2-2 draw against Gabon as well as the 2-1 win over Malawi. Morocco were once again trumped at the quarterfinals — they have failed to reach the AFCON semis since 2004 — but one player who can hold his head up high is Hakimi.

At 23 years of age, Hakimi has emerged as a leader for Morocco and will continue to play a talismanic role alongside their young core featuring Aguerd (25), Imran Louza (22) and Ounahi (21). After excelling in Cameroon, he will now return to Paris and attempt to lead PSG to their first ever Champions League trophy.