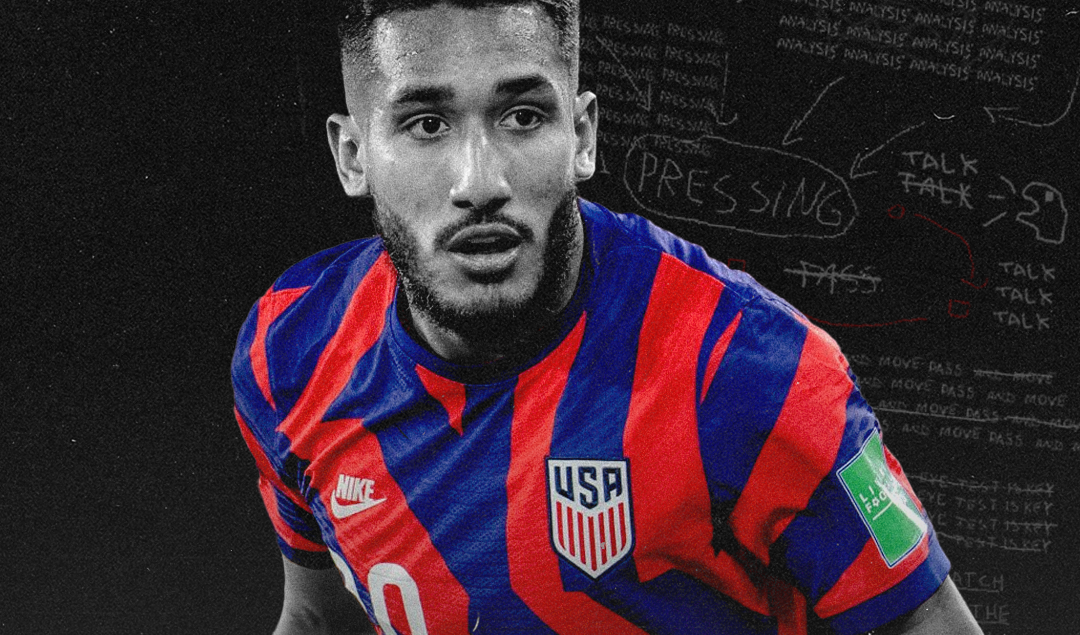 David Ferreira, a diminutive midfielder from Colombia, was crowned Major League Soccer’s most valuable player after leading FC Dallas to within a whisker of their first playoff title in 2010.

He joined the franchise on loan from Club Athletico Paranaense the season prior and quickly established himself as a fan favourite at Toyota Stadium. The right-footed creator spent five topsy-turvy years in MLS, registering 24 goals and 27 assists in 114 appearances for Dallas. However, his legacy as the most impactful ‘Ferreira’ in the team’s history is under threat.

Jesús, the 21-year-old son of the former Colombia international, is in joint possession of the goal-scoring lead in MLS and could be selected to lead the line for the United States at the Qatar World Cup. Understandably, he is highly regarded in Dallas.

“I have a feeling that Jesús wants to be ‘the man’ for this team [and] to follow in his father’s footsteps, as though he sees his dad’s MVP status as something to replicate or exceed,” Buzz Carrick, the founder of 3rd Degree, a leading website covering FC Dallas, tells Breaking The Lines.

“He doesn’t have a [youthful] complacency about him, he has a really high level of determination. You see it in training or when he’s talking to the media: he’s very dialled in, he’s not looking around at other things, and he sees an opportunity here with this coach and how the team is set up around him. He’s taking it all in his stride.”

In fact, life under the microscope has never fazed Ferreira. He scored on his professional debut aged 16 and has not looked back since, notching 45 goal contributions in 95 appearances for his boyhood club.

Also of note: Ferreira did not have the benefit of playing on a title-contending roster until this year. Dallas finished 13th, 10th, and 23rd in his first three full seasons in the squad, a period when he was thrown into various positions to facilitate other players at the club.

Now, the situation is entirely different. Since Nico Estévez’s arrival as head coach last December, Ferreira has been one of the first names on the team sheet and was rewarded for his fine form with a designated player contract – a rare feat for a homegrown player in MLS.

“It’s a good spot for him,” Carrick says, “between now and the World Cup, it’s so important for a guy of his age to be playing. You’ve seen guys that have made the wrong choice and aren’t getting any games: that’d be terrible for him.”

Through 14 appearances to start the season, Ferreira has nine goals and four assists to his name – which leaves him tied with Jeremy Ebobisse at the top of the scoring charts and in contention to play an important role for the USA at the 2022 World Cup.

However, the Santa Marta-born forward remains an enigma. Despite his impressive goal-scoring record and career-long xG outperformance, he has a reputation for being wasteful in front of goal – especially with the national team.

He missed several clear-cut chances against El Salvador and, after scoring a first-half tap-in, Panama in World Cup qualifiers earlier this year, and struggled in a recent friendly versus Uruguay.

Despite showing plenty of promise domestically, Ferreira has not proven himself on the international stage when up against stronger and smarter defenders yet. But there is every chance he will make the jump in the years ahead.

“It’s just a question of stepping up a level: when you play internationally the amount of space and time decreases,” Carrick explains. “He’s at his very best as a finisher when he’s not taking extra touches and when he’s pulling the trigger quickly.”

Ferreira put on a finishing clinic in the CONCACAF Nations League earlier this month, scoring four times against a Grenada squad ranked 170th in the world by FIFA. Although all the usual caveats apply to his performance against a heavy underdog, the striker earned credit for bouncing back after a run of disappointing displays.

“The main focus as a nine is to score goals, but a lot of people have to see that the nine can also assist and can build out and get help out the building,” Ferreira told reporters at full-time in Austin, Texas. “I think my job is to facilitate other players to be able to score and to help the other players be in a position to score goals also.”

He added: “As a forward, it’s important to score goals to keep your mindset right. I know that right now I’m going through a little struggle, but if I stay focused and I keep working, the goals will come.”

And, at least with Dallas, they have. Since scoring in a 6-2 win over Real Salt Lake on his debut, Ferreira has clocked up 7,523 minutes in the top-flight and has found the net 27 times from an xG of 23.78 – per Wyscout. Also of note: his highlight package includes just about every kind of goal.

He scored the easiest brace of his career versus the LA Galaxy last month, using his pace and positional sense to take advantage of lacklustre defending.

Ferreira netted a pair of beauties against Sporting Kansas City and the Colorado Rapids, twice scoring into the right side with his strong foot.

Both strikes jump off the page, albeit for different reasons. His tie-breaker against SKC was a complete striker’s effort: he timed his run perfectly, controlled the ball neatly in the penalty area, and curled his shot beyond Tim Melia’s reach. Instinct took over versus Colorado. He decided to shoot before the ball arrived and finished with aplomb.

“Jesús is the same player that he’s been his whole life,” Carrick explains. “He’s been able to play like how he is now for the last three years or so: it’s just a question of which position they are using him in. Last year, he mostly played as a playmaker, which he can do but he’s a little bit out of position there. He played half the year as a striker and half the year as a winger the season before.”

Ferreira’s versatility and ball-playing ability make him a natural false nine. He often drifts into deeper pockets, creating space for his wingers to exploit behind opposition defences. He also has an eye for an assist and has generated 0.14 xA per 90 throughout his MLS career.

Unsuited to physical duels, the 21-year-old is effective in the final third when he steps away from opposing centre-backs and has found success threading throw-balls to Arriola this season. While he is at his best when deployed in the centre, he is an able deliverer from wide areas.

There is no doubt that Ferreira has a high ceiling. His positional intelligence is impressive for a player of his age and is backed up by a finishing technique that jumps off the page. The 21-year-old is at his best as a false nine, a role that allows him to make the most of his off-the-ball movement and link-up.

However, he is not the complete package and is still some way from being ready to make the leap to a big five league. While it is possible for a 5-foot-8 forward to adapt to more physically demanding leagues, adding muscle to his frame will help Ferreira in one-v-one scenarios.

Ferreira’s reputation as a wayward finisher is less concerning. Profligate forwards do not routinely outperform their xG rate, nor are they capable of scoring the range of goals in the Dallas forward’s repertoire. In other words, he is on track to prove his critics wrong – even while accounting for a regression to the mean.

“It’s ideal for Jesús to be where he is [but] if you’re talking about taking the next step with the national team there will come a time – maybe it’s later this year or a year from now – when it’ll be the right moment to go to the next level if he can find the opportunity to play,” Carrick explains when asked where Ferreira’s long-terms future lies.

Although he does not project as a slam-dunk big five league forward, Jesús Ferreira has lots of untapped potential and is on track to lock down his place in Gregg Berhalter’s plans for the World Cup. Undeniably, he is a player to watch.