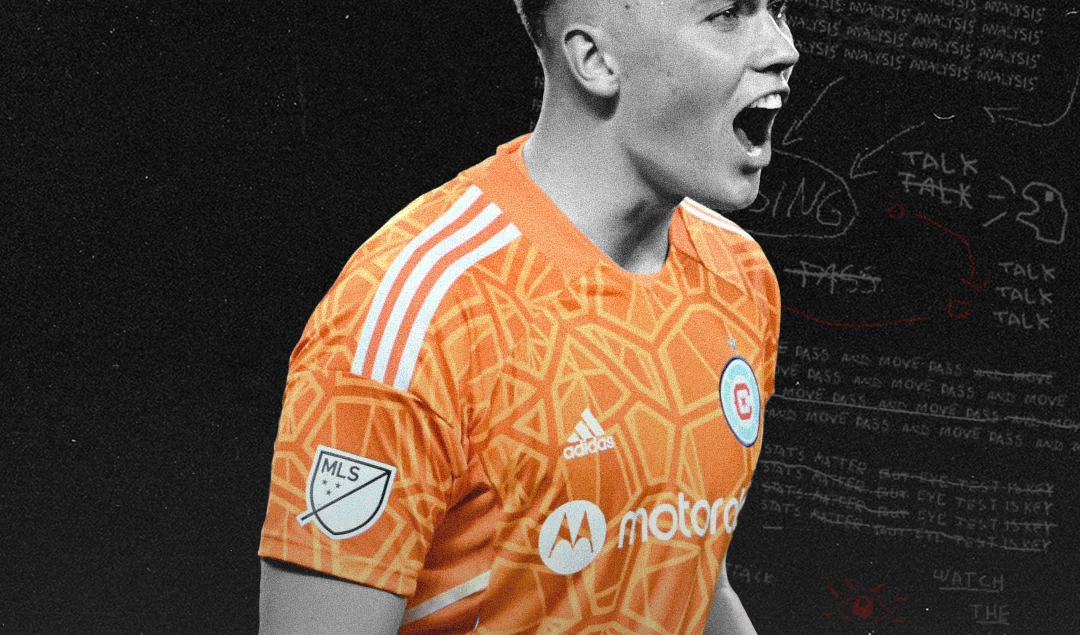 Contrary to popular belief, Major League Soccer is not a ‘retirement league’ and its blossoming class of promising youngsters is proof of concept. The cross-border competition features plenty of future stars from powerhouse nations, including Atlanta United’s Thiago Almada and Orlando City’s Facundo Torres.

However, the transformation of MLS is not limited to the recruitment of emerging talent from abroad. Homegrowns are also on the rise, with Alphonso Davies paving the way for players developed in Canada and the U.S. to enjoy success in the big five leagues. Nor is he alone.

Since graduating from the New York Red Bulls, Brendan Aaronson has made an impressive impact in the Austrian Bundesliga and is poised to move further up the food chain this summer. Gianluca Busio, formerly of Sporting Kansas City, is also making his mark in Europe, albeit for a Venezia squad relegated from Serie A.

And the MLS to Europe pipeline isn’t showing any signs of slowing down, with 18-year-old Gabriel ‘Gaga’ Slonina making a name for himself with the Chicago Fire.

Since keeping a clean sheet on his professional debut, aged 17, Slonina has become one of the world’s top goalkeeping prospects, attracting interest from numerous clubs in Europe and a pair of national teams.

Born in Addison, Illinois, Slonina represented the United States at the youth level, earning caps for the U15-20s, but was included in Poland’s squad ahead of their upcoming Nations League fixtures. However, the teenager quickly switched his international allegiance back to the USMNT, announcing his decision on social media.

“I have always identified myself as a first-generation Polish American who is very proud of my roots and heritage,” he wrote. “My parents, like many others, immigrated to the USA to look for better opportunities and the chance to find success in a new country. With that being said, my heart is American… America is my home and that’s who I’m going to represent.”

ESPN’s Janusz Michallik, who was born in Poland and made 44 appearances for the United States in the 1990s, believes Slonina is on track to enjoy success at the elite level.

“As always, it’s potential [that attracts interest] and with goalkeepers, it’s different because of their longevity: once you’ve identified that sort of talent, and if the potential comes good, it’s an unbelievable investment,” he told Breaking The Lines.

“You look at Gaga: he’s a big guy, 6-foot-4, and hasn’t grown into his body yet but he’s got this presence, which is so important for goalkeepers. It’s so good that it hides some of his weaknesses, although you can understand that there would be some when he’s still so young.”

Slonina’s record in MLS speaks for itself: 22 appearances, 1.32 goals-against average, 69.7 save percentage, and nine clean sheets. He is a confident shot-stopper, albeit in a small sample size, and has routinely outperformed his expected goals against (xGA), per Wyscout.

Natural athleticism has played a major role in his early success, helping him paper over some of the cracks in his technical development. Slonina’s wingspan, one of the widest in MLS, and quick feet allow him to cover large swathes of the net, aiding his ability to make diving saves into the corners.

His positional sense is also impressive, considering his age and inexperience. Although his footspeed can drag him out of trouble, he consistently reads angles accurately and is rarely caught too deep in his six-yard box.

“He’s pretty good at reading angles and that takes time for goalkeepers because it’s not easy,” Michallik said. “But even there, I think he’s doing a pretty good job at an early stage but there’s still work to do.”

As you would expect from a goalkeeper garnering such widespread attention, he excels in each of these areas, as demonstrated on this stop from Brazil U20 international Matheus Martins:

In the example above, Slonina starts the sequence roughly one-and-a-half yards off his line and at the correct angle. He moves laterally to stay in the play, sets as the shot is struck and takes a small forward step with his left foot as the ball approaches.

Slonina’s final step is an integral element of goalkeeping technique: it allows him to load force into his diving leg, which helps him push towards the corner and make the save. His technique is sound.

He also carries himself in a manner unusual for a rookie, with his confidence shining through to Michallik: “He’s assured of himself, he’s a confident goalkeeper, and to see that in games from an 18-year-old is pretty unusual. That’s what I mean by presence: not just physical presence because he’s big. He doesn’t look scared by any means; I remember being that age and I don’t know if I had that.”

In high-pressure moments, Slonina’s poise is easy to spot, including in this one-on-one sequence versus CF Montreal:

Considering his on-field temperament, there is little wonder his teammates and coaches have quickly developed faith in him.

“I think the defenders and management trust him because Chicago is struggling and you wouldn’t play a young goalkeeper if you didn’t believe in him: there must be that trust from the team and the manager,” Michallik explained.

Despite their goalkeeper’s impressive start, the Fire continue to operate beneath the playoff line in MLS. Ezra Hendrickson’s side opened the campaign with a run of commendable defensive performances but have fallen to the foot of the Eastern Conference since.

However, there are worse conditions for an up-and-coming goalkeeper to cut their teeth in: Slonina is seeing plenty of action on a struggling Chicago roster – and, according to Michallik, reps will only aid his development.

“You’ve got to take advantage when the time comes because he’s in the perfect position,” he said, “not many 18-year-old goalkeepers are trusted to play such a critical role.”

There is also significant interest in Slonina from the big five leagues and his performances this season have only reinforced why prestigious clubs, including Chelsea and Juventus, are reportedly interested in an 18-year-old goalkeeper from the banks of Lake Michigan.

“You’ve just got to be smart in where you go and what you do,” Michallik explained. “Even if you go to a big club, maybe you need to go on loan and you ply your trade but you’re already within the environment of a big club.

“When assessing a goalkeeper and making the decision on what’s best for him at any given time, it’s a completely different situation to an outfielder. But if an opportunity came in from a Premier League or Bundesliga team, he’s got to go.”

Despite already building an impressive resume, Slonina is not the finished article. His live distribution and cross-claiming needs seasoning, while ironing out mistakes remains a high priority – as to be expected from a young goalkeeper.

He made a particularly costly error in a 3-3 draw against the Red Bulls, conceding a softie from 20-year-old winger Cameron Harper. In the example below, Slonina was split between catching or punching a shot and invertedly fumbled the ball into the net as a result:

Aside from eliminating schoolboy errors, which is a matter of concentration and experience rather than talent or potential, Slonina’s primary area of developmental need is improving his cross-claiming technique. Although his general decision-making is sound, there is scope for him to become better at commanding his penalty area, as illustrated in the following examples:

There are two fundamental issues with Slonina’s cross management: he tends to leap two-footedly and is a hesitant, inaccurate puncher. When claiming lofted passes in an aerial duel, goalkeepers are trained to jump using one leg while using the other to protect themselves from mid-air collisions. Slonina has not mastered this yet and is therefore prone to being knocked off balance when collecting crosses.

“It’s a lot easier to improve at claiming crosses when you’ve got a big frame: it’s just a little bit of timing and that comes with time,” Michallik said. “You’ve got to find that comfort zone and that comes with playing more against better opposition. That’s not necessarily his weakness, per se, it’s just he hasn’t had enough games to get there yet.”

His second technical fault, his wayward punching, is linked to the first. If he was steadier following take-off, he would have less trouble directing crosses away from dangerous areas. Again, this is an element of his game that should improve with time.

Also of note: Slonina’s ball-playing ability could be improved. Per Wyscout, Slonina has completed 72 percent of his long passes since entering MLS, a respectable, if not blistering, clip for a goalkeeper instructed to bypass his defence when the ball is at his feet.

“It’s not bad,” Michallik said of Slonina’s ball-playing ability, “it’s not something where I would say ‘my god, he can’t play with his feet’ but I’ll go by his assessment that he feels he needs to get better with passing because this is what the game is now, it’s something goalkeepers need to be strong at.”

However, there are mitigating factors to consider. “It that may be a function of his development in the United States, because it’s still not what you get at a top-level club in a top-level league around the world: players go through the stages when they’re much younger,” Michallik explained. “I don’t want to knock our system, but it’s fair to say that in his formative years the focus on playing with his feet wasn’t there yet.

In summary, Slonina is a technically-sound goalkeeper with plenty of untapped potential. Following his decision to declare for the United States, he is well-positioned to enjoy a long career at the international level and will almost certainly depart MLS within the next three transfer windows.

While the 18-year-old native of Addison, Illinois isn’t the finished package yet, he represents a sound investment for big five league clubs – especially those inclined to organise a line of succession in net. In the meanwhile, playing pressurised minutes in Chicago will boost his development, setting him up for success in the years ahead.