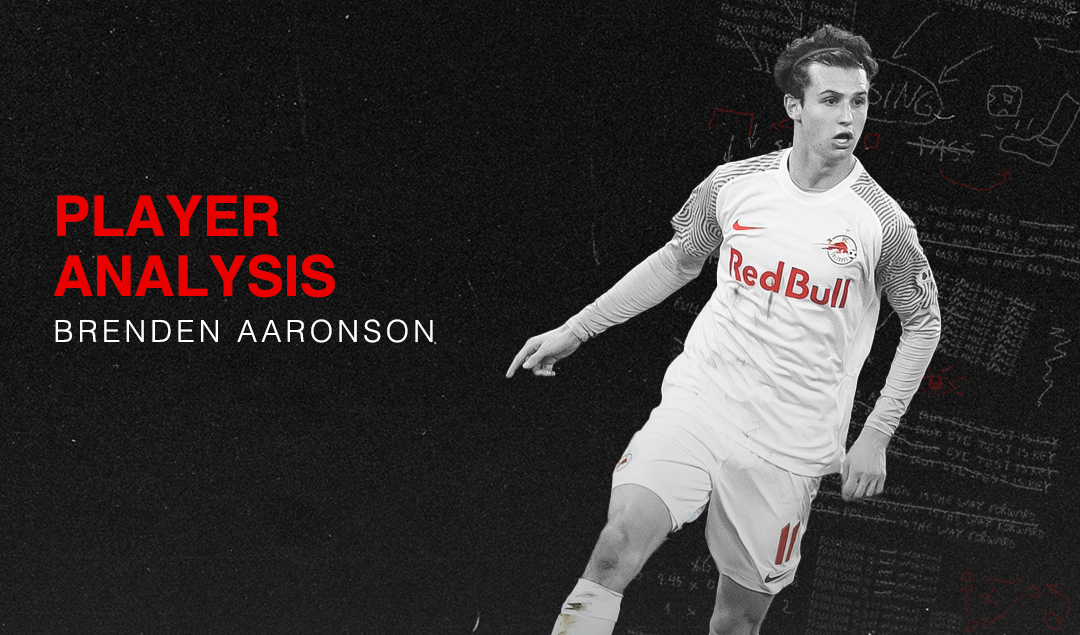 It’s no secret that Leeds struggle with business when it comes to the winter transfer window. The Whites spent the January of Marcelo Bielsa’s first season at the club chasing Swansea winger Daniel James, with the Welshman finally looking to have sealed a loan move with an option to buy at the final hour.

It wasn’t to be however as in one last act of defiance, Swans chairman Huw Jenkins refused to sign the deal off before departing the club two days later. James ultimately stayed at the Welsh outfit before joining Manchester United the following summer.

Fast forward another season and Leeds looked to have their sights set on Southampton striker Che Adams. The former Birmingham man had struggled for form since moving to the south coast and Bielsa believed he could be the man to fire Leeds back to the promised land.

A simple loan with an option to buy it proved not to be: Augustin made just three appearances for the club, had his contract terminated at Leipzig and the two sides remain locked in a legal battle that will be heard at the Court of Arbitration for Sport in March.

Throw in Marcelo Bielsa’s rigorous fitness standards his players need to meet into the mix and the chances of a January signing hitting the ground running look difficult.

But it is very clear that the West Yorkshire club need to get their chequebook out.

Last season’s superb ninth-place finish, the highest points tally for a newly promoted side since the turn of the century, looks a distant memory with Leeds now sitting perilously close to the relegation places.

A quite remarkable injury list has hampered a squad struggling to find their rhythm and midfield is undoubtedly where the problems lie.

In recent weeks, former Everton and Middlesbrough midfielder Adam Forshaw, himself returning after over two years out with a complex hip injury, has deputised for England Player of the Year Kalvin Phillips at the heart of the midfield.

However, in their previous two outings, the deputy has himself become deputised, with German defender Robin Koch stepping in after Forshaw picked up a hamstring strain in the win at West Ham.

Mateusz Klich has struggled for consistency, injuries have meant the versatile Stuart Dallas is often required elsewhere, Rodrigo for all his quality is an attacker not quite suited to a deeper role and Tyler Roberts appears out of his depth at this level.

United responded with a second, improved offer of around £20m; an offer that Salzburg look likely to reject once more given February’s last-16 Champions League clash with German giants Bayern Munich.

From Aaronson’s style of play, it is equally clear why Salzburg are so keen on keeping their man and why Bielsa believes the 21-year-old could change his side’s fortunes. 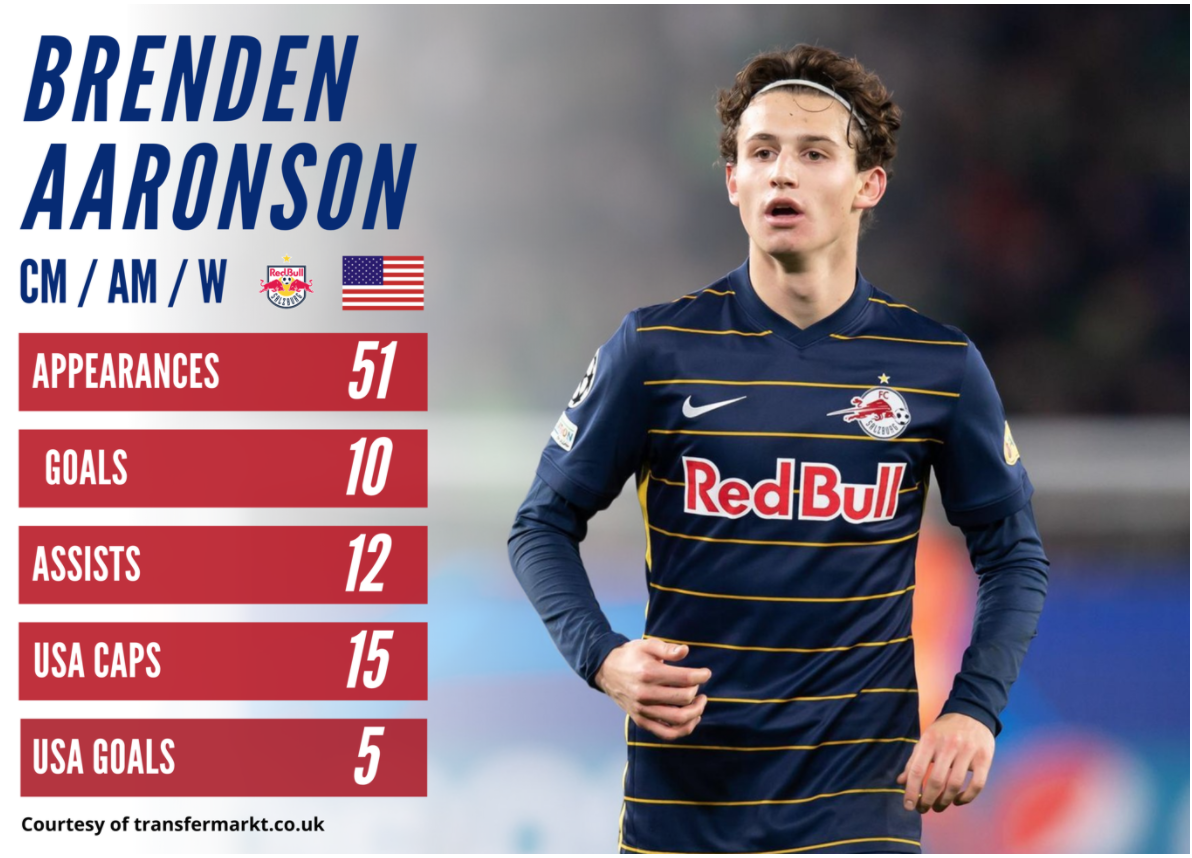 A versatile player adept playing as an eight, a ten or out wide, Aaronson is in the top 1% of players in terms of distance covered thanks to his electric pace and tenacity. His average of 27.84 pressures per ninety minutes even eclipses that of Leeds’ ever-energetic Mateusz Klich, 23.38.

“He is a really pacey player who carries the ball well, has a good eye for a team-mate, reads the game well and is an important factor in Salzburg’s build-up play,” Lee Wingate, The Other Bundesliga podcast, told the Yorkshire Evening Post.

“Defensively, he is very energetic and presses from the front. I’d imagine he’d be exactly the kind of player Bielsa would want.”

Had a quick look at some of the stats for Leeds target Brenden Aaronson earlier. Alongside the below, he sits 2nd for smart passes – 'A creative and penetrative pass that attempts to break the opposition's defensive lines to gain a significant advantage in attack.' #lufc pic.twitter.com/wffzmyZppd

Aaronson currently sits at the top of the key passing stats in the Austrian Bundesliga and has recorded the most touches in the opposition penalty area, excluding strikers. The American created 61 chances from open play in last season’s Austrian Bundesliga.

Brenden Aaronson created 61 chances in open play in the Austrian Bundesliga in 2021, eight more than any other player. #lufc pic.twitter.com/2oSF7IkH8o

These numbers are very encouraging for a Leeds side that has struggled to replace the creativity of cult-hero Pablo Hernandez. Like the Spaniard, Aaronson has a keen eye for a pass as well as quick feet, allowing him to dribble out of tight spaces and progress the play upfield.

With five goals in 15 USA appearances, Aaronson’s start to life as an international has also been prolific.

The Leeds target grabbed his first goal and assist in just his second outing for the US in a 6-0 dismantling of El Salvador and has since been involved in every World Cup qualifier, with Gregg Berhalter’s side currently sitting second in the group.

Whether Leeds can get their man remains to be seen, but one thing is clear is that the ‘Medford Messi’, a nod to his hometown in New Jersey, is destined for the top.