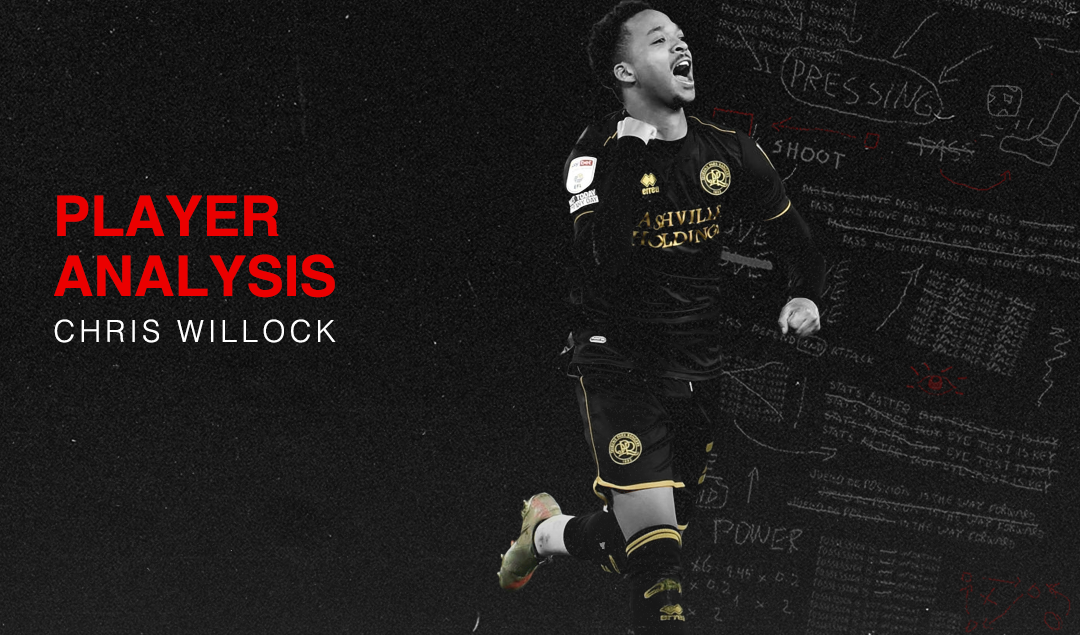 Coming from a family full of football talent – Joe Willock playing in the Premier League with Newcastle alongside brother Matty who features for Salford City – Chris Willock is beginning to emerge as the most exciting out of the trio.

Featuring in the Arsenal youth-set up with Joe, Chris decided to leave to further his career as a youngster when Benfica came calling.

This new career path in Portugal wasn’t easy, before coming back onto the radar at QPR. An exciting, unpredictable talent for Mark Warburton’s men this campaign, he has been crucial in winning points for Rangers through moments of magic.

Whether it be a long-range screamer, or an assist as seen in his inch-perfect cross for Albert Adomah’s winner at Coventry in the weekend just gone, he is excelling under a manager who knows how to utilise attacking talent effectively.

Away from his current successes at Loftus Road under Mark Warburton’s guidance, Chris was a rising star at Arsenal in 2017 alongside his brother Joe.

Matty was also within the Manchester United set-up, released by Arsenal at just 15 years of age. Joe would make somewhat of a success of himself with The Gunners, making regular appearances in the 2019-20 season after breaking through from youth football.

Joe would, however, also leave Arsenal like Matty – joining Newcastle on loan, scoring in seven consecutive games for the Magpies. Chris would go for the more unconventional route, leaving English football behind to mature within the Benfica B set-up in Portugal.

Described as a ‘very interesting’ prospect by Arsene Wenger as a youth player, Chris Willock is certainly living up to the tag of being an entertaining individual on the football pitch. This was evident in his Benfica B days, clips show Willock dazzling his opponents with skill and trickery in mazey runs.

But, at the end of a solo run would always come a brilliant delivery into the box or a killer pass to unlock the opposition’s defence. Some players at that age are showboating, lacking the end product to match their pieces of magic.

Willock wasn’t only a provider for Benfica’s Reserves, the former Arsenal youth prospect also became a consistent goalscorer during his two seasons in Liga Portugal 2.

He scored 11 goals in 34 games during his second full season in Portugal, a learning curve that Willock still speaks of fondly to this day.

Honing his ability in the lower reaches of Portuguese football made him hungry for a return to England, to showcase the ability that saw glowing assessments from Wenger as an exciting prospect emerging at Arsenal.

During his two-year stay with the Portuguese giants, Willock would see the likes of both Ruben Dias and Joao Felix go from Benfica B regulars to main-stays within the first-team fold.

Their individual ascents to world-class footballers will have inspired Willock, playing in the same set-up that allowed Dias and Felix to leave for Manchester City and Atletico Madrid respectively.

Willock would, however, stutter when given an opportunity back in the English game originally. His loan to West Brom during the 2019-20 season never got off the ground, making zero appearances under Slaven Bilic.

A notoriously physical side, a move to The Hawthorns wouldn’t have complemented his flair. Even today, The Baggies continue to operate with a physical style of play under Valerien Ismael even with Grady Diangana offering flashes of brilliance on the wing.

The second loan deal of that same season for Willock was a mild success, scoring two goals in 14 or so appearances for Championship strugglers Huddersfield.

The precarious position held by The Terriers didn’t work in Willock’s advantage, cagey games not allowing for the ex-Benfica B midfielder to play with the freedoms that saw him excel in Portugal.

This is where his move to QPR feels like a match made in heaven, a move that has since seen Willock touted as one of the best performers in the Championship so far this season. Why has this six-figure move to The R’s been such a triumph for Willock?

In Mark Warburton, you have a boss who wants his attacking players to freely express themselves. Mark Warburton’s teams over the years have always been attack-orientated, the Brentford side he cultivated in the 2014-15 season saw attacking midfielders like Alex Pritchard and Alan Judge become paramount for The Bees.

Warburton arguably left the groundwork for the continued ascent of Brentford, Sergi Canos joining the season after the now 59-year-old departed. The London-born boss emphasises attack as being key, seen in QPR’s arsenal of attacking talent in not just Willock but the likes of Ilias Chair and Albert Adomah.

Willock is the focal point of the R’s attacking game however, played in a number 10 role behind serial goal-scorers in Andre Gray and Charlie Austin at Championship level. All the ingredients were there for Willock to succeed, the former Arsenal man coming good with QPR.

Six goals and seven assists in 25 games shows a man in red-hot form, helping QPR to a playoff spot at the time of writing. His last three games have seen him score and assist in pivotal moments, a game-changer for The Hoops.

Assisting the winner in both victories against Coventry and West Brom, his solo strike against Birmingham a sign of his unbreakable confidence. Taking on multiple blue shirts, he skipped past Birmingham challenges before firing a shot past Wolves loanee Matija Sarkic at an acute angle.

He showcased his match-winning ability earlier on in the season too, taking the ball down and curling past the Middlesbrough keeper in mid-August to collect a fortunate win.

November would culminate in both Willock and Warburton picking up personal awards, both winning Player of The Month and Manager of the Month respectively. Both accolades were richly deserved, QPR unbeaten with their number 21 scoring three in four.

This combination has worked so effectively due to the detours both have made, detours that challenged them but made them ultimately stronger.

Willock had to leave Arsenal behind for success, Warburton had to navigate choppy seas in failing with Nottingham Forest and his lukewarm start at Loftus Road nearly resulted in an early exit.

But, with points to prove, both are major components to QPR’s playoff spot to date. In the shadow of Joe’s record-breaking few games last season for Newcastle, it’s safe to say the tables have turned dramatically on who is the Willock brother with the most stock at the moment.